Local Restaurants on How They are Helping Employees Weather the Storm

It has been a long couple of weeks and a particularly tumultuous period of adjustment for restaurateurs, service industry workers and the dining public since Governor Polis mandated that restaurants be closed to in-house dining last Monday. Many restaurants were fast to shift their entire operation towards takeout and delivery. The updated allowance for takeout booze has helped to bolster shaky sales, along with this week’s Stay-at-Home Order thankfully including restaurants in its list of essential businesses that may remain open.

Even so, EatDenver’s Katie Lazor has reported — from a survey that includes approximately 177 Denver-area restaurants — that 68.9 percent of restaurants had closed altogether with 82.9% of employees being laid off or otherwise put out of work. “Our staff has worked so hard, it was so hard laying everyone off. It was probably the most painful, saddest day in my career,” said Old Major’s Justin Brunson.

Fortunately, as quickly as the devastation arrived the restaurant community has sprung into action. Business owners have been working at breakneck speed to get programs in place to help their employees survive — initiating makeshift grocery stores, healthcare assistance, daily meals and fundraisers. While groups and individuals have been tackling the problem differently, the outpouring of support has been remarkably robust. 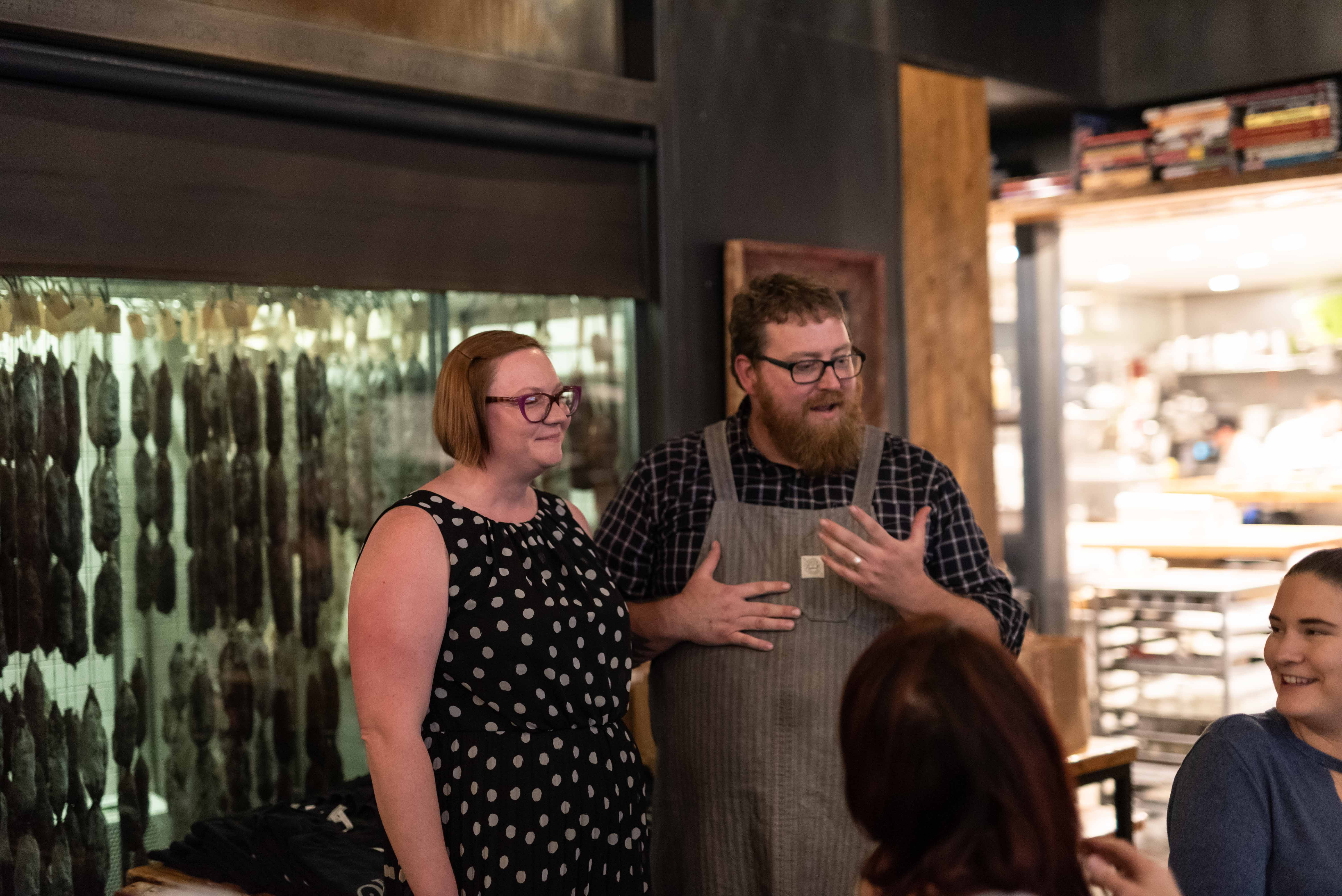 On Monday, March 16 — shortly after Mayor Hancock’s address revealed that city dining spaces would remain closed through May 11 — Juan Padro met with the other heads of Culinary Creative in the first of what would be many meetings discussing how to manage the days ahead. Having served over 90 days on the ground in Puerto Rico addressing the fallout of Hurricane Maria — working alongside Alison Thompson of Third Wave Volunteers — Padro was well-versed in mitigating catastrophe. Setting up an impromptu command center at Sloan’s Lake Tap and Burger, the team began tackling the big picture, the tiny minutia and everything in between. This style was echoed by Cart-Driver’s Andrew Birkholz. “We’re trying to take a longer view and stay true to our core values,” he said. “We took a focus of making sure everyone’s human needs are met,” he continued. Any business still in operation experienced some version of this, with a range of creative solutions being developed and adapted to fit the changing landscape.

For the large swathes of newly idle service workers, health care sits as the paramount concern. Restaurants like the Mountain Sun Pub Breweries are covering 100 percent of the employee health insurance premiums through June, regardless of hours worked at all five locations across Denver, Boulder and Longmont. All employees under the Culinary Creative umbrella will receive similar treatment, with anyone on their health care plan continuing to keep their benefits even if they are not working. Jeff Osaka — though having decided to close his businesses, for the time being — has been negotiating with insurance providers to keep health care benefits active for recently unemployed staff. Secret Sauce — the folks behind Steuben’s, Vesta and Ace Eat Serve — is paying 100% of the premiums for all enrolled employees’ care for at least the next 30 days.

Makeshift grocery stores were set up, serving the dual purpose of disposing of perishables and providing employees some ongoing sustenance. “I made sure everyone took home enough food for a couple of weeks,” said Brunson, who, adding a little pick-me-up, distributed all of Old Major’s well liquor. The Mainspring Collection — the people behind Room for Milly, Queens Eleven and Blue Sparrow Coffee — set up a similar event, with ChoLon Concepts taking all of their food and opening employee grocery stores downtown and in Stapleton. 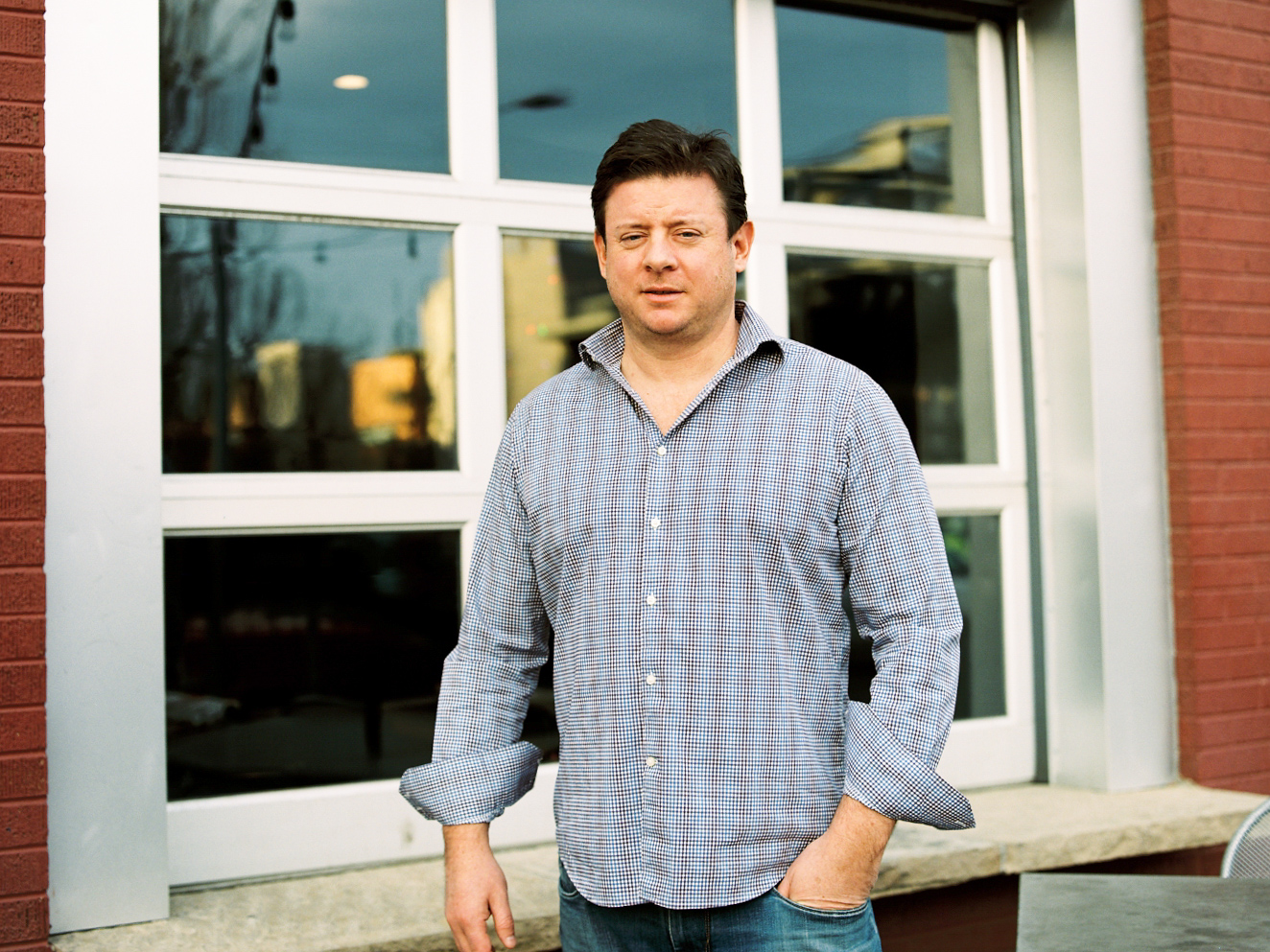 One of the most palpable and widespread approaches is the provision of daily meals. The Breckenridge-Wynkoop Group — the folks behind both Cherry Crickets, Wynkoop Brewing Company and Ale House — are putting together food boxes individually curated based on the person or family’s needs. Culinary Creative employees are each entitled to one meal a day from the Sloan’s headquarters. Cart-Driver is offering extended employee discounts, with a weekly fund of $100 per employee that allows staff to order raw goods directly from distributors. While Brunson has had to close his restaurants, his meat production company River Bear, and his deli counter in Leever’s Locavore have been working overtime in order to serve the populace at large.  “I’ve never felt so good about providing food for people,” said the charcuterie maestro.

The degree of personal commitment people have had for their staff has been staggering.

“Our businesses could not support ongoing payroll without revenue, as three of our four locations have just opened and we were a long way from breakeven. However, taking care of our front line hourly staff in this crisis is critical — the people who take care of us every single day, with such a commitment to their craft and who thrive on bringing joy to others. It’s time to take care of them. We are using personal savings to carry the businesses and staff through these closures, and are very fortunate to be able to do so as most business owners cannot. All of our staff are looking forward to getting to the other side of this and want nothing more than to be back at work doing what they love,” said Mainspring’s Fiona Arnold. 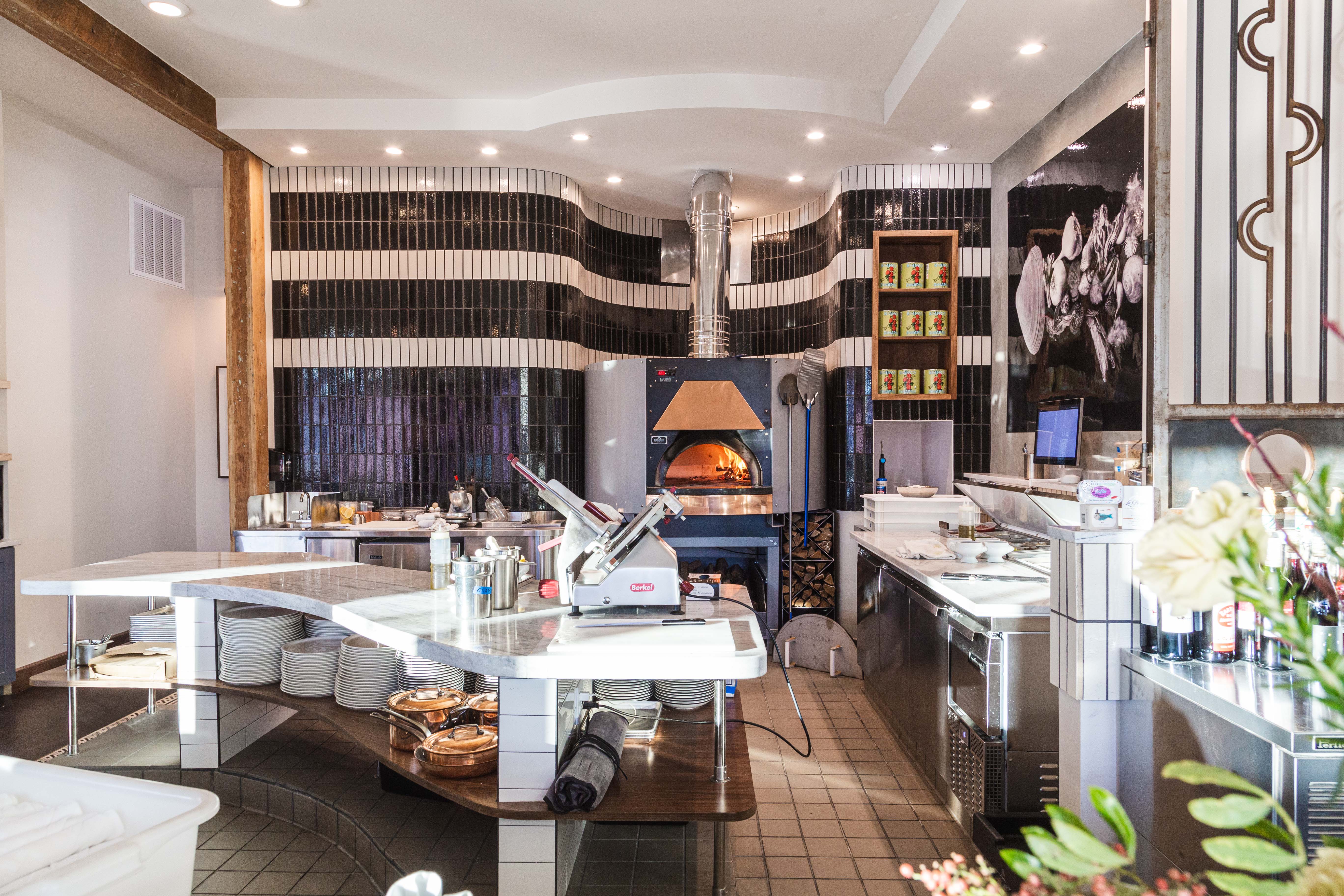 Many bars and restaurants have been using platforms like GoFundMe and Fundly to set up fundraisers for their staff. Locations and groups including Death and Co, Edible Beats, Beast + Bottle, Coperta, and Pizzeria Coperta and Prim Communication’s Feeding Colorado Heroes all have active pages.

Other groups have opted to set up more robust and wide-reaching fundraisers. Sage Restaurant Concepts has launched Keep Calm and Carry Out, which dedicates $1 for each take-out order placed at any of their concepts to Feeding America. Sage’s three restaurants — Urban Farmer, Kachina Cantina and The Corner Office — are all now serving curbside pickup from the Kachina kitchen. Since launching, the program has garnered over 100 additional restaurants to join the cause, including all 40 Snooze locations, Rosenberg’s, Steuben’s, DaeGee and others. The Colorado Bartender’s Guild has initiated Colorado Family Meal — a donation-based program that provides roughly three meals per $10 donated to service industry workers in need. Operation Family Meal — a collaborative effort between Avanti, CHOW and other restaurants — offers employees who were working at restaurants, bars and hotels free prepared meals and mental health services.

READ: Linger, Root Down and More Are Giving Away 50 Meals a Day to Denver Elementary Schools

Additional restaurants and organizations have taken it upon themselves to not only feed their employees but to address the community at large. Pomegranate Hospitality has turned Safta into a relief center for restaurant workers suffering from layoffs or dramatically reduced hours. Every night, the team will pack 250-300 free to-go dinners. Dinners will be available on a first-come-first-serve basis with a limit of one meal per person seven days a week between 3 – 5 p.m. The relief program will run alongside the restaurant’s pick-up and delivery options. Nearby Zeppelin Station will have a similar program, offering 150 meals each Tuesday and Thursday to unemployed workers who text ahead. By texting 716-262-9834 with first and last name, place of former employer, a phone number and an active email by 5 p.m. the day before, people can pick up a curbside meal between 12 – 2 p.m.

While addressing physical needs it can be hard to remember how important mental health is, particularly when people are cut off from social life. “We’re wired to be brought together. Now we’re being told to stay apart. It’s unnatural,” said Padro. Restaurants have been careful in keeping lines of communication open, using Slack and phone calls to check in on staff. “No employee can go more than 48 hours without talking to somebody,” elaborated Padro. “It’s our GM’s responsibility to be in constant contact with people,” he continued. Birkholz feels communication to be equally important, individually phoning employees to discuss concerns. “There aren’t any easy answers,” said the restaurateur.

Even with the crippling uncertainty that looms over each passing hour, the community has been doing its best to press forward with solidarity in mind. “People’s energy needs to be directed towards helping one another,” said Padro. While we’ve done our best to include some of the industry’s finest examples, this is only a sample of a much larger group that is addressing the overwhelming crisis with extraordinary compassion, conviction and poise.