Of all the things to love about Denver, the music scene is at the top of the list. On any given weekend you’re sure to find locals soaking up the sunshine at Levitt Pavillion enjoying their free summer concert series or dancing the day away in Five Points enjoying any of the neighborhoods countless festivals, like the annual Jazz Fest. This weekend, music fans will undoubtedly be found on 16th Street Mall for the eighth annual Denver Day of Rock.

Denver Day of Rock takes place on the Saturday of Memorial Day weekend each year, giving locals a chance to see a variety of talented musicians from all genres. The single-day festival is presented by AMP the Cause, a Denver organization that partners with a variety of local nonprofits including Denver Children’s Home, Metro Caring and many more. In addition to being a day full of great music, Denver Day of Rock is also an opportunity to give back to those organizations that serve the Denver community.

The single-day event is set to kick off at 2:30 p.m. this Saturday, and will last the duration of the afternoon and into the evening. With more than 25 artists set to play on one of five stages, there’s sure to be something for everyone. While the festival is totally free to the public, there are plenty of opportunities for Denver locals to support AMP the Cause and the organizations they partner with throughout the day – including VIP packages for anyone who wants rockstar treatment throughout the event.

So who exactly are the artists taking over 16th Street Mall this weekend and how can you determine which sets to catch? We’ve got the lowdown for you below!

The Lowdown: Eli Young Band has been a noteworthy act within the country music scene for almost 20 years. They’ve won a slew of awards, including a Grammy and an ACM trophy for their song “Crazy Girl.” If you’re a fan of country music – or just want to some incredible live music – this is one set you won’t want to miss. 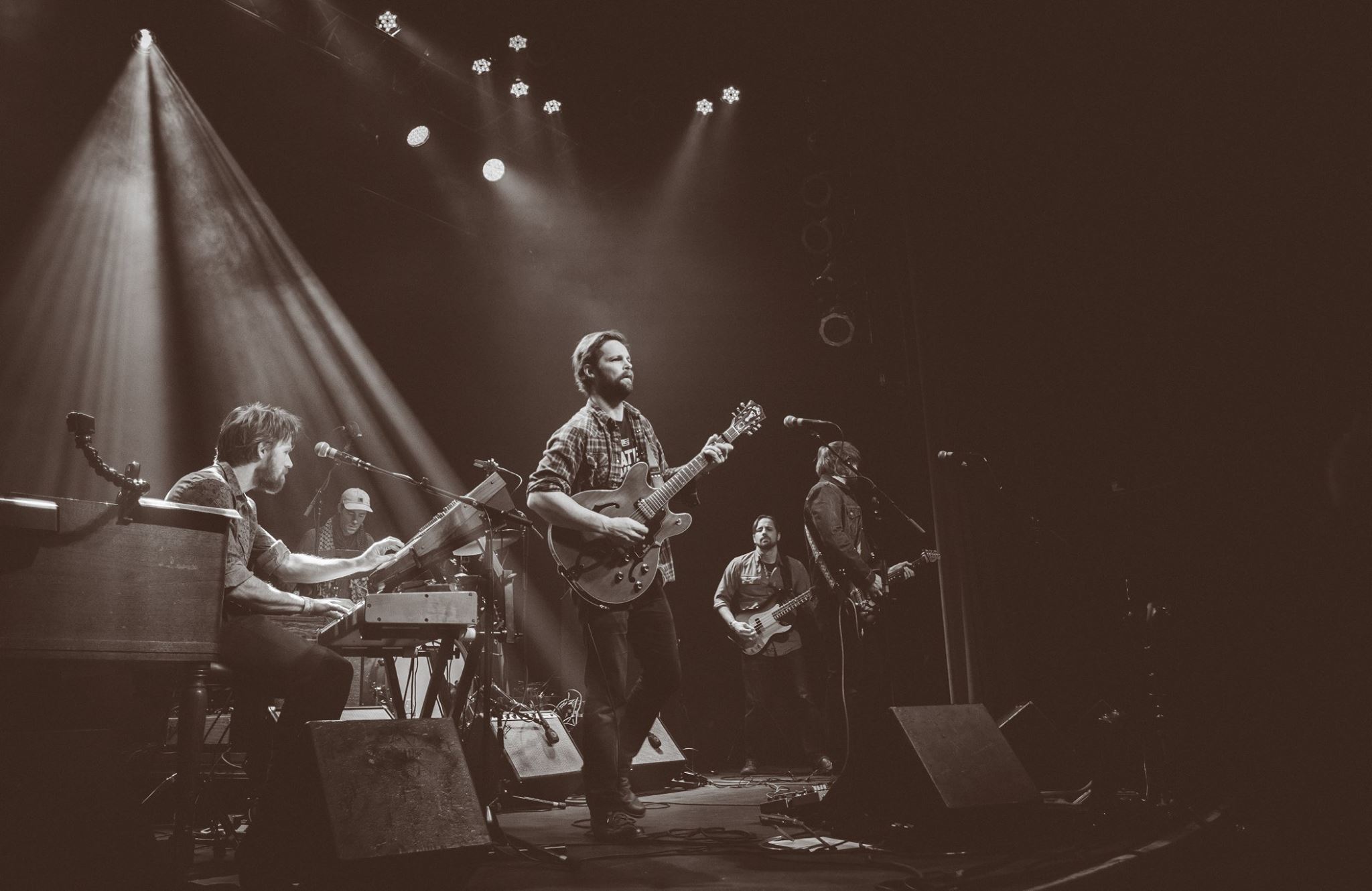 The Lowdown: If you’ve been keeping an eye on the local music scene, then you’ve likely seen one of Strange Americans’ sets at some point in the past 10 years. The Americana group has done a lot over the last decade, and they’ve certainly got a bright future ahead of them. Whether you’re new to Denver or just interested in seeing one of the local scene’s favorites be sure to show up early to catch their set. 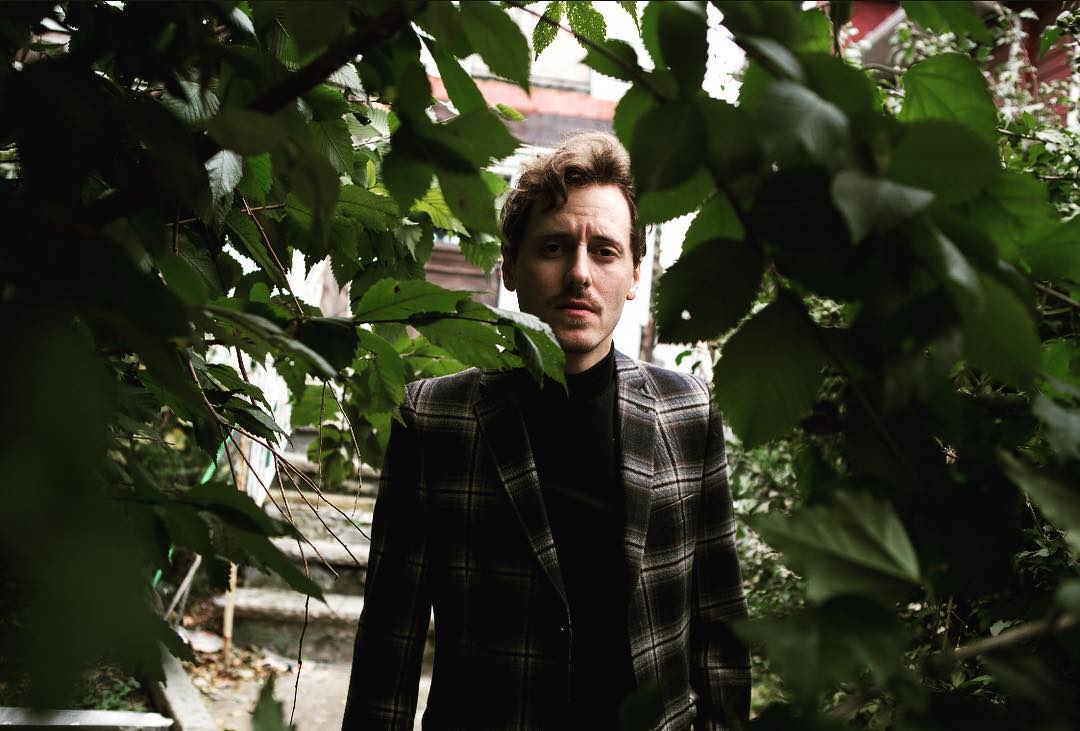 The Lowdown: Nashville’s Austin Plaine released his sophomore album earlier this year to mountains of praise. His poignant music reflects both nostalgia for a lost love and an optimism for what’s still to come. A truly talented singer-songwriter, if you haven’t heard Plaine’s music yet then this is a perfect opportunity to get a taste for what he has to offer.

The Lowdown: While they’re one of the newer bands in the local scene, Denver’s Wildermiss has had a quick rise to the top of our list of bands to watch. Not only is their music great for jamming to in the car, but the group also puts on a great live performance. Following a tour with Bronze Radio Return, the indie rockers will play a dinner time set – and trust us, this is one band you don’t want to miss. 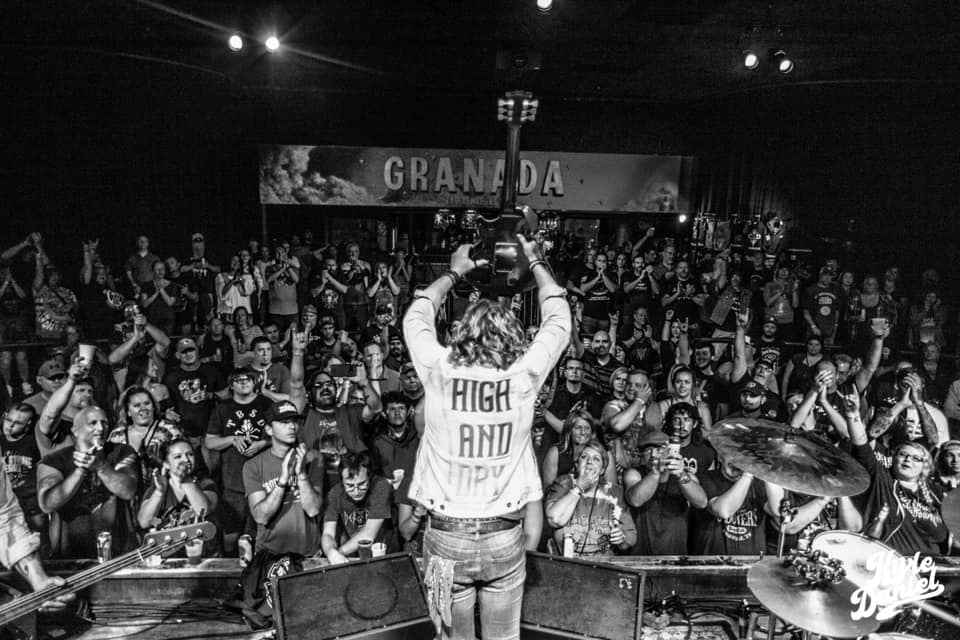 The Lowdown: Kyle Daniel has made no secret of the hardships he’s faced in life – in fact, that’s exactly the subject of his most recent EP. That kind of honesty can’t help but produce good music, which is probably why Rolling Stone gave his recent music such a positive review. From the classic guitar-driven rock to the lyrics that strike a chord with nearly everyone who hears them, Daniel is clearly doing something right. 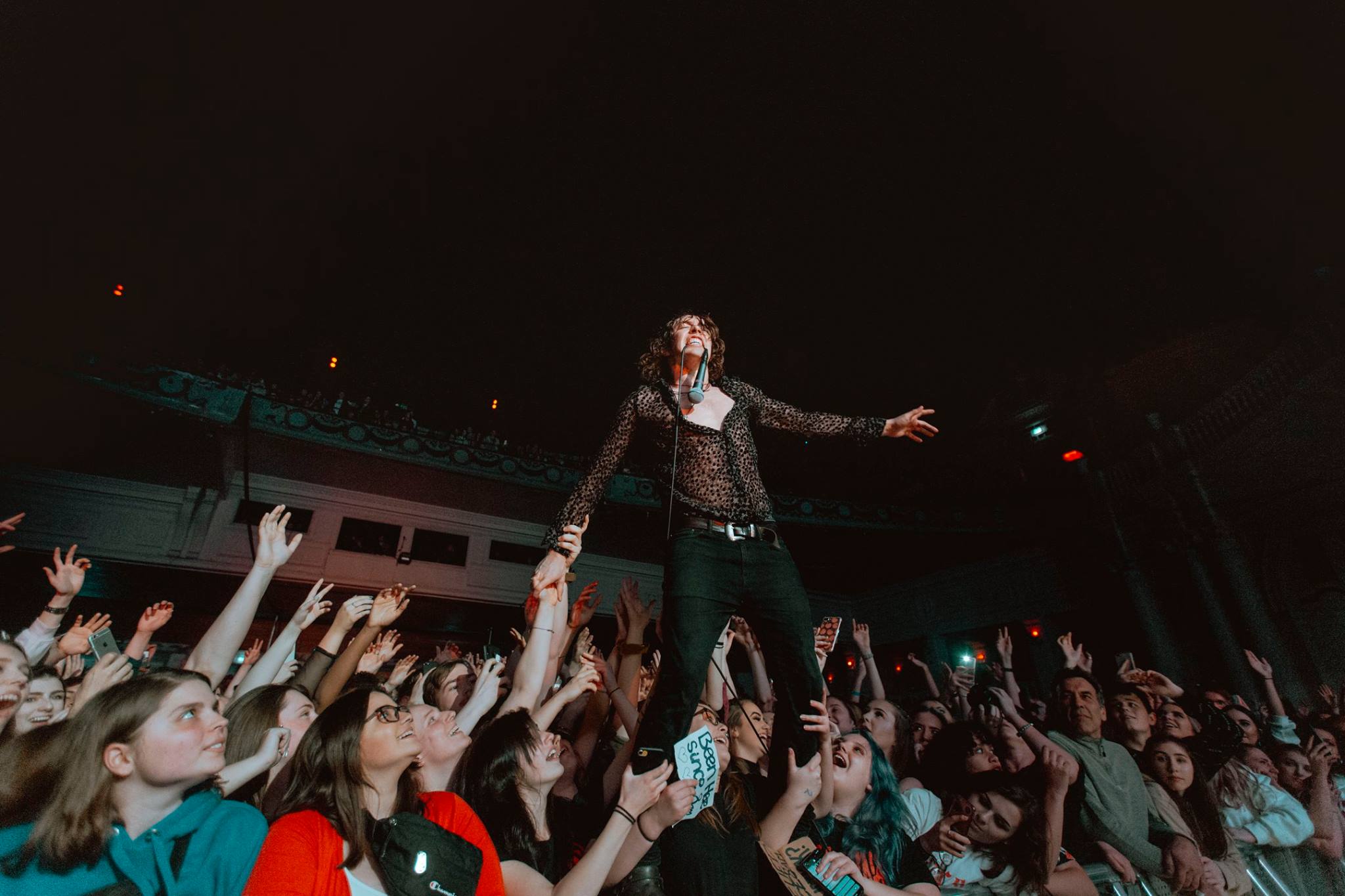 The Lowdown: While there are certainly plenty of adjectives to describe Barns Courtney, you could describe him best with just one: cool. You may have already heard the blues-rockers breakout single “99” which was released last year — but if you haven’t heard it, take the time to check it out, as you’ll definitely want to be able to sing along when you catch his set. 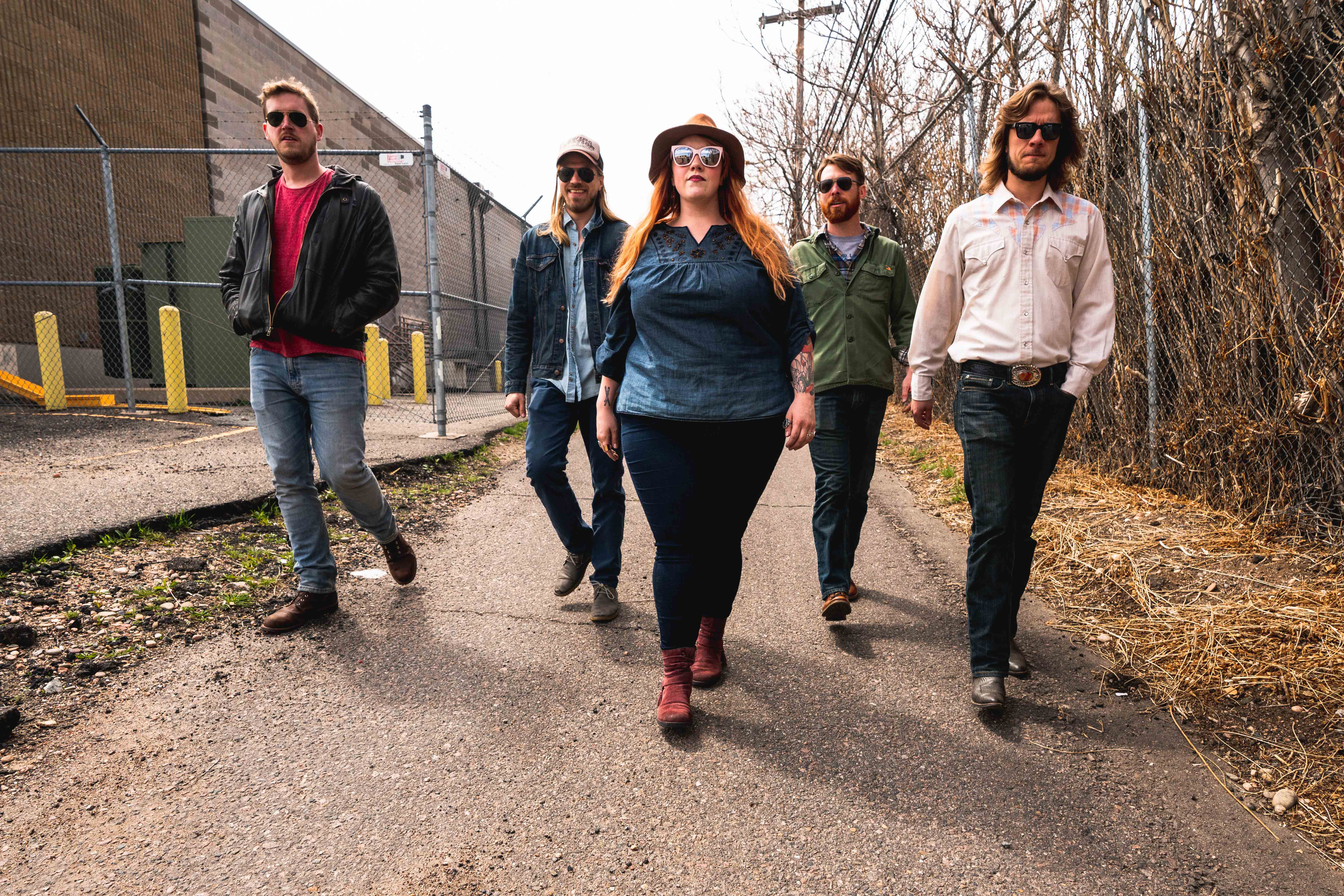 The Lowdown: After fleeing a dull finance job in Chicago founding member of King Cardinal, Brennan Mackey relocated to Denver — and we’re certainly glad he did. While the Americana quintet’s music has gained them quite a bit of attention, you won’t need to know all of their songs to have a great time. King Cardinal has also devoted plenty of time to a cover series that is near and dear to them, so you’ll likely be able to sing along to a few of your own favorites — and maybe discover your new favorite local band. 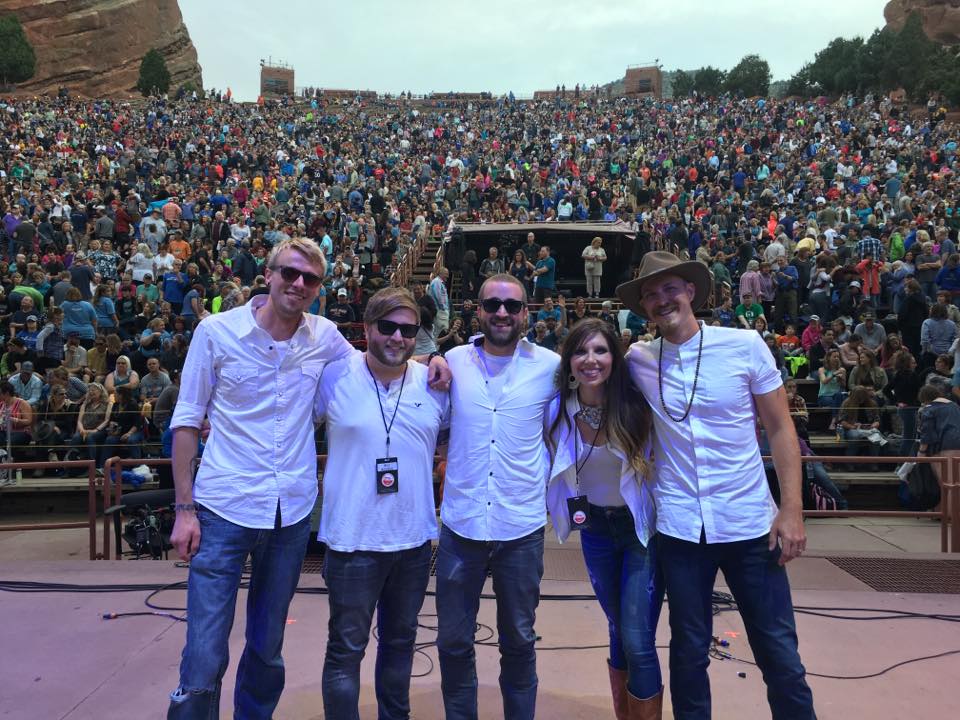 The Lowdown: The husband and wife duo behind Dearling have an impressive musical history, including playing alongside noteworthy artists like Kelly Clarkson and Justin Timberlake. The Denver-based folk group will be the perfect set to catch for anyone looking to slow things down Saturday afternoon. 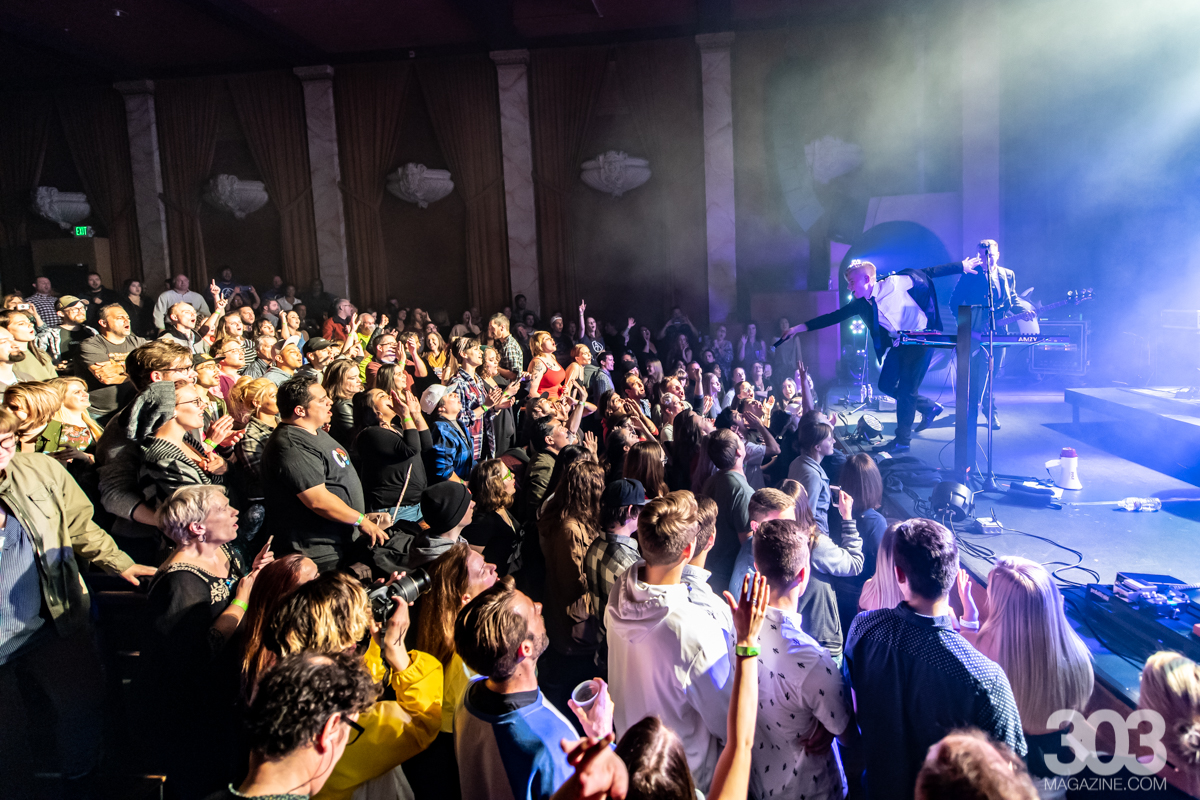 The Lowdown: AMZY has made a name for themselves here in Denver. Not to name drop, but they’ve played alongside artists such as Bastille and Cold War Kids among many other talented names in music. You probably caught the modern-rock group kicking-off Grandoozy last year — and if you didn’t, then their set this Saturday will be your chance to see exactly what you missed. 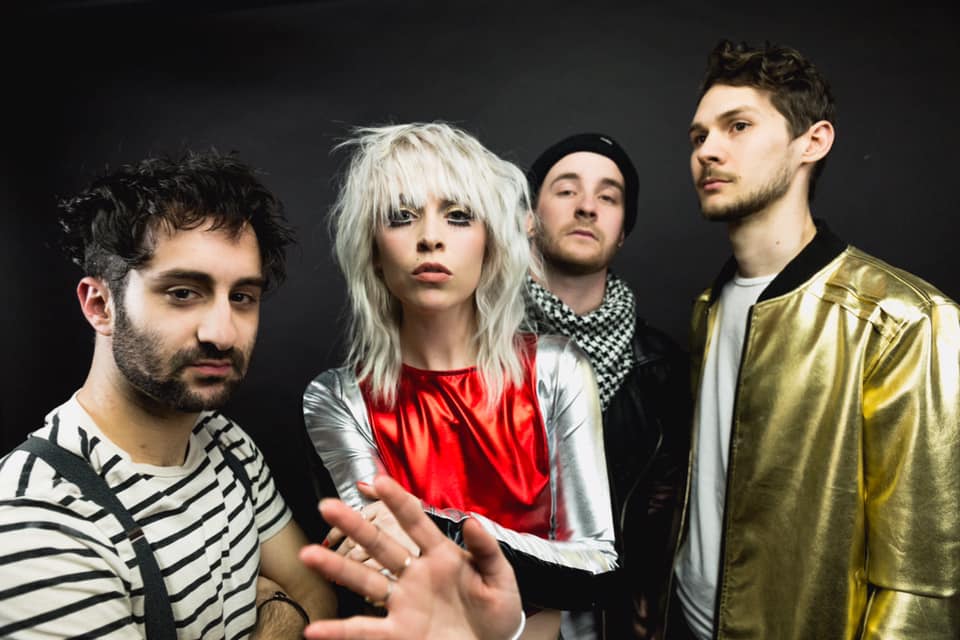 The Lowdown: This Nashville-based indie-pop group will no doubt make you want to dance. They’ve already made an impact in their hometown and been praised for their stage presence. If you’re looking to discover new music this weekend, then The Foxies will be one to keep an eye on. 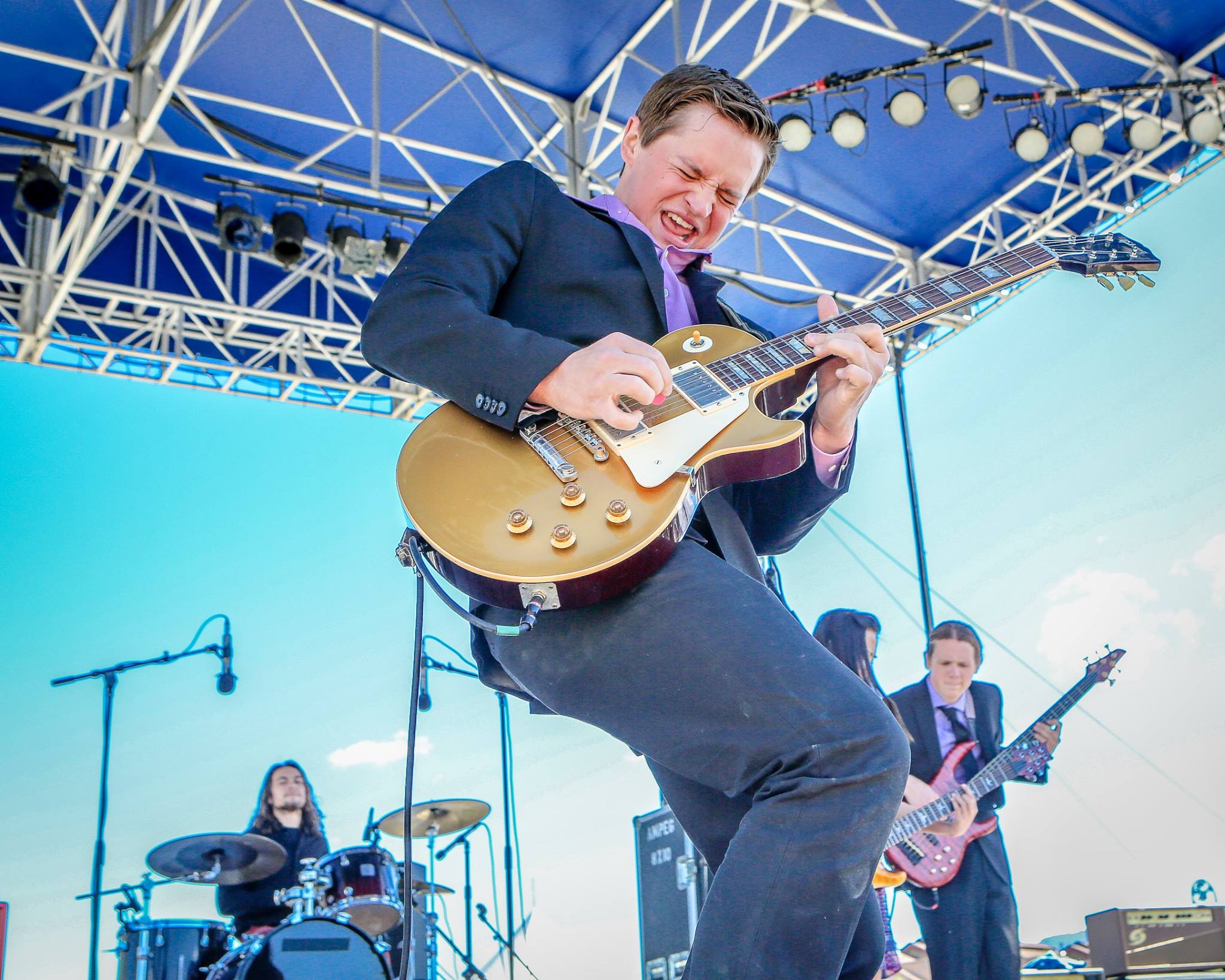 The Lowdown: According to their fans, there is one thing sets Austin Young Band ahead of the rest: talent. The guitar-driven rock will be a great way to slow things down if your feet are tired from a day full of dancing. 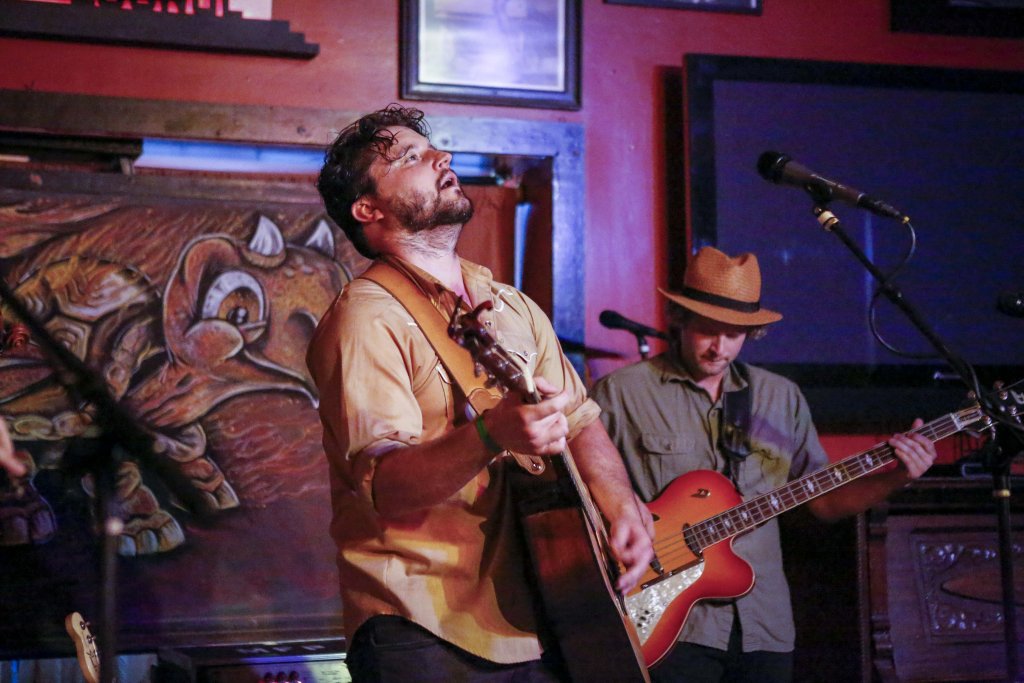 The Lowdown: What started as a small band based out of Greeley has quickly expanded, and Silver & Gold has left their mark on the Denver music scene. The rock quintet has shared the stage with COIN and Sorority Noise among other noteworthy artists — don’t sleep on this set. 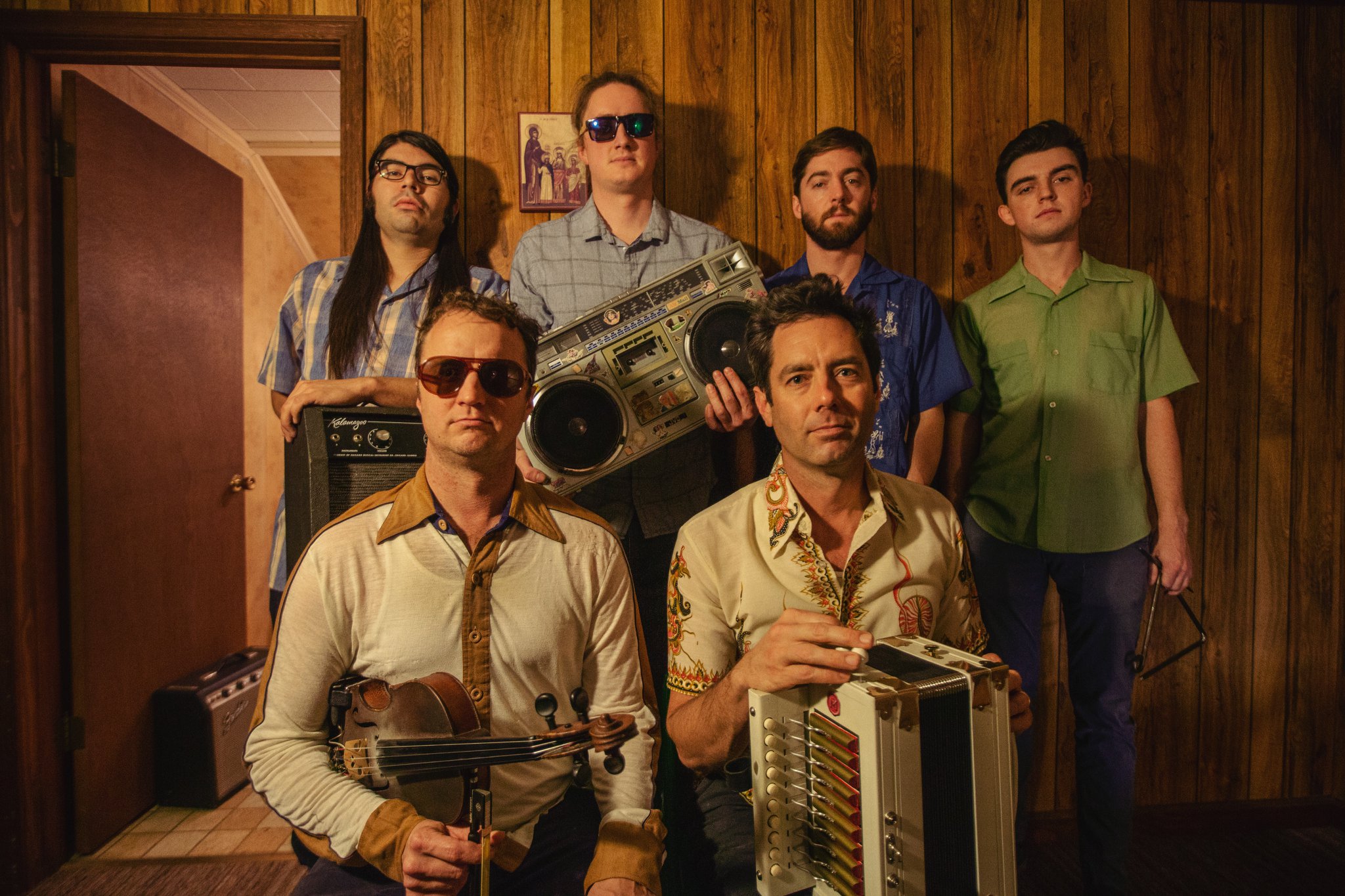 The Lowdown: As their name suggests, Lost Bayou Ramblers’ music finds its roots in Cajun tradition. The Louisiana-based group has produced eight albums, one of which awarded them a Grammy nomination. For any transplants homesick for a taste of the south, be sure to swing by and catch Lost Bayou Ramblers this weekend. 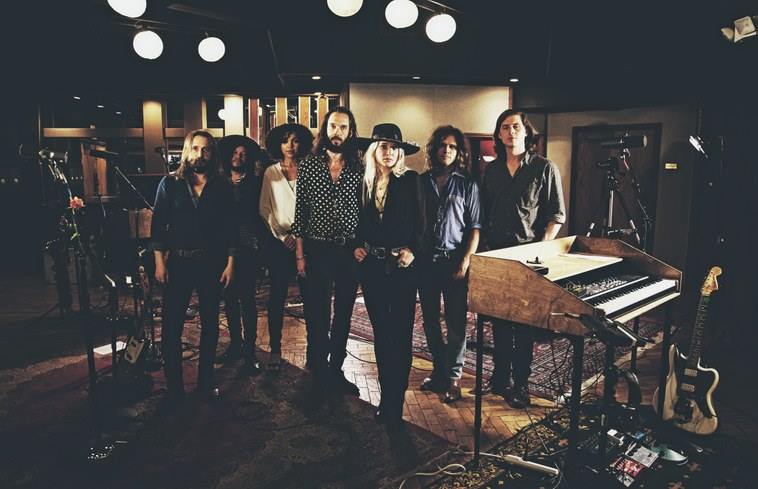 The Lowdown: Brother-sister duo Wild Belle released their latest album earlier this year, and it proved to be an exciting album full of jazz-infused reggae. The duo recently decided to leave their label and embark on an independent music journey and based on the reviews of their newest album they made the right choice. 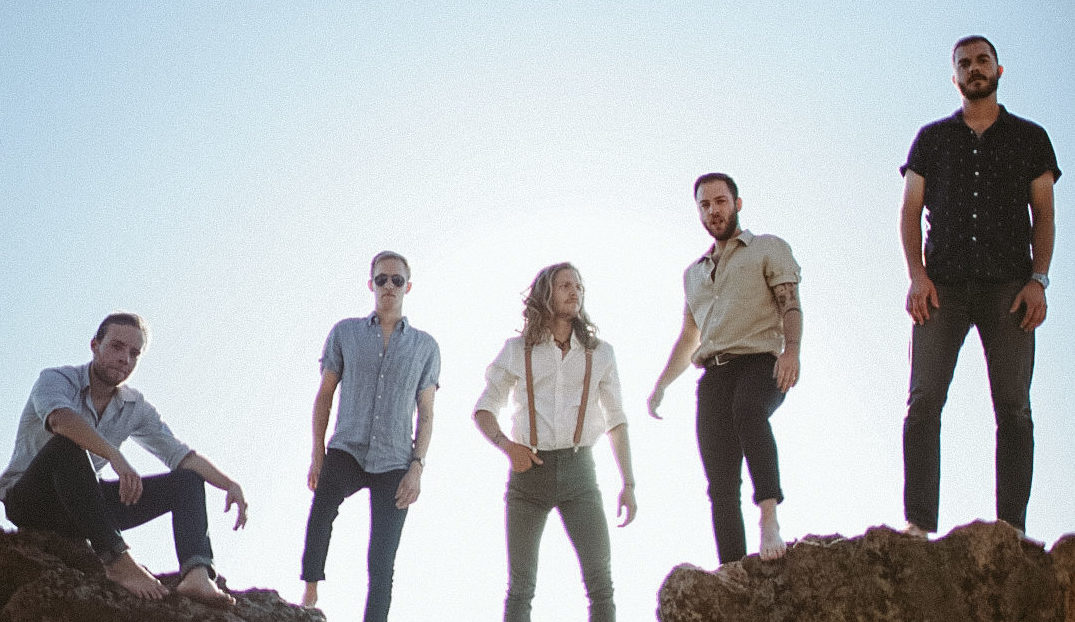 The Lowdown: Whitacre has grown to be one of Denver’s favorite folk bands — and if you’ve ever heard them play, it’s clear why. Born out of a pickup basketball game, Whitacre’s banjo-infused folk is everything there is to love about the genre. 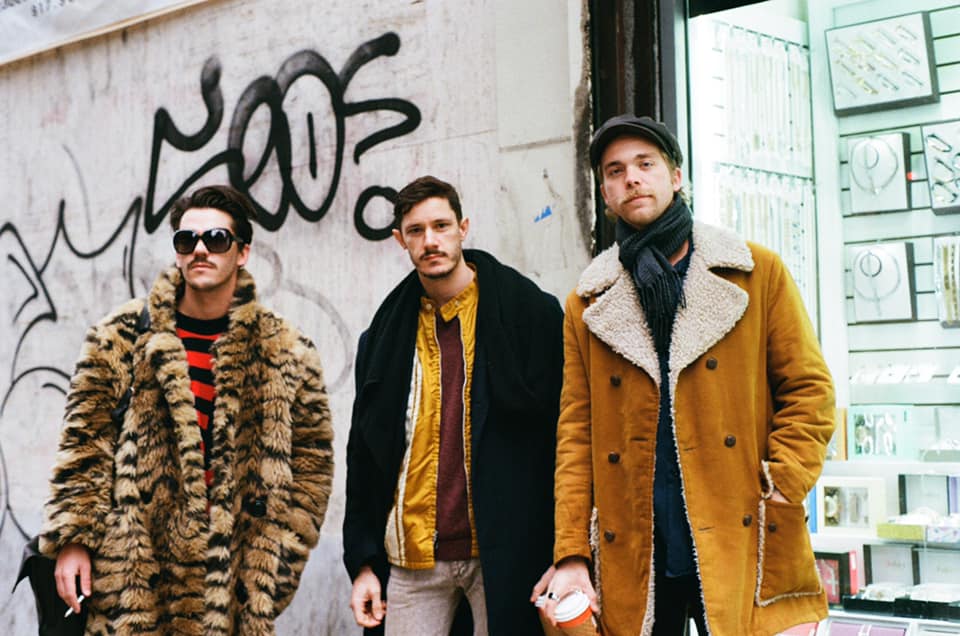 The Lowdown: Nashville-based band The Brummies fall somewhere between retro surf rock and pop. Their melodic tunes are perfect for a mellow afternoon at the coffee shop, but they could just as easily lend themselves to rockin’ a massive stage. Last year they gained national attention for their duet with Kasey Musgraves and may be on their way to massive success — and playing Denver’s Day of Rock will be one step along the way. 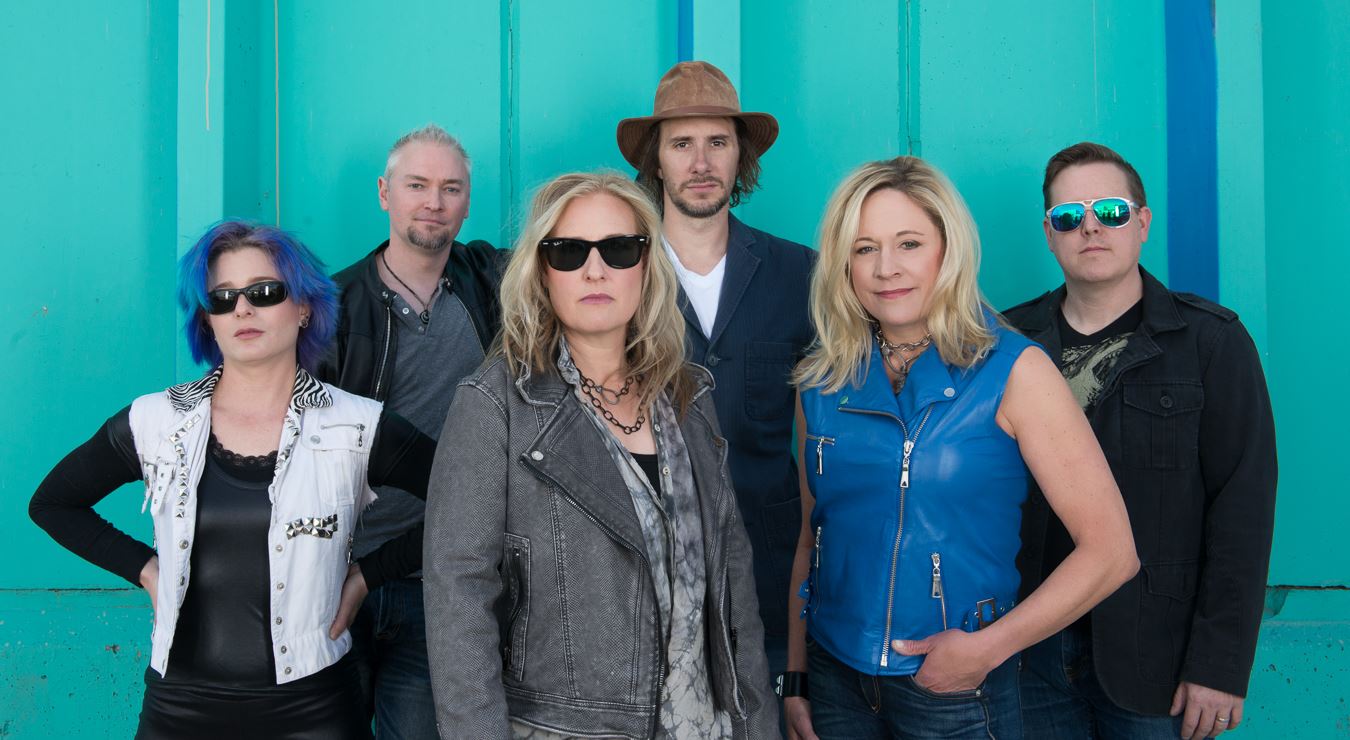 The Lowdown: Colorado’s own Tracksuit Wedding can be counted on for bluesy anthems and powerful vocals. The vintage rock group is full of experienced musicians who play with the enthusiasm of a band who just sold out their first venue. 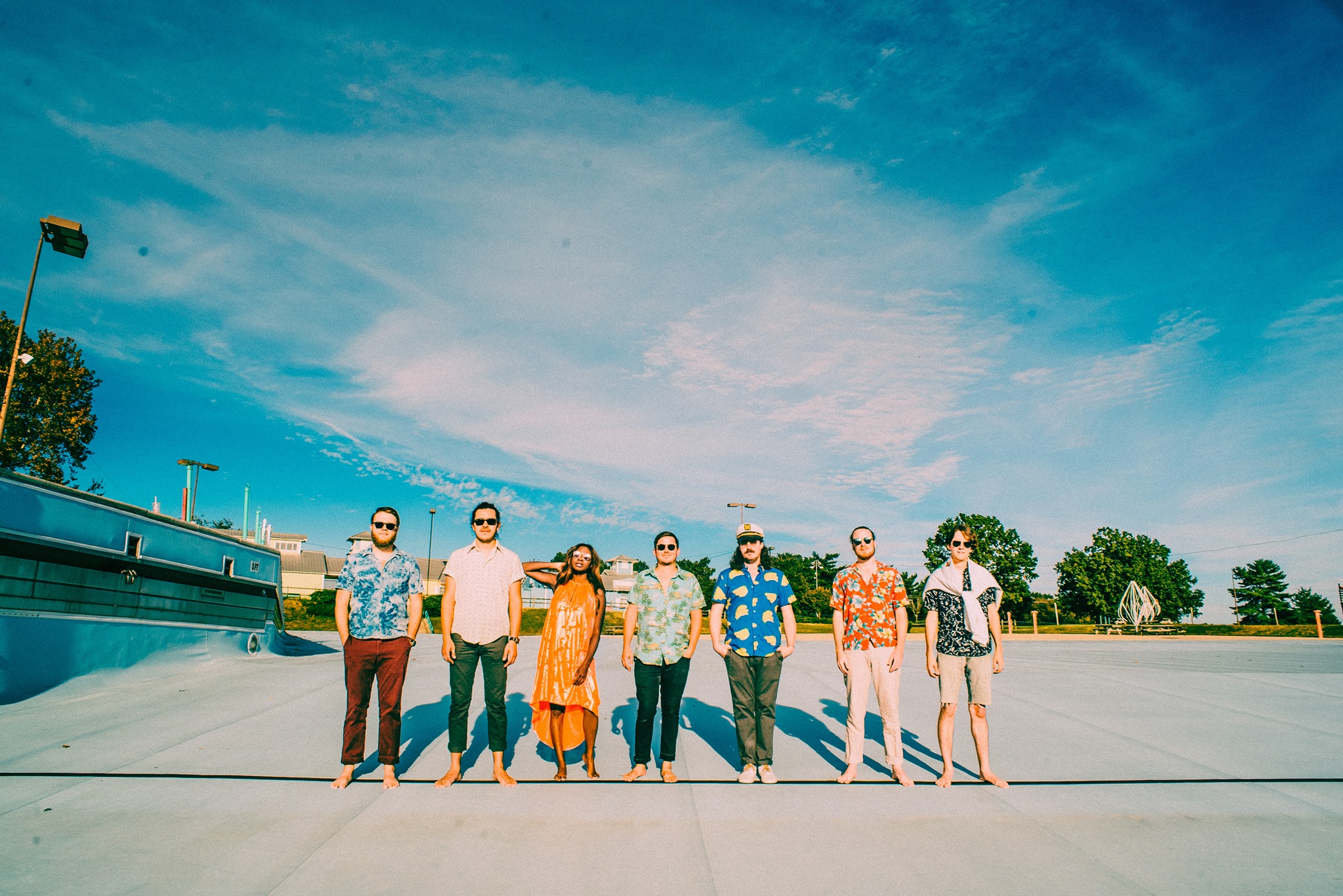 The Lowdown: With 9 members, LUTHI is big enough to be a party of their own. However, when it’s time for a party, the more the merrier! LUTHI’s upbeat funk-pop is exactly the soundtrack you’d want to have for your own party — so don’t miss out on what’s sure to be a dance extravaganza. 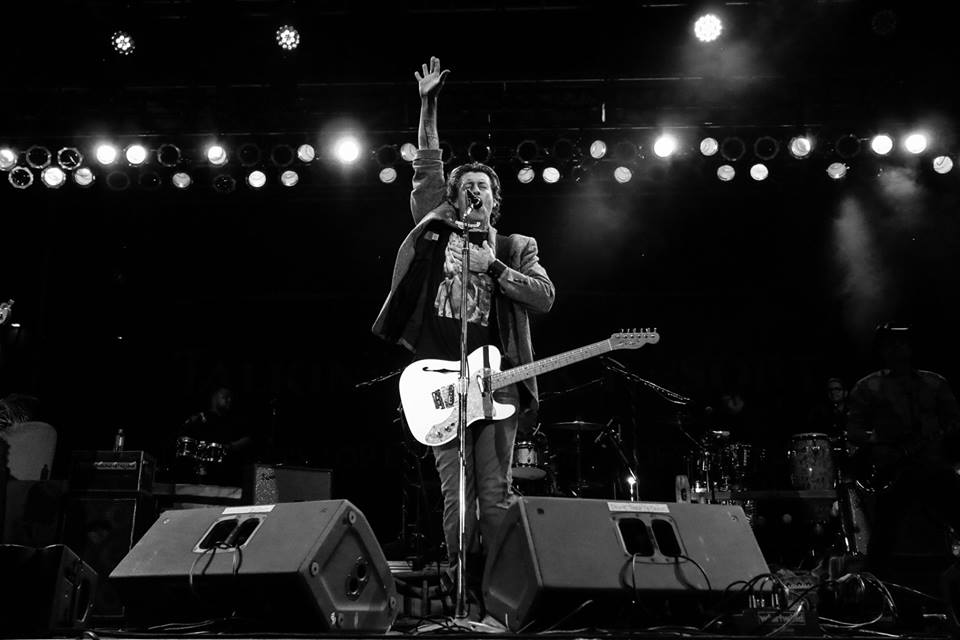 Photo Courtesy of Roger Clyne & the Peacemakers on Facebook

The Lowdown: Somedays, there’s nothing better than some good, old-fashioned rock ‘n’ roll — and that’s exactly what you can expect from Roger Clyne & the Peacemakers. The group has been compared to the likes of Bruce Springsteen, and with their southwestern brand of rock, it’s not hard to see why.

The Lowdown: After a year-long break, Denver’s Hello, Mountain returned to the local music scene with a new release earlier this year. The indie-rock trio’s music is as fun as it is uplifting, and their set this Saturday is one you won’t want to miss. 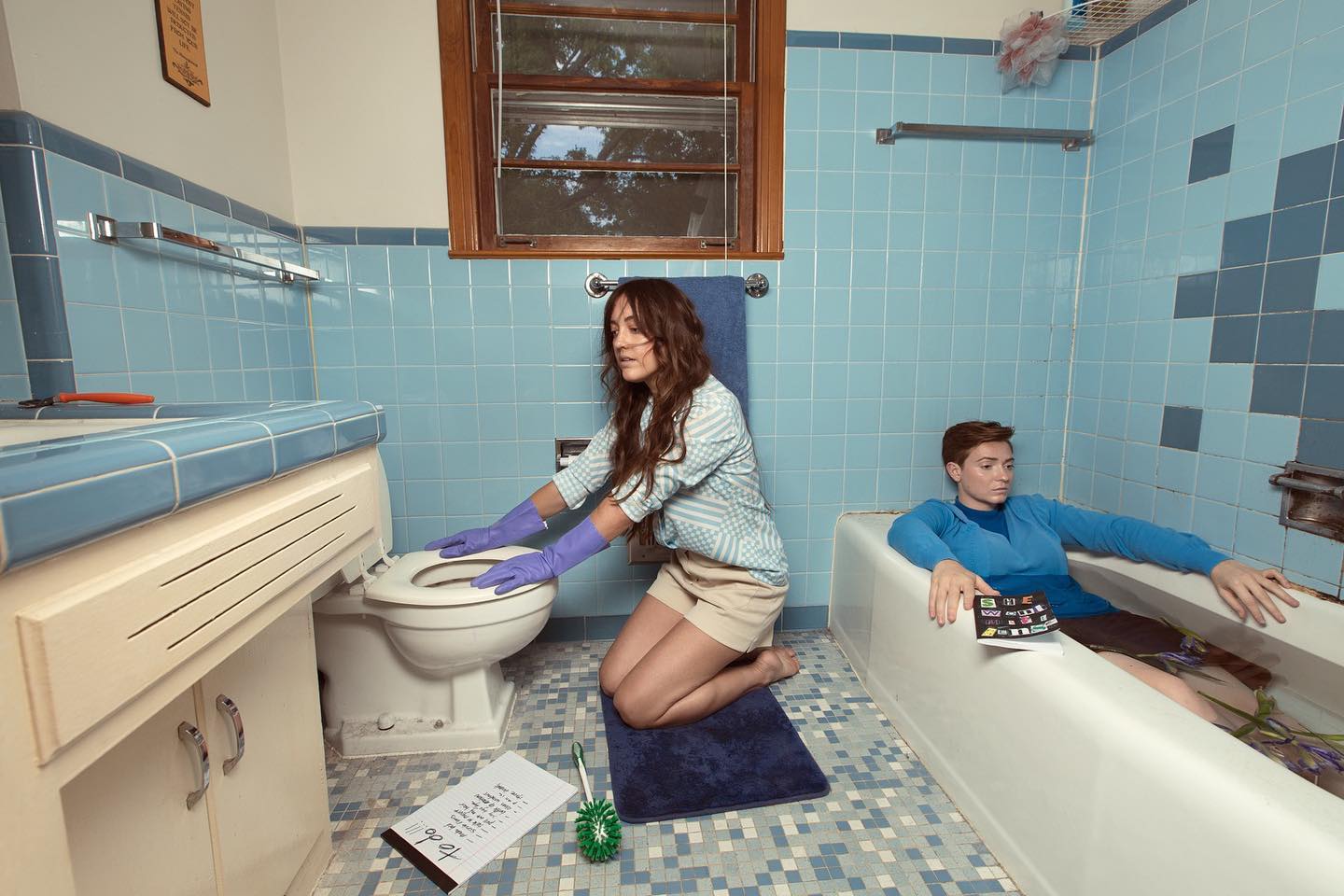 The Lowdown: New York-based indie-rockers, The Harmaleighs, have gone through a lot to get to where they are now. From breaking-up as a romantic couple to focusing on mental health, The Harmaleighs have worked hard to do what was right for them as individuals as well as a musical duo — and if their most recent release is any indication, we’d say their hard work paid off. 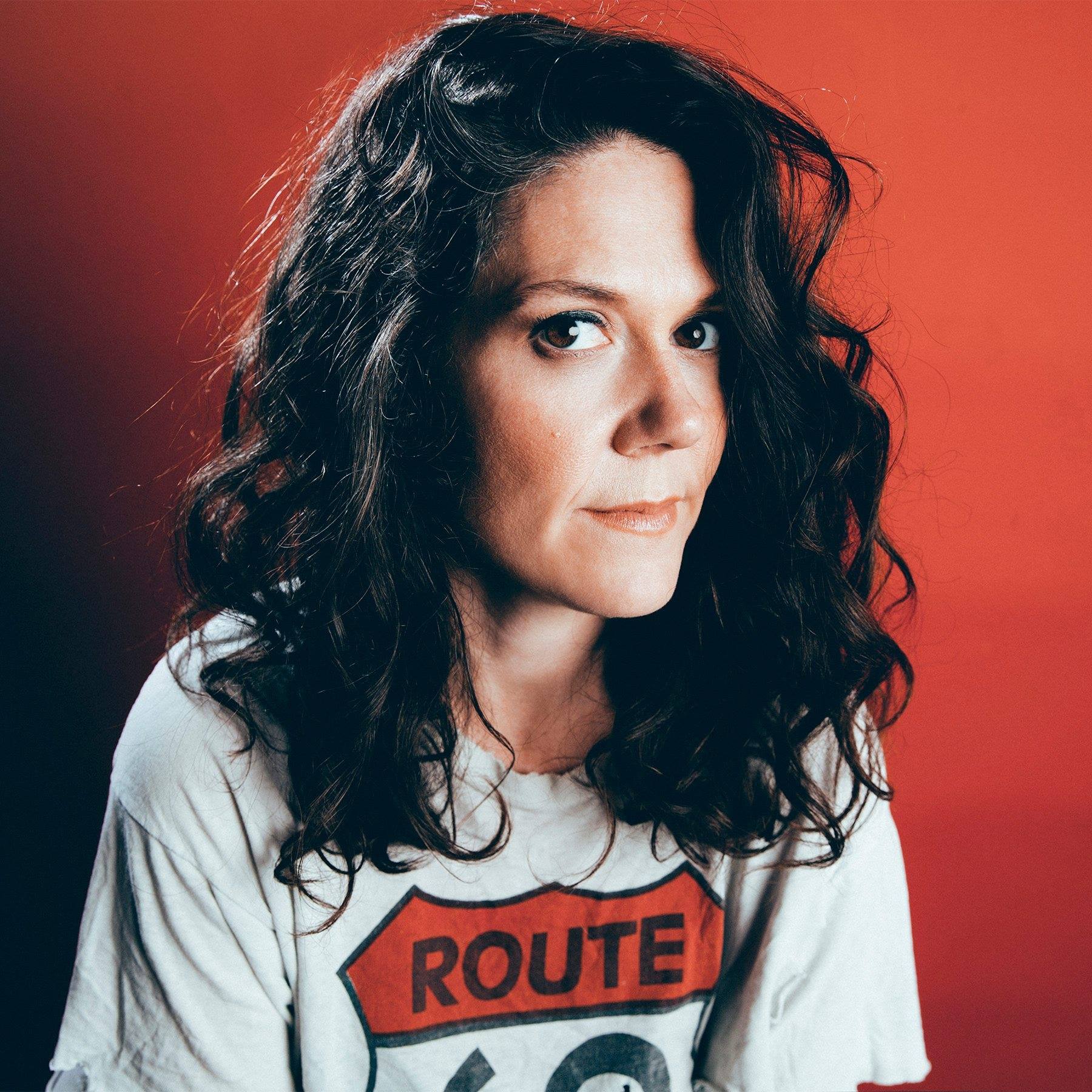 The Lowdown: Nashville’s Lilly Hiatt’s music is unabashedly honest. Hiatt discusses where she’s been, where she is and what’s on the horizon — but that’s not to say her music is self-absorbed. In fact, her music is refreshingly relatable. 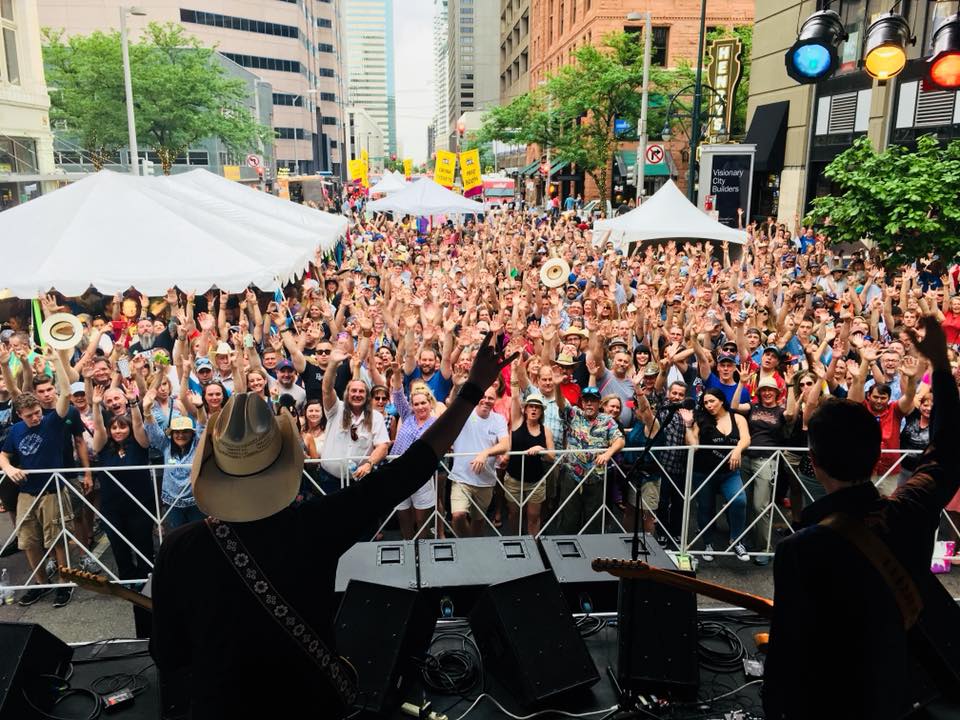 Photo Courtesy of The Railbenders on Facebok

The Lowdown: The Railbenders have been a staple in the Denver scene for more than 20 years. So if you haven’t seen them yet, then the only question we have to ask is: Where have you been? Falling somewhere between country and classic rock, the group has won numerous local awards, including sponsorship from Coors Brewing Company. Considering The Railbenders’ staying power, you’ll definitely want to make sure you stop by their set.

You can purchase VIP passes for Denver Day of Rock here. If you’d like to make a small contribution to AMP the Cause and support some of Denver’s best organizations, you can make a donation here.