I don’t know if you guys have heard, but there is this little thing called Divide Music Festival coming up July 22-24, 2016 in Winter Park. If you’re a music fanatic, a Colorado lover and outdoors activist, well, you should probably go grab your ticket.

303 Magazine was able to sit down with some of the local artists that are performing at Divide, one of them being the alternative rock band AMZY. Over the years, they have performed with artists such as Bastille, Cold War Kids, Flume and so many other talented artists. They’ll be playing on Friday, July 22 so make sure to check them out.

303: How did your band come together?

AMZY: Brennan, Sean, and Nick met each other in High School and all of them were involved in various bands and film projects together. Everyone went to college for a few years, but Sean and Brennan reconnected in 2013 and started working on a new project that would eventually become AMZY. Nick joined the band in the Summer of 2014 to play bass, but we still didn’t have a drummer. We then decided to put out a sketchy post on craigslist to see what was out there. Wes, who was looking for a good time, answered the post and became the one-and-only “Wes, the drummer.”

What’s one of your first memories of getting into music?

Brennan: When I lived in Australia, my school had various music programs so my parents made sure I signed up to them. Unfortunately, I was way too ADHD to be committed so I moved around from piano, to singing in a choir, and then to the Trumpet. It was only when I moved to Colorado in 2005 and met the kids on my street (Nick was one them- he played drums at the time). They needed a singer and bass player for their band so I signed up. I remember feeling more at home making terrible noises in a band than playing scales in a room.

Wes: There’s a home video my family has of a Christmas morning when I was about 18-months-old.  One of the presents I unwrapped was this little drum with a mallet.  I guess that was probably it!

Nick: I grew up in Chicago, and in 2nd grade, my school had a guest band come in for an assembly. The band playing was a Latin rock fusion band with mostly strings and percussion. I remember hearing the bass drum booming, and just getting really excited at the time. My mom picked me up from school and I was trying to explain the feeling I got when I heard the drums. All I could say was “I could feel it in my heart more than I could hear it”. To this day my mom asks me if I “feel it in my heart” when we see bands play.

Sean: One day, my cousin Jason had a few girls over and handed me a microphone when I was 5-years-old. I stood on top of the pool table as he played “Paradise City” by Guns and Roses. I started to sing along and really get into it before jumping off the table to sing to one of the girls. I proceeded to run around trying to get everyone into it. I jumped back on top of the pool table, ending the song with a classic rock’n’roll stage tantrum! I remember opening my eyes and seeing everyone’s jaw on the floor. That’s the day I found out I was born to be a performer and it started me on the road of being a musician. 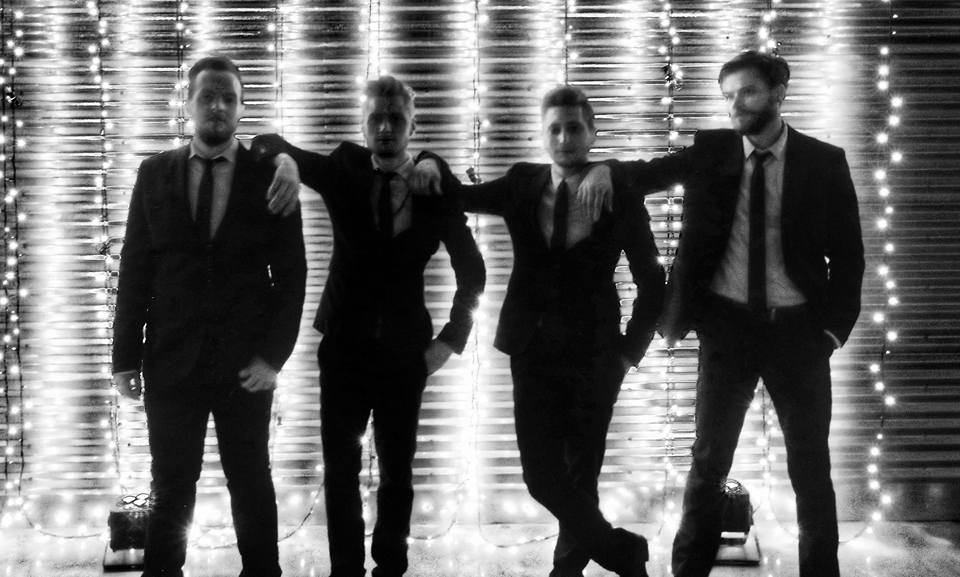 What aspects of Colorado influence your sound?

Great people who are always trying to find something to do. There’s always a show, or an open mic, going on throughout the year so it really enables musicians to develop their craft. The contrast between winter and summer is a big influence. The former paints a white landscape with leafless trees and forces you to stay inside and reflect while the latter means you can release all that built up energy to join life and dance with every person around you.

Oh, and those mountains.

What can the audience expect from your show?

A lot of energy, dancing, and something called a “viol-synth.” Our primary goal is getting the audience pumped up and dancing along with us and we won’t be afraid to jump off the stage, grab you by the hand, and get you moving.

What’s your favorite venue to play in Colorado?

Oooh, that’s a tough question… We played the First Bank Center for 93.3s Not So Silent Night, which was our first foray into what it feels like to be one of the big acts, but as musicians AND fans, we’ve always enjoyed the more intimate concert settings like the Bluebird or the Gothic. Coincidentally, we’ve headlined both those venues, but we’d have to go with the Bluebird because looking out and seeing the marquee, the sold out room (and crowd-rafting over it) — it was all an unforgettable moment for us.