All photography by Jake Cox

At the beginning of the year, the up-and-coming local indie-rock band Gestalt entered a realm where a pink sky drips onto a cityscape made of gems. As they explored further, they encountered mandalas on the heads of snare drums, potted palm trees and a sleek (but comfy) leather couch.

They had breached the portal of Miri Music, a new full-service recording studio made and managed by Ramel Sanchez. Its eye-popping, prismatic and illusory interior is the work of muralist and tattoo artist, Justin Wood. 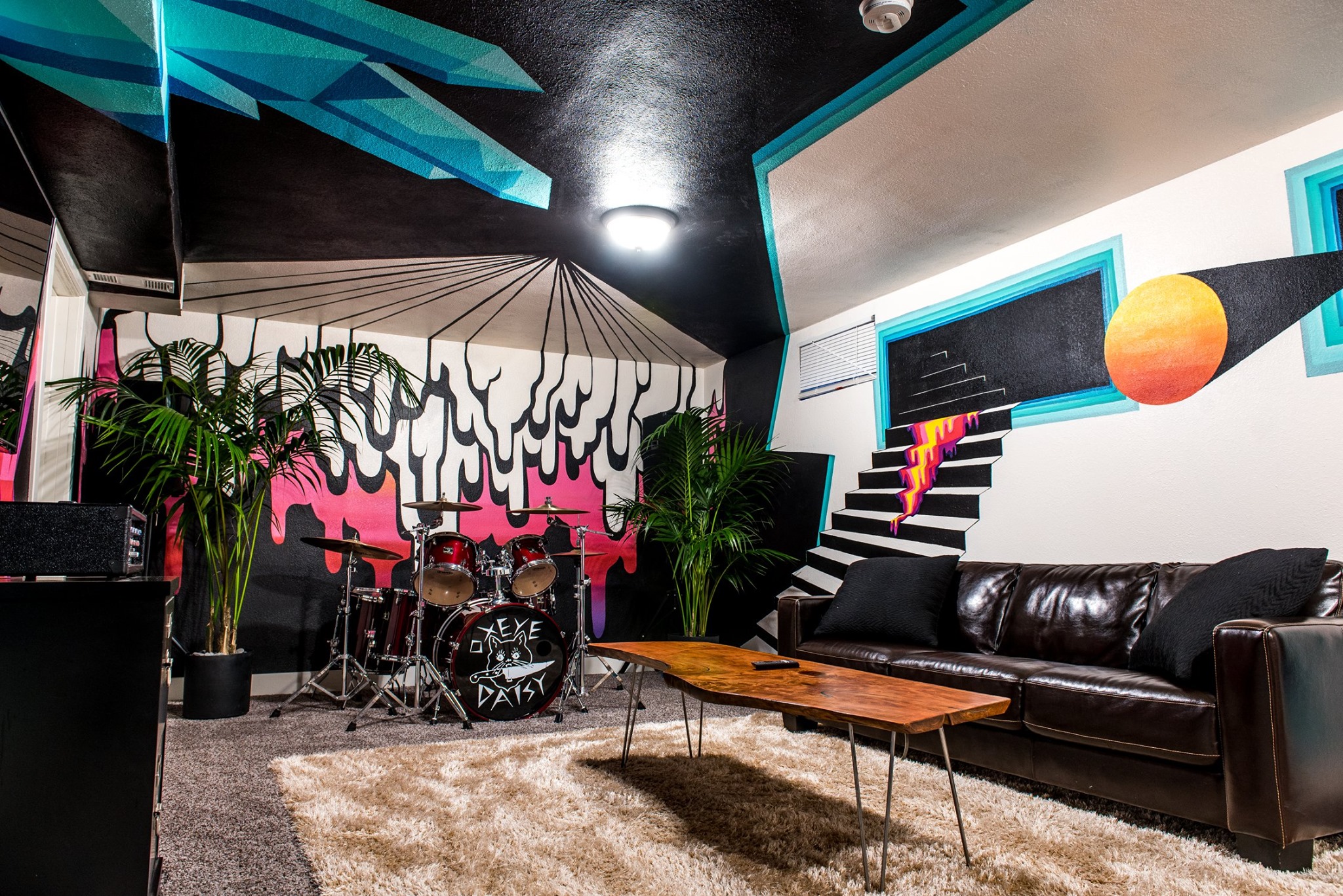 Even the most passive purveyors of Denver music, for whom Sanchez’s name might not ring a bell, are frequently blessed with his sonic skill. He plays drums in Oxeye Daisy and bass in Nuancer, is a part of Babelord, and runs sound at The Roxy Theatre. (Those who prefer to entrench themselves further in actual dirt than in the local music scene might be familiar with his landscaping business, Miri Earthworks.)

Though the studio accepts bookings for recording, mixing and mastering, its cardinal feature is the live music video sessions. To execute them, Sanchez assembled an audiovisual team. Mixing audio alongside Sanchez is Stephen Pamas, who also plays guitar in Oxeye Daisy and fronts the band Hello, Mountain. Video producer Andy Borgione — whose work has a lo-fi feel — and photographer Jake Cox, whose style is clean and sleek, together create Miri Music’s visual magic.

For every month of 2020, a local musical act will perform a live session at Miri Music, which the studio records and releases free of charge for the artists. January’s session featured Big Dopes, while Gestalt stars in February’s. Because Gestalt performed two unreleased songs during their jam time, Miri Music will publish separate videos of each track. They’ll release the final two videos in the forthcoming months, right as Gestalt officially drops their new tunes. The first installment of Gestalt’s live session — in which they play their 2018 song “do i look lovely” — premiered today.

The intended function of Miri Music within the local music industry is threefold. Firstly, Sanchez wants to show the new growth happening in various pockets within the scene. When it comes to selecting artists for a live session, he said, “I’m really trying to find people that, to me, represent these kinds of core different genres in Denver, so that way, you get a full tasting of everything we have.” The Velveteers, Wildermiss, Star Garbage, The Reminders and Ramakhandra have all shown interest in Miri Music sessions. church fire will be the featured artist in March.

Sanchez also knows firsthand what it’s like to navigate the local industry as an up-and-coming musician, and he’s leveraging that knowledge to make it easier for other artists to do so. He said, “To have someone that’s willing to provide you something quality so that you can get kicked off and start getting gigs — that to me is huge for the artist.”

Thirdly, as a performer, Sanchez has participated in quite a few live music video sessions, but a lot of them felt impersonal to him. He found that ingenuity doesn’t translate in a sterile environment with little to no variance in lighting or staging between artists. Therefore, the Miri Music team is more than willing to customize the session’s production to fit the personality of the band.

Another propagator of that impersonal feel is a lack of preparedness on the studio’s part.

“As an artist, I’ve been in live sessions where there’s just, like, a lack of forethought and everyone feels a little awkward and doesn’t know what they want,” said Sanchez. “I put a lot of thought into making our sessions feel fluid for the artists — where they just get to show up, have some snacks, hang out with their friends, play a few songs and then go home.” 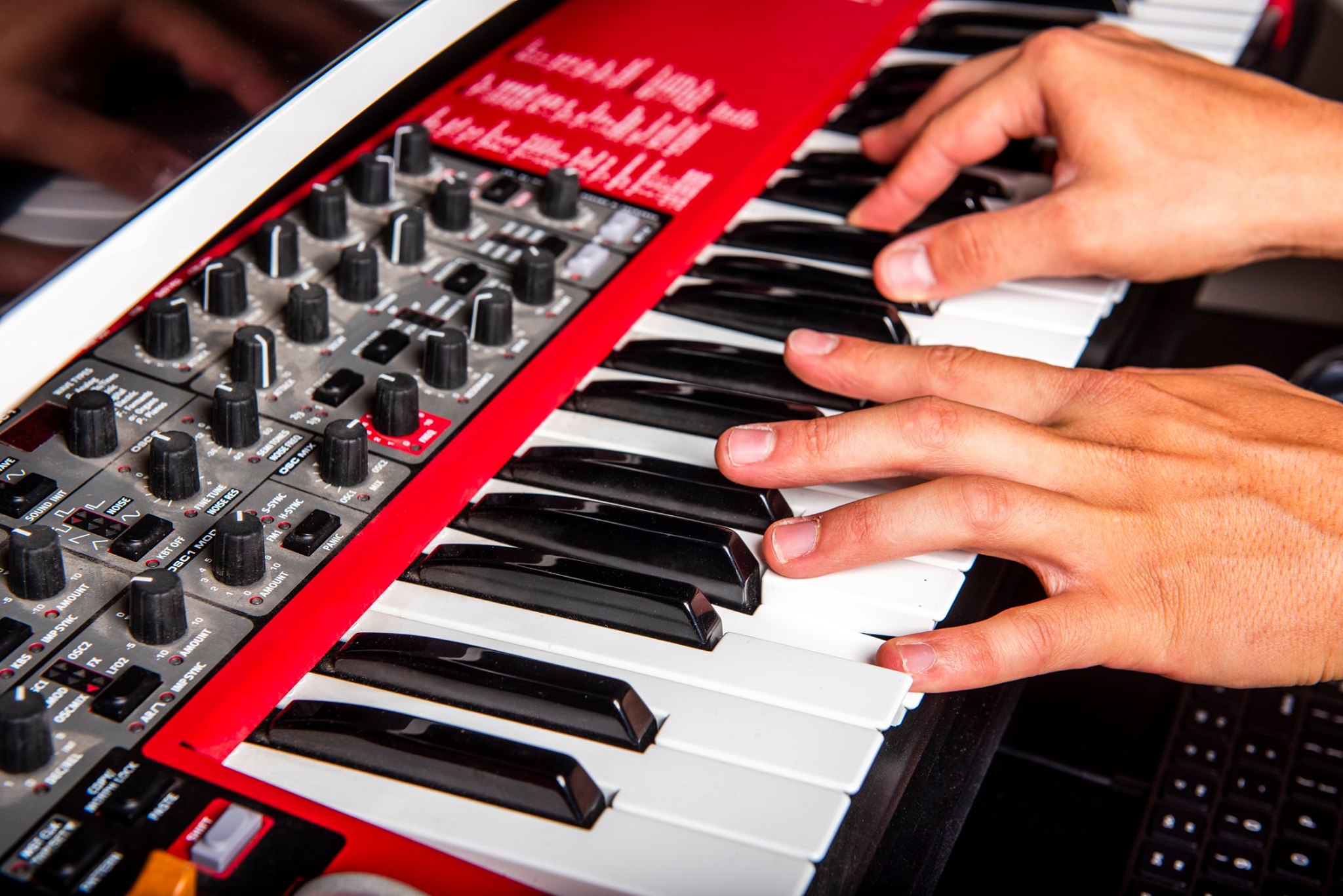 Despite Sanchez’s successful history in bands, his cinematic flair and passion for backend orchestrations predate his love of performance. In high school, he took a music tech lab class, where he was tasked to compose little beats on GarageBand and make up different jingles for popular commercials. Of those projects, Sanchez enthused, “I just loved it. I became really, really attached to making music that way. That was the first time I merged the worlds of visual and audio.”

Students in that lab would also score videos made by their peers enrolled in a filmmaking class a few doors down. Some of Sanchez’s friends took that class, and when they later become collegiate film students, they continued to send him their projects to score. He still has film scoring aspirations.

“I’d still love to do a Hans Zimmer-type thing eventually. Feels like a far-off dream,” he admitted. “Once I moved on from school, it felt like I’d taken a path of performance instead, whereas composition would’ve taken me that other way. That’s kind of why I have desires to still go back. But then I found this love of performing in bands like Oxeye Daisy, so I was like, ‘Hey, performance is not too bad!’” 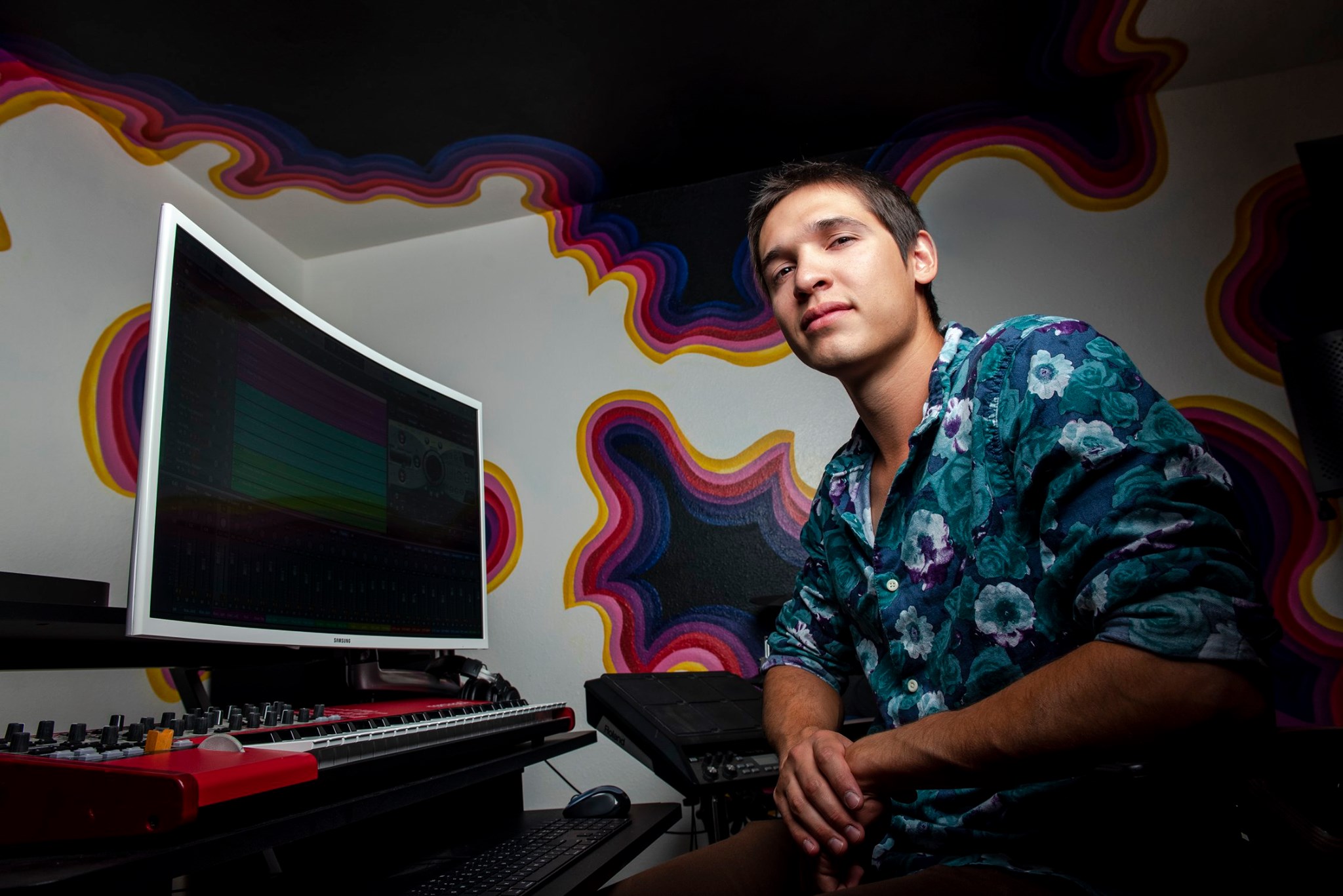 Miri Music’s live video sessions cut a trail through the land that lies between the seemingly divergent paths of composition and performance because Sanchez’s passion flourishes right where audio and video overlap. He aims to visually capture sound and translate visuals into sound.

When I asked him to describe the relationship to music and video, he paused. “Amazing,” he finally breathed out. This nebulous relationship between sound and image — how, in our minds, one calls forth the other — dazzles Sanchez. He rhapsodized about the unending “feedback loop” that occurs between all the different people involved in motion pictures, including the actors, the musicians on the film scores, the set stylists, the lighting engineers, the directors and the scriptwriters. “I like big-production stuff,” he admits. “It’s exciting for me to see a creative vision upheld by so many artists. It’s a process of grandeur, and…” At this point, he trailed off, as if rendered speechless by the deluge of sounds and pictures his imagination produced.

At many other points in the interview, Sanchez talked a mile a minute, gushing especially about the people in his life and how thankful he is to have reached this point. (He wasn’t rattling off thanks in that rehearsed, hollow way of award show winners, either — his displays of gratitude were genuine.) But there are some dreams that are too precious for words. 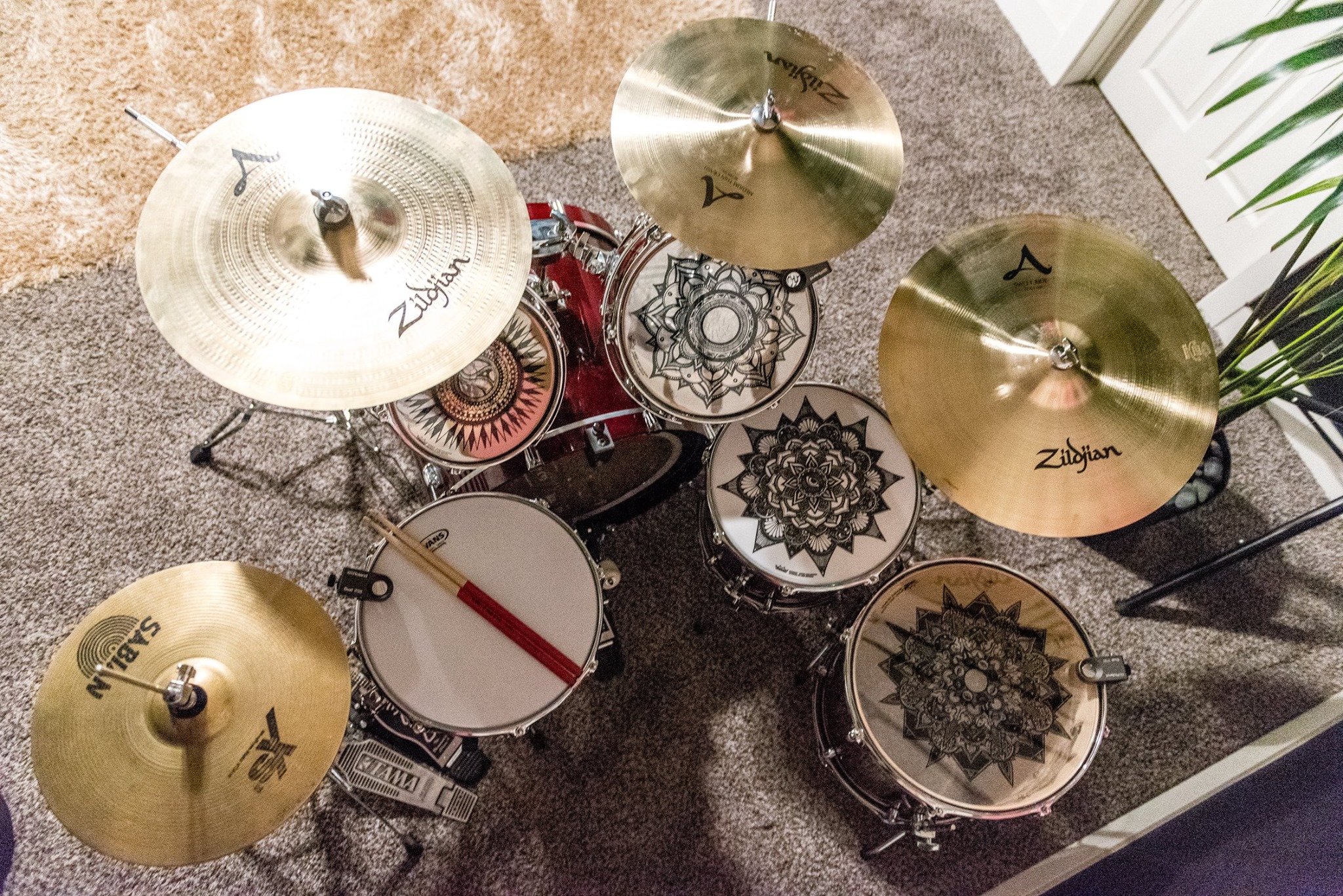 That was not the only moment during Sanchez and I’s time together when his imagination transformed his speech. When I inquired about his ideal version of Miri Music, he first answered with statements in the future tense — “I’d love to get a commercial space where that we can rent to practicing bands”, “I’d want a place where Justin Wood could also do tattoos” and “It’d be more of a collective wellspring of what they want to hear and see.”

Then something curious happened — the coffee shop in which we sat faded in his mind’s eye, and an ideal vision of Miri Music materialized in its place. Since he could see it in his head, he simply described it to me, this time using the present tense instead of future: “It’s a recording studio. We do the live session there. We rent it for photoshoots… Artists are having peer-to-peer connections and talking about new great music that they love from the city.” 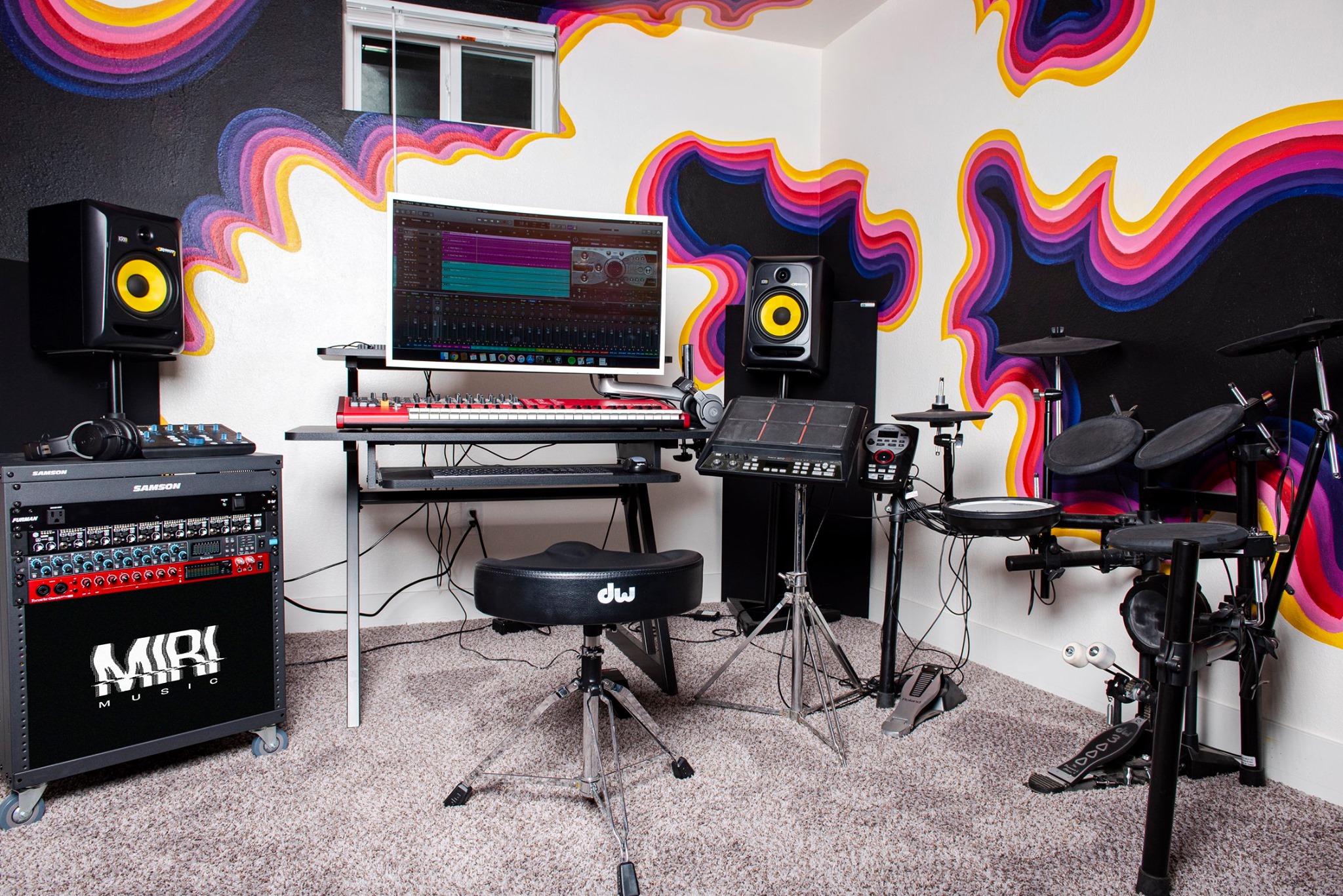 I am not the only person who marvels at the vastness and vibrancy of Sanchez’s dreams — and his ability to realize them — especially since the miasma of indifference engulfs so many other likeminded creatives. Big Dopes’ lead songwriter, Eddie Schmid, remarked in his Facebook review of Miri Music that “there isn’t a whiff of jadedness” amid the studio and its staff.

I read that part of Schmid’s review aloud to Sanchez and then asked him if he thought it was easy to get jaded in his industry. Without hesitation, he replied, “Oh yeah. Super easy. I mean, the fact that Schmid couldn’t smell it doesn’t mean it’s not there. No, I’m kidding!” Sanchez assured. Still, he went on to say:

“But I do think it’s easy to get jaded because you put so much in that’s not seen, and when you finally put it out into the world, people price-gauge you, or not care, or no one will listen. We’re very human, and we’re insecure, and little validations are important to keep anyone going. Music is definitely a hard pursuit in the sense that you don’t always get those, which doesn’t necessarily mean you’re doing something wrong, either — that’s a hard thing to realize.”

So, how do Sanchez, Pamas, Borgione and Cox stop jadedness from seeping into their studio?

“None of us are doing it for the ‘make-it’ moment,” answered Sanchez. “We all want to make it, right? But no one’s doing it for that. That’s why I like these people — they’re in this artist’s struggle, and they can’t stop even if they wanted to. That’s special to me.”

For the creatives behind Miri Music LLC, the reward is doing it, and what they do for the local music industry is priceless.

Check out Miri Music’s website if you’re interested in booking the studio or performing a live music video session.

All photography by Jake Cox.