Premiere – Turtlenecks, Vegetable Men and Cheeto Crumbs Star in Big Dopes’ Video for “Don’t Get Up”

Local indie-rock band Big Dopes’ visual for “Don’t Get Up” begins with an image of three abandoned and overturned red solo cups. In some ways, it’s a self-portrait of the group, whose members are approachable, relatable and self-effacing.

Yet this opening scene of their first-ever music video is also a well-orchestrated ruse. Stick around longer and you’ll find that the band’s creative output is clever instead of crass and assiduous instead of sloppy. They’re likelier to hit up a library over a frat house-style party — if their trademark turtlenecks and sweaters are anything to go by.

This is not to say that vocalist and guitarist Eddie Schmid (who you might know from the Denver dream-pop band, Oxeye Daisy), bassist Justin Catanzaro and percussionist Ricky Brewer are starchy stiffs, either. The music video — which we’re premiering below — captures the band’s professional yet lighthearted personality, endearing the viewer to them even more than their name does (who can’t love a big dope?).

Written, directed and produced by Dylan Owens — the former music editor of The Denver Post — and filmed by Colin Anders, the “Don’t Get Up” video turns the song’s lyrics about being a bad houseguest into a fully-fledged narrative. Tension between the boisterous couch-surfer (Evan Davis) and the tidy, regretful host (Schmid) builds as the former rests his boots atop coffee tables and interrupts basement jam sessions. The latter, meanwhile, lip-syncs a sentiment that anyone who’s ever had roommates can identify with — “Let me flip my shit in peace.”

There’s a little bit of a Richie Cunningham versus Fonzie vibe going on here as Schmid and his bow-tied colleagues endure the rabblerousing, leather-jacket-wearing squatter. Close-up shots of their over-the-top facial expressions invite the melodrama, giving the whole experience a playful, sitcom-y feel. The gimmicky graphics that flash during the climactic poker scene simultaneously raise and undermine the card game’s high stakes, underscoring the visual’s self-reverential humor. 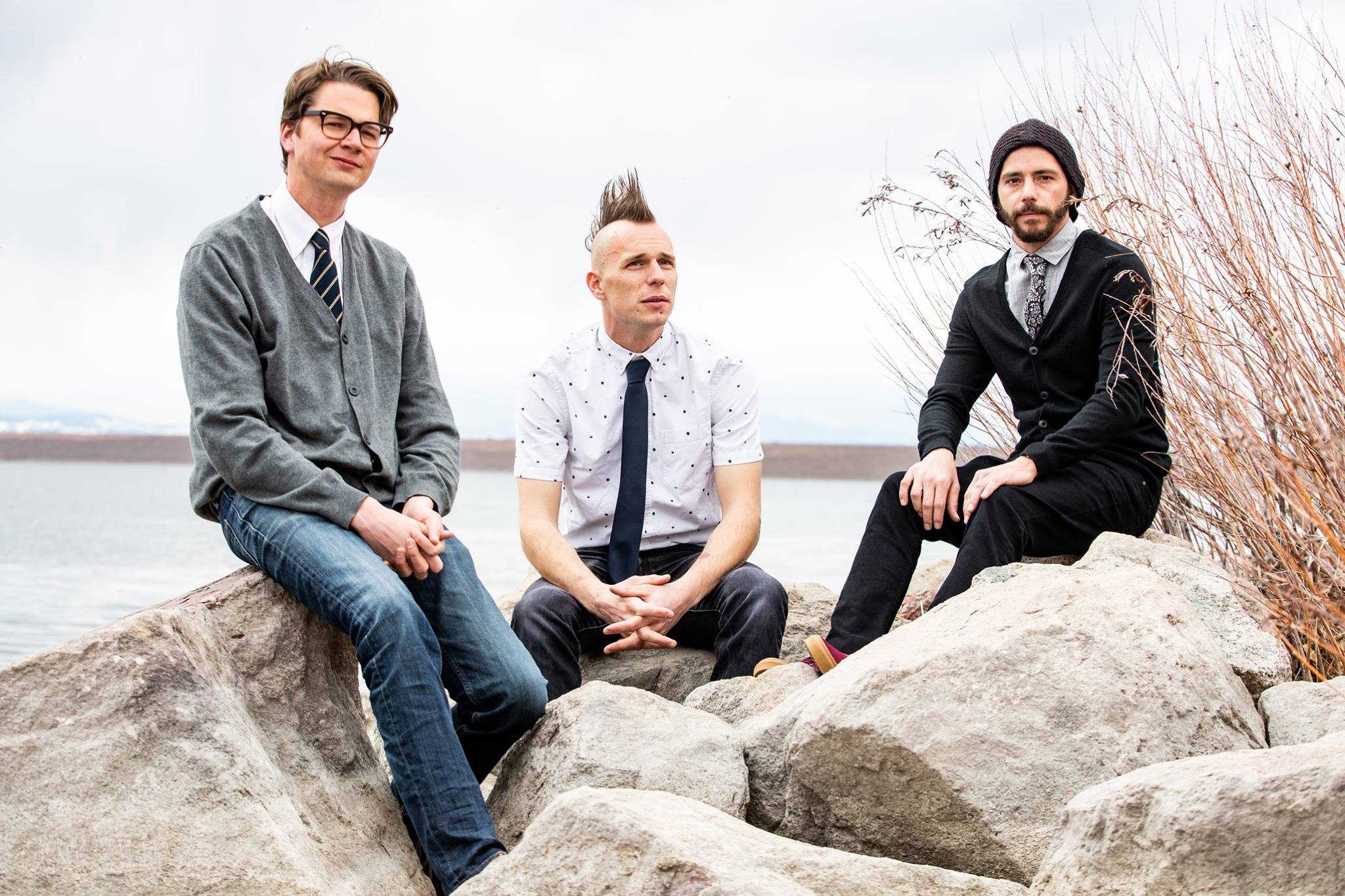 Ander’s crafty camerawork warrants a shoutout. His use of a wide-angle lens creates an exaggerated foreground. The effect privileges staging, and the viewer’s attention effortlessly wanders over the surrounding details of each shot. Toppled bowls of Cheetos and chips, gallon milk jugs, food art creations, vintage globes, houseplants and model ships all get their time in the spotlight. The inclusion of such minutiae is all part of an effort to give fans an authentic first glimpse into the world of Big Dopes.

The song “Don’t Get Up” is the second track off the trio’s debut album, Crimes Against Gratitude, which dropped on August 23 this year. Paul Simmons of the Denver band, Turvy Organ — who’s pretty much Big Dopes’ fourth band member at this point — produced and mixed the record. That’s him scrubbing a framed picture of the band at the video’s 30-second mark.

To celebrate their season of premieres, Big Dopes will play a live show with Jade Vases and Daniel James Eaton at Lulu’s Downstairs in Colorado Springs this Saturday, October 26 at 7 p.m. You can get tickets here.