Oxeye Daisy is hot right now, but you already know that — or you should. The dream-grunge band, like the devastating forest fire they’ve become, have spread across Denver and further at a rate that would make Smokey the Bear’s knees buckle, landing them across many publication’s “Best of…” lists at the end 2018, and eventually crashing into the epicenter of Red Rocks Amphitheatre this year. If that comes as a shock to you, you certainly didn’t read the syllabus, and this may or may not be a wake-up call for the class to pay attention. Their self-titled debut album, which arrived in May of last year, was a mix of alt-rock tunes scribbled out in notebooks from lead singer Lela Roy’s formative years that has since propelled the band to become one of Denver’s most exciting acts to date. But, don’t take my word for it. A bread trail of sold-out shows, a reputation for their no holds barred approach and Roy’s unsinkable magnetism, has Denver drinking the Kool-Aid, desperately trying to cool down from the sheer heat this band radiates. Returning this year as promised, to fittingly singe the hairs off Denver’s eyebrows, Oxeye Daisy will release their highly anticipated EP, They Say You’re A Demon this Friday. 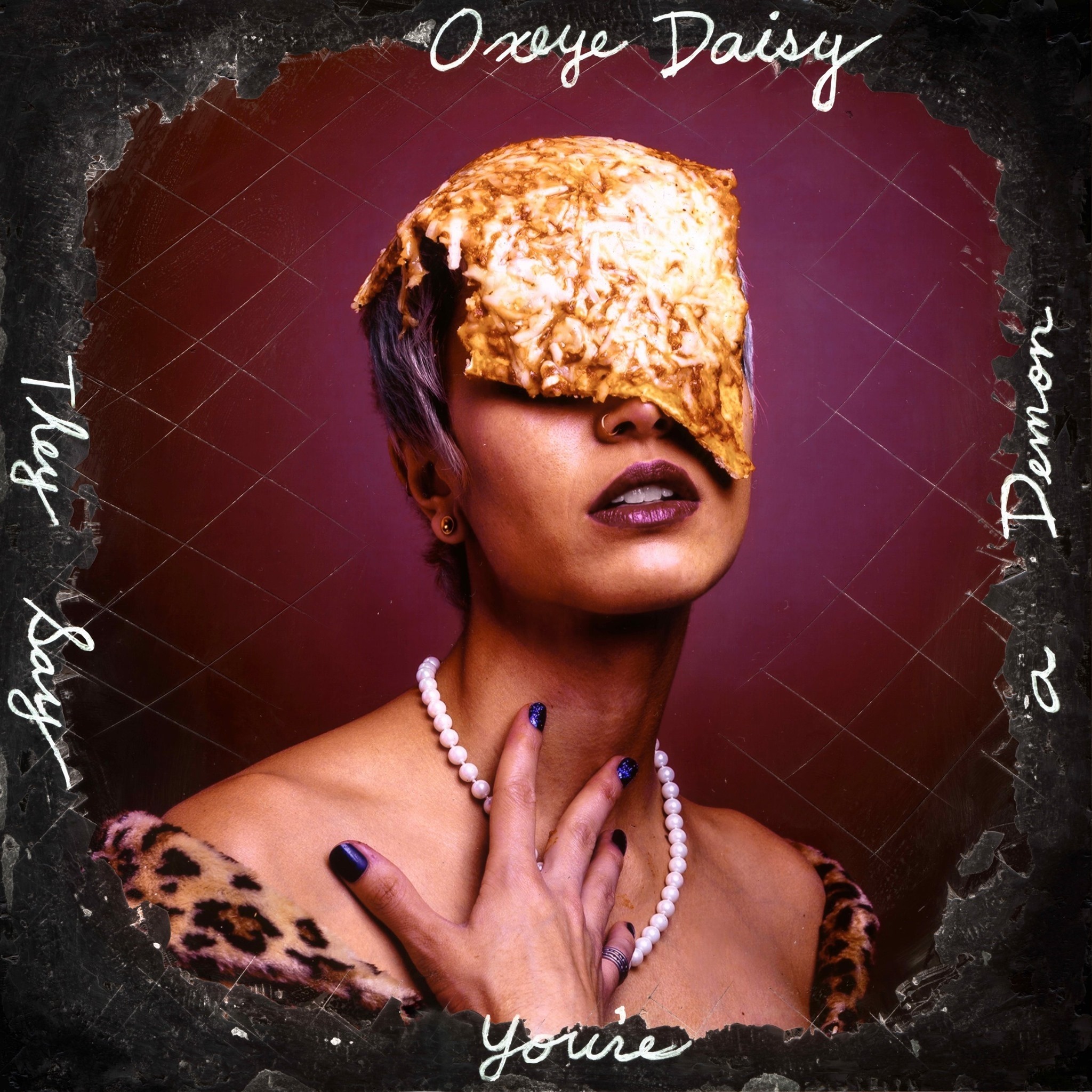 If the title sounds like it’d belong to a death metal outfit, you wouldn’t be wrong, but on this release, Oxeye Daisy rocks out just as hard, if not harder. Kicking much of the atmosphere and effects that coated their debut to the curb, They Say You’re A Demon steps out from behind the curtain to stare its listeners dead in the face. The first release with new member Stephen Pamas of Hello, Mountain fame, the melodies are more striking and the band, alight, dancing on the coals with brazen ambition, deliver their best material to date. Not only does Oxeye Daisy sound more daring here, they consequently have never sounded more at ease with themselves.

The first of the four tracks, “How Do You Know,” the only song on the project scraped from the archives of Roy’s adolescent bedroom floor, is at once as dreamy and colorful as Cocteau Twins circa Heaven Or Las Vegas, but teaming with a new energy yet-to-be-seen from the band. The song, strummed out on the guitar, cut with synths courtesy of Daniel DiMarchi and Palmas and imbued with pure ’90s bliss tastes like nostalgia with every word spilled from Roy’s mouth.

Following the latter song, “Beth”  flips the switch, as the band puts the dreams to rest and rages with a fire in their belly to this stomper. Roy sounding like a completely different person from the previous number, conjures a vengeance amidst the song’s center of a doomed mother and daughter relationship, whilst Roy and DiMarchi hurl smoldering riffs in the grandiose sonic fury. 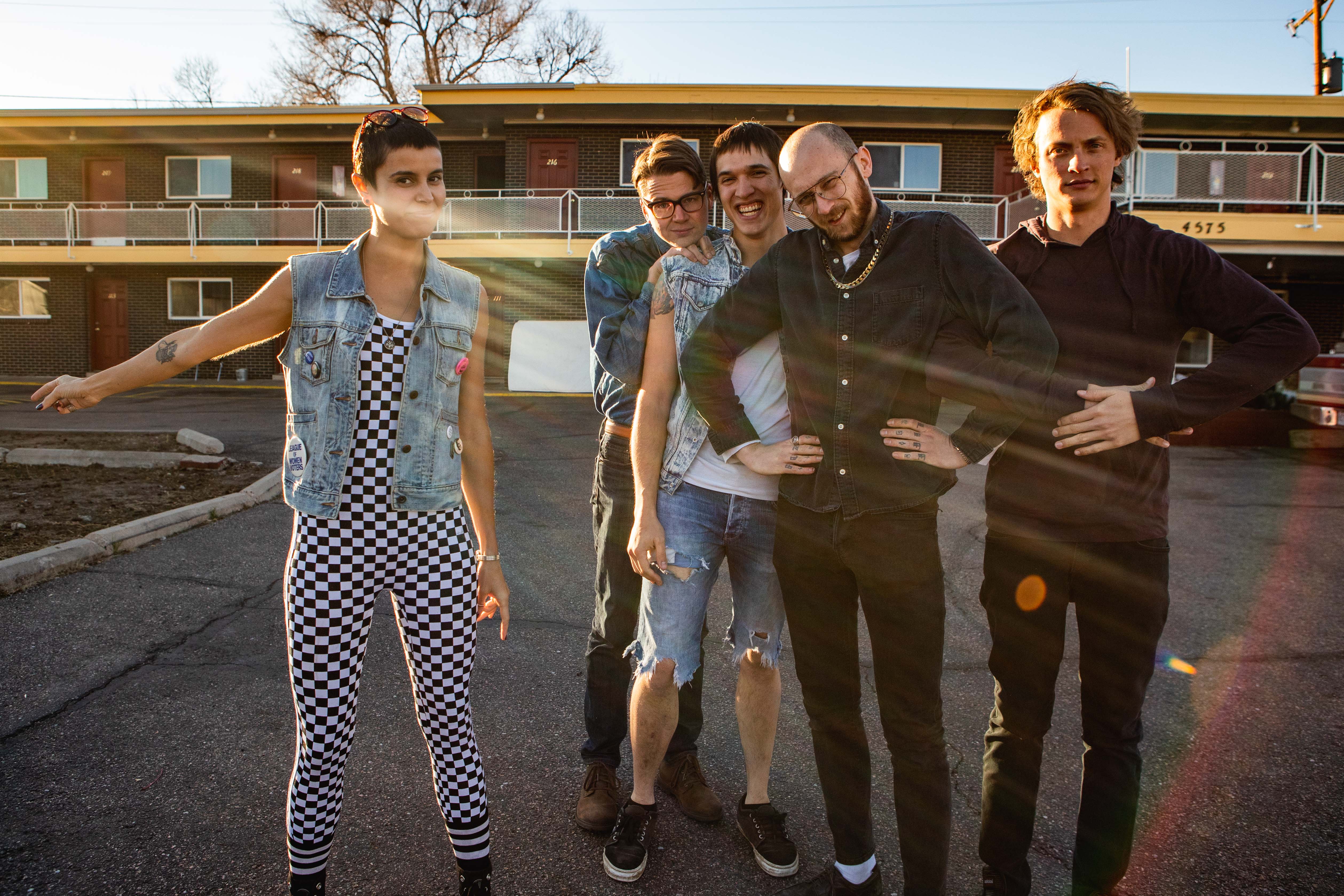 The next track and EP standout “Girls Are The New Boys” sees the band throwing Molotov cocktails in the project’s most explosive performance. The tune, a spewing blender of tumultuous surf rock and manic drumming from an incensed Ramel Sanchez, is outrageous fun that quite literally sees Roy screaming atop its peaks and withering in the depths of its bluesy lows. The track jumps out the window and hits the concrete, but marinates in the freefall in glorious accord.

Lastly, the previously released “Wicked Game” a cover of the famed Chris Isaak song, sees the band falling back into their dream state, this time, tensely building to an inevitable cliffhanger. The slow-burner scorches as it saunters along the hot pavement of reverberating synths and guitars, Roy’s hour-glass voice, a mere silhouette winding in the distance.

As ruthless as a tease as They Say You’re A Demon is, it’s a resounding listen that burns on, lingering for another turn — too good to put down. A bit of a departure from their self-titled, the EP’s strongest attribute lies in how versatile the band actually is, and the variety of emotions they’re able to cultivate with their ability alone. Sophomore slumps are real, but forget any notion about pushing daisies — on They Say You’re A Demon, Oxeye Daisy is pulling the flowers up by the root, grabbing a magnifying glass and burning everything in sight. This is a red flag alert under a fire ban type of magnitude, but you’ll want to wait this one out.

Oxeye Daisy will host an EP release party this Saturday, July 13 at The Savoy at Curtis Park alongside YaSi and Porlolo. Tickets are available here.