Q&A – On The Up And Up With Oxeye Daisy

There’s a certain magnetism that shrouds Denver’s Oxeye Daisy. Whether it be from atop the stage or meeting them in person outside a cheap Broadway motel, there’s a constant gravitas drawing you into their orbit — yearning to know who the hell these people think they are. You’ve got Lela Roy, front and center — the matriarch and figurehead of the band — whose shaved head and slight frame are an utter betrayal of the powerhouse vocals that come from it. Next, there’s bassist Eddie Schmid and guitar/synth lead Daniel DiMarchi. Complete opposites of each other — as optimistic and cordial as Schmid is, DiMarchi is wry and witty — the two men are an odd couple who manage to find strange common ground in the group. Then there’s drummer Ramel Sanchez who is affable with seemingly unending enthusiasm, and newcomer Stephen Pamas of Hello, Mountain — an understated tour de force — on guitars and synths. Whatever stars aligned to bring these people together to coalesce into Oxeye Daisy — they’re working overtime. For in this business, there’s such a thing as star power, and Oxeye Daisy has no shortage of it. 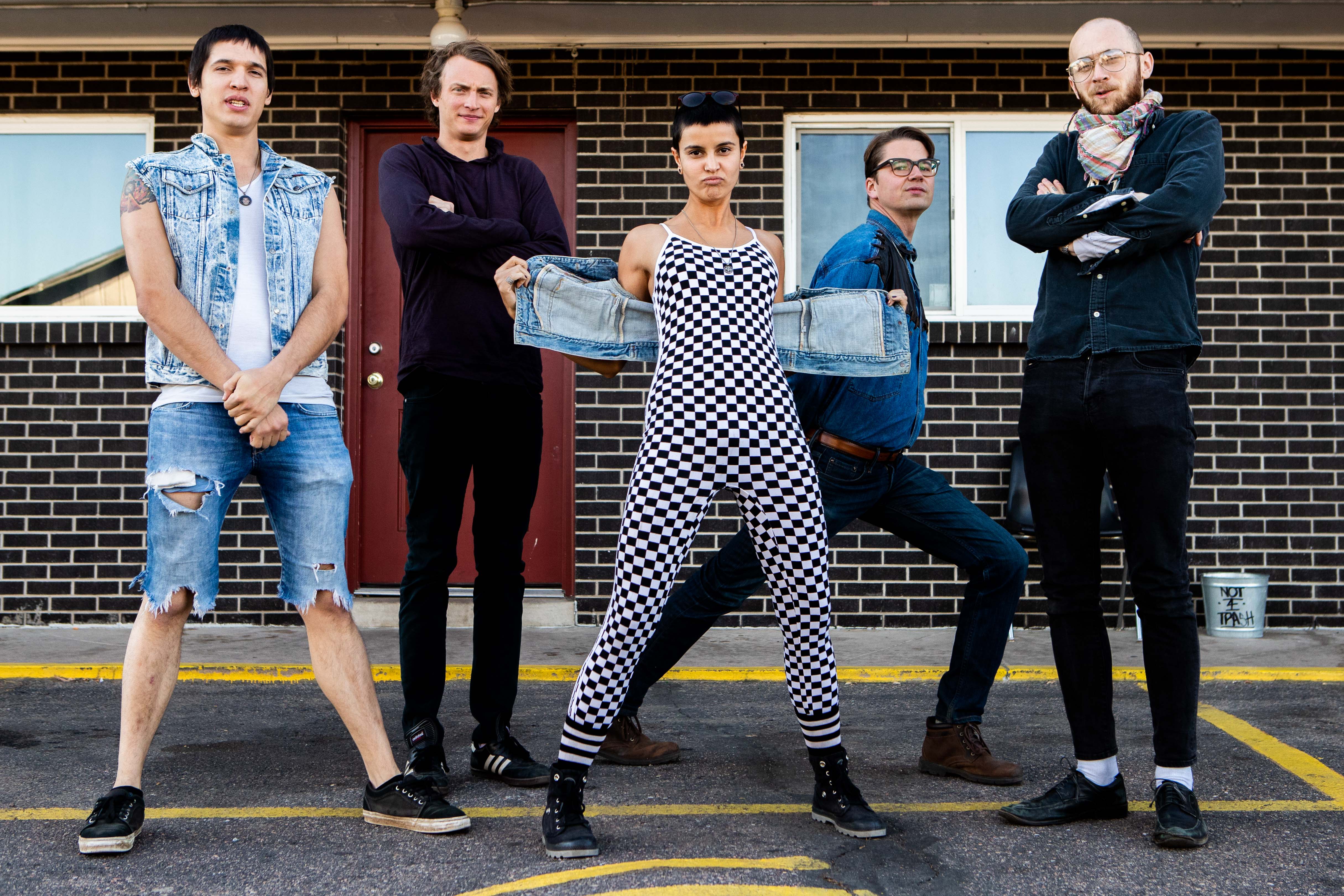 New to Denver in 2016, Roy and Schmid  — the original members of the band — immediately went in search of bandmates by attending open mic nights.

“We met at Syntax Physic Opera at an open mic. We had both moved to Denver at the same time at the beginning of December and we both decided to look for musicians to play with. Through other things, we met these guys,” Roy reminiscences.

For Sanchez, as well as many others in the outfit, getting onboard was as easy as witnessing Roy’s inescapable voice in the flesh.

“I saw Lela doing an acoustic solo set once, and I basically said, I’ll play whatever you want, I just want to be in a band with you. She said, “we have a guitarist but he’s not that committed,” so I was more committed than he was. When Zach [the previous drummer] decided to move, drummers were hard to come by, so I was like, ‘I’ll try drums.'” He then added, “What you guys didn’t get to see, at this time I was still living at my parents because I had a bad breakup and lost all my money buying out of a lease. So, I was at my parent’s house where I could practice drums all the fucking time.”

Fast forward two years after their incarnation and the group released their self-titled debut LP earlier this year to critical acclaim. With the take-off single “Where Your Mind Goes” racking up tens of thousands of streams, Colorado Public Radio (CPR) deeming it one of the best albums of 2018 and netting a breakthrough performance at this year’s Underground Music Showcase — Oxeye Daisy turned 2018 on its head and took off running. Speaking on how they came into their sound, Lela notes they had no idea going into it. “We didn’t really have a clear idea of anything, but now we’re very sure,” and that sureness has sure as hell paid off. 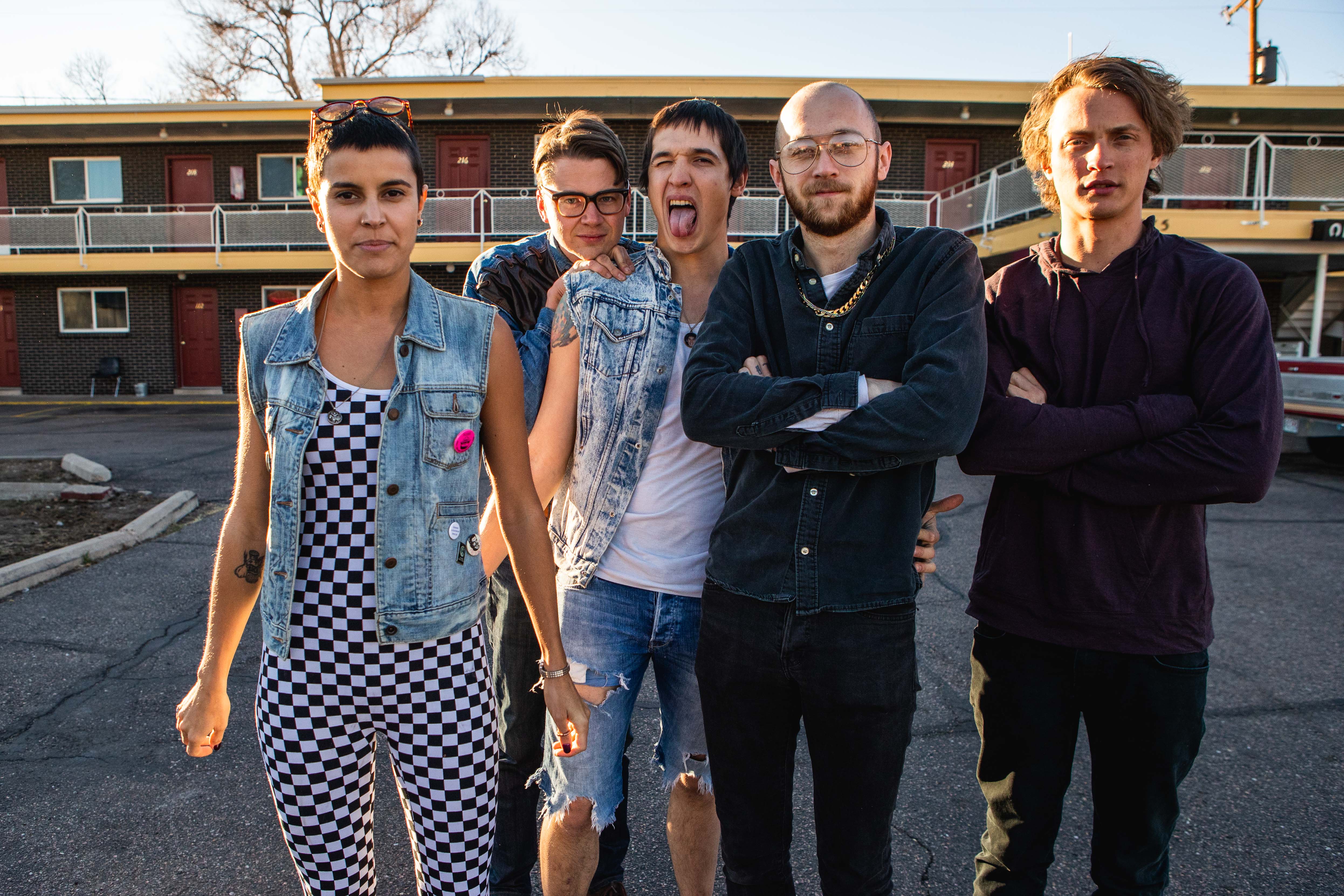 Much of their successful debut album originated from Roy’s stockpile of songs she created as a solo singer/songwriter in college. Sounding like a cross between Hole and Shannon And the Clams, ’90’s nostalgia runs through the core of the band bumping shoulders with the groups pop sensibilities and their ability to flit between genres. The band, centered around Roy’s songwriting style and “Lela pauses” as they’ve dubbed it, play with an almost psychic connection, whereby they know and play off each others style and flow, making for the electrifying shows they’ve also become known for. Even with all the creative traction, the band has fought tooth and nail to break through the noise, mostly as a result of Schmid’s groundwork.

“Eddie doesn’t get enough credit. He does all the fucking “bitchwork” — social media, etc. There’s a lot of things about being in a band that absolutely sucks that is so separate from actually writing or playing music, ” DiMarchi remarks.

However administrative it may feel, Schmid understands its necessity, especially as a band trying to breakthrough. Fortunately, as an outfit, their aforementioned certainty in their process extends to the natural ethos of Oxeye Daisy. In terms of defining themselves, Sanchez sees it as a byproduct of the band’s authenticity.

“I think that was the thing that was the most astounding — we never sat down and asked ourselves, ‘what is our image?’ That one just came naturally, I think from us just being silly.” 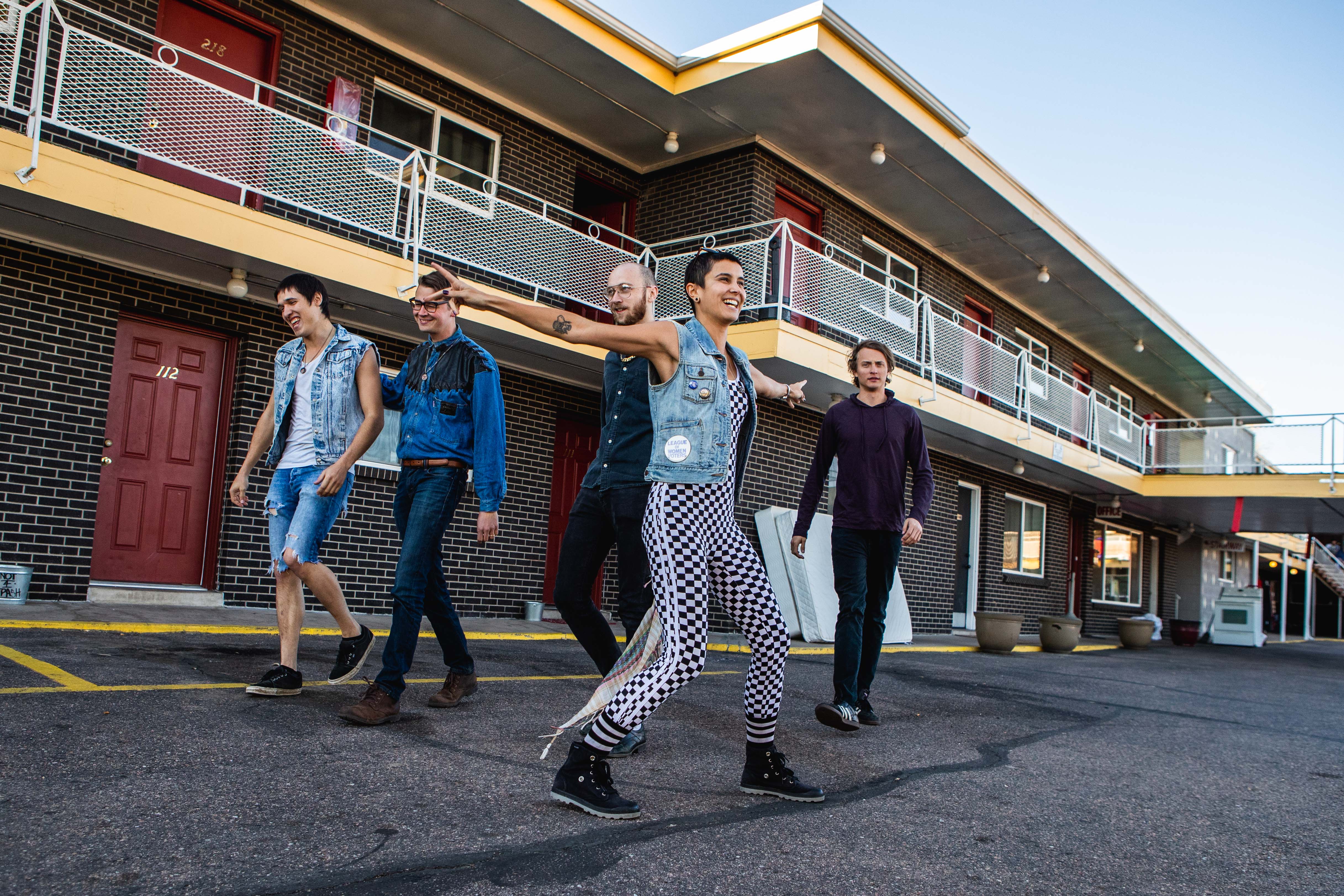 Despite the momentum, building something from nothing isn’t without its sacrifices or its roadblocks. Trying to schedule practice around five people with full-time jobs, competing with the over-saturation of bands and the limited number of venues to play and promoters to be booked by, as well as even figuring out finances to record projects take some of the joy out of it for the band. Turning into a “capitalistic aggressive person to actually have your voice be out there,” as DiMarchi called it, feels more like a product of the environment rather than a flaw of character. However, Sanchez doesn’t see it as any sort of end-all for Oxeye Daisy, nor other bands.

“All this —it just shows too, that’s how much you fucking care, and it’s a twisted sick love-hate relationship that you question but that’s the artist’s struggle.”

Though it may be a struggle perhaps — maybe even growing pains at this junction of their career as a band — Oxeye Daisy’s only plans are to move onward and upward. With a new single coming in the next couple of weeks, a year-end show supporting The Still Tide and Kyle Emerson, a three track EP and eventually their second full-length album, all on the horizon, there’s no slowing the budding potential of Oxeye Daisy. For this band, it seems all but written in the stars.

Tickets for Oxeye Daisy’s December 28 performance at Syntax Opera alongside The Still Tide and Kyle Emerson can be found here.

All photos by Kyle Cooper