Oxeye Daisy once again proved that they are a force to be reckoned with after their stellar, sold-out performance at the Hi-Dive on Saturday. The Denver-based dream-pop band celebrated their first concert of 2019 by headlining a night of exclusively female-fronted acts  —something that is all too rare in the current music scene — sponsored by Colorado Public Radio’s OpenAir. With support from Pout House and Tyto Alba, feminine energy overtook the intimate venue — but it was anything but soft. Just over two years since their inception, Oxeye Daisy has managed to solidify a reputation for their exhilarating live shows — and this was no exception.

Read: On the Up and Up with Oxeye Daisy 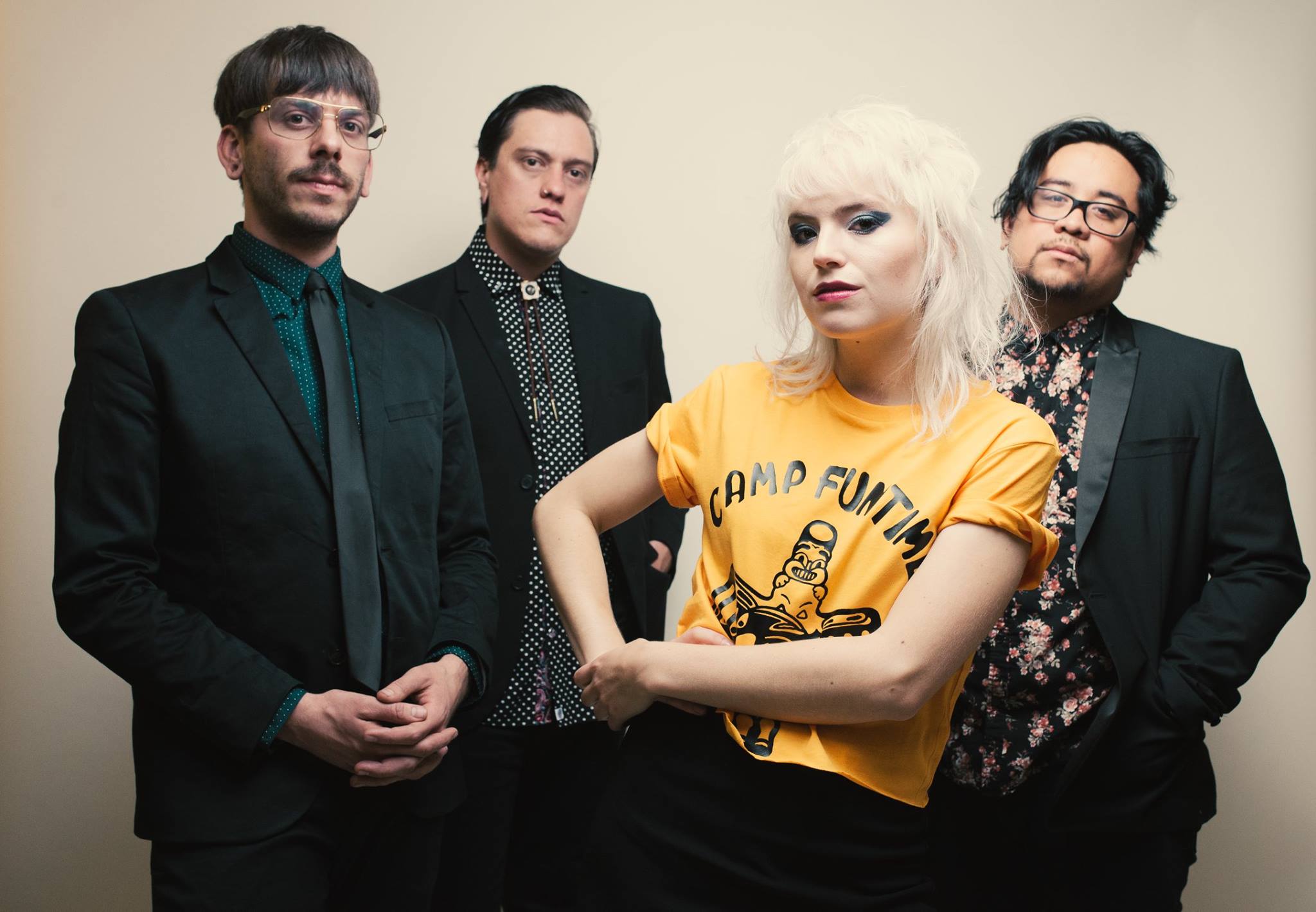 Self-described “garage pop with a punk flair,” Pout House kicked off the night. Frontwoman, Catie Rauhala, endeared the audience as she traipsed around the stage, tossing her bleached blonde hair and explaining how “being in a band feels like you’re presenting a shitty middle school project, except you’re wearing leather and you’re a little hotter but not by much.” The crowd thickened as the set came to a close and Tyto Alba took the stage.

Tyto Alba consists of Melanie Steinway, Matt Rossi, Daniel DiMarchi and Andrew Bair — DiMarchi also happens to play guitar and synthesizer for Oxeye Daisy. Tyto Alba and Oxeye Daisy are no strangers to each other, sharing the bill several times over the past couple years as well as recently collaborating on a cover of The Cranberries classic track, “Dreams.” The mutual support of the performers was apparent, with each band hyping up their fellow artists during their sets. 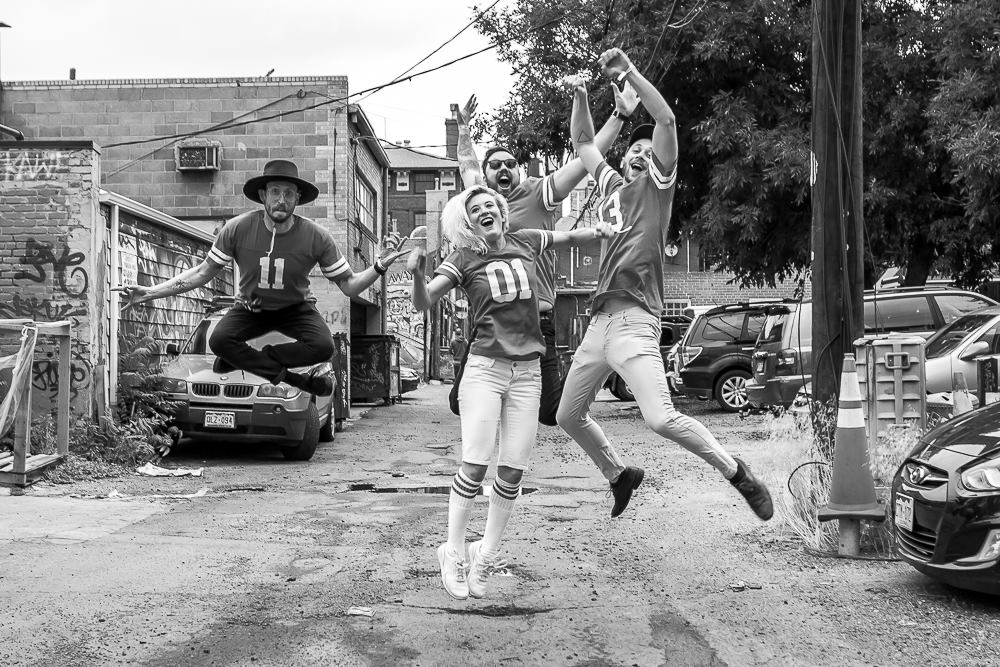 Tyto Alba instantly won over the audience with their brand of shoegaze indie rock. Steinway’s ethereal voice lead the now packed crowd, bobbing to the dreamy, guitar-driven music. The smell of incense lifted through the air as the stage lights flashed between warm pinks and cool blue hues, adding to the mystical nature of the show. Towards the end of their set, Steinway and Rossi met in the middle of the stage, touching their foreheads together during a particularly intimate moment. Tyto Alba closed out with a cover of Alvvays’ “Party Police,” with Steinway’s voice lilting over the tender lyric “don’t have to leave, you can just stay here with me.” 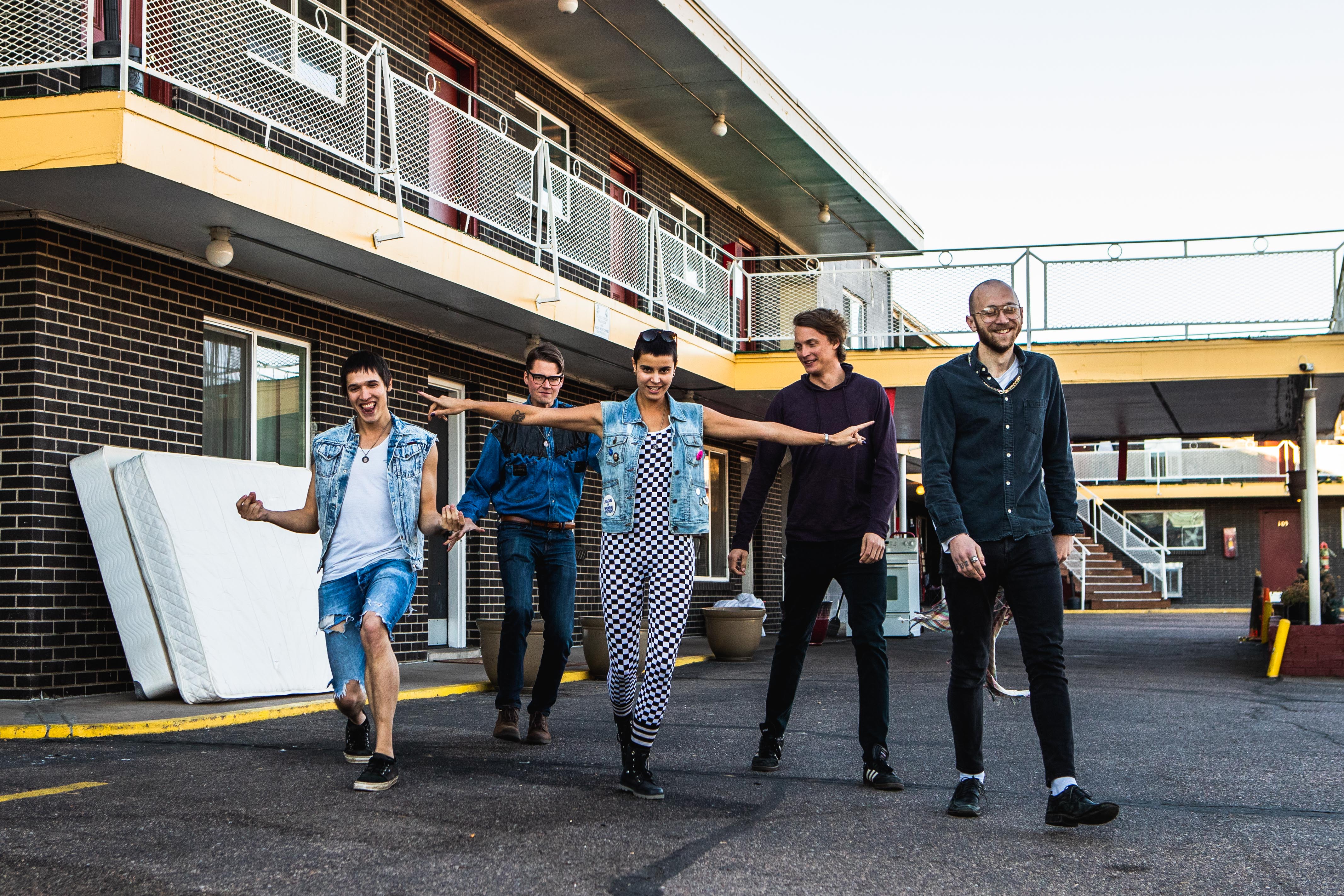 Oxeye Daisy is made up of Lela Roy, Eddie Schmid, Ramel Sanchez, Steven Pamas and Daniel DiMarchi. Leopard print was the fashion statement of the night for the band — Roy sported gold leggings with matching go-go boots and a sequined leopard print top. Other members donned fur vests and animal print bucket hats. Before opening with their track, “Darling Boy,” Roy psyched herself up by turning to the audience and playfully stating “I’m just going to pretend like you’re not here.” Whatever tricks she uses to prepare herself for the stage — they’re working. Roy performs with seemingly effortless confidence — as if she has lived her life on stage and this is simply another day.

Oxeye Daisy picked up the pace with “Where Your Mind Goes,” which was a single off of their critically acclaimed self-titled debut album released last spring. After the crowd was sufficiently warmed up, the band introduced a new track that they confirmed is part of a new EP in the works, set to release in the very near future. Apart from their introspective lyrics, powerful guitar riffs and commanding stage presence, one of the most impressive aspects of Oxeye Daisy is their ability to play off of each other. Not a single note seems out of sync with this group. This cohesiveness allows them to steer the mood in any direction they please, in a way that feels genuine and natural. 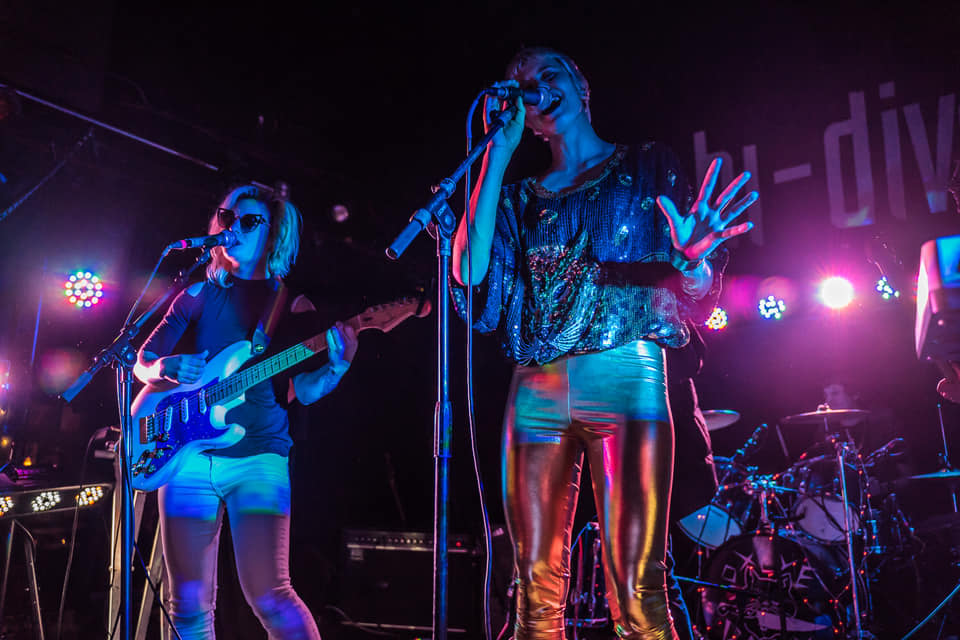 Oxeye Daisy closed by inviting Tyto Alba back up to the stage to perform their collaboration of The Cranberries, “Dreams.” Encouraging audience participation, the entire venue sang along, creating a genuinely satisfying ending to a magnetic performance. With a pleasant mix of familiar songs and previously unheard tracks, Oxeye Daisy had the audience hooked from the very beginning. Minutes seemed to pass like seconds as the crowd hung on lead singer Lela Roy’s every word, whether whispered, sung or shouted. After the close of the last song, audience members were left exchanging wide-eyed looks, in awe and hungry for more. While the set seemed relatively short, it was jam-packed from start to finish with plenty of twists and turns to keep the audience engaged. At one point, Roy even delved into the crowd after the excitement of the manic “Close Toe.” Although the set delivered on all fronts, we hope to spend more time with this band in the future as we anxiously await our next Oxeye Daisy fix.

Keep up with Pout House, Tyto Alba and Oxeye Daisy through their respective websites here, here and here.