The Velveteers Threw A House Party This Weekend And It Rocked

Imagine — you’re walking down Broadway, past the rows of bars and restaurants alive with libations and crowded entryways. Taking lefts and rights, and cutting through the many twenty-somethings lining the streets, you’re heading into the adjacent neighborhood, piquing your ears for any discernable sign of life. A kick drum beating down the block grows louder and the conversations in the dead of the frigid night swell in the distance. A singer wailing something crazy over crunching guitars and that now-familiar thumping beat greet you. You roll hard through the back of a random house you’ve stumbled upon, where an old school rock ‘n’ roll house show is underway. Pushing through the scores of people packed wall-to-wall in the Baker bungalow, Colfax Speed Queen is digging their fingernails into a thick groove — while the audience strains their eyes and necks to catch so much as a glimpse of the band rolling something thunderous in the corner of the would-be living room — this is the place. 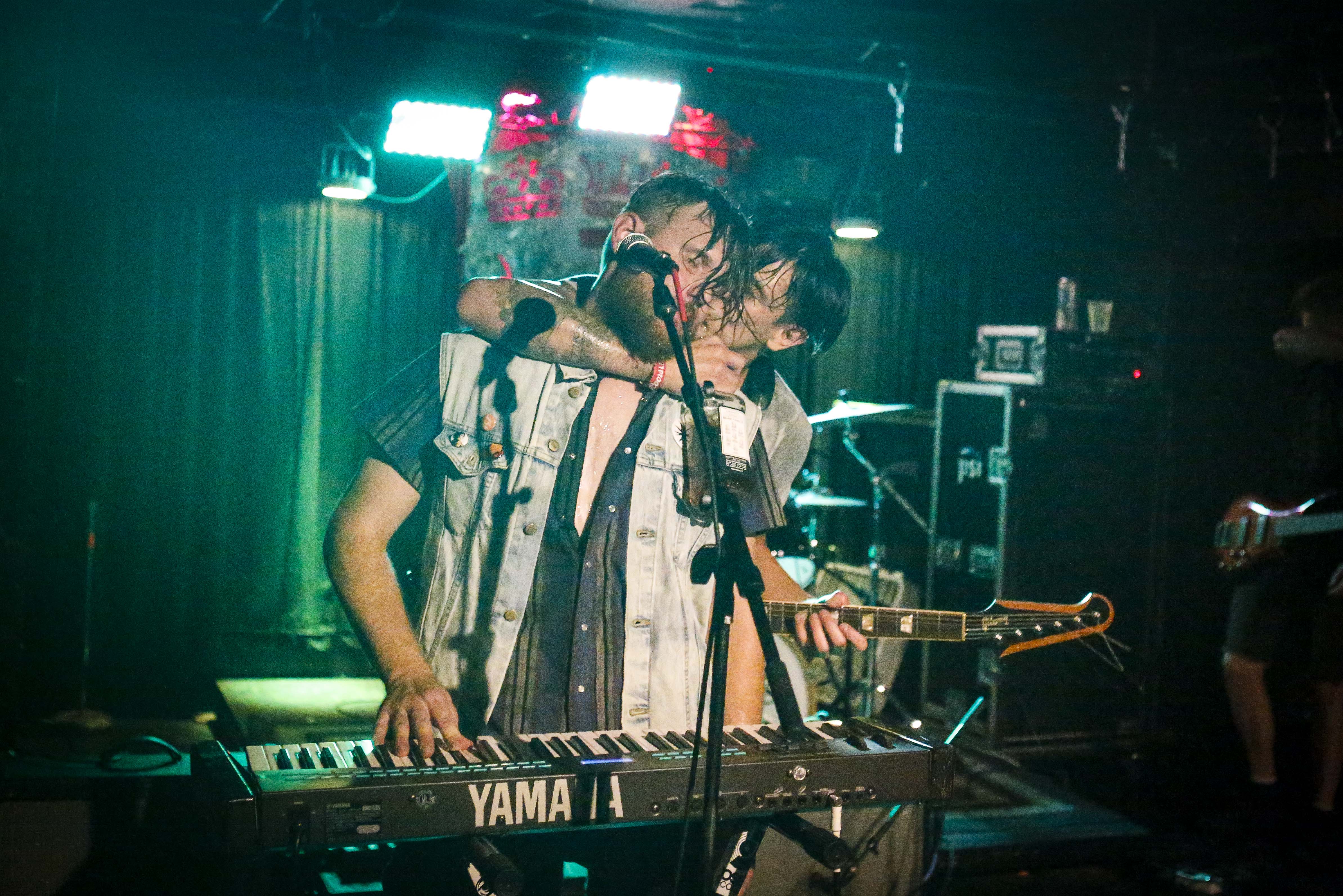 This weekend, The Velveteers, with support from RL Cole & The Hell You Say and Colfax Speed Queen, took over Cole’s house in Baker to throw an old school living room rock show — and it brought the house down. Colfax Speed Queen set the night off, sending pulsating riffs and lead singer Matthew Loui’s yelping voice through the house and into the smoker’s circle in the backyard. Cheap domestic beer cans dotting the floor made for extra percussion underfoot, as people haphazardly jammed out with the band in close quarters. RL Cole, exuding unending charisma, took his tattooed hands to task shredding something mean, while The Hell You Say kicked up a fuss threatening to blow the windows out. Sending a barrage of sound out of the massive PA in the corner of the room, RL Cole & The Hell You Say tore through the room. Sets changed over, drum sets and keyboard cases pushed through the masses gathered in the dining room, only to swell in anticipation of The Velveteers.

With no announcement needed, The Velveteers took off with little to no warning, etching out foundation shaking riffs and back-breaking percussion. Demi Demitro, singing into a microphone laced with plastic roses and string lights with her wild mane strewn across her face, dripped with foreboding energy. Her brother, John Dimetro and percussionist Adrian Pottersmith wailed on the drums — finessing fissures out of thin air. Together, the trio took the house to its brink. A man in his 70’s twirled a phone cord around his finger, losing his absolute mind — presumably talking to God on the other line, as the Velveteers manifested something sinister. Songs like”Bloody Litle Secrets” spun a whirlwind of moshpits and onset claustrophobia whilst “Just Like the Weather” had everyone’s head bobbing, breaking their necks in collective unison. Meanwhile, the band doused themselves with water from Hershey’s chocolate syrup, old mustard and ketchup bottles, keeping cool from the rising inferno in the room. Traversing many of their fan favorites, The Velveteers in a room full of strangers, made a random rocks show feel like home.  By the time the band finished, the all-consuming applause and call for an encore may have been louder than the deafening music that’d come before. Saturday night with the Velveteers was Denver DIY done right.

A post shared by Erin Q ✨ Life without ceilings (@mountainrevival)