The Moon Room was host to a special treat Monday night as Elder Brother and Speak Low If You Speak Love brought their co-headlining tour to the Mile High City for a rare show that may never happen again. The co-headliners rarely tour, and an opportunity to see them both sharing a stage as part of the brief tour is one that does not come often. Though the two bands lack mainstream success, they both have a dedicated following that should have been expected to fill the Moon Room on Monday night. However, the intimate venue was dominated by fans supporting up-and-coming local band Gestalt, who performed the highest energy set of the evening.

The first band of the evening, Gestalt found their place on stage promptly at 7 p.m. Clearly no stranger to the local stage, their set was energetic and impossible not to dance along to — and dance we did. The energy in the room was electric as fans moved and sang along, while Gestalt grooved on stage.

Serving as a true testament to the supportive nature of the Denver music scene as a whole, the excitement of the evening reached its peak during Gestalt’s brief set. The local four-piece group spent most of their time playing songs rather than talking directly to the fans gathered at the stage, giving concertgoers plenty of opportunities to hear songs from throughout the quartet’s short discography. They breezed through their set and found themselves with enough extra time to play one more song, much to the delight of everyone in the room. 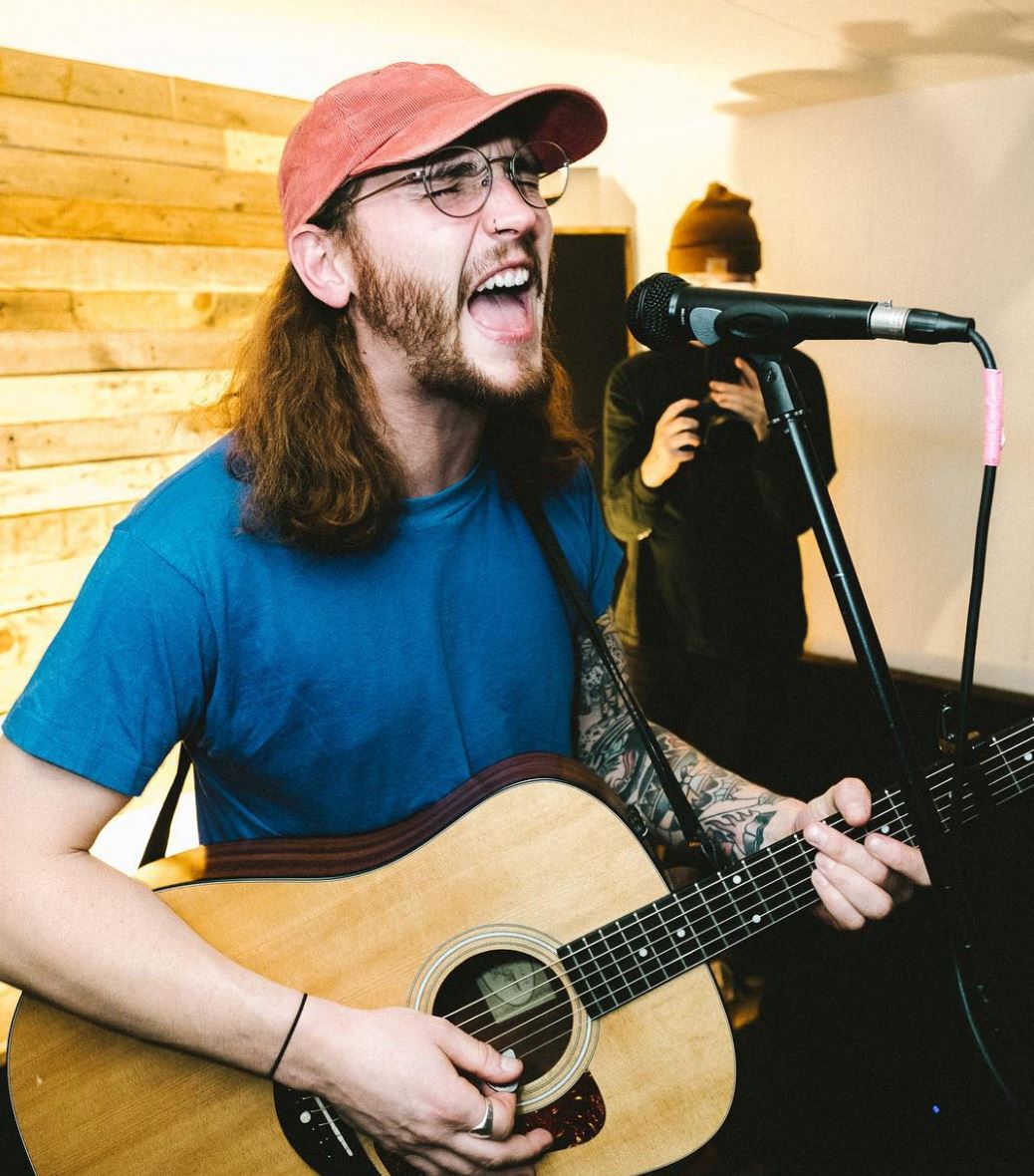 Photo Courtesy of Speak Low If You Speak Love on Facebook

When Gestalt’s high energy set came to an end, the venue slowly cleared out as fans left their places in search of merch, pizza and beer. However, when Better Off took the stage, only half of the fans returned to their previous places in front of the stage. Better Off’s loud set was high energy and within the audience, there were a handful of fans singing along. However, it wasn’t until Speak Low If You Speak Love that the room filled up to the brim once again.

Vocalist Ryan Graham breezed through his discography as he performed songs that the band rarely performs live due to their limited touring schedule. Despite his on-stage confession that he despises talking into a microphone, Graham’s brief conversations with the audience between songs were as charming as his lyrics.

Though the crowd had thinned since Gestalt’s performance, there were still plenty of people in attendance who were excited for the indie-rock group’s return to Denver. Concert-goers sang along, nodding their heads along to the music. Despite the lull in the crowd’s energy during Better Off’s set, it seemed that Speak Low If You Speak Love had revitalized the crowd just in time for Elder Brother.

Elder Brother, fronted by The Story So Far’s vocalist Kevin Geyer and Daybreaker’s Dan Rose is a hidden gem of the pop-punk scene. Their performance at the Moon Room showed off Geyer and Rose’s proficiency at playing live, and the fans who stayed for the set were treated to the best performance of the evening.

With a limited discography to build a setlist off of, Elder Brother’s talent ensured that any selection of songs would have been a treat for Denver. Both talented vocalists, Rose and Geyer’s presence filled the small venue and though their set was short, Elder Brother was able to perform songs off both of their current album’s, in addition to giving fans a sneak peek at an upcoming album the band promised will be released sometime in the near future.

By the end of the evening, the crowd had dwindled noticeably. Perhaps it was the thought of falling behind on sleep so early in the work week, or maybe the majority of fans truly came out just for the local openers. Whatever the case may be, the Monday night crowd at the Moon Room served as a testament to the love that Denver has for its local music, and after all the fun we had dancing with Gestalt it’s easy to see why the local scene is full of so many things to love.