Meet Our Alternative Model of the Year, Stephanie Maner

303 Magazine’s Alternative Model of the Year, Stephanie Maner has seen it all when it comes to the changes within the fashion industry. Being a model for more than 30 years, Maner’s adaptation has only brought her great success and opportunities.

Maner began her modeling career as a teen growing up in Orlando, Florida. Robinson’s, a local department store, was the beginning of Maner’s interest in the fashion industry. Maner was able to learn about the business side of things while learning tools like management, styling and fundraising. From there, Maner moved her modeling career to Miami working for Irene Marie, where her modeling career really began to take off. “I did all of that through college until I moved out here to go to graduate school. I was hoping to continue my modeling career but there wasn’t much going on. Pretty much all it was was cowboy boots and flannel shirts and I was like wait a minute, what just happened?” said Maner.

Coming from the fashion scene in Florida, Maner noticed that there was quite a difference between not only the taste in fashion in Miami compared to Denver but the difference in the fashion community as well. Due to this, a discouraged Maner took a step back from modeling for a handful of years, that is until she went through a separation with her then husband. “I decided to start dabbling back into modeling,” said Maner. “I will tell you that modeling actually really saved me through that time frame. It helped me find myself again and figure out who I was.” 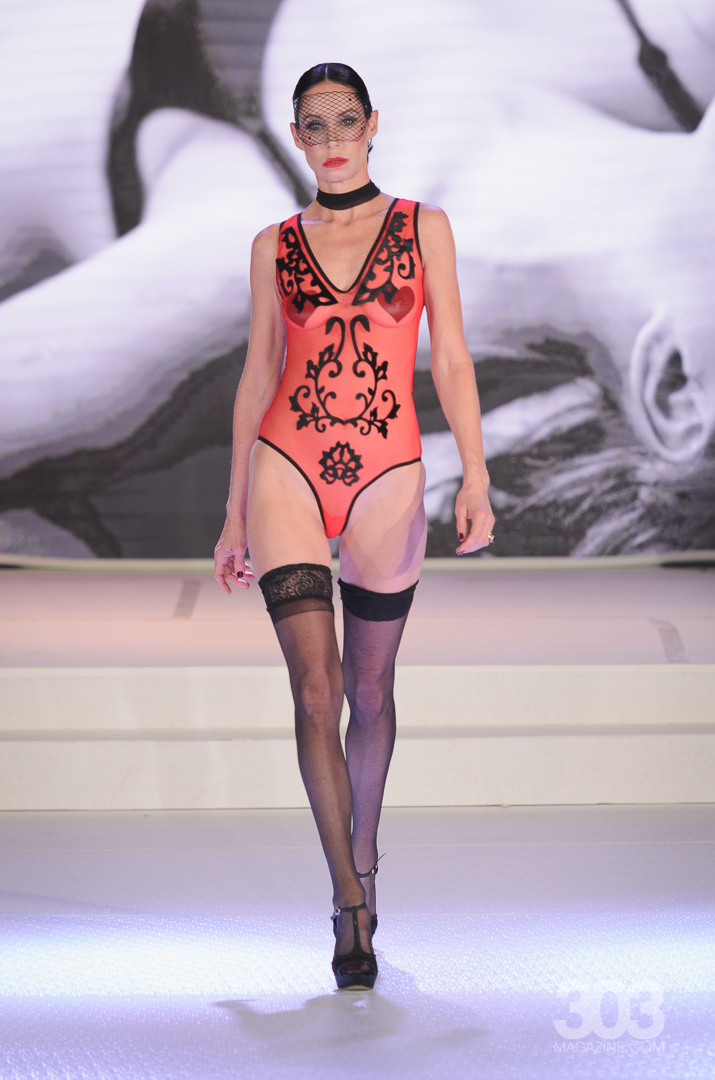 After a period of self-realization, Maner’s career in modeling started to take off again, bringing in plenty of new opportunities. One of those first opportunities is thanks to Charlie Price, renowned hair stylist and producer of Denver Fashion Week. Years ago, Maner attended a casting call to walk in one of the shows. Although a lot of the models chosen ranged in age from 18 to 26 years old, Maner captivated Price enough that he created a platform for her to walk as an older, alternative model.

READ: Meet the Duo Behind the DFW Hair Show

Another door opener for Maner’s career was her ability to build a rapport and become friends with a lot of the designers here in Denver, like Duane Topping. “Being that a lot of the models are 18 or in their 20s, and I’m closer to these designers’ ages, it was easier for me to connect with them on a different level,” said Maner. Besides her talent, this continues to be a reason why Maner is prominently seen on the runway at local fashion shows. 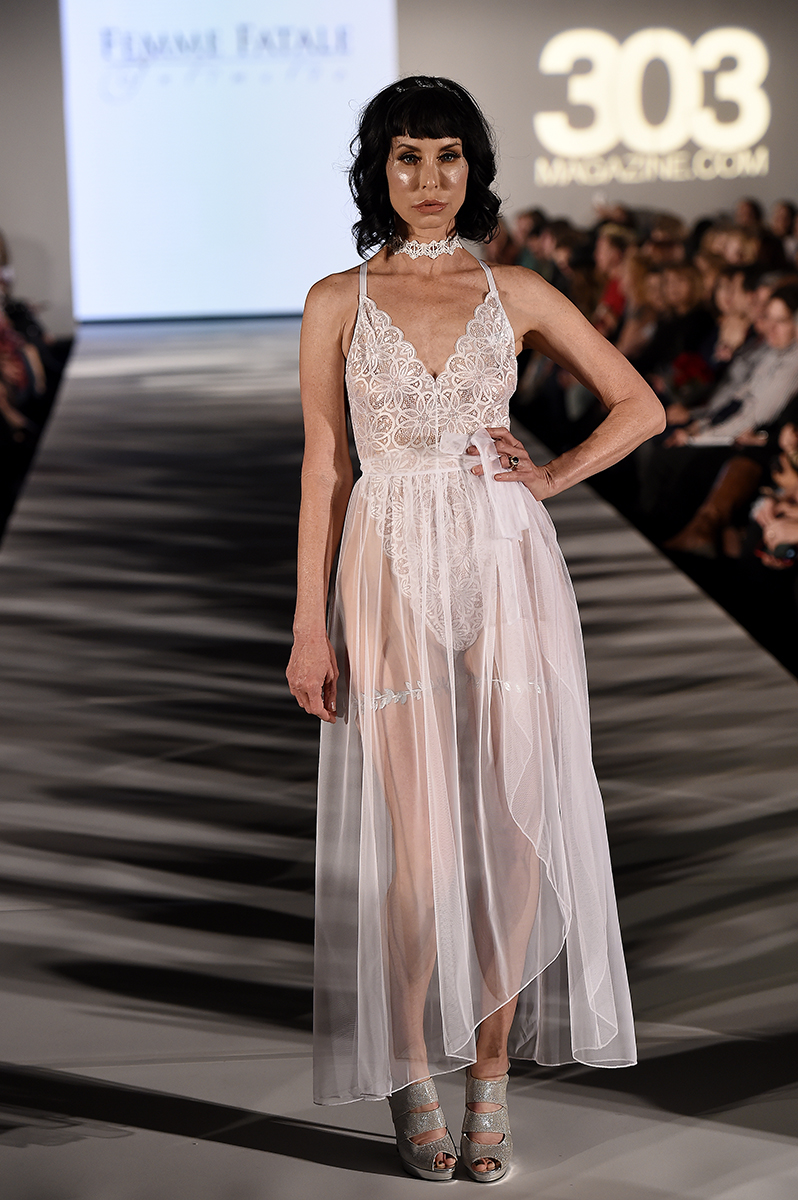 DENVER, CO – MARCH 18: Bridal Showcase during Denver Fashion Week at Wings Over the Rockies on March 18, 2018 in Denver, Colorado. (Photo by Seth McConnell)

Social media also plays a big role in how Maner gets her work. Since her move to Denver, Maner has been a free agent when it comes to modeling. Because of her age, modeling agencies haven’t wanted to sign her, but she didn’t let that stop her drive. She reveals that social media has been a part of her playbook for years as to how she finds out about designers, upcoming fashion shows and castings and any fashion events that happen in not just Denver, but different cities throughout the nation as well. “I just hop on social media and look to see what’s going on in the modeling world. That’s how I ended up getting involved in San Diego’s fashion week.”

In comparison to how things were done when Maner first started modeling to today’s age, the modeling industry has changed tremendously due to the growth of technology. “Now, you can videotape your walk and just send it to a director over the internet. You don’t necessarily have to fly out to LA or to New York to be seen,” said Maner. Another notable change that Maner has noticed within the fashion industry is the diversity with age when it comes to agencies picking models to sign with. She admits to noticing that agencies are becoming attracted to signing and using older models in both print work and on the runway. Maner has even recently gotten the opportunity to sign with Grey Model Agency, an agency in London dedicated to working with mature models. 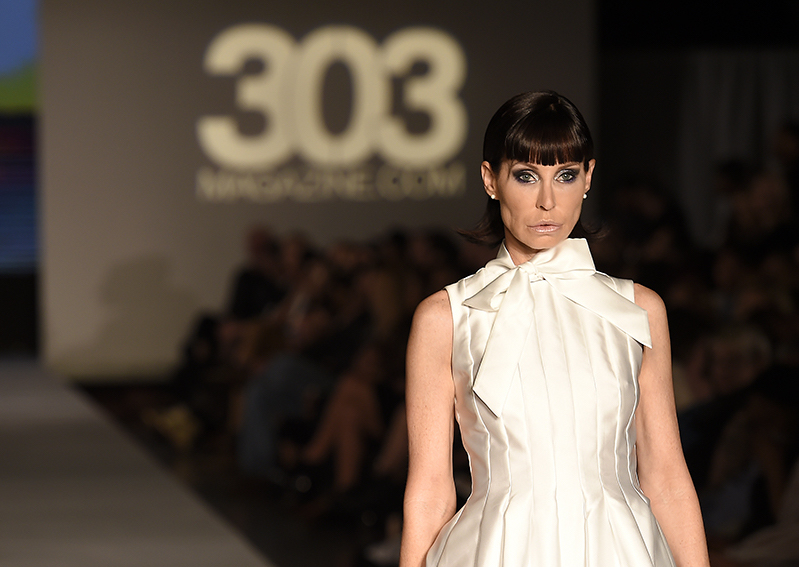 DENVER, CO – MARCH 25: The Hair Show during the final night of Denver Fashion Week at Wings Over the Rockies on March 25, 2018 in Denver, Colorado. (Photo by Seth McConnell)

Maner reveals that because of her drive and her love and admiration for fashion itself, she is constantly not letting her age define her or her career. According to Maner, “You just have to be driven. You have to be open-minded. You have to stay focused. You really just need to be a go-getter because if not, you and your career will just stay stagnant.”