11 Winter Concerts in Colorado Worth the Roadtrip

We all know that Denver has a wide array of venues for all moods, bands, crowds and drinks — but that doesn’t mean the rest of Colorado doesn’t have some great music to offer, too. This winter, we’ve compiled a list of concerts in Colorado worth the road trip. So take a look, grab a vehicle and get to these dope shows (safely, of course).

The Lowdown: Their Denver show may be sold out, but for those willing to make a winter trip to Aspen, you’re in luck — tickets are still on sale for the Austin duo’s BellyUp show. Comprised of only two men, Black Pistol Fire’s small band manages to get the masses moving nonetheless. Their southern rock style is fast and hard — something that is always a feat live. This is probably the only show you’ll see this year without any bass, that will still knock you off your feet. Expect raw yet remarkable vocals, engaging guitar solos and jaw-dropping drum segments. – Tyler Harvey

When: Saturday, December 2, 2017
Where: Fox Theatre — 1135 13th St., Boulder
Cost: $18; get tickets here.
The Lowdown: The producer known as XXYYXX (real name Marcel Evertt) brings his electronic bedroom sounds to Boulder Theatre with special guests Chrome Sparxx and local talent RUMTUM this December. Chrome Sparxx will host a DJ set, while RUMTUM will open with his ambient and experimental electronic beats. XXYYXX is one of LA’s most promising young producers and is sure to put on an incredibly intimate show at The Fox. – Emily McCarter

The Lowdown: The hip-hop duo Atmosphere is taking a trip through some of Colorado’s major towns including Denver, Fort Collins, Colorado Springs and Boulder. Having done this statewide tour before in California, all of the stops on this “Welcome to Colorado Tour” quickly sold out as Atmosphere has a notable following in Colorado with fans spread out across our mountainous land. Denver’s Ogden Theatre will host the tour’s kick off on December 7 before the hip-hop act ventures North up to Fort Collins for the second performance at the famous Aggie Theatre on December 9 only to turn around for another Denver performance on December 10. This tour will allow Colorado fans to get close and personal with wordsmith Sean “Slug” Daley as all of the stops are at relatively modest venues. On December 12, the Minnesota-rooted group is making a stop in Southern Colorado for a show at The Black Sheep in Colorado Springs before wrapping up at The Fox Theatre in Boulder on December 13. On top of the beauty that the Colorado Rocky Mountains hold, there is also an abundance of performance spaces within our state that connect our music scene. Atmosphere is taking full advantage of the wide variety of venues in multiple Colorado towns, making this a holiday tour worth the gas money — and that sold out ticket cost. – Michael Tritsch 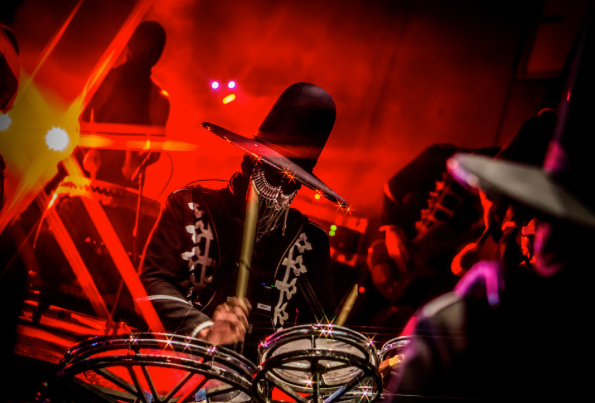 When: December 29, 30 and 31, 2017
Where: The Black Sheep (Colorado Springs), Aggie Theatre (Fort Collins) and Summit Music Hall (Denver, respectively).
Cost: $75 for a three-night pass. Get tickets here.
The Lowdown: This may be the hottest Denver collaboration to happen this year — itchy-O electronic-experimental percussion group and The Velveteers, a young heavy rock band. The event on Facebook read that “Itchy-O will create a three-sided geographical portal that provides a rite of passage into 2018 with a short tour in their own Colorado Backyard!” Have your pick from three different nights, three venues and three cities — or make the road-trip with the group to all three. These shows will surely be a thrilling time. – Emily McCarter

When: January 12-14, 2018
Where: Boulder Theater — 2032 14th St., Boulder
Sold out*
The Lowdown: A three-night run of some of Colorado’s best bluegrass comes to the Boulder Theater in January. Hot Rize will be celebrating their 40th Anniversary alongside special guests Del McCoury, Sam Bush, Stuart Duncan and Jerry Douglas.  This fantastic foursome, native to Colorado, consists of Pete Wernick, Tim O’Brien, Nick Forster and Bryan Sutton, who are some of the greatest string musicians in the game. Their classic, homegrown bluegrass sound is some of the most revered in the genre and has been an inspiration to so many musicians in the business. Boulder is the group’s only stop on their winter tour, and with three nights to choose from, there’s no excuse to miss this show. – Emma Polachek 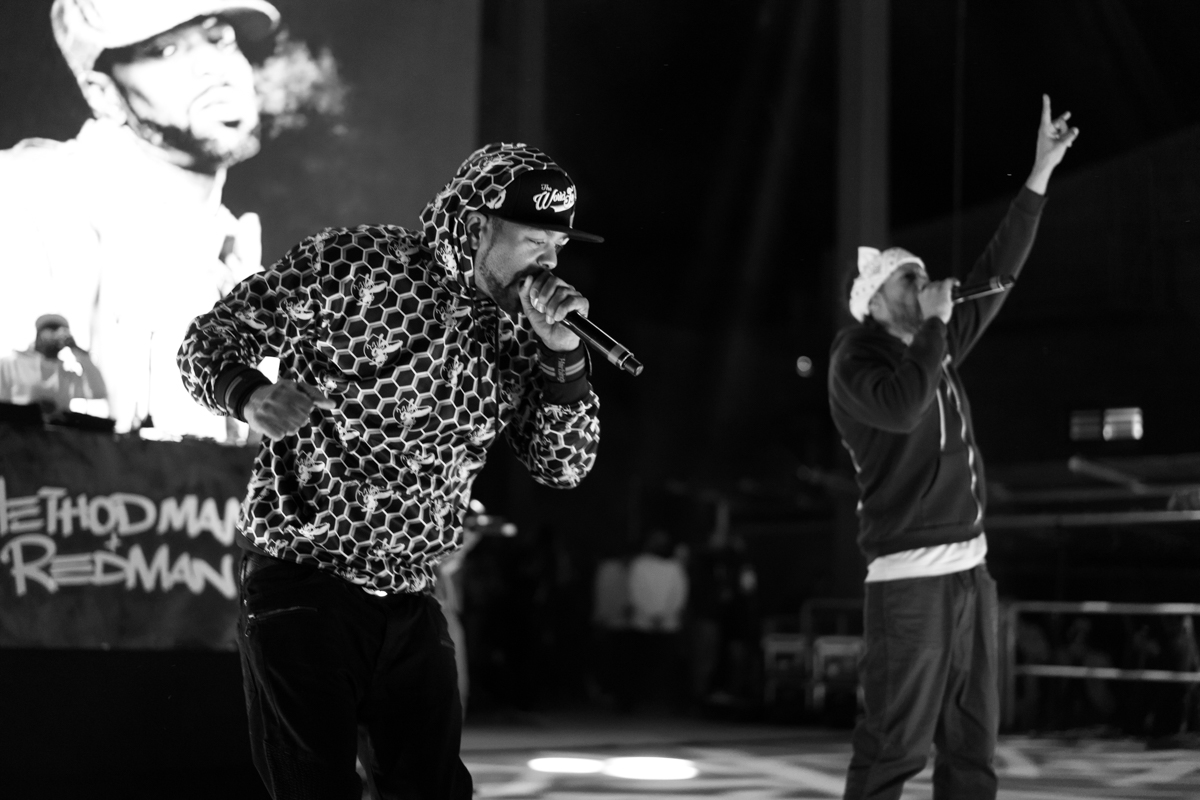 The Lowdown: Old school hip-hop artists Method Man and Redman return to Colorado for two nights in Aspen this January.  We can’t say for sure if they’ve got a large following up there, which is why it’s important for you OG hip-hop heads to make the trek and catch the duo at the infamous BellyUp or at this year’s X Games. These days, Method Man and Redman aren’t following a strict tour schedule, rather they’re popping up here and there while simultaneously dabbling in the recording studio. Their show in Boulder at the Fox Theatre around six years ago was a heater, and in a venue like BellyUp or the slopes of Buttermilk Mountain, there’s no doubt January will be a hell of a time. – Emma Polachek 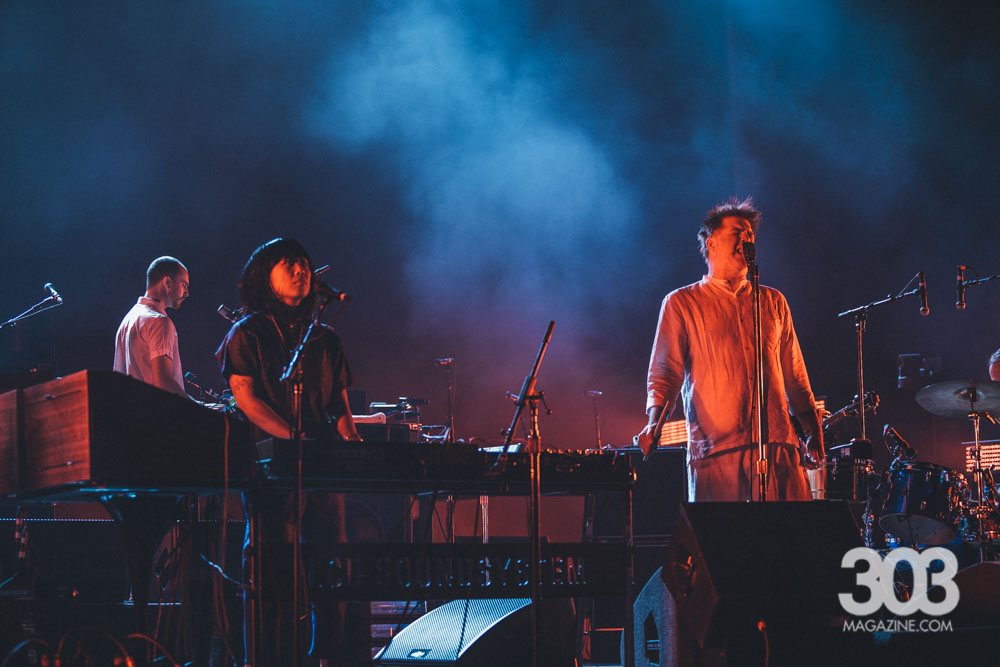 Where: BellyUp Aspen (450 S. Galena St., Aspen) + Aspen X Games (base of Buttermilk Mountain, 38700 Hwy. 82, Aspen)
Cost: BellyUp Shows — $225 for GA, $645 for Reserved; Aspen X Games Show — start at $50
The Lowdown: Coming hot off of a stellar performance at 1st Bank Center and a renowned reunion album, LCD Soundsystem will be returning to Colorado for not one, but three shows — one at the Aspen X Games and two to follow at BellyUp. Seeing LCD Soundsystem at BellyUp is something close to a once-in-a-lifetime experience, considering the venue’s impressive sound system and intimate setting. However, GA tickets start at $225. For those on a budget, or with more reasonable expectations for ticket prices, you can catch them performing at the base of Buttermilk slopes for only $50. – Tyler Harvey 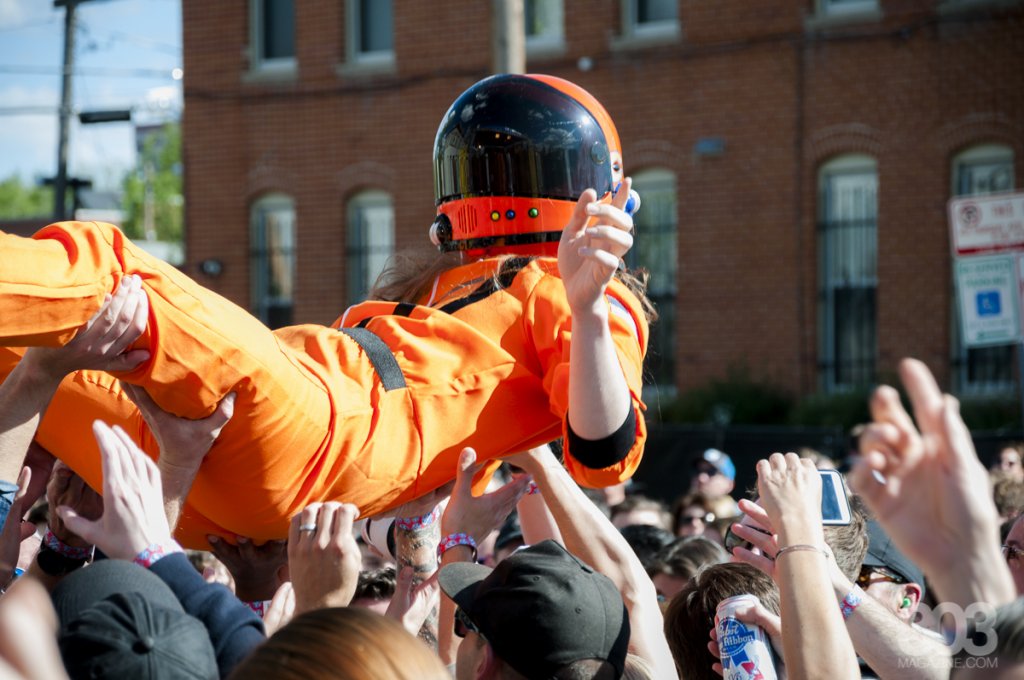 The Lowdown: STRFKR presents their fans with so many reasons to come back for more that we don’t even know where to begin. Sex dolls, crowd surfing, dancing astronauts, confetti, drag and more can be expected at a STRFKR show. The Portland group will return to Colorado Springs’ Black Sheep after a 2016 show at the same venue, which proved to be a great setting for the band — it was intimate, the stage lighting was bright and engaging for such a small space and it quickly turned into a hot damn dance party. You can also check out STRFKR at their Denver show at the Gothic on January 27, but we recommend making two nights out of it — you won’t be sorry. – Tyler Harvey 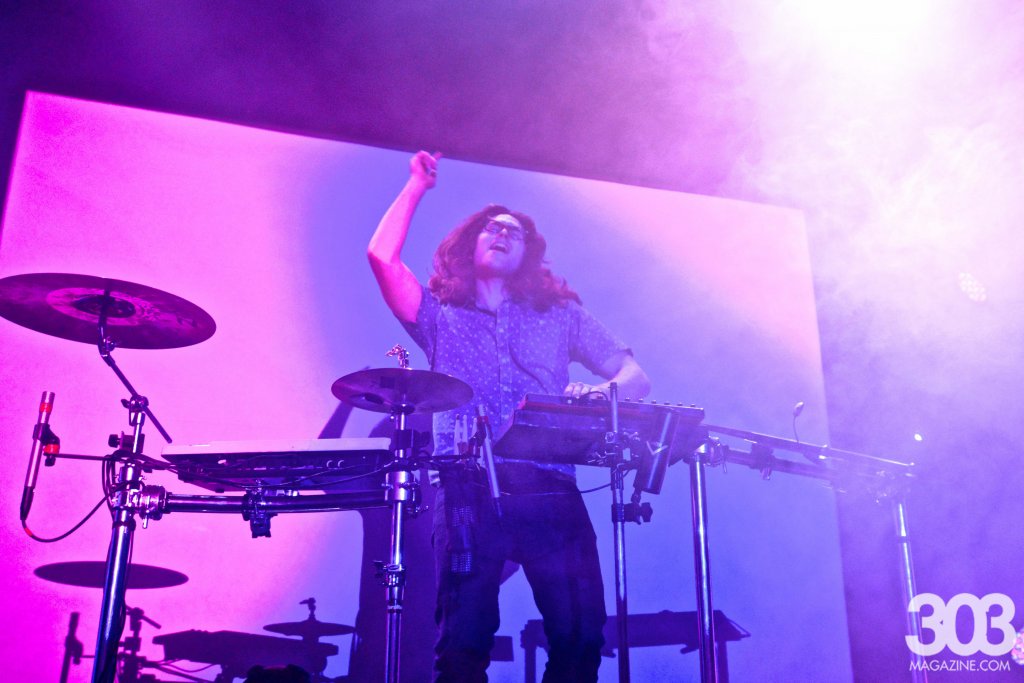 The Lowdown: In case you missed the boat on getting tickets for Big Wild’s sold-out Boulder show this winter, you can still catch his show at BellyUp Aspen in February. Although Big Wild is no stranger to performing in Colorado (this year, he’s already played the Gothic and opened for Big Gigantic at Red Rocks), a headlining show at BellyUp will definitely be a euphoric party with all senses required. – Emily McCarter 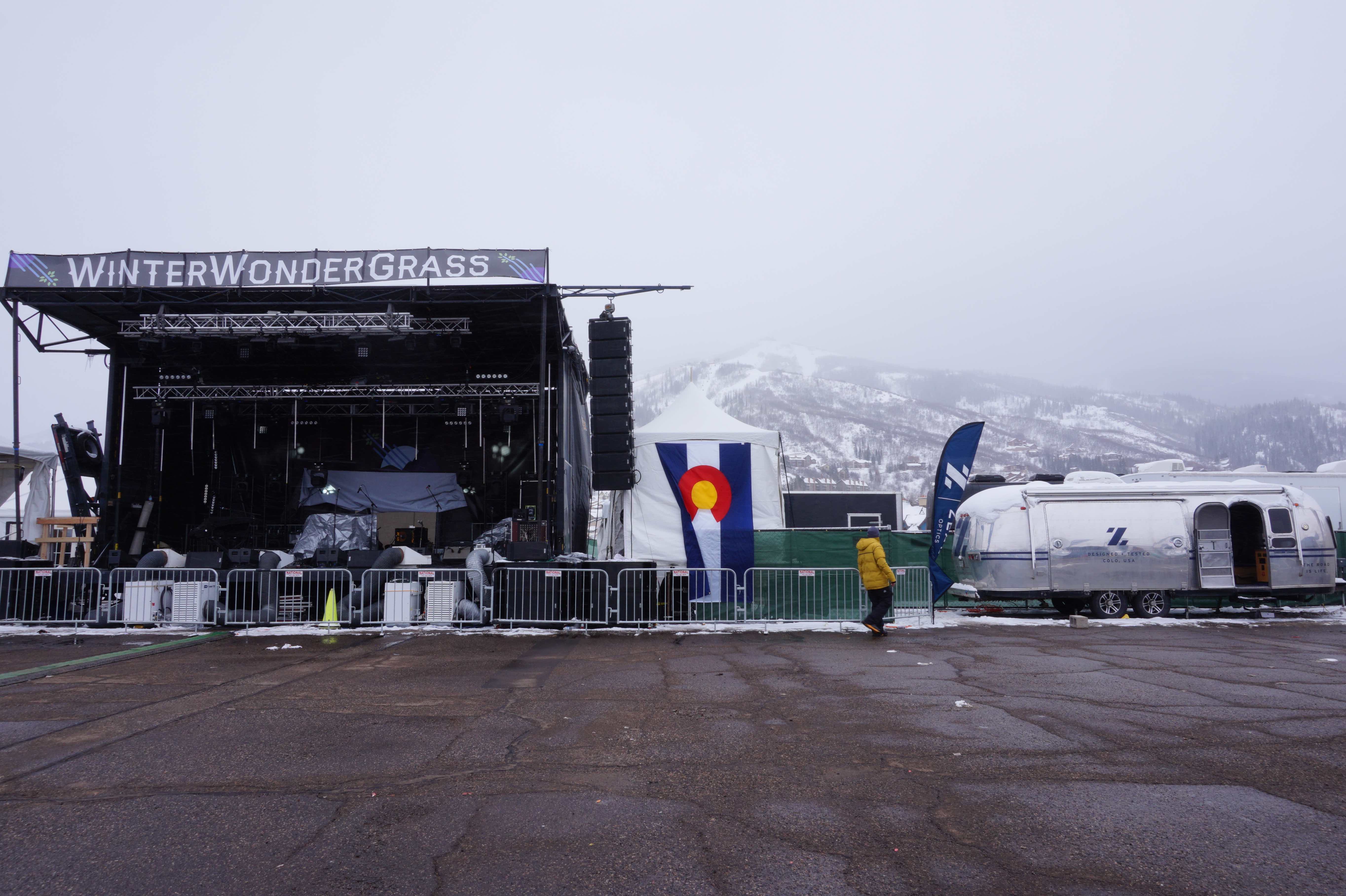 When: February 23-25, 2018
Where: Steamboat Springs, CO
Cost: Tickets start at $199 after fees but before camping. Go here for more information or to purchase tickets.

The Lowdown: The 6th Annual WinterWonderGrass returns for its second year in Steamboat Springs. Until last year, the festival had taken place in the Vail Valley, with less room for festivities and limited affordable lodging for festivarians. The new location makes way more sense for the festival, which was proven last year by the great, epic time had by all. The venue is more accessible, with much of the lodging within walking distance, and if not, with free buses running through town all day to get you to the music, and fast. Sure, it’s legitimately freezing all three days of the festival, but large, heated tents offer a warm break from the cold, and all it takes is extra layers to keep you from frosting over. The food is good, the beer is great, and the music is incendiary. The best of bluegrass and string music comes through Steamboat to play WinterWonderGrass, and this year is no different. The impressive lineup for 2018’s festival includes headliners Greensky Bluegrass, Elephant Revival, Yonder Mountain String Band and Leftover Salmon, supported by bands like Fruition, Travelin’ McCourys and Billy Strings to round out the lineup. The beloved festival’s first six years have been nothing but a huge success, and this year is sure to follow that trend. – Emma Polachek

When: Saturday, February 24, 2018
Where: Downtown Artery — 254 Linden St., Fort Collins
Cost: Tickets start at $10. Go here for more information or to purchase tickets.
The Lowdown: Presented by 105.5 The Colorado Sound, hometown favorites Wildermiss and The Still Tide join Porlolo for their EP Release Party at the Downtown Artery in Fort Collins. These fresh, soft rock bands out of Denver all played the Underground Music Showcase (UMS) in July — don’t miss this tri-band party celebrating Porlolo’s EP Release. Wildermiss also just released their EP Lost With You a few weeks ago — all three bands are no doubt making waves and takin’ names in the Colorado music scene. The venue Downtown Artery also features an art gallery, cafe, bar and more — a notable FoCo stop in of itself. Get tickets before they sell out. – Emily McCarter