The Making of an Exhibit with DAM Director Dr. Christoph Heinrich

From the early conception of an intangible idea to the beautiful multimedia galleries brought to life, the Denver Art Museum never fails to provide an immersive experience for everyone. This is due, in large part, to the museum’s talented curators under the guidance of Dr. Christoph Heinrich. Since being named the Frederick and Jan Mayer Director of the Denver Art Museum in 2010, Heinrich has been an encouraging force for live interactions with artists and visitor creativity.

He has presided over successful exhibitions such as Brilliant: Cartier in the 20th Century, Wyeth: Andrew and Jamie in the Studio, Yves Saint Laurent: The Retrospective, Becoming Van Gogh, Glory of Venice: Masterworks of the Renaissance, Star Wars and the Power of Costume and Dior: From Paris to the World. 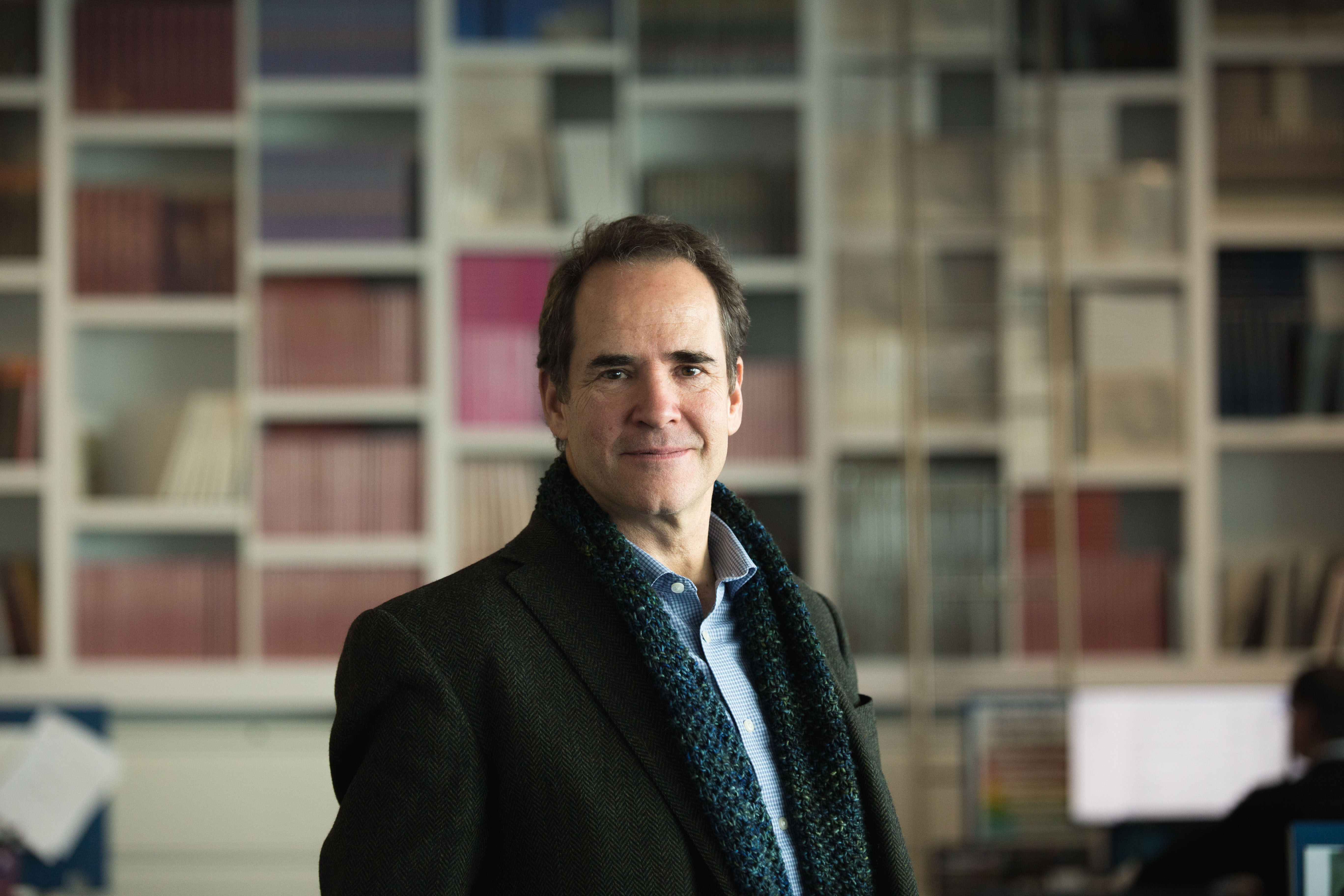 A well-traveled art historian, Heinrich began his career abroad in Vienna and Munich. After receiving his Ph.D. in Munich on public sculpture and monuments in Germany, post World War II, he went on to work at the Hamburg Kunsthalle, where he organized more than 50 exhibitions. Arriving in Denver in 2007, Heinrich starting out as a curator of modern contemporary art and then assumed his role as director in January of 2010.

Heinrich recalls his very first show as being a kind of cabinet of curiosities with a collection representing different parts of the universe and world. In a similar vein was his first curated show in Denver, Embrace!, where the DAM team invited 17 national and international artists to the Hamilton building in an ambitious art installation. Today, his role has shifted from his days of solely curating. 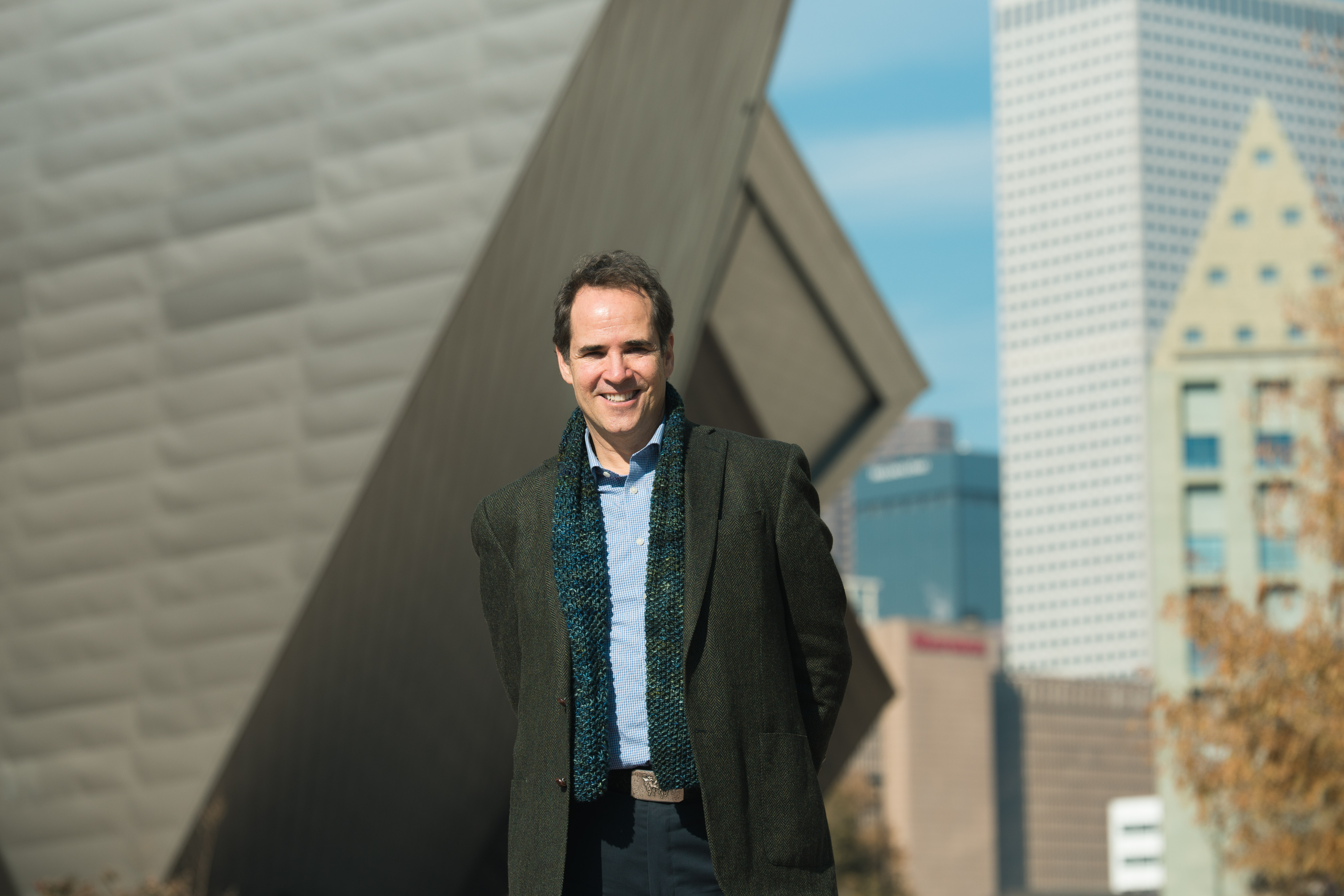 “As director, you have a more strategic role, and you think about the bigger picture. One of the most exciting roles is still being involved in the programs. We have a very collaborative work spirit and environment, and decisions are made in teams,” he said. Apart from his love of working closely with the curators and program teams, Heinrich’s role involves a lot of traveling to initiate projects, meet colleagues and support the fundraising department by working to secure loans.

Between all of his responsibilities, Heinrich has had an impactful influence on his team as they work to define the future of the museum. “One thing I’m particularly interested in and we really worked with the team over the last 10 years is, to turn our shows into something larger than just a group of paintings or works. We wanted to turn them into a journey or expedition that you experience with your eyes, your body and your mind,” he explained. Through the relatively recent hiring of six new curators, Heinrich also believes that the introduction of new minds has greatly contributed to newfound dynamic energy in the curatorial department. 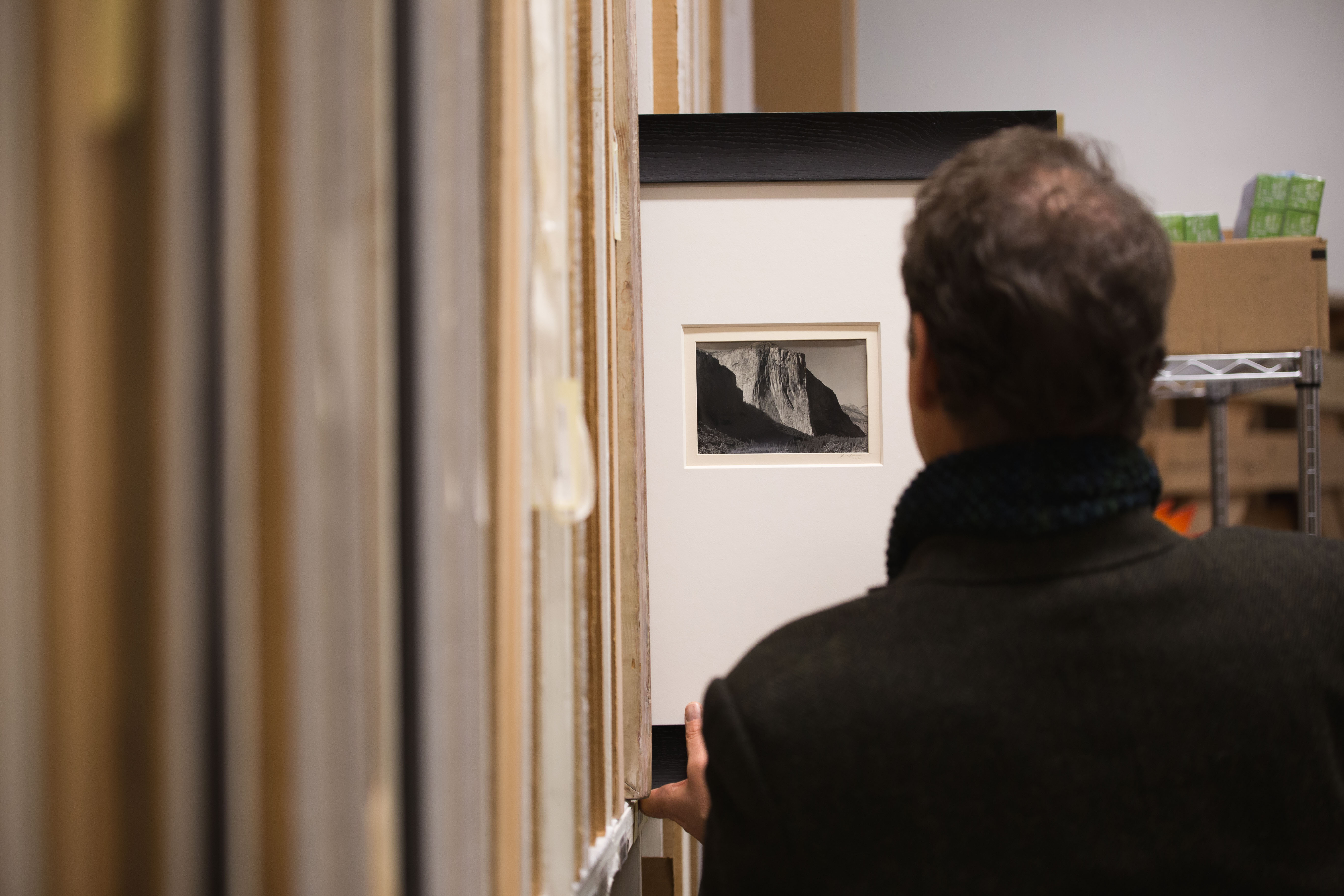 The process of creating many of the museum’s acclaimed exhibitions begins with an idea from the curatorial department. The idea is then tossed around in dialogue with the curators and educators, and they muse over questions of what the exhibit will entail: is this a more intimate encounter with an artist or a full-blown “beacon” show? “Every project has its right size. There are certain projects better showcased in a small way,” Heinrich detailed. “Others will blow you out of the water and make a big splash. The beacon shows have about 12 to 14,000 square feet of space and a certain amount of loans. The current Monet show is one of our biggest with more than 20,000 square feet.” 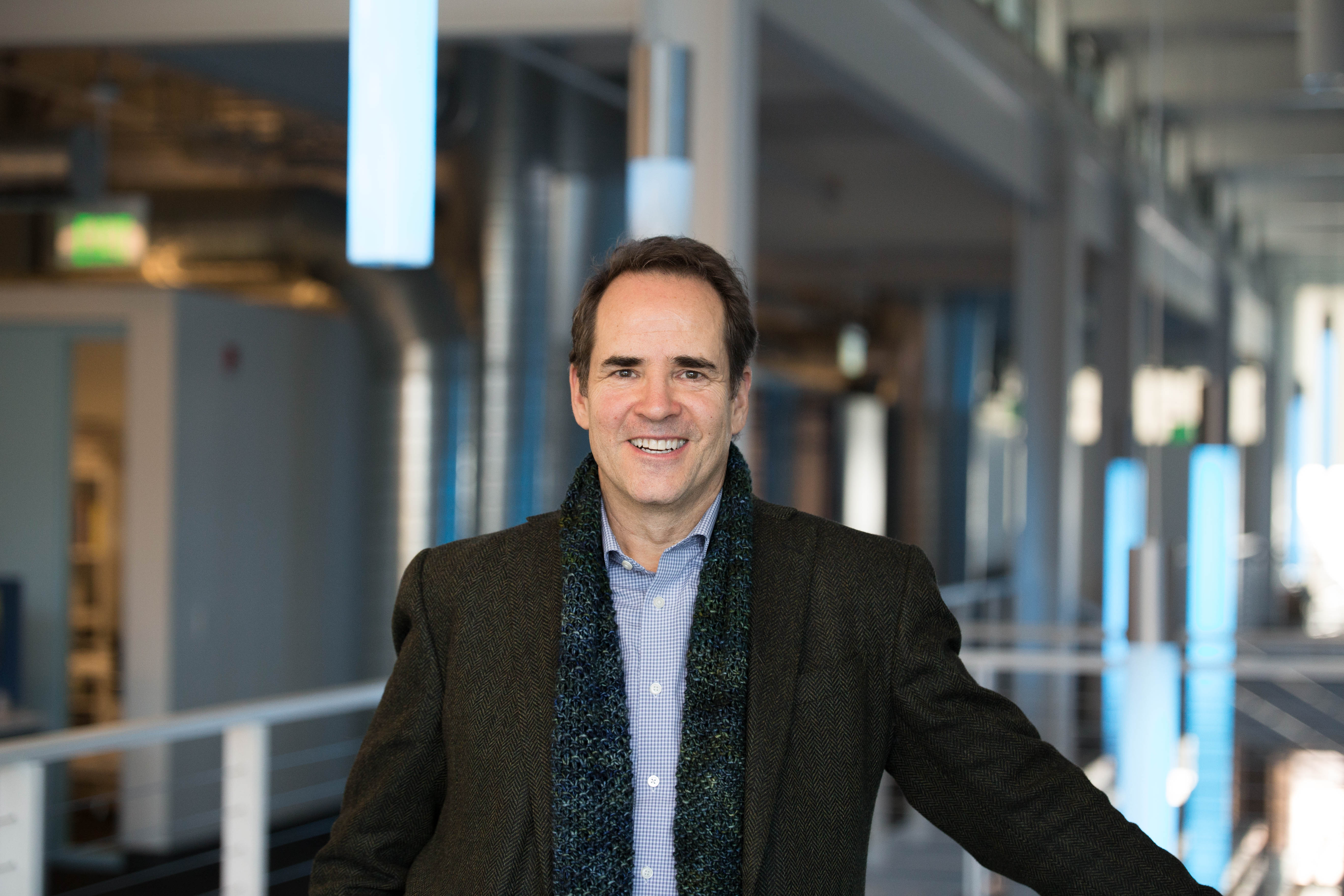 The recent show, Dior: From Paris to the World, created in conjunction with the House of Dior, began with Florence Müller, Avenir Foundation Curator of Textile Art and Fashion at the Denver Art Museum. A two-year process from start to finish, it all began with a few connections Müller had. “She and I flew to Paris and negotiated with the House of Dior that we wanted to bring the show and produce it in Denver,” Heinrich explained. Designers and Müller as a curator got together and started managing it from there, consulting Heinrich for an extra lens of what they want the exhibit to feel like. 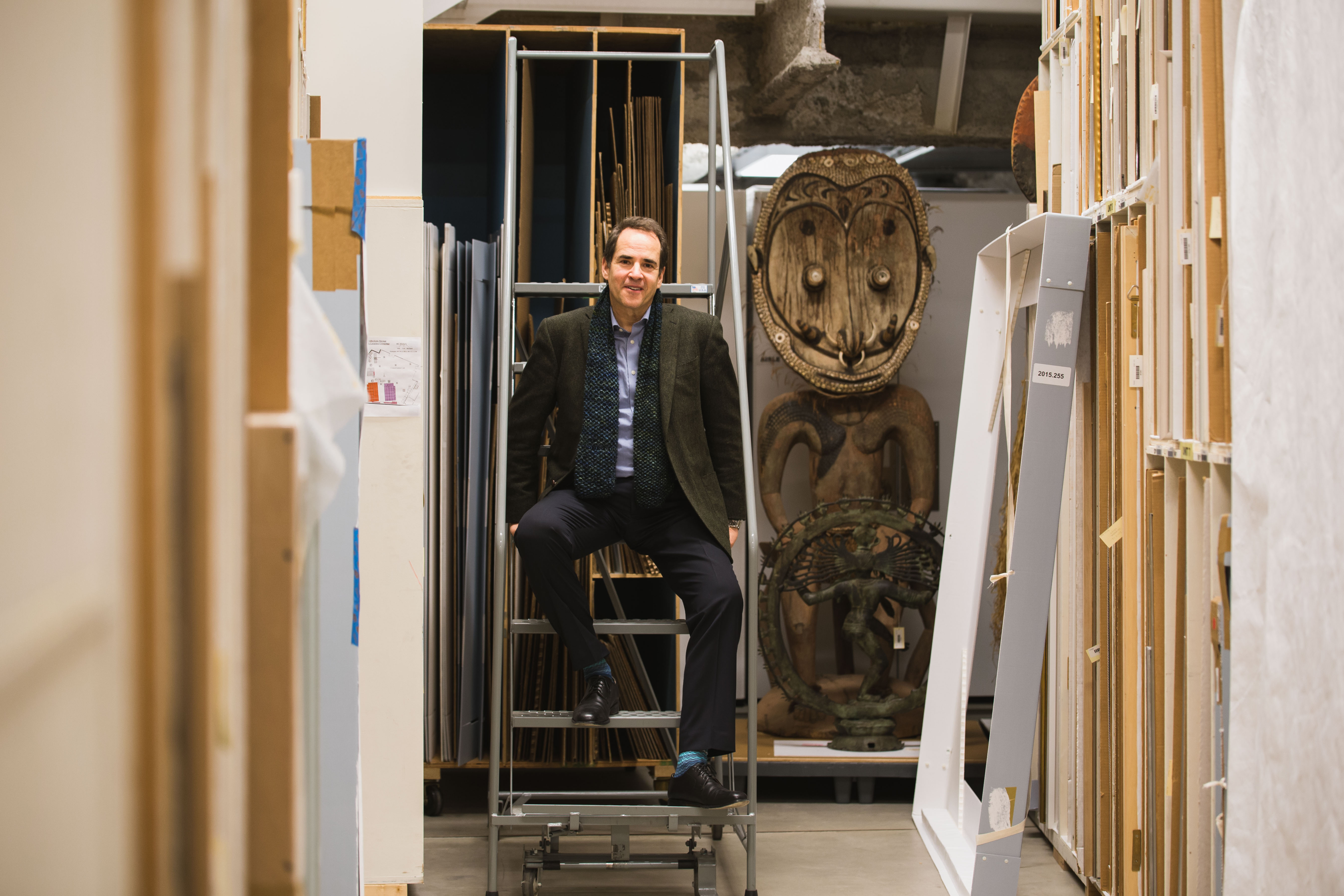 “It varies between two and five years,” Heinrich said of the timeframe of conception to the opening of exhibitions. “Usually two to three years is a good time-spend for a large show or a show that comes with a catalog. A one-artist show or gallery can be a shorter amount of time. Programs and exhibitions for 2022 and 2023 are where we are planning right now.”

Heinrich is also proud of their unique approach to curating traveling shows. “Often museums showcase traveling shows, but the Denver Art Museum really generates most of the shows we are showing. Even if we take on a traveling show, we give it our own story and spirit. We make it our own. That’s something that curators and educators are working on in a wonderful and collaborative way.” 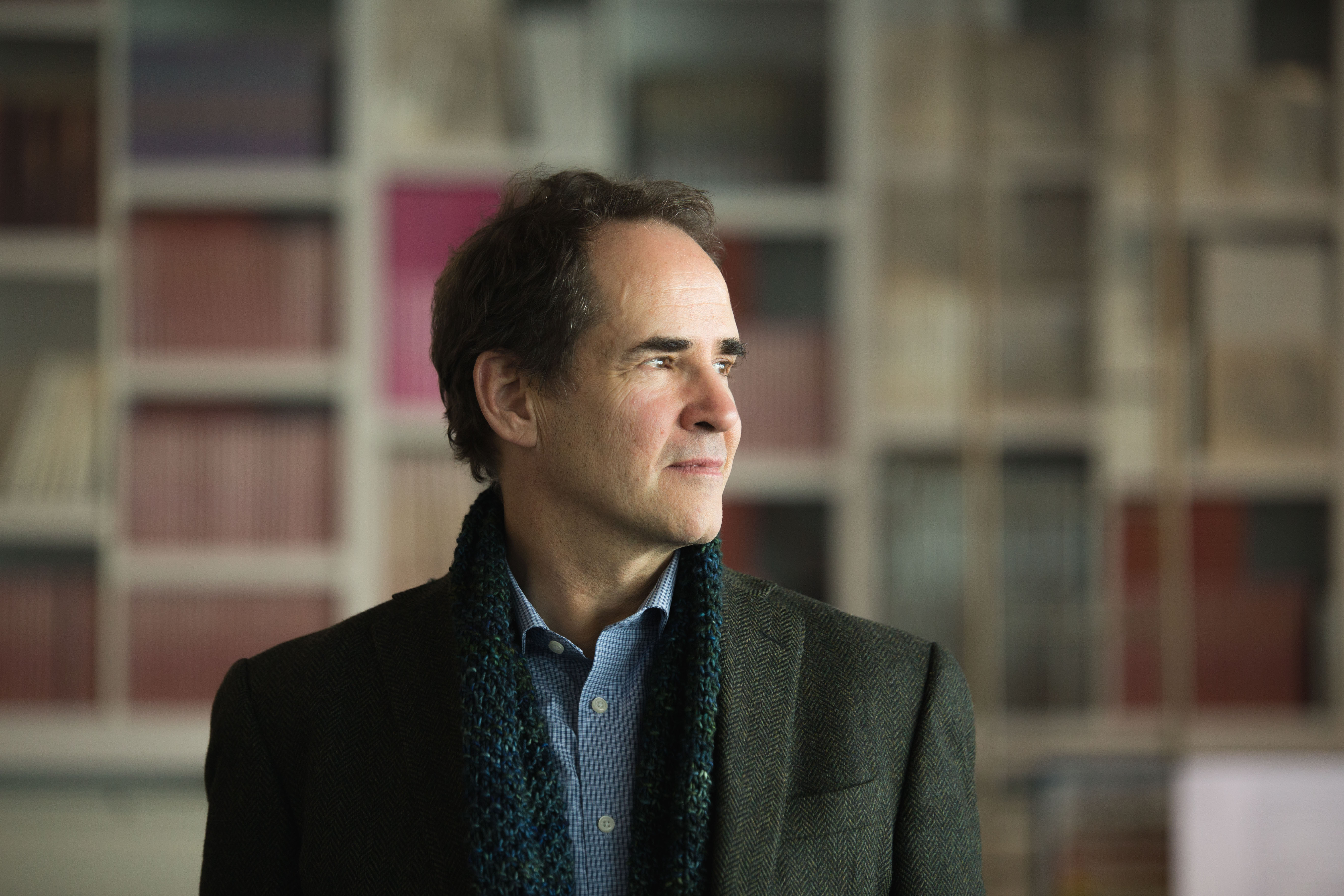 These days, however, Heinrich is most excited exhibition featuring works from Monet — the curation of which he is heavily involved in and glad to be so. “Monet has been the saint of my art historian life,” he explained. “He was the first artist I wrote a substantial paper about in my Ph.D. classes, the first artist I got to write a book about. Every five to seven years in my work there came along a project in which Monet played some role. The current show is probably one of the biggest shows I’ve ever been involved with.”

With the upcoming Monet exhibition, Heinrich reflects back on his career with warmth. “I had no idea that this would be my dream job, but I can only say that this is my dream job,” he said. “I do things that I love to do. It started with making a hobby a profession, and I got incredibly lucky that it worked out beautifully for myself.” 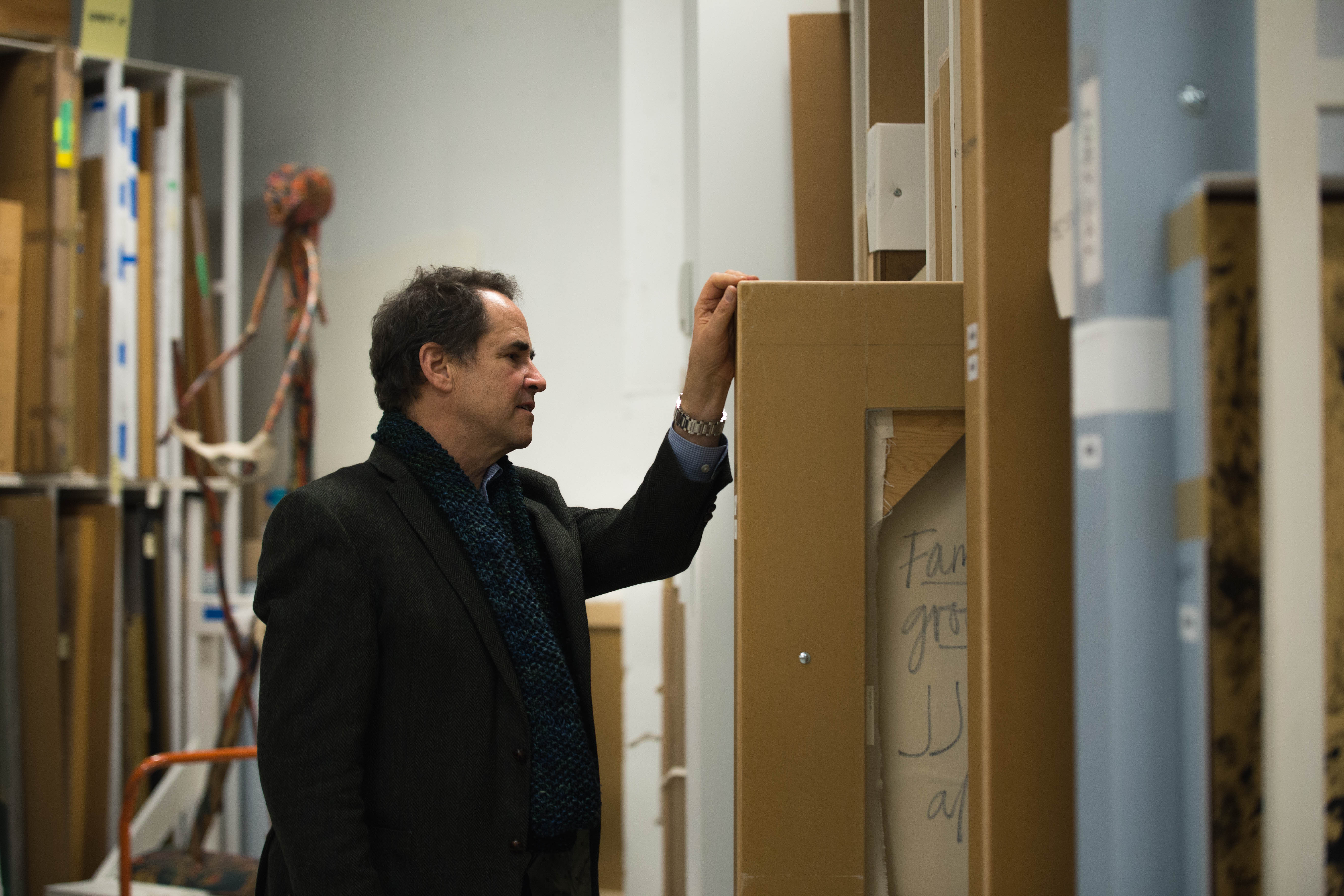 The next steps for the museum are big leaps with the ongoing Martin Building project, formerly the North Building Project, which includes the renovation of the Martin Building and the new Sie Welcome Center. Heinrich and his team are excited to implement all of the programming for the new building. When asked what exhibit has been his favorite to create in conjunction with the museum team, Heinrich joked, “It’s always the next one!”