It is with sheer excitement that Denver fashion lovers anxiously await the opening of Dior: From Paris to the World at the Denver Art Museum (DAM) on November 19. Organized by the DAM and curated by Florence Müller, the DAM’s Avenir Foundation Curator of Textile Art and Fashion, the exhibition will include 202 haute couture dresses spanning seven decades and will profile founder Christian Dior and the House’s subsequent artistic directors. It’s a big moment for Denver fashion as the Mile High will debut what is now the first major Dior retrospective shown in the US.

“Showing 70 years of Christian Dior was a huge project to bring together all of these examples from 1947 until today and to have real examples about all of the seven artistic directors. What you see here in this exhibition [are] examples that are very emblematic of the history of the house but also each of the seven designers,” explained Müller. 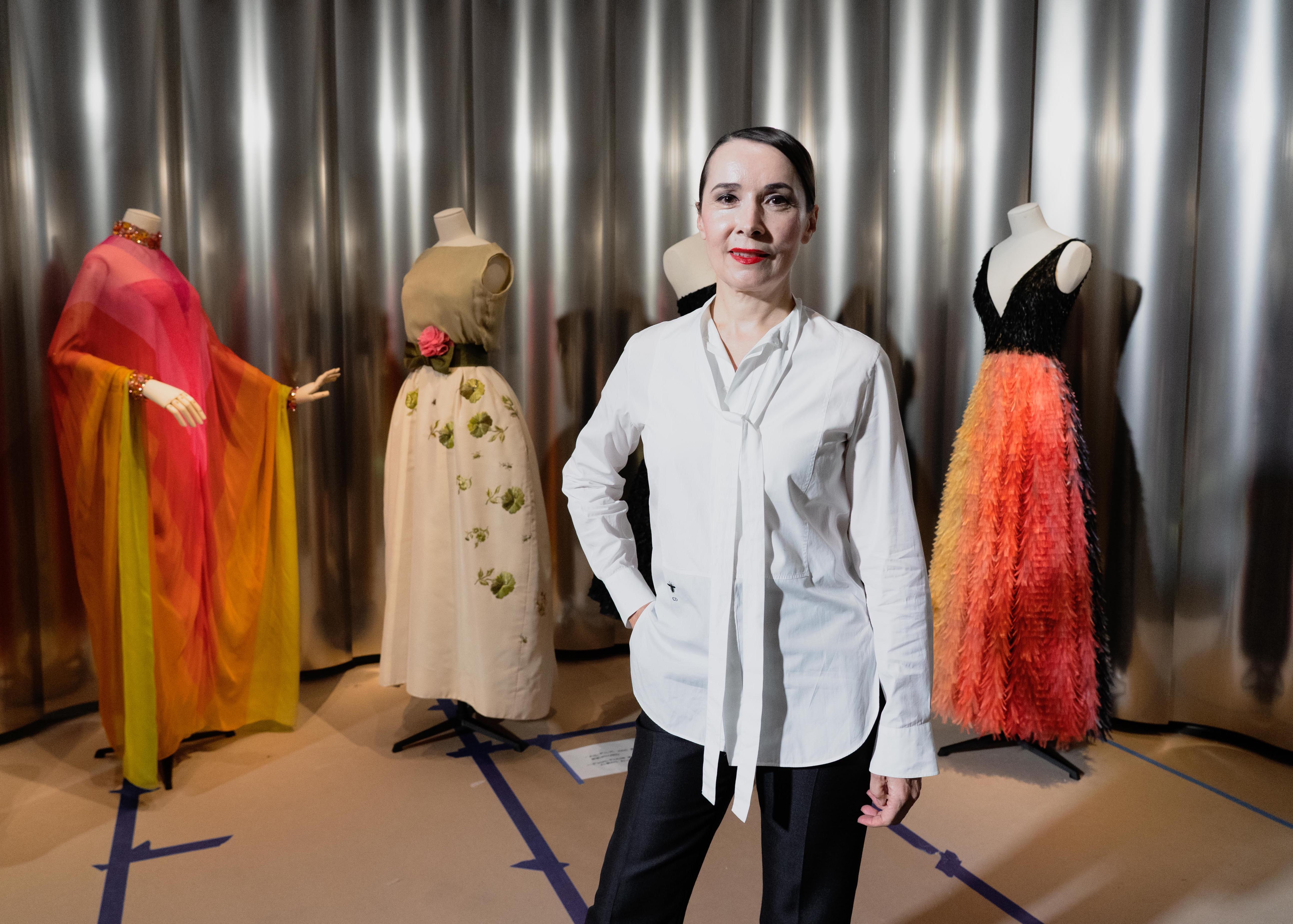 Before it opens to the public, Müller and her team peeled back the curtain for us during an exclusive behind-the-scenes look. The sneak peek revealed the “Ladies of Dior” room which highlighted famous American and international women who have worn Dior haute couture. Inside you’ll find looks that span years of red carpet glamour including Jennifer Lawrence’s famous blush-toned Oscar dress to a major Rihanna moment all the way to gowns worn by Grace Kelly and Marilyn Monroe. According to Müller, the exhibit is set up to feel as if the ladies are in discussion and are positioned to peer faceless through the decades at corresponding looks.

“The exhibition shows what is fundamental, what is in the DNA of the house but also what is specific about the designers like for example, John Galliano was so famous for his eccentricity and Maria Chiuri is famous for her vision of femininity and feminism and her engagement in all sorts of strong messages that she is putting on her dresses and t-shirts to help the feminine power in the world,” said Müller. 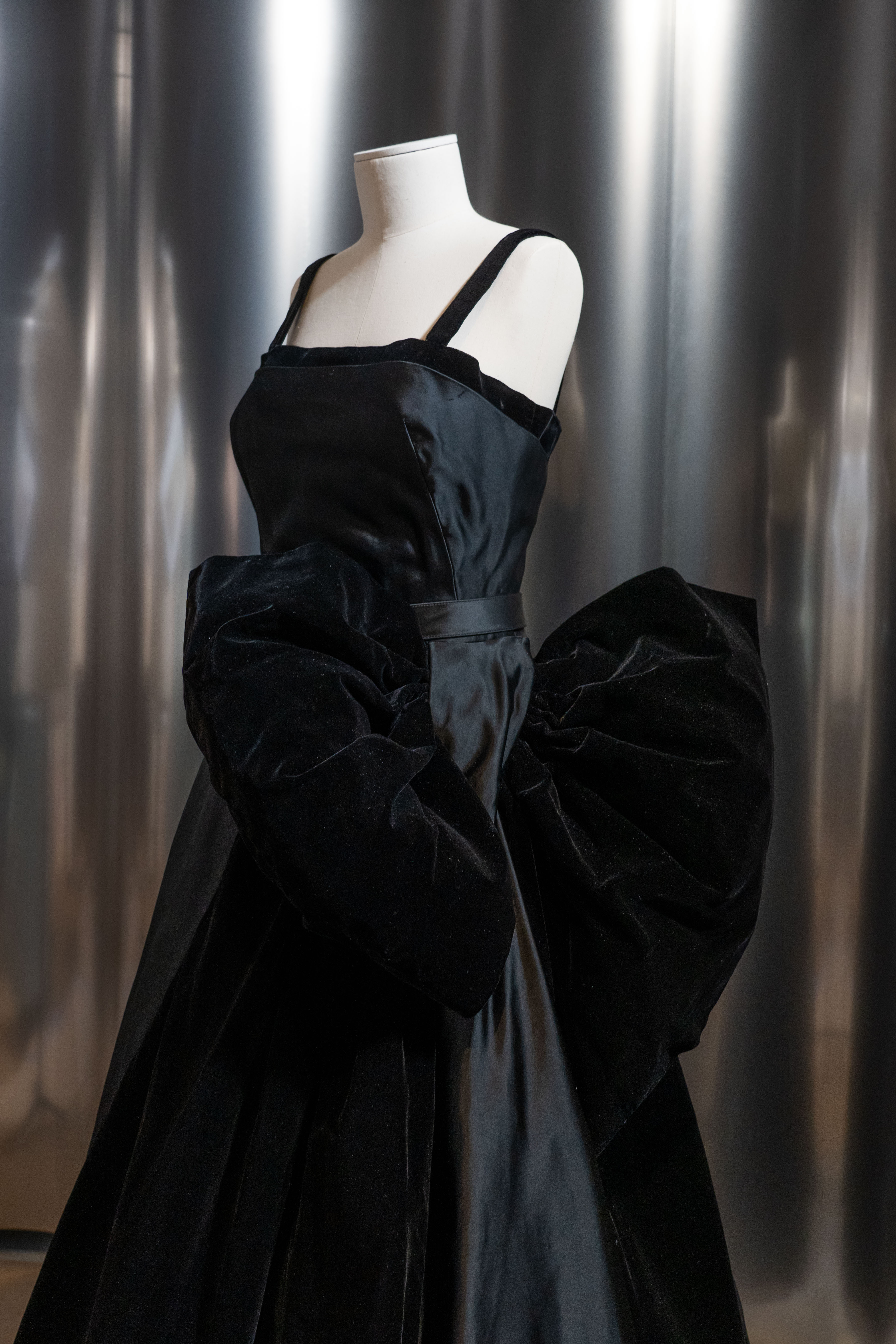 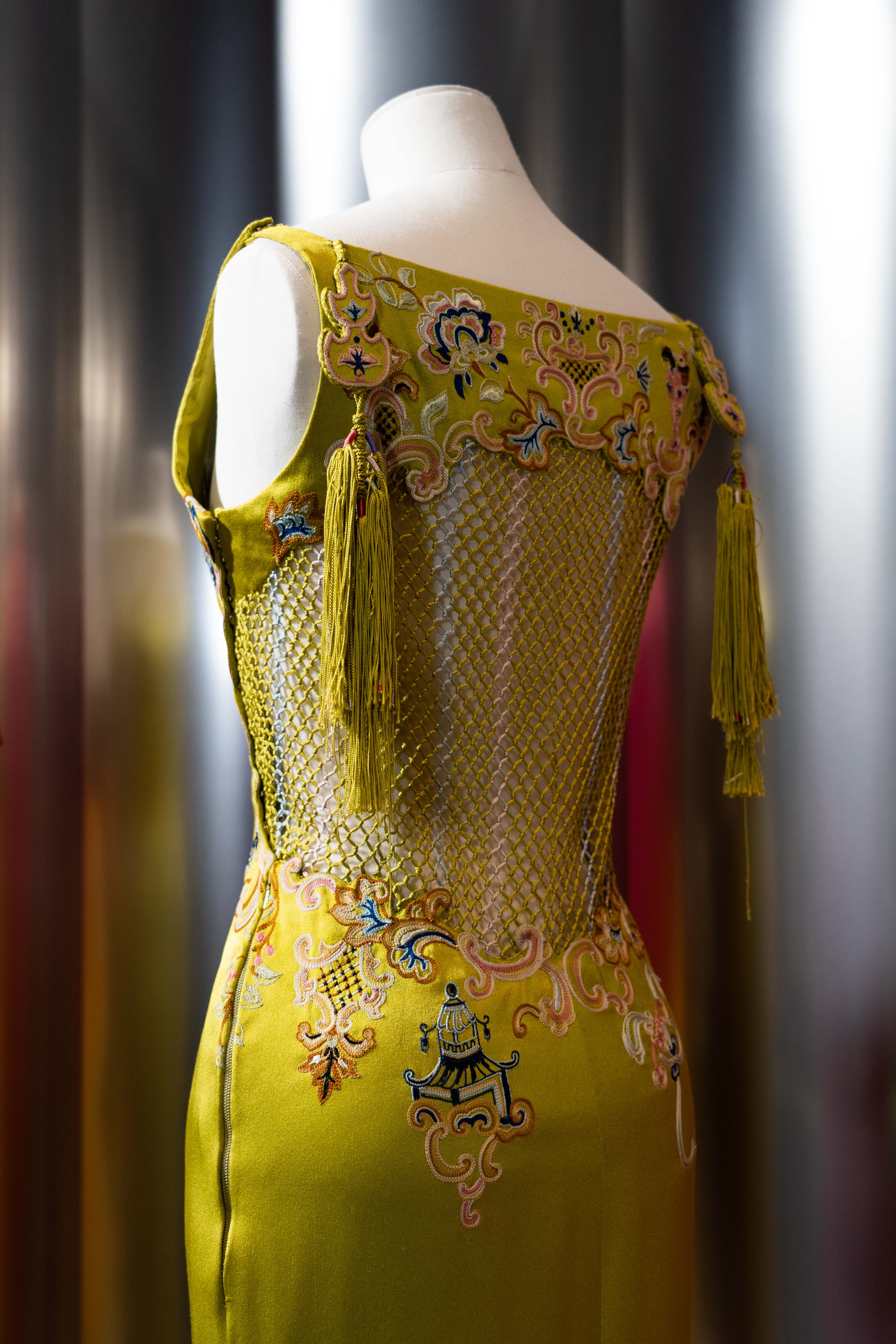 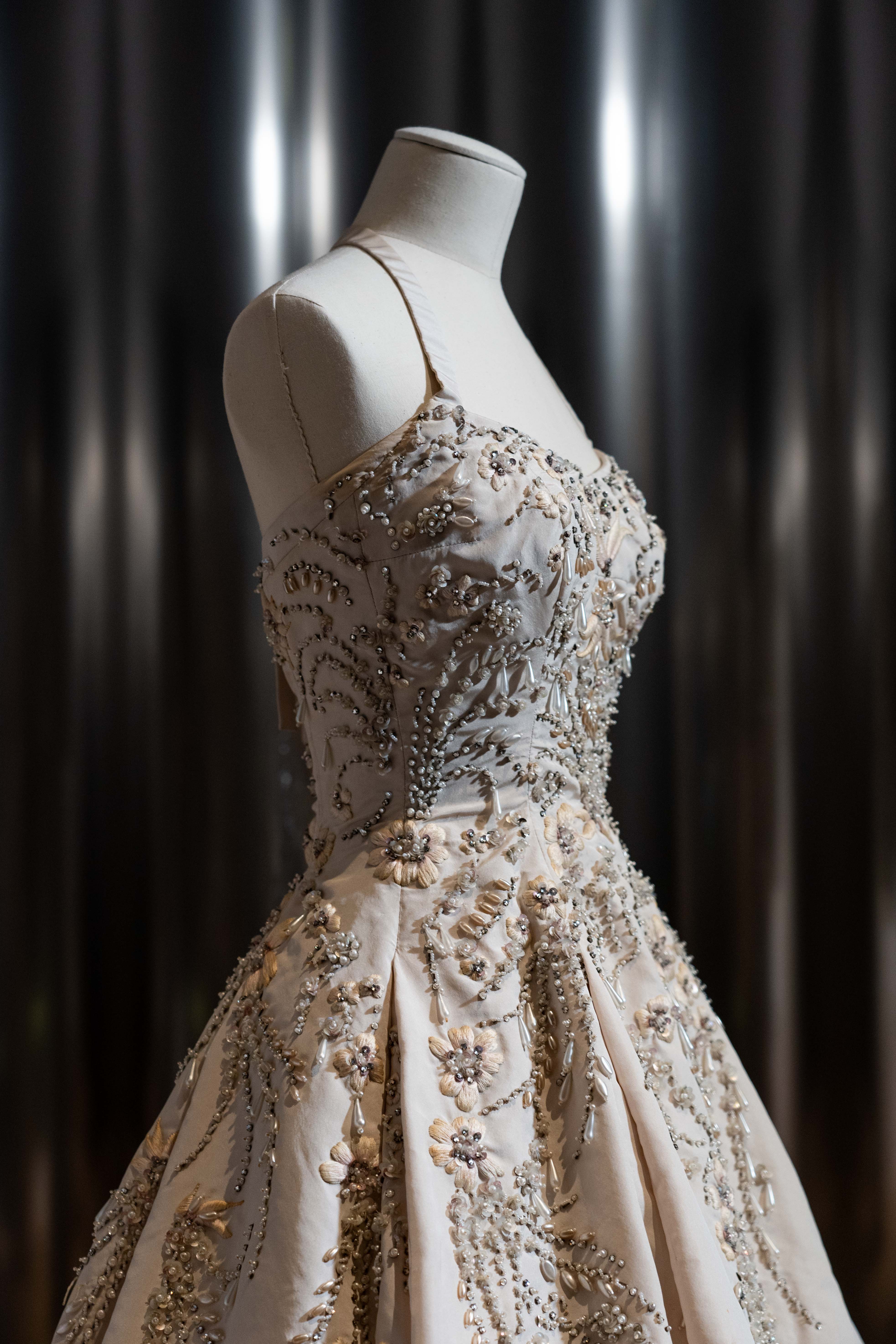 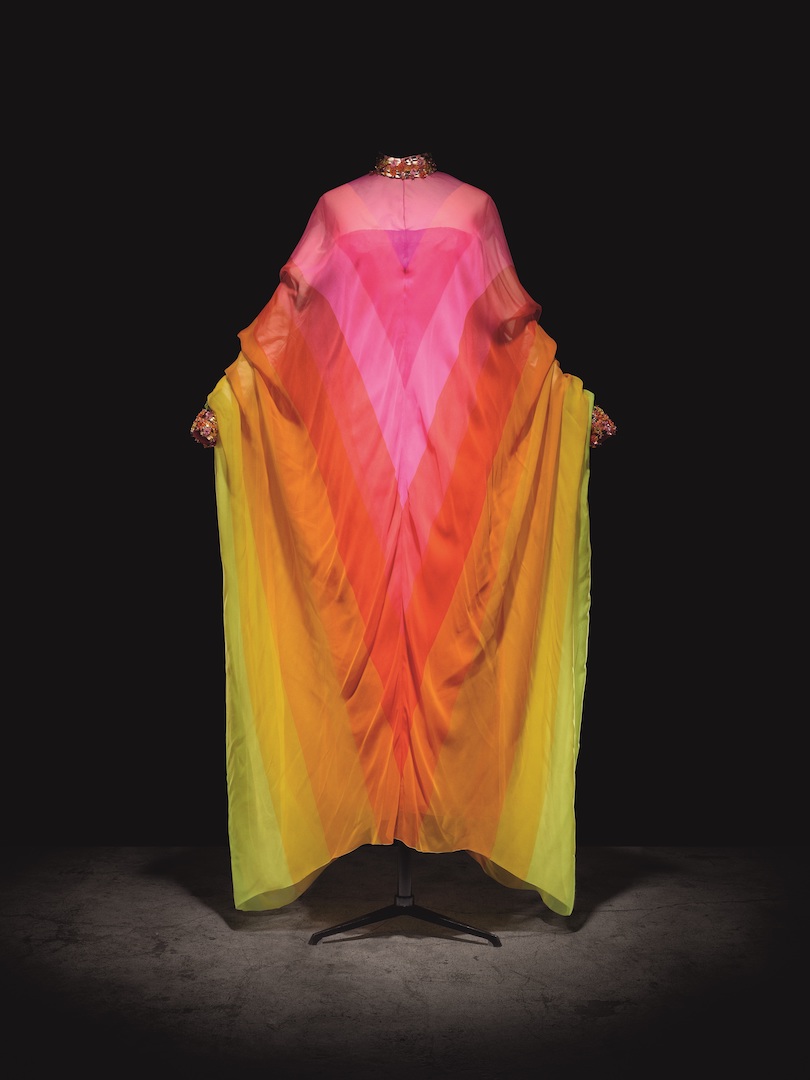 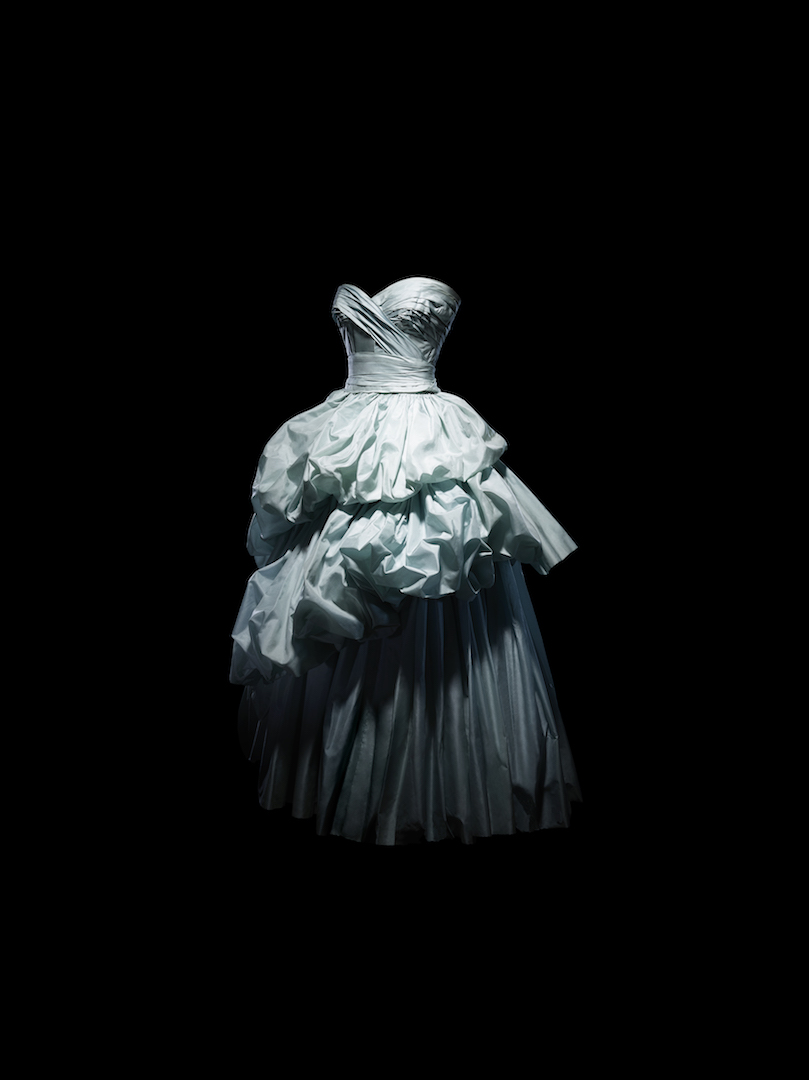 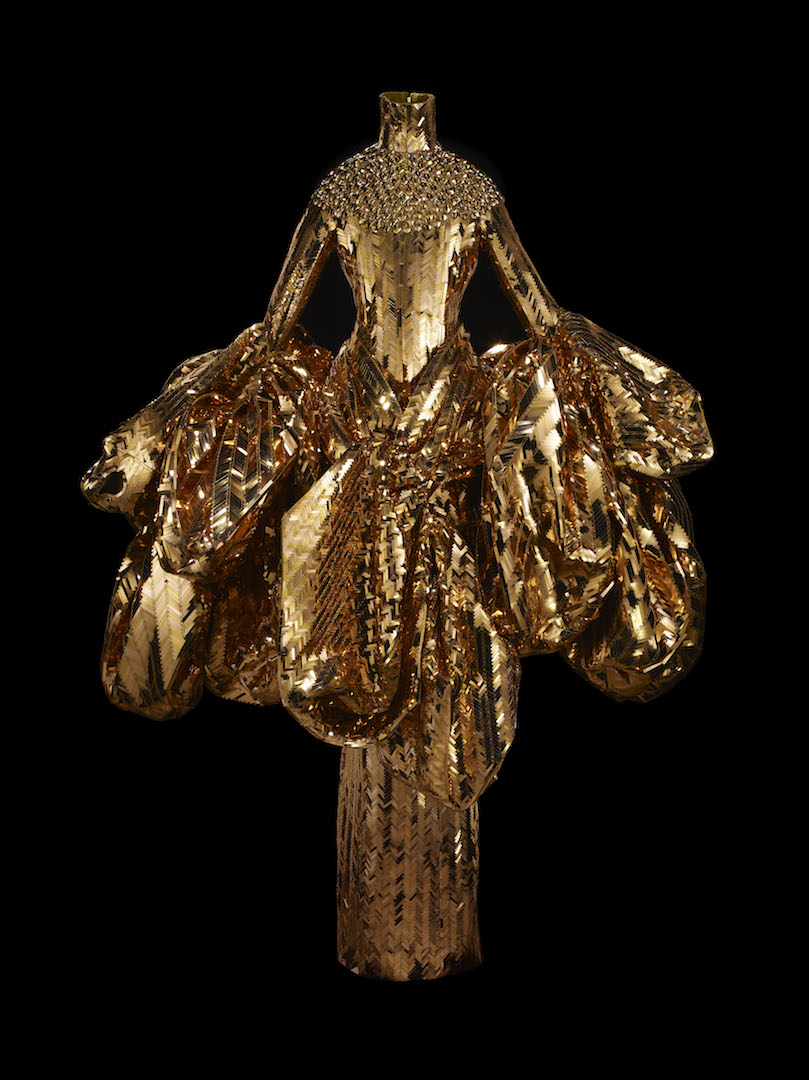 Christian Dior led a revolutionary time in fashion following World War II that embraced the female form. As women returned home from factories they craved a way to express themselves. Dior answered with a debut collection that featured opulent couture with feminine contours. The House’s newest artistic director, Maria Grazia Chiuri, continues to carry out Dior’s vision of female empowerment through fashion and DAM visitors will be able to follow that journey as well.

In addition to seamlessly connecting past to present, another striking feature of the exhibit is the feeling that the audience is experiencing something entirely new and beautiful. “When you open the crates and you see the dresses coming out of the crates I always say it’s like Christmas,” shared Müller. “It’s like gifts and then the Dior team is working in shaping the dresses and suddenly they look so different, it’s like a second life after the life they had on the catwalk.”

Just as Müller and the DAM have given life back to some of the House of Dior’s most iconic dresses worn by Marlene Dietrich, Charlize Theron, Nicole Kidman, Zoë Kravitz and more we, as the viewers, will also be able to give this haute couture a new existence in our lives through our adoration. Dior: From Paris to the World will give Denver an invigorated appreciation for the power of all forms of art, including fashion.

Dior: From Paris to the World will be on view from November 19 to March 3. Ticket info can be found here. The DAM is located at 100 W 14th Ave Pkwy, Denver.

All photography by Brittany Werges unless otherwise noted.