Last year was the inaugural year of the WeldWerks Invitational and it blew away all the expectations that come along with being one of the best breweries in the state. But did this year’s festival live up to the hype it created from year one? Absolutely.

Two thousand people descended upon the town of Greeley and with the exception of a few ill-timed storms the event went off without any issues. Not even WeldWerks can control the weather after all. Taking a cue from its success last year, WeldWerks expanded their charity auction raising thousands of dollars for the WeldWerks Community Foundation. Beers were donated locally from folks like Amalgam, Wiley Roots and WeldWerks and special beers were brought in by other out of state breweries like Perennial, Voodoo Brewery and Superstition Meadery to name a few.

Now, let’s get into the beers. There were still lines for a few but we couldn’t resist the wait. Those we waited for were certainly worth it. But regardless if you had a long line or not — every brewery showed out so let’s breakdown some of our favorites.

Why We Still Waited In Line 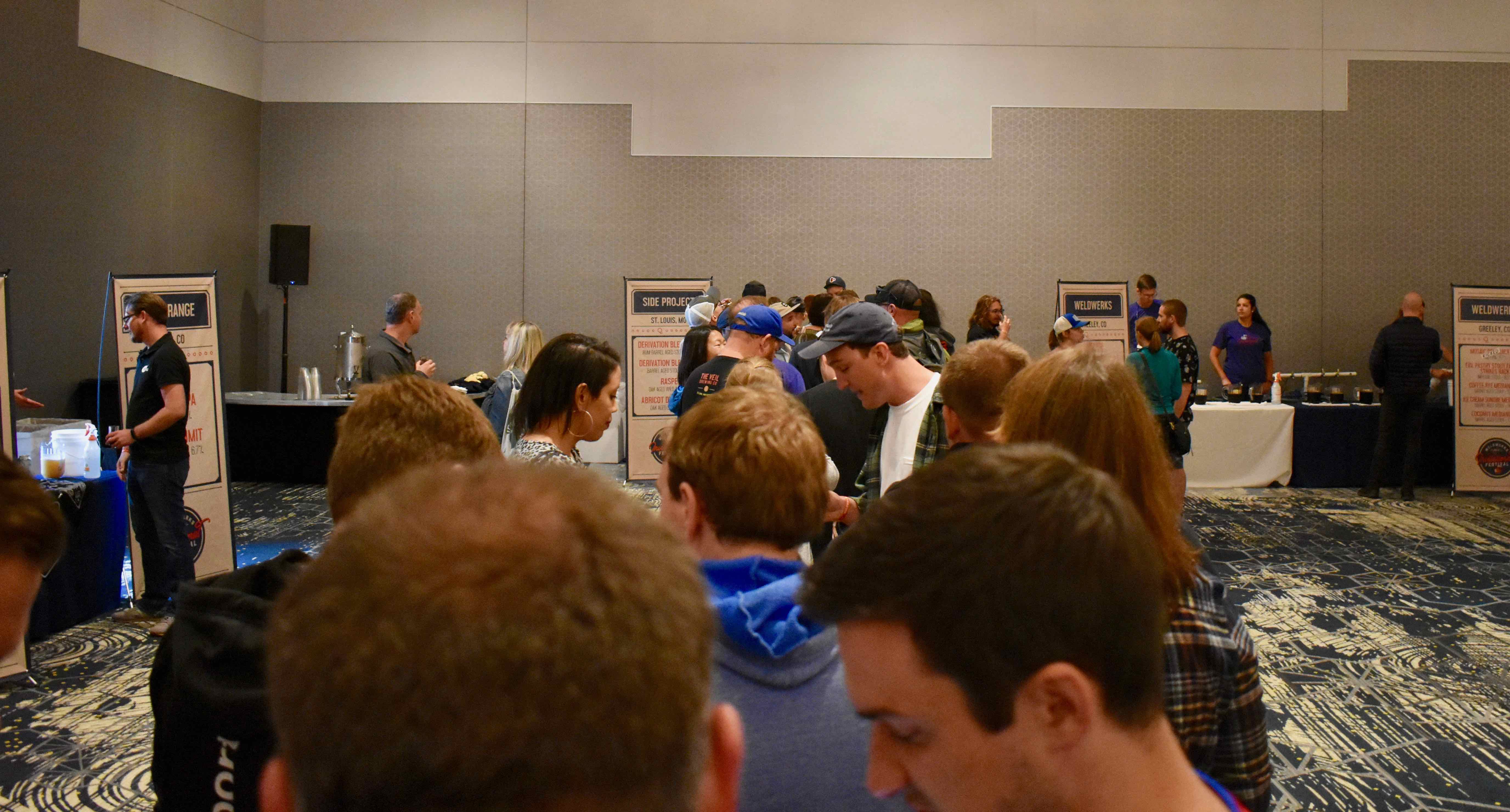 The line for Side Project Brewing

Line life. No matter where you go in the beer world it will find you. You can fight it but you want to know, thankfully we had someone run us a few beers as we waited, so no precious festival time was wasted. The longest line of the festival belonged to Side Project Brewing and it was all about Derivation, specifically Blends #9 and #10. Side Project has garnered national attention and sipping on these beers we can see why. Our favorite was Blend #9 which involved rum barrels, maple bourbon barrels and cinnamon whiskey barrels.

So much yes in one sip, we nearly ran back in line for more. But alas, the next big beer line was calling our name. The second biggest line belonged to 3 Sons Brewing Company, a newbie to the festival. While we enjoyed the refreshing lager aptly named Rice Crispy Bois, that wasn’t what the line was all about. The line was for the Barrel Aged Imperial Double Scoop. When we walked away we renamed it melted Neapolitan ice cream dipped in bourbon.

The other long line was no newcomer to the Invitational or long lines and it was Voodoo Brewing Company. Three of the four beers being poured were barrel aged and people made sure to go through the line more than once. While most seemed to really enjoy Really Thin Pancakes, a stout with self-proclaimed copious amounts of roasted coffee and maple syrup aged in bourbon barrels we walked away most impressed with Black Magick. This imperial stout, without adjuncts, was straight fire. The sweetness of the brandy barrels danced on your tongue.

No Line, No Problem 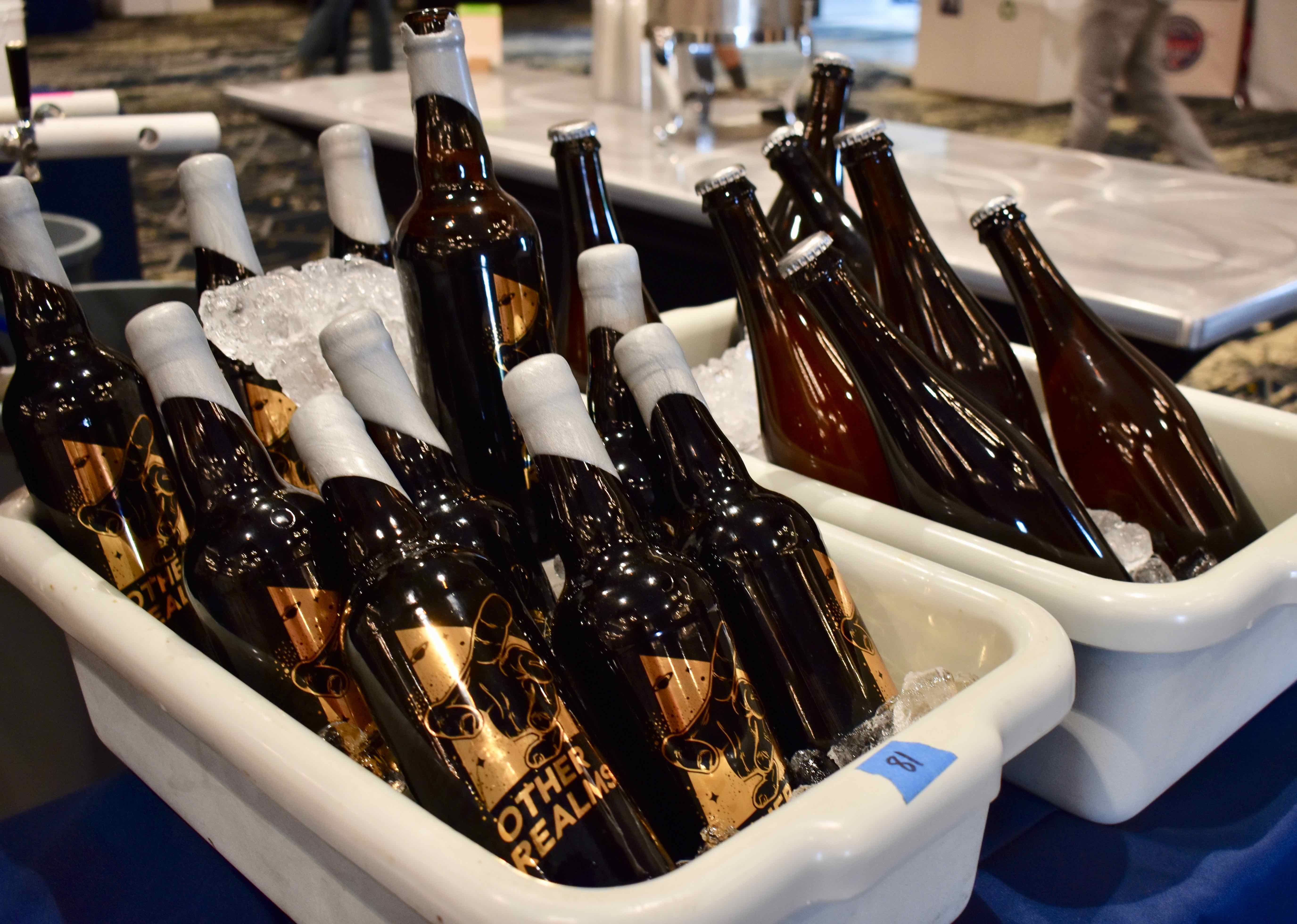 Incredible beers representing several styles were everywhere. It’s very difficult to walk around a festival and pleasantly enjoy each table. But we did that — and we did it more than once. Because of our exploration, we found Superstition Meadery and want to personally thank Weldwerks for inviting them to the event. Never before have we sipped on mead at a beer festival and now we can’t imagine a festival without it. The Framboesa Atando, a port barrel-aged raspberry mead was sweet, lush and addictive. We know just a little bit about mead but enough to know we need more of this.

Now, onto the beers. We have come to expect solid even great beers from Amalgam and its reputation in the barrel-aged stout world is growing. We think they have rightfully taken their place among the best with Other Realms plus Vanilla. It was robust, layered and the vanilla was forward without being too much. Moksa out of California impressed with Deluxe, a beer that is a true reflection of its name. This stout spent 15 months in barrels before it met Ugandan vanilla beans and it became a creamy, marshmallow delight. Horus Ales, another newbie to the festival brought a selection of coffee stouts, our favorite was Proper Dose, one of the most coffee forward beers we have ever tried with no astringency detectable.

The most aromatic beer was Berries and Cream from Great Notion Brewing out of Portland. This stout with coconut and blueberries almost had us drooling before our first sip because the aroma of the berries was so powerful. Another brewery that you need to continue to keep your eye on is Primitive Beer. They are on the verge of something special. Of the four beers poured this festival we walked away wanting to steal a bag of Zuurstok, the spontaneous beer aged in oak on Colorado-grown Montmorency cherries that, yes, comes in a bag. It was funky, it was tart and it had a kick of spice. It was a perfect way to break up the stout party we found ourselves immersed in during the festival. 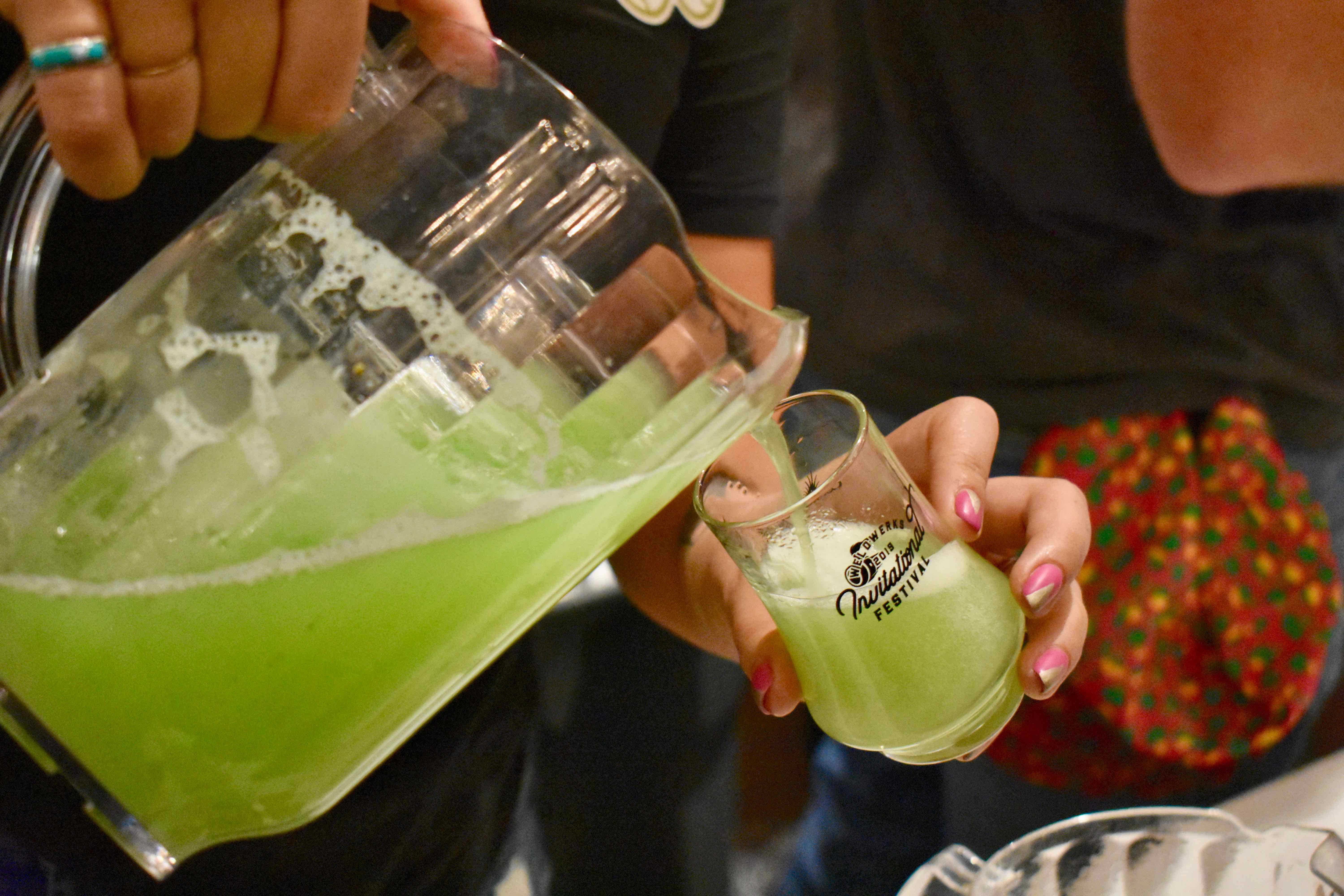 It wouldn’t be the WeldWerks Invitational if WeldWerks wasn’t exploring what new kinds of adjuncts or hops could be used. The most colorful beer of the festival was You Can’t Do That To IPA. The beer brewed by Weldwerks in collaboration with Cerebral Brewing is a Blue Raspberry IPA with Lactose that ended up a very unique shade of delicious green. We vote for more IPAs with blue gummy raspberries. Another thing you might not expect to find in a beer? Bananas. WeldWerks introduced the world to a Bananas Foster Medianoche. Now, we love their iconic Medianoches  — but even we were skeptical. However, the way the rum barrel enhanced the bananas brûléed with Turbinado sugar was special. Add to that the cinnamon and vanilla notes and we were in heaven. Just when you think it can’t be done, WeldWerks finds a way to make it happen.

There was one other WeldWerks beer that was so special we thought it was the best beer being poured at the festival, the Brandy Coconut Medianoche. We have loved the previous versions of the Bourbon Brandy Medianoche and the Coconut Medianoche but there was no way to know how well these two would go together. It was sweet from the brandy but something in the coconut balanced that out — resulting in a delicate barrel aged stout like no other we have ever tried.

We said it last year and we hope to continue to say this for years to come, the WeldWerks Invitational is one of the best festivals in the state, if not the country. It’s well run, showcases the best beers in the US and always keeps the community in mind. It’s more than a beer festival, it’s a special event.