When it was announced that WeldWerks Brewing Company was going to host its first beer festival, the WeldWerks Invitational, this summer in Greeley — beer people across the state and even the country got excited. With that excitement came immense expectation — after all WeldWerks has been cultivating its reputation as one of the best in the state and in the industry. Not only did WeldWerks meet those expectations but it has set a new standard in elite level beer festivals with this invitational.

Like it often does, WeldWerks also gave back to the city of Greeley and Weld county — 100 percent of the proceeds from the festival will benefit local Weld county non-profit organizations including but not limited to the Immigration and Refugee Center of Northern Colorado. In addition, there was a charity auction for bottles of Bokkereyder, a Belgian brewery which produces some of the best and limited lambic style beers in the world. Three bottles per session were available raising even more money for the charities involved. 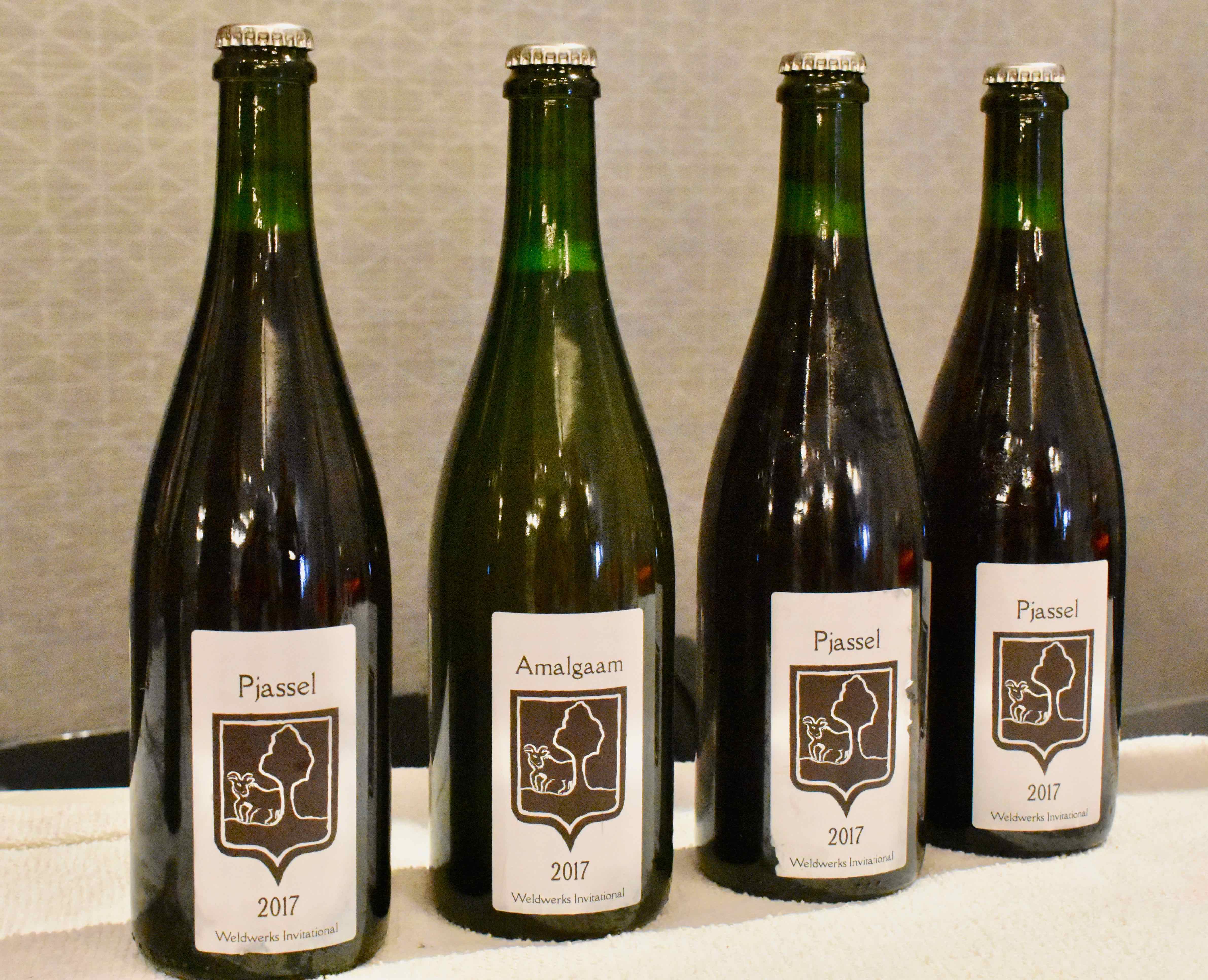 We attend many different beer festivals and this is the first time we can say that there wasn’t a bad beer to be found. Every brewery brought out its best — it was an event that legitimately showcased the best of craft beer. It wasn’t just one style either — from barrel-aged stouts, to wild and spontaneous to the ever-present hazy IPA — all styles were represented with authority. 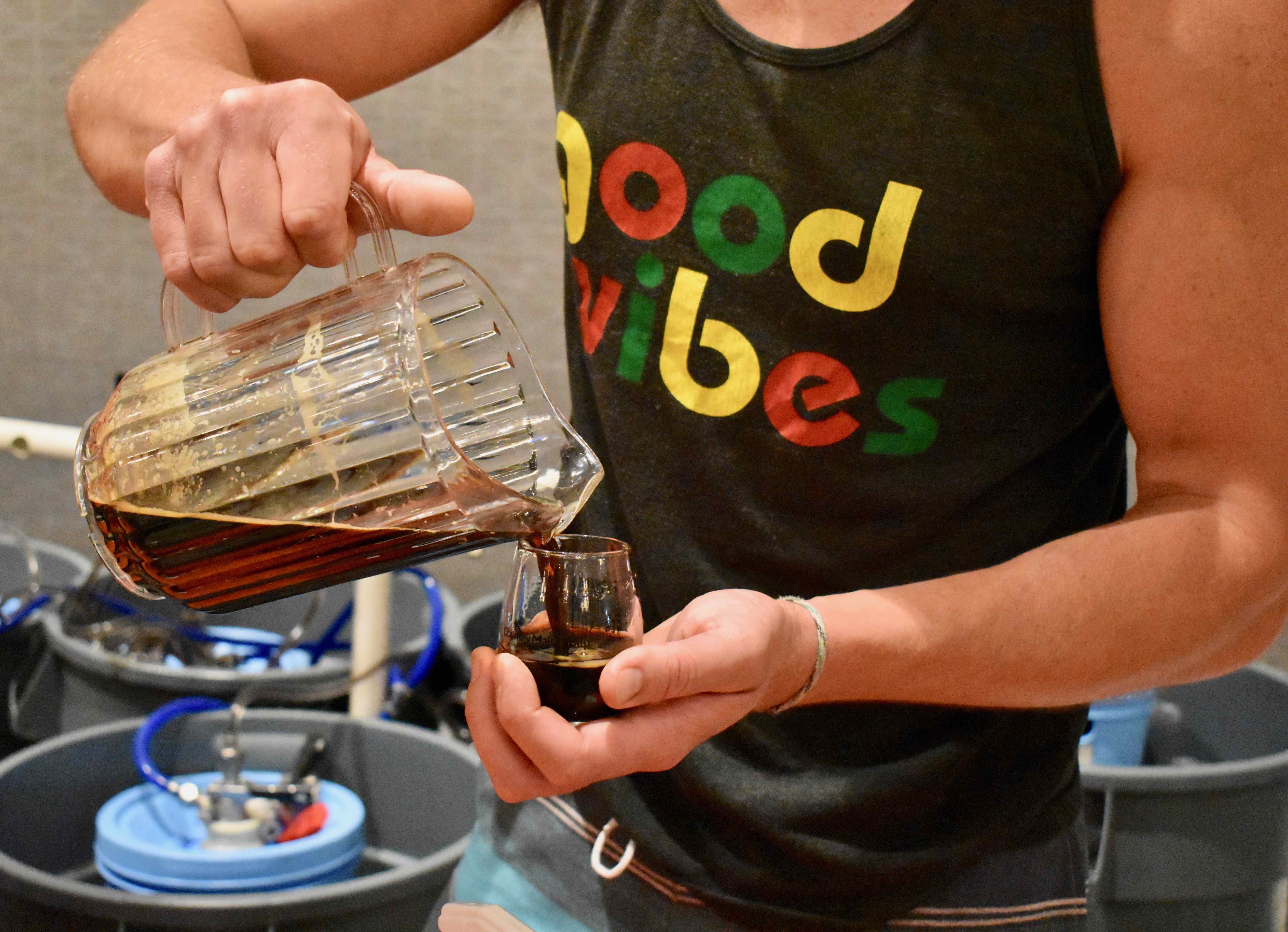 Even with great beers being poured at each table there were still crowd favorites and beers that kicked within the first 30 minutes of each session. The table featuring Bokkenreyder’s bottles plus the collaboration bottles that was blended with Colorado’s own Amalgam Brewing was without a doubt everyone’s top destination. Funky, sour and everything you want in this style of beer and for most it’s the only time you can get to try it without visiting Belgium. We have mentioned it before and we will mention it again — keep an eye on Amalgam, this brewery is on the precipice of something special.

From there many people wandered off to the Lost Abbey line to get a sip of Duck Duck Gooze, a Gueuze inspired beer that has an intense following. One sip in and you can see why — it’s funky, tart and pops on the palette. While some people were working on chasing sour beers the others were focusing on the super exclusive barrel-aged stouts. 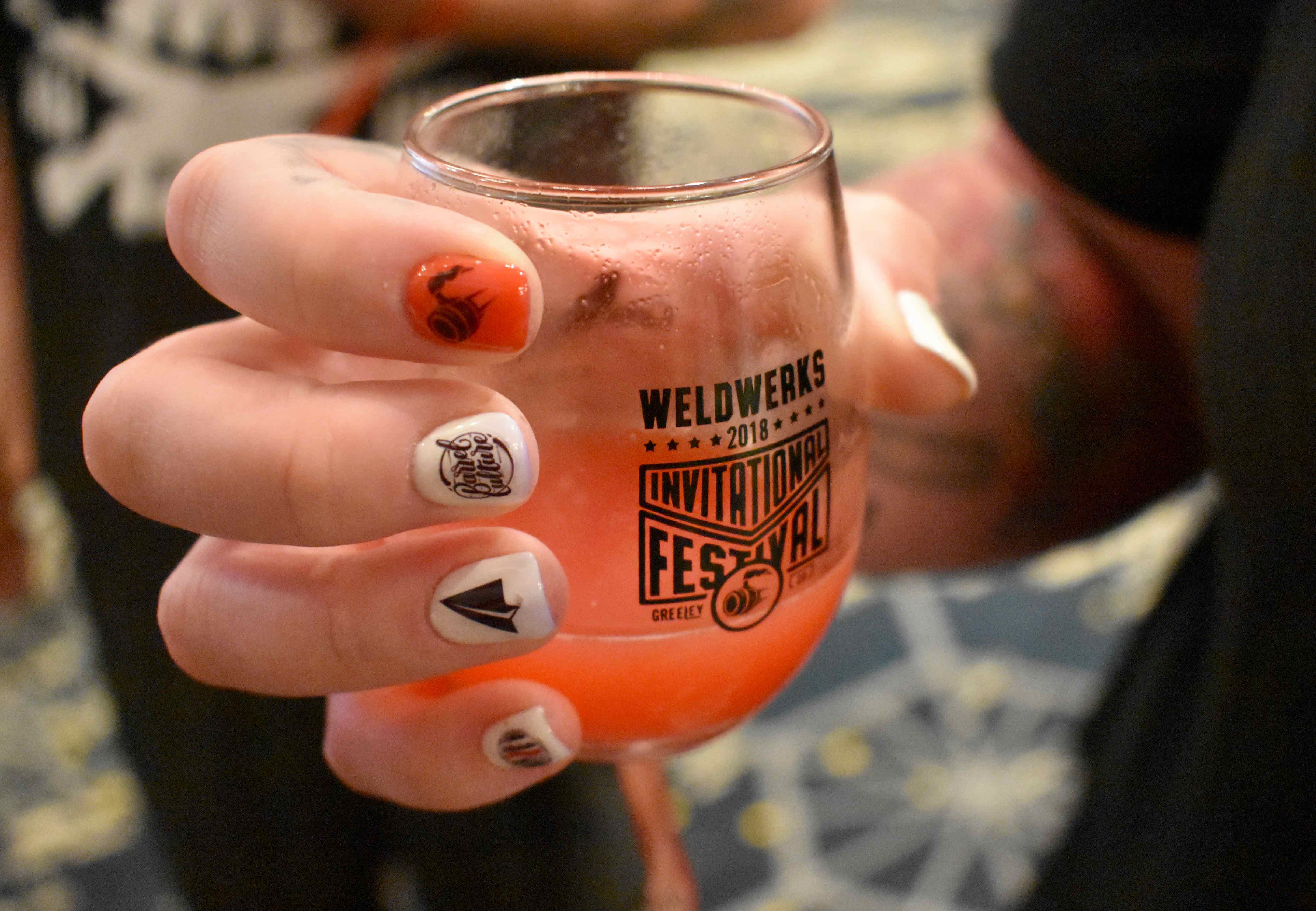 Nicole Sanchez creates custom nails for special beer events such as GABF, The Roswell Release and the WeldWerks Invitational.

Barrel-aged Abraxas from Perennial which featured cacao nibs, cinnamon, Madagascar vanilla beans and ancho chilies was gone so quick we didn’t even get a sip. On the other side of the room we were able to make a visit to Toppling Goliath and sip on some Assassin before it kicked. It was a great beer, don’t get us wrong. We understand the hype but in a festival full of crazy flavors, a straight barrel-aged imperial stout left us wanting something more. We found it after making our way through another line over at More Brewing — we hadn’t heard of them before but one sip of their bourbon barrel-aged Neapolitan style Imperial stout named Barrel-Aged Henna: Double Rainbow and we were hooked. 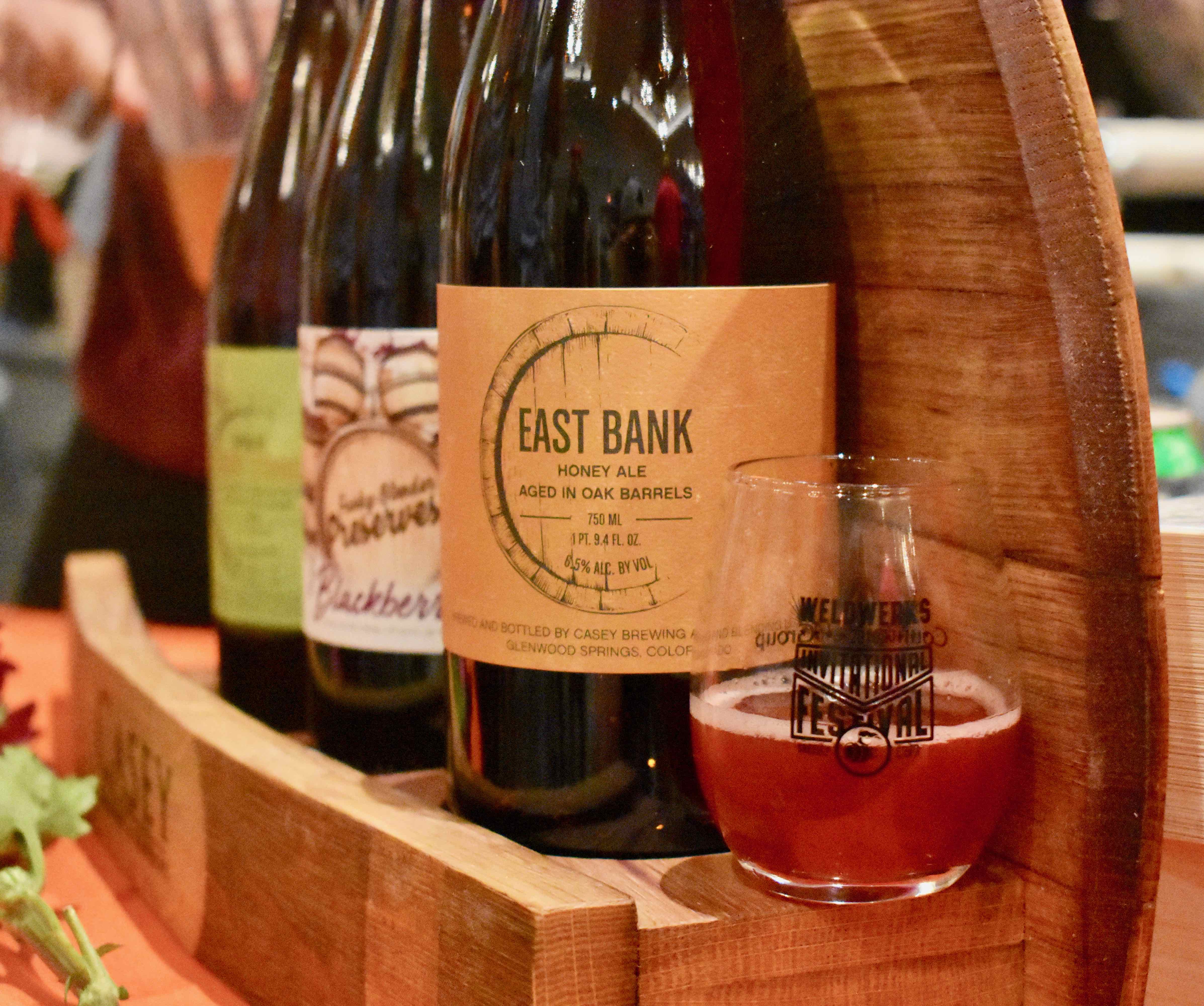 In beer paradise, it is incredibly difficult to pick just a special few beers — we waited in the longest lines and those beers were worth it but there were others under the radar if that’s even possible. Barrel Culture was pouring straight juice, at least that’s what it felt like, the Passionfruit-Pineapple-Beets sour ale was beautiful, light and a level of crushable we didn’t even know existed. The Blackberry Funky Blender from Casey Brewing and Blending felt like the next step in what Casey is producing – the juiciness of the blackberry is almost impossible to describe and was just tart enough to produce that small pucker we enjoy.

We also made sure to taste our way through the beers over at the Primitive Beer table. The young Lambic-inspired beers were just what we needed in between big, bold stouts. Out of the three, our favorite this day was Friends of Friends of Friends — it’s fruited and funky. Mood Ring from Bearded Iris was a dream. The fruited IPA was creamy and the blend of raspberry, strawberry and blackberry was on point. 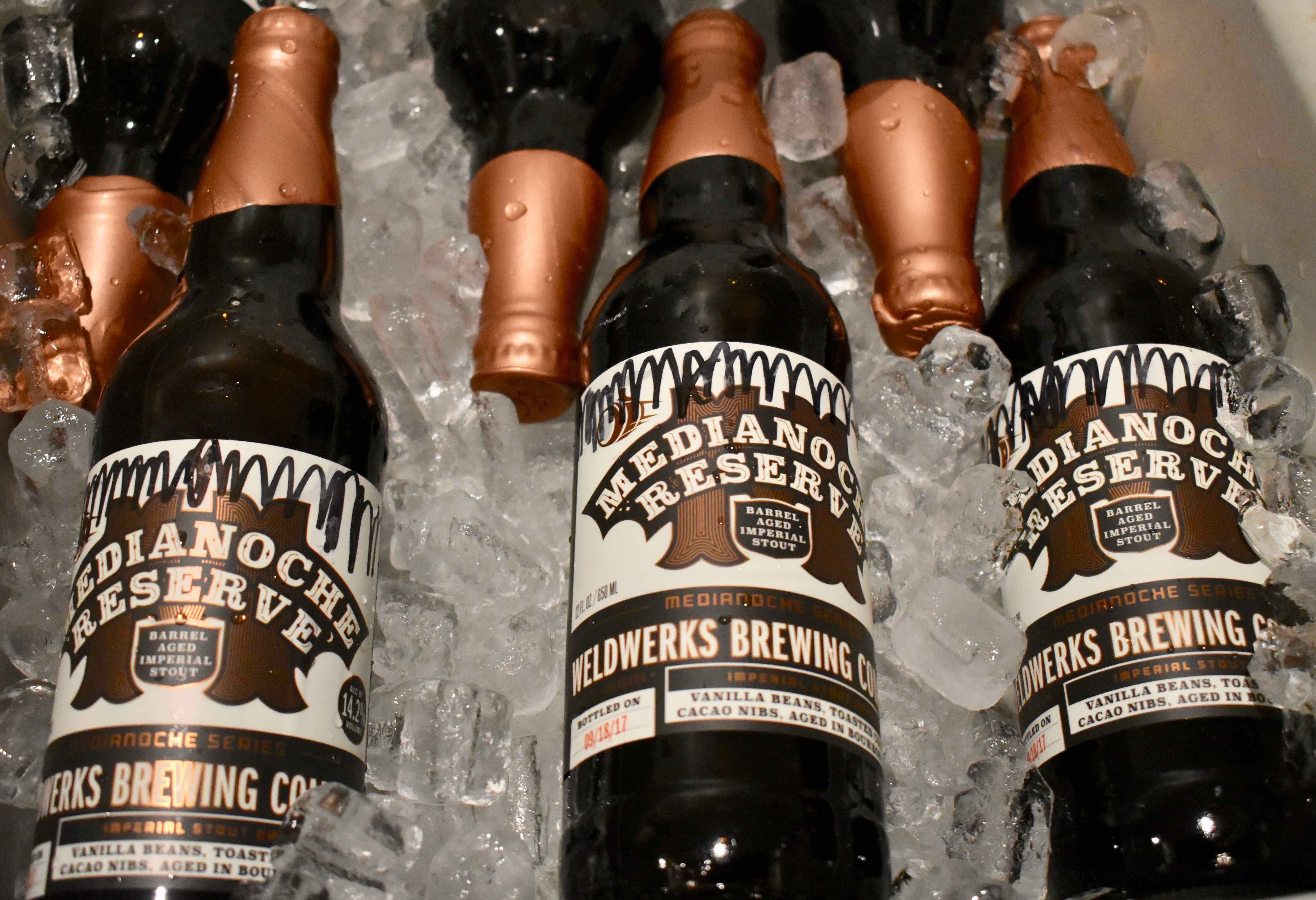 Then there were the beers from WeldWerks. We tried but we certainly couldn’t make our way through the full line up. Thankfully, we can visit the brewery anytime but we might not be able to enjoy that many Medianoches at one time again. The Vanilla Medianoche was a creamy, luscious vanilla bomb. The single barrel Coconut Coffee Medianoche had just enough coffee to balance out the coconut and then there was the Cherry Truffle Medianoche — tasting like a cherry dipped in a chocolate fountain laced with bourbon.

It was well-run, plenty of space and the best lineup of beers we have come across in a long time. If you didn’t know you would have had no idea this was the first beer festival WeldWerks has ever put together. Add in the charitable contribution for the project and it was a great day in the beer community. This might have been the first WeldWerks Invitational but we are hoping many more to come in the future.