Slap the bag. That’s probably not a term you ever thought you would hear when it comes to craft beer but the couple behind Primitive Beer in Longmont is asking you to do just that. Well, maybe not exactly slap the bag, unless it’s something you would really like to do before drinking the Lambic-inspired beer housed in that bag. In case you are looking for slapping examples – you can find them on the brewery’s Instagram.

Primitive Beer, which will have the grand opening this Saturday, April 14, is the passion project of owners, blenders and masters of all trades Brandon and Lisa Boldt. If those names look familiar it’s because Brandon is the head brewer at Odd13 Brewing while Lisa is in charge of events at the same brewery. Both are maintaining those positions while growing their ambitious side project.

It’s not unusual for there to be a new brewery opening in Colorado – in fact, it’s expected. It’s also not unusual for breweries to dabble in the sour beer category. But Primitive Beer is taking it to another level. All of the beer is spontaneous meaning they capture the yeast from the Colorado air, the beer is left overnight in a coolship (open container). We often say beers are 100-percent Colorado — well these beers will ultimately have it all from Colorado malt to Colorado water and even Colorado air. 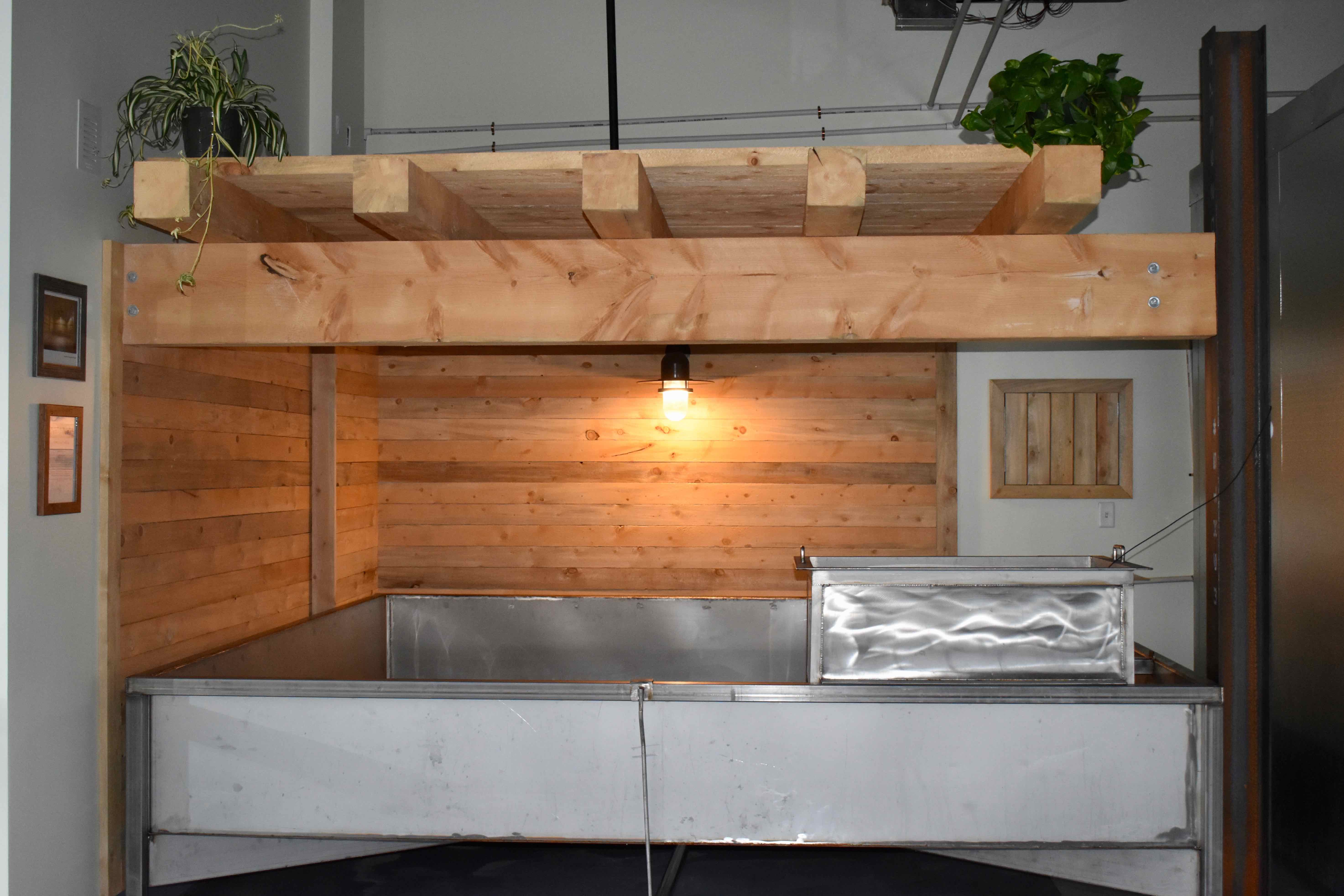 The coolship where the magic of spontaneous beers happens

These beers are being brewed in the image of its Belgian forefathers. Of course – they can never be truly Lambic since they aren’t brewed in Belgium. But it will be the closest possible in the United States while staying true to the Methode Traditionnelle guidelines created for Lambic-inspired beers.

If you want to understand just how passionate Boldt is about his brew – ask him. “This isn’t about better or worse – it’s a sense of pride in the type of beer being produced here.” These beers take time, the first batch being released in bags is young at one year. For Boldt, there is a dedication to it. “Take time to get it right and in the right way.” 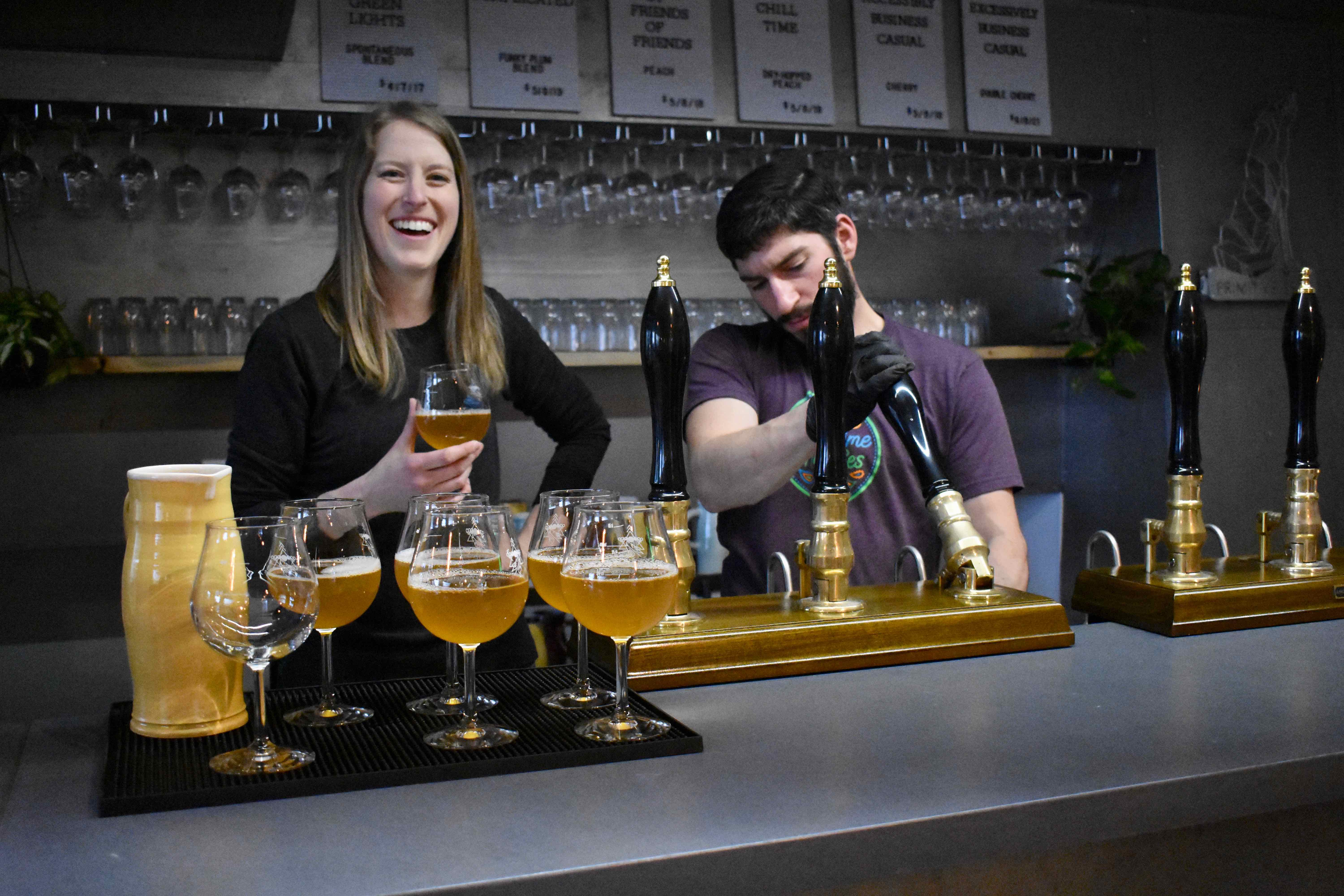 This brings us back again to slapping that bag. The Boldts always wanted to have their own brewery and find a way to release their passion but it wasn’t until a trip to Brussels where it all came together. Both of them fell in love with Gueze and Lambic beers but in Belgium, those beers are easy to get. That is where it all clicked.

They decided to bring accessible Gueze and Lambic inspired beers to the masses and like those in Belgium release it in bags. This is the first-time beer is being released that they are aware of in bags is not just Colorado but the United States. Ultimately, Boldt wanted to “create an atmosphere of beer as a necessity not luxury.” The to-go beer is sold in 1.5-liter bags which are encased in boxes – spigots included and go for 25 dollars each.

One more warning, not only are the beers available to go in bags but like the bagged beers on site, all beers are hand-pulled cask which means little to no carbonation. The beers are what we call still beers. If you are looking for approachable beers to the style it doesn’t get much better than what is flowing out of Primitive. We were lucky enough to taste our way through the menu and if you can do it – start from left and work your way right as each beer builds on the one before it.

Friends of Friends of Friends was like sipping on peachy goodness with a funky finish that will be appreciated by the first-time sour style beer drinker to the expert. Our favorite, however, was Excessively Business Casual the double cherry which was like biting into a tart cherry with an earthier slightly funky finish.

Bottles will come but probably not for a year and then it will take nearly a year of bottle conditioning after that before they are ready. The bagged beer is good opened for three months and should be good unopened for nine months but keep it cold and remember, like everything else, at this stage it’s an experience.

Primitive will only be open from 12 p.m. to 10 p.m. on just the second and fourth Saturday of every month. It’s not about being exclusive but about the dedication to the craft and the final product. The trip to Longmont is worth it – plus you know you want to be the person who brings a legit box of beer to your next party – I know I do.