Amusement parks might not be the first place to expect an art exhibition, but the new ride, officially opening tomorrow inside Denver’s Elitch Gardens, is just that and more. Created mostly by a sizeable team of artists who work for the Santa Fe-based collective Meow Wolf, Kaleidoscape is more about the scenery than it is about the thrills. It follows in the habits of existing Meow Wolf installations (especially The House of Eternal Return in New Mexico), where sensory stimulation runs rampant and people who experience it must allow their imaginations to steer. Although there is a video to watch while waiting in line that sets the stage for the ride, it will ultimately be up to each individual to decipher the rapid-fire narrative which awaits them inside.

READ: Why Meow Wolf is Worth the Hype (And the 6 Hour Drive)

Meow Wolf announced it would open a huge Denver location at the beginning of last year after partnering with Revesco Properties (the owners of the site that houses Elitch Gardens and, eventually, Meow Wolf’s 90,000 square-foot funhouse). With that, the door was opened between the artists behind Meow Wolf and the staff at the amusement park. 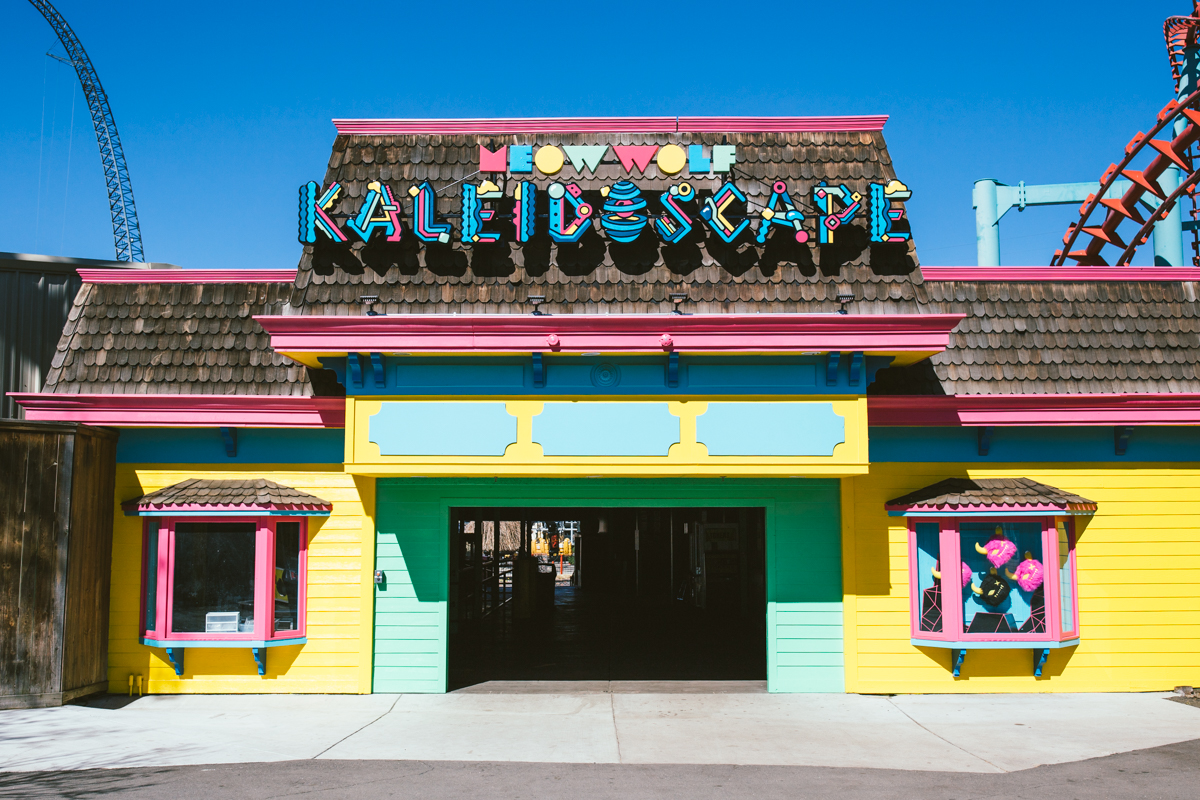 After the park closed for the season at the end of October last year, Meow Wolf took apart the decommissioned ride Ghost Blasters 2, saved certain pieces like the cars and furiously cranked out the rest of the set design. Many of the artists who worked on the ride did so in Santa Fe while seven Denver-based artists were tasked with working from the “home base” in Denver — Kenzie Sitterud, Frankie Toan, Michael Ortiz, Laleh Mehran, Chris Coleman, Brick Suede and Katie Caron.

The result, like almost any Meow Wolf creation, is a mishmash of artistic styles, stories and mediums. Every rider enters with the understanding that they are about to travel through dimensions, through a “multiverse.”  Instead of simply sitting back and watching the pretty scenes flash by (an easy thing to do) try interacting with the “conglometrons” — the green guns inside the cars, which were salvaged from the Ghost Blasters 2 ride. Or, spend your short ride trying to find all the chairs — a recommendation that sounds ridiculous right now.

In our opinion, the ride shoots people through a fantastical wormhole where, for just a few minutes, all times, beings, places and phenomena in the universe are intertwined. In that intersection, things are spliced, confused and fragmented. And in that bizarre and out-of-body state, normalcy is all relative.

At the end of the ride, three objects hang from the rafters — a blue ladder, a red bike and a yellow chair. In three brief transformations, the objects are minimized to a blue triangle, a red sphere and a yellow cube, which are primary colors and simple geometric shapes. This final piece is the cheeky and poignant touch of artists because it speaks to the most stripped-down understanding of visual art, while also referring to complex quantum physics. It’s not necessary to grasp all of the oddities within Kaleidoscape, and it may be more interesting in the conversations it sparks after riding it. 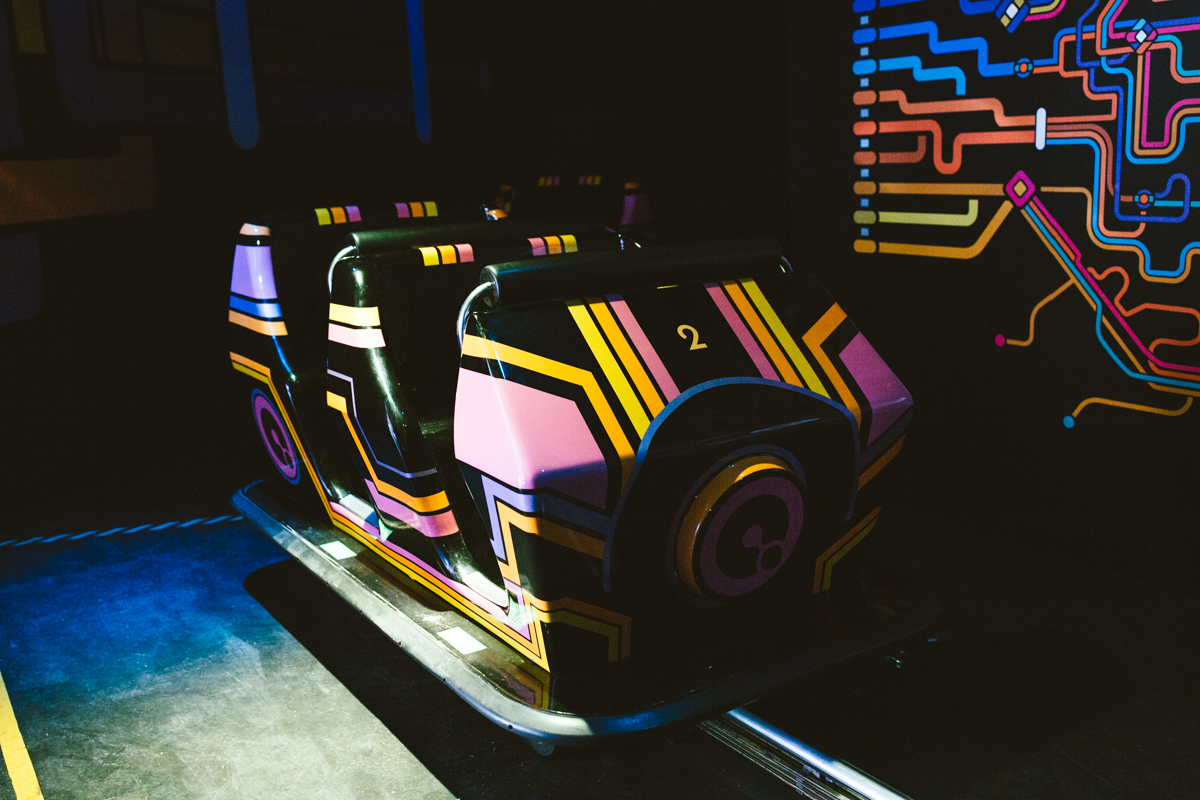 Whatever you do, don’t forget that everything you see has been made by an artist. Even though most amusement park rides require some artistic touches, Elitch Gardens has never handed over the reins to this extent, making Kaleidoscape a true one-of-a-kind adventure. It also suits the mission of Meow Wolf — to bring art to people on a far more accessible scale, as well as allowing artists to produce innovative installations while receiving a paycheck.

Riding Kaleidoscape is included in general admission to the park, which opens April 20. Get tickets here.