If you’ve never had a reason to visit Santa Fe, now you have one — an enormous psychedelic playhouse and art exhibit called The House of Eternal Return created by the art collective Meow Wolf. Funded by Game of Thrones creator George R.R Martin, the city and a Kickstarter campaign with a collective $6 million, Meow Wolf opened the permanent installation last March and is still generating massive crowds. 303 Magazine road-tripped down to Santa Fe to check out the “wildly imaginative art space [that is] a unique combination of children’s museum, art gallery, jungle gym and fantasy novel,” and all of the hype is warranted.

There has been rumor that Meow Wolf might open a similar (and bigger) installation in Denver, “a sister-city to Santa Fe.” This news shouldn’t keep you from visiting the O.G. exhibition though. The House of Eternal Return is a 20,000 square foot installation within a 30,000 square foot warehouse (that used to be a bowling alley) which holds a walk-in art studio, a bar, a gift shop and bathrooms. They also have events like concerts and yoga classes that take place within the exhibition. There is only one entrance into the installation, but numerous exits, and you may come and go as many times within the day as you wish with your wristband ($18 for adults). Give yourself at least two hours and if you prefer less crowds, go on a weekday or a few hours before they close.

The best way to describe this one-of-a-kind art installation is by breaking down the main themes that tie the psychedelic smorgasbord of Meow Wolf together. The best advice is to open your mind, suspend your belief and touch everything. 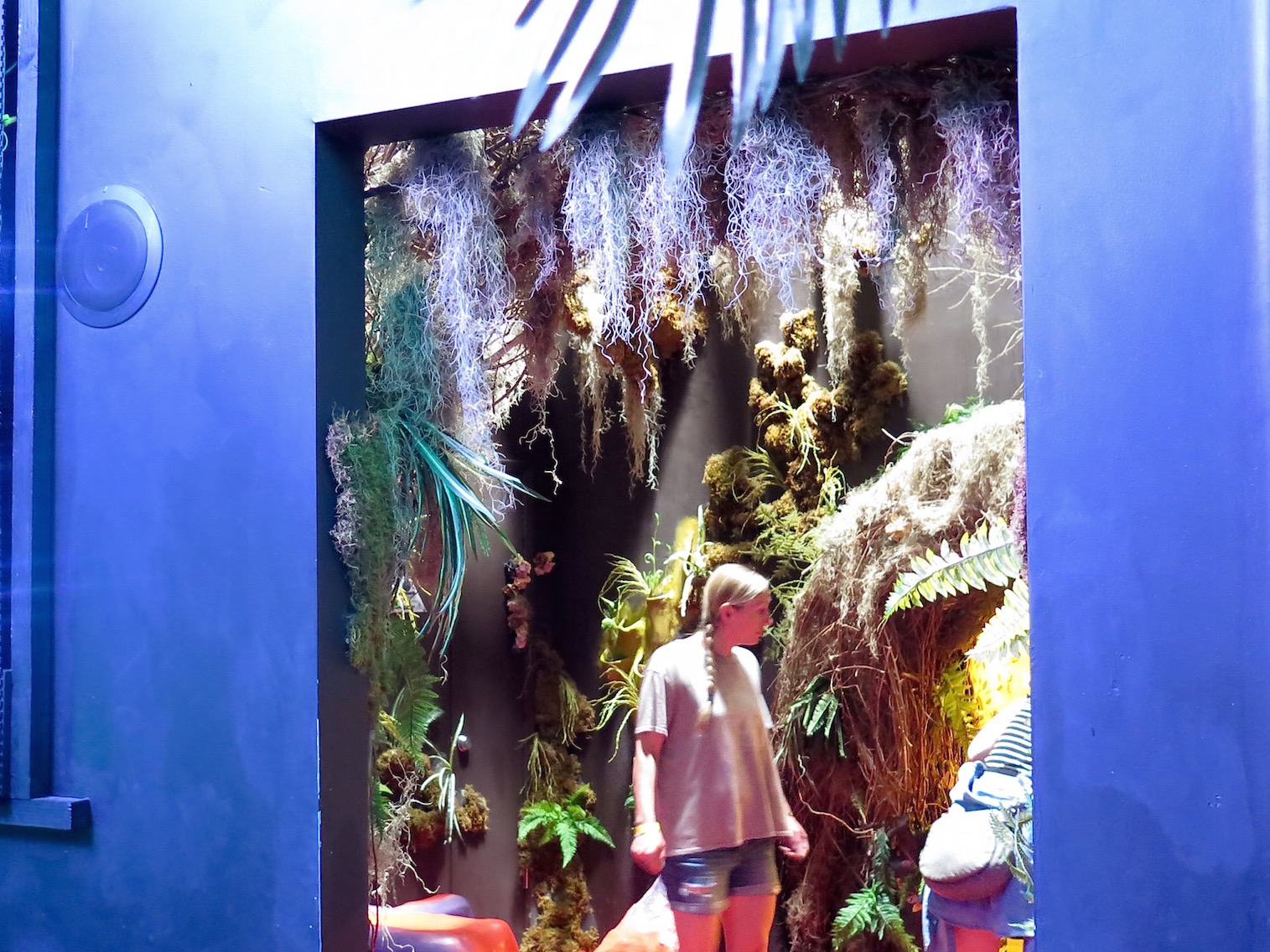 Most of what you’ll find on the Meow Wolf website about the art and the reason behind the art is purposefully vague because it is designed to enhance curiosity. Watching other visitors explore sections of the exhibit might give you hints to some of the secret passageways and corridors, but the best thing to do is discover on your own. Fall down that rabbit hole — or in the case of Meow Wolf, walk into that fridge. 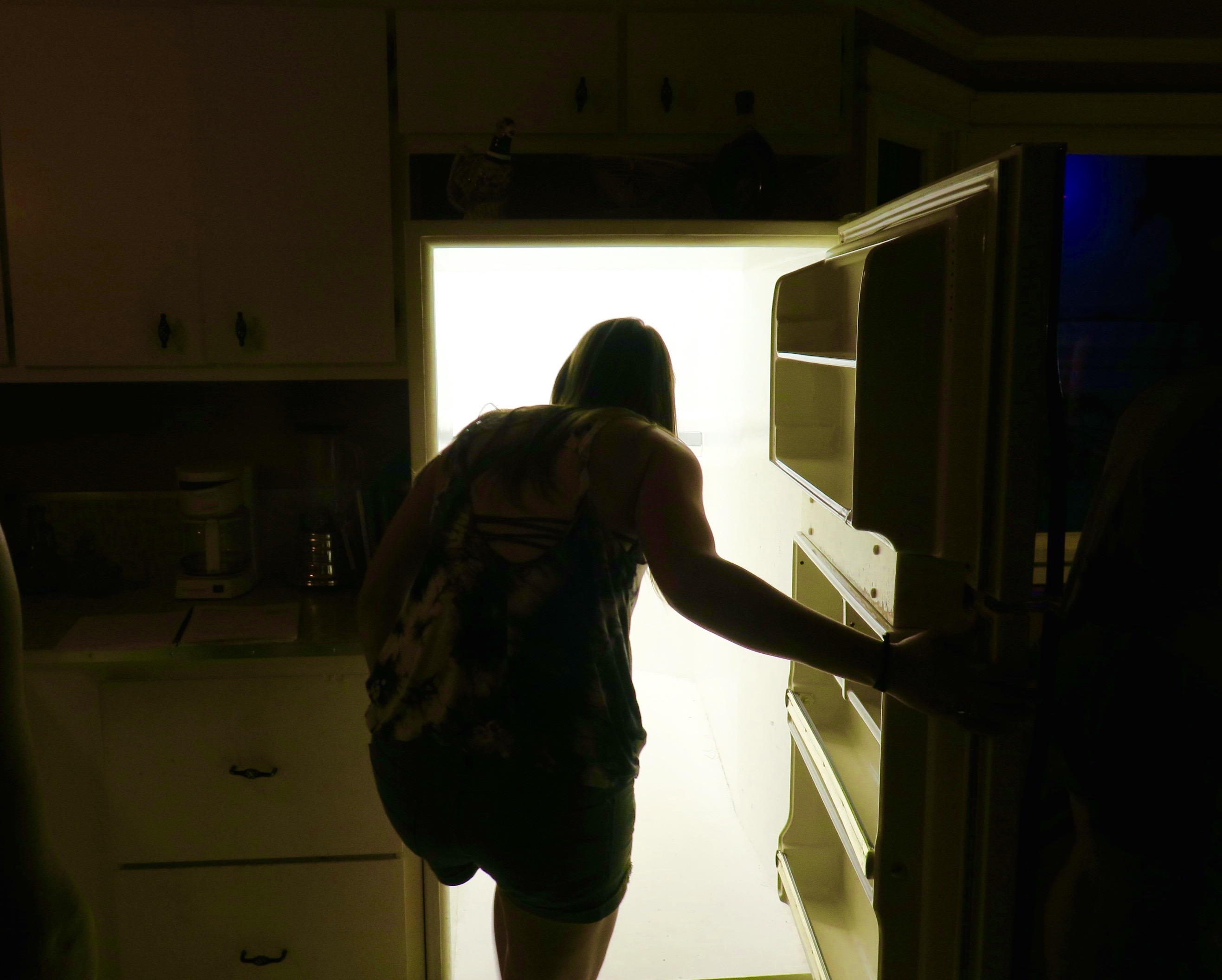 Using your imagination is almost unnecessary if you just wander throughout The House of Eternal Return because the wildly fantastic environments easily transport you to unearthly dimensions. But within these dimensions there are countless ways to interact and immerse yourself which take at least a little inquisitiveness to uncover.

If wandering around with no purpose doesn’t suit you, then you can try to puzzle out the mystery that was written by five different Meow Wolf writers about the event that pushed this regular house into an irregular rift between space and time. With this addition, Meow Wolf has invented an escape room and fantasy funhouse hybrid that tickles every single one of our senses, no matter our age. 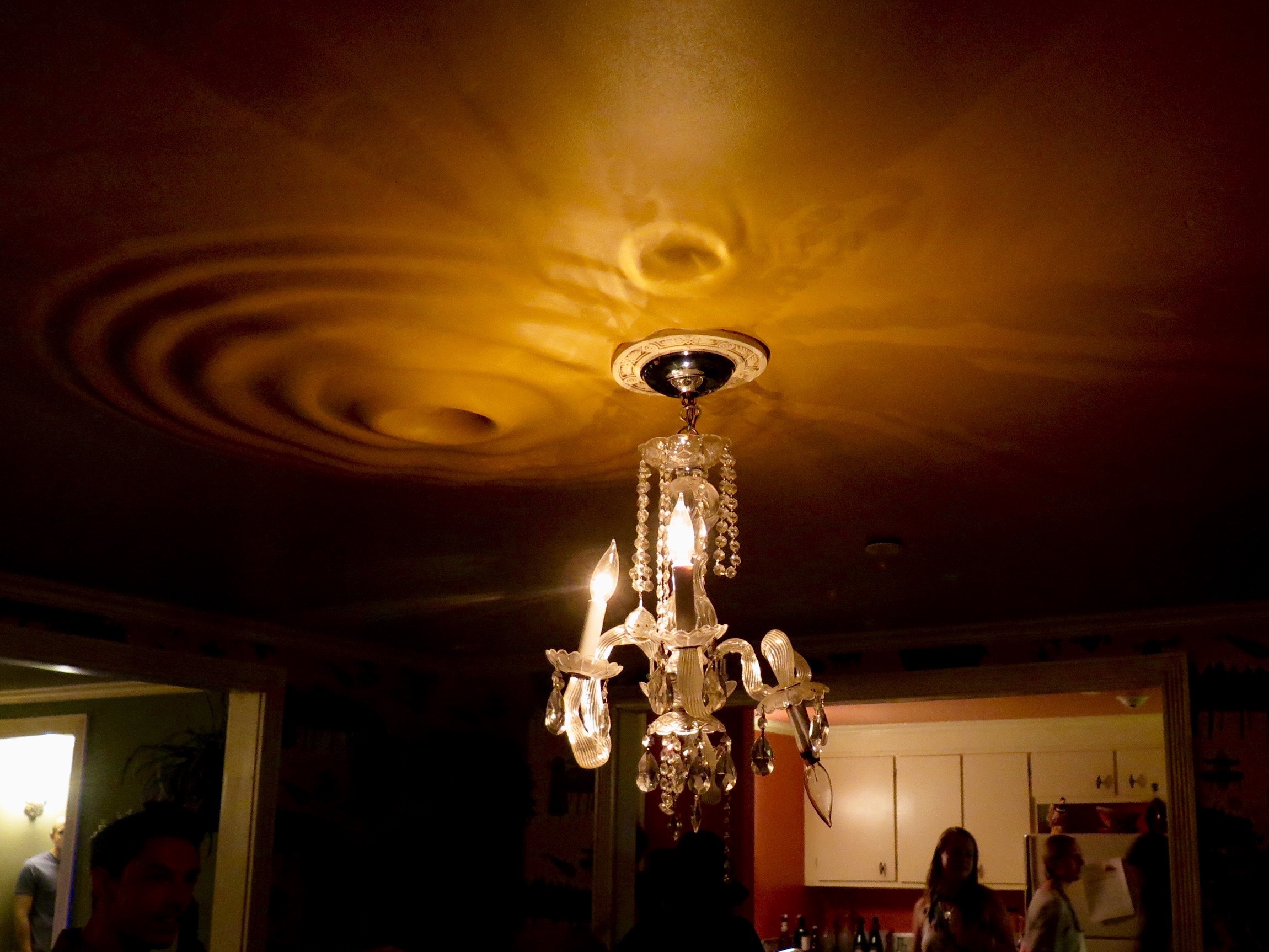 With over 130 artists working on Meow Wolf, the style and presentation of the art varies dramatically. There’s structural art, like a vortex in the dining room ceiling and a tiny neon fairy village inside a closet. There’s technical visual art, like the tilted magic bus-ride that lights up on two sides and the laser harp room. There’s even auditory art, like the rib cage xylophone and mushroom piano.

But the most notable aspect of this mixed-media divertissement is when all of these different styles collide at once. This creates a sense of synesthesia — or the feeling that your senses are overlapping in unusual ways. The laser harp, for instance, requires you to look and then touch the lasers with your fingers, resulting in sounds from speakers in the walls. This kind of sensory trickery invites visitors to actively investigate what else might react to their touch or interaction.

Interaction With the Art is Key 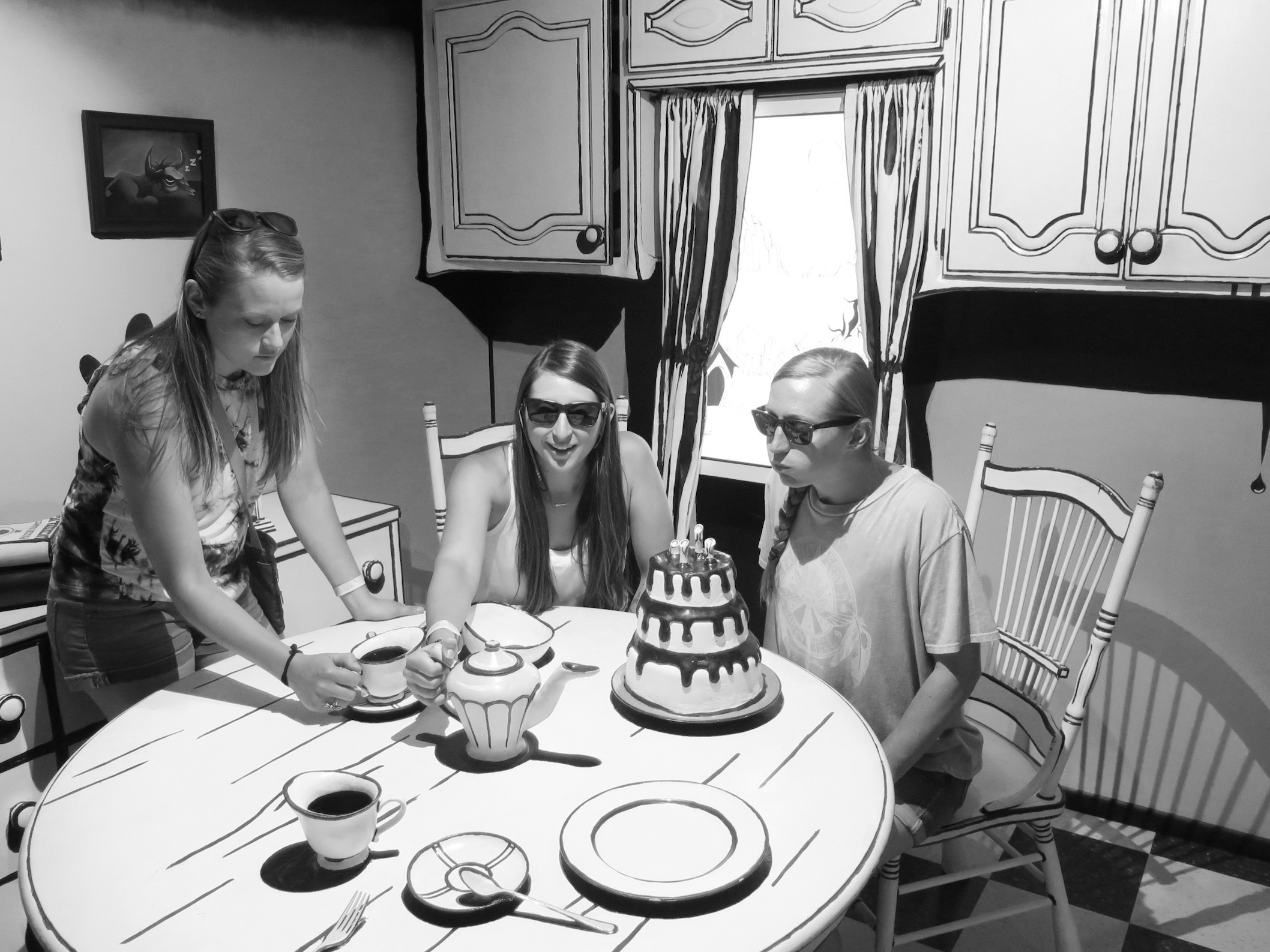 Immersing yourself in Meow Wolf’s installation can have several levels. Everyone has to enter through one door, but the paths to take once you step inside are almost endless. This removes the structure of most art exhibits, leaving in its place an opportunity for each visitor to come away with a unique interpretation. Even spending a few hours in The House of Eternal Return may leave rooms undiscovered, which also means that multiple trips could offer you a different adventure.

Another level of immersion that Meow Wolf offers are actors and dancers that appear throughout the rooms and sometimes interact with visitors. You might get pulled into an impromptu dance lesson, witness a writhing goddess in a corner or be questioned by a suspicious figure in a white lab coat. 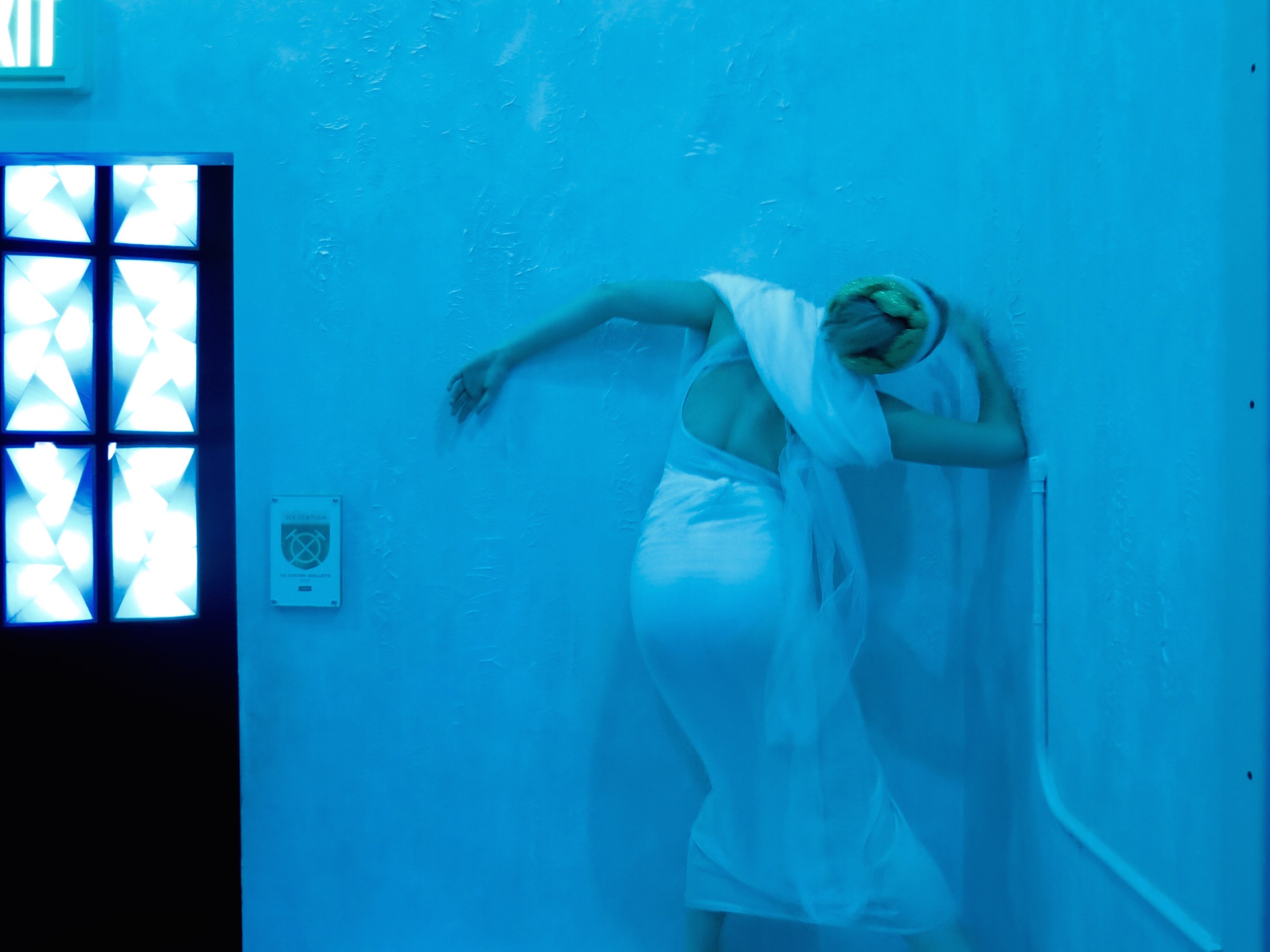 Almost everything is handleable, and if it’s not, it’s clearly marked. Find a piano? Play it. Walk through a fabric corridor? Rub your hands along the walls and see what happens. Encouraging discovery and interaction is essential to Meow Wolf, which gives the installation an unusual spot in the art world. Though many art projects claim to be immersive, they often still require care when handling, whereas Meow Wolf wanted The House of Eternal Return to be a free-for-all for all ages. Unfortunately, this had led to several items breaking (or requiring extra signage that reminds visitors to chill out). The good news is that since Meow Wolf has created a permanent installation, they continue to update and change the exhibit.

You Will Question Time and Space

Without giving away too much of the mystery, it is important to understand that the house and its inhabitants have been affected by a fracture in the space-time continuum. The House of Eternal Return is in fact, a house. But a better way to imagine it is as a portal. The portal serves as a kind of transport station to other dimensions. These dimensions seem to have no order, no relation to one another because they exist as memories and feelings of the members of the household.

This is important to accept because if you walk around trying to discern why things are, rather than surrendering your disbelief, you will lose the childlike wonder that Meow Wolf wants you to embrace. Even if you choose to unlock the mystery by following clues, you’ll have an easier time understanding in a state of suspended belief. Just remember that time is not necessarily linear and your place in space is not as resolute as you imagine. 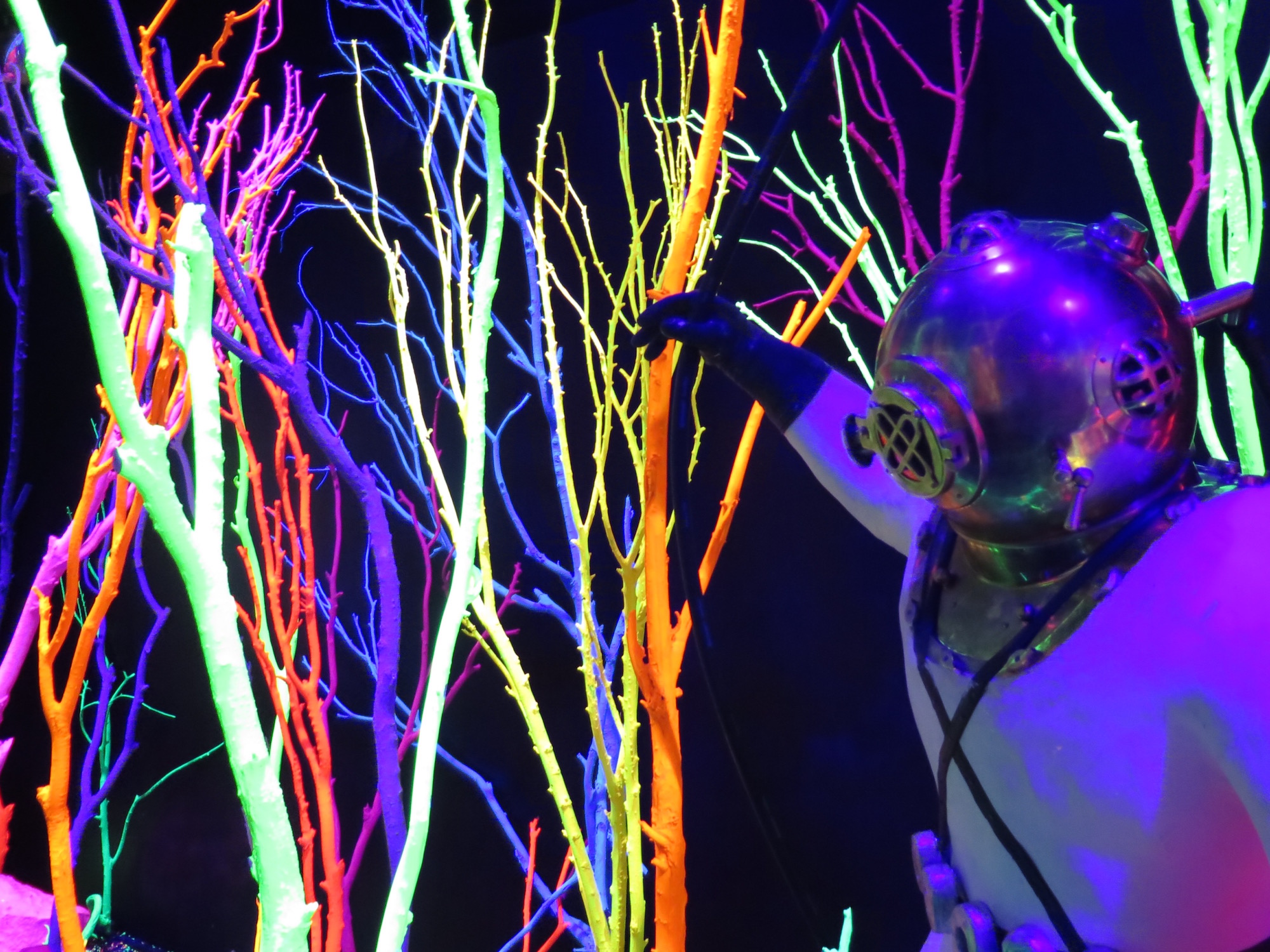 If you don’t want to immerse yourself in the mindf*ck of a plot and story involving interdimensionality, you will find out quickly that your sense of direction and space is skewed regardless. Walking out the back of the kitchen to the enchanted forest, between the aspens with watching eyes and through a labyrinth of darkly lit corridors might bring you back to a different spot in the kitchen. There are times when you might find a secret passage in a room you thought you already searched. And, if you’re like us, you might be leaving when suddenly you find an entire wing of the exhibit that you’d walked by a dozen times without noticing. 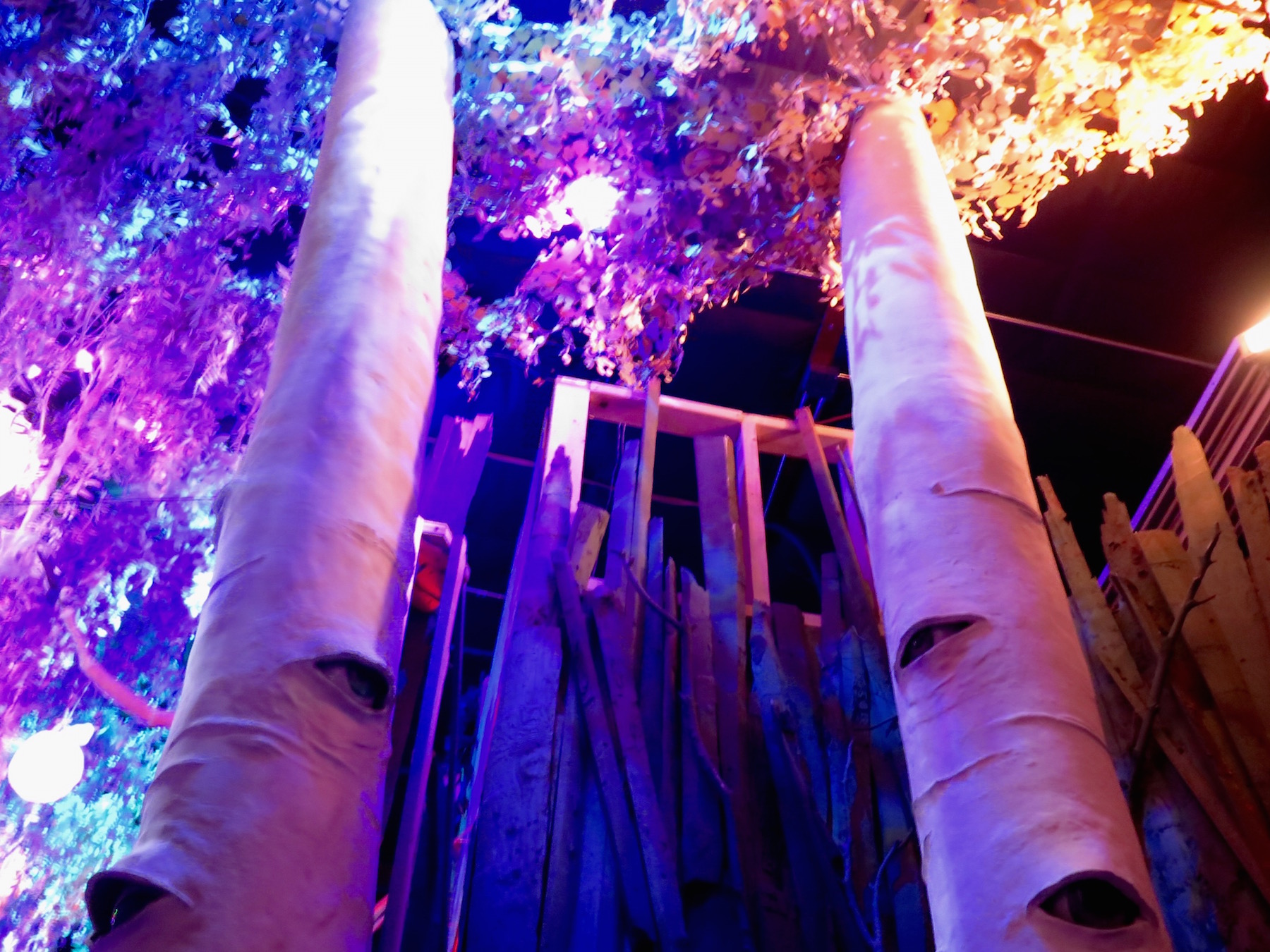 Meow Wolf has created a completely new style of experiencing art and it’s exciting to feel that as a visitor you are a part of that experience, rather than an onlooker. Denverites surely would appreciate their own version of a Meow Wolf installation, the details of which should be released sometime this summer. Already, the collective of Meow Wolf has contributed thousands of dollars to Denver DIY art spaces like Rhinoceropolis and Glob, in the hopes of improving the safety, legality and longevity of such spaces. If they move forward with a Meow Wolf in Denver, it is because they believe that Denver shares the same gratitude and appreciation of creative endeavors that Santa Fe already thrives on.

Correction: The article originally stated that George R.R. Martin helped write the plot behind Meow Wolf’s House of Eternal Return but the plot was actually written by writers employed through Meow Wolf.