How to Not Be a Dick at Red Rocks

Picture this — you are at your first Red Rocks show of the season. The party busses fill the lots, the buzzing excitement surrounds the amphitheater, and right as the sun is about to set something on the horizon catches your eye. Is it the sparkling city skyline? Or the shimmer of an early night star? No, it’s a PBR that smacks you square on the forehead. Ouch.

Nothing distracts from the breathtaking beauty of Red Rocks faster than someone killing the vibe. Throwing a beer can is an obvious dick move, but there are some less-apparent annoyances you may be committing. We’ve compiled a list of some of the most offensive moves you can make on the Rocks so we can collectively decide to stop doing them (in case you haven’t already).

READ: Staff Picks – Our 27 Most Anticipated Red Rocks Shows of 2018

The Stands Are Not Your Personal Trashcan 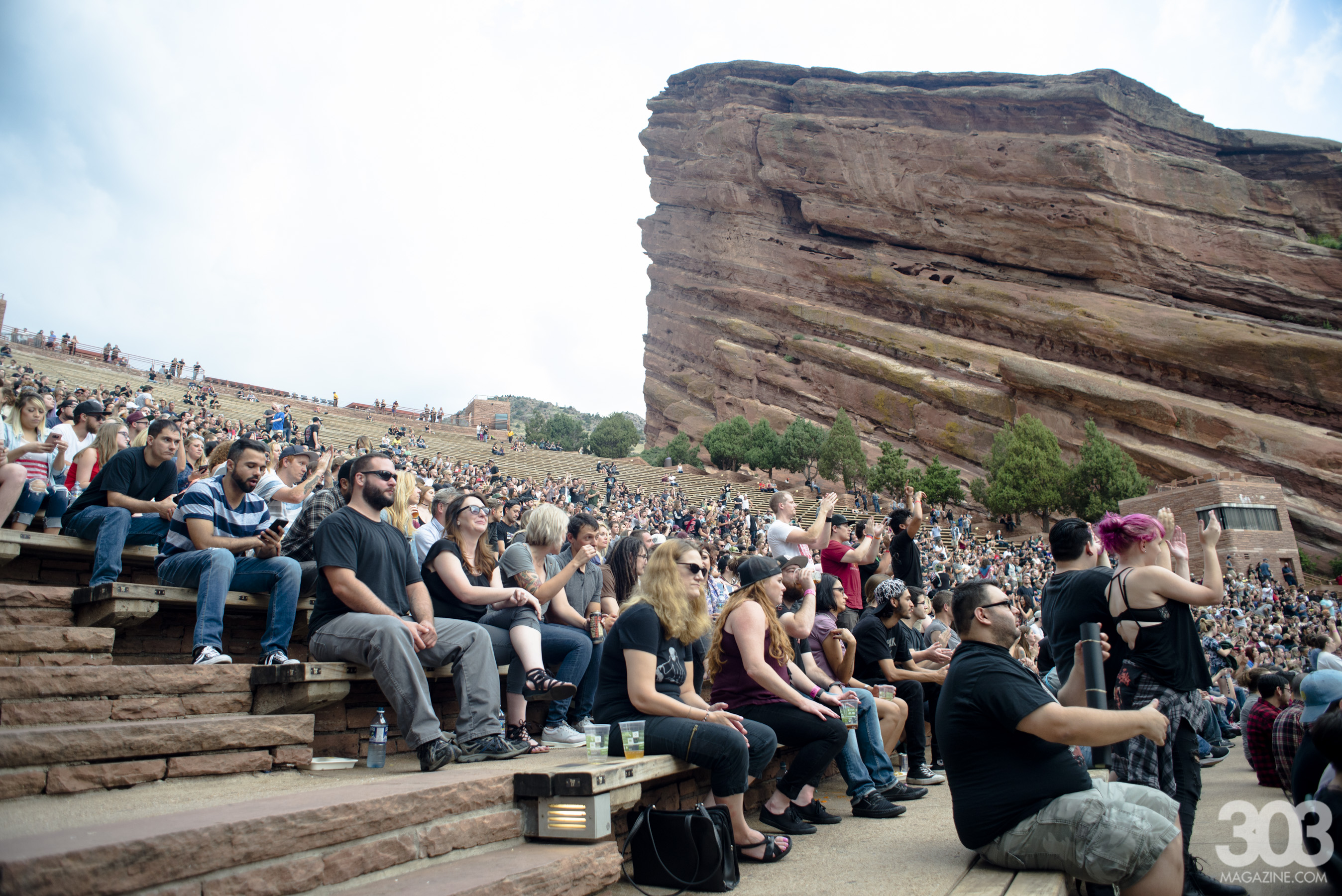 We’ve all been there — you’re front row at one of your favorite acts, you just finished your beer and there’s no way you’re going to give up your spot to go find a trashcan. It’s okay to set the can down until you can make your way to the nearest receptacle, but leaving your empty cans and food waste under your bench for someone else to deal with is not OK. As the sun sets it becomes more difficult to see what is under the benches, which becomes a problem for the thousands of attendees who keep their purses, jackets and other personal belongings under the stands. Nothing is worse than grabbing your jacket from under to discover nacho cheese and beer on the sleeve. Dispose of or neatly store your trash to avoid soiling someone else’s belongings.

On the same note, be mindful of where you dispose of your gum and cigarettes. Help keep Red Rocks beautiful by minimizing unnecessary waste caused by spitting your gum on the floor or tossing a butt under your seat. 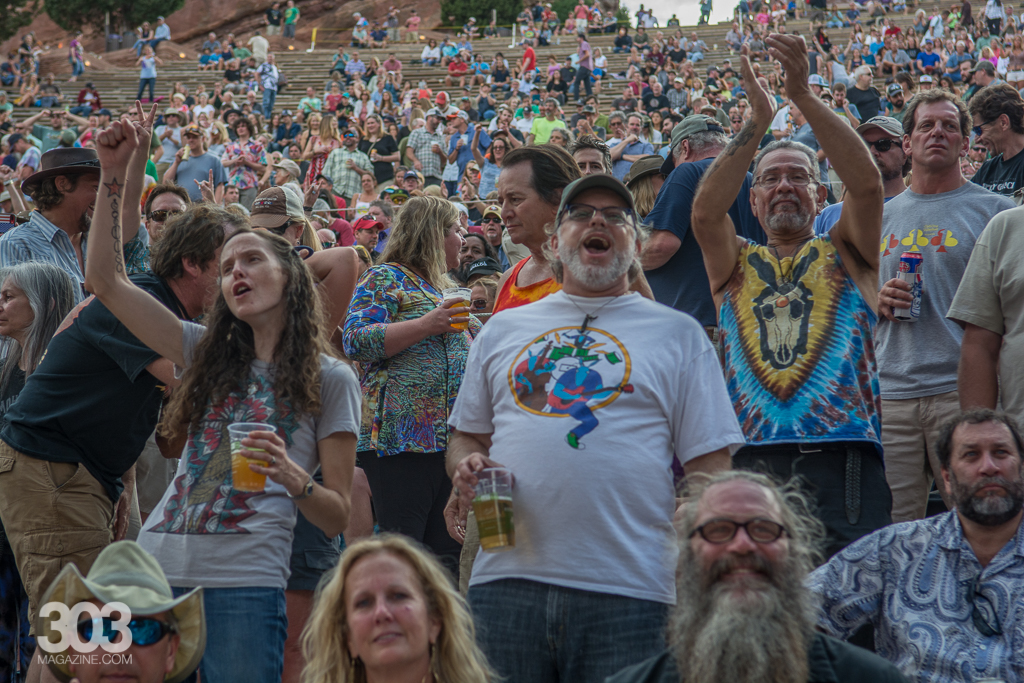 Yes, being able to handle your alcohol is important (we’ll get to that later), but what we’re focusing on here is avoiding spilled beverages. Setting your beer down on the bench for more than a couple of seconds is always a bad idea. People are constantly moving in and out of the stands and knocking over a beer is almost unavoidable. The worst part about spilling your beer isn’t the money or delicious suds wasted, it’s the fact that whatever was under the seats when the beer was knocked over is now soaked. Keep your drinks in eyesight at all times or ask a friend for help if you need an extra hand.

Pro tip: If you’re the designated driver and are buying bottles of water from the venue, bring a cap from home so you can close the water and set it down without spilling.

Smoke With Care (Save the Babies) 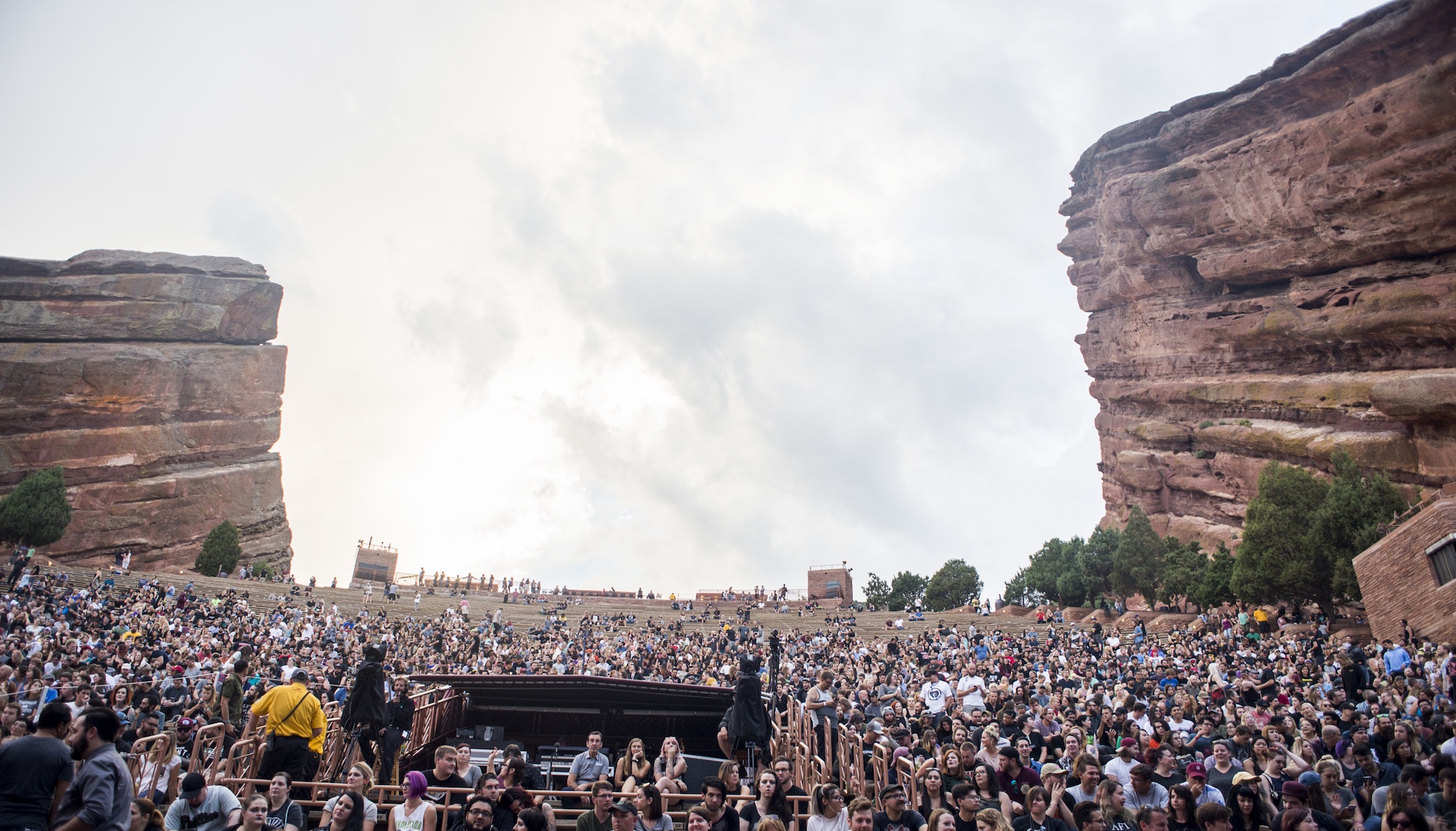 Use the designated smoking sections. Smoking in the stands is not only an annoyance, but you could also be potentially harming a nearby pregnant woman or someone with a compromised immune system. That’s why we’ll say, “save the babies — smoke in the designated areas.” The smoking sections are still in view of the show, so there’s really no excuse to not use them. Make sure to dispose of your cigarette butts in a trashcan when you’re finished.

As much as this applies to traditional smoking methods, this also applies to vaping and other smokey activities. Not everyone enjoys the smell of your latest vape flavor, sage or joints. Be mindful of those around you and respect the rules in place that protect both the venue and the patrons.

Bathroom Breaks Are A Must 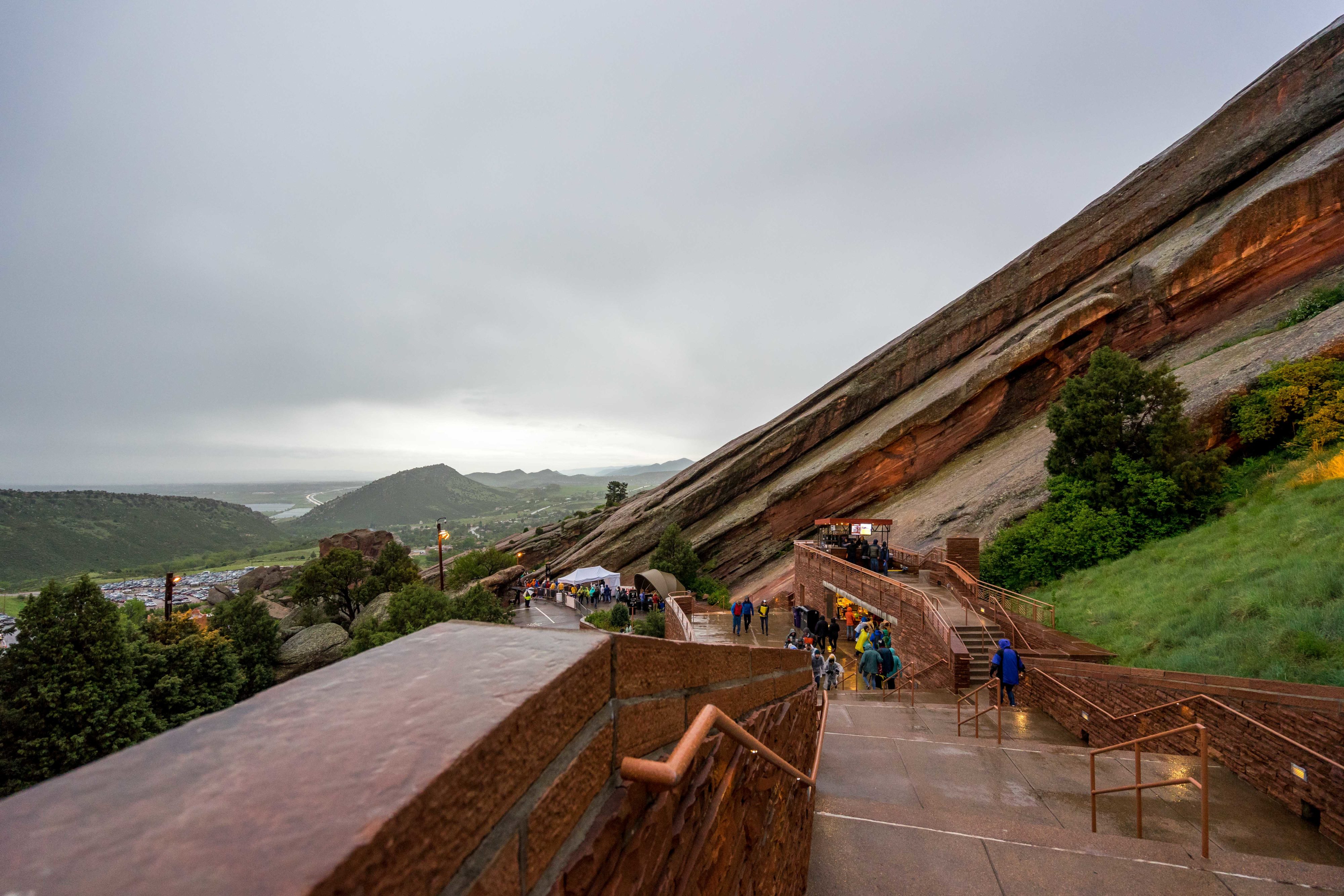 This should go without saying, but use the bathrooms if you need to relieve yourself. A killer set is not an excuse to pee under the stands (yes, this has actually happened). If you feel like you’re going to be sick, start making your way to a trashcan or bathroom sooner than later. Projectile vomiting onto the person in front of you (twice) is not acceptable either (another true story). 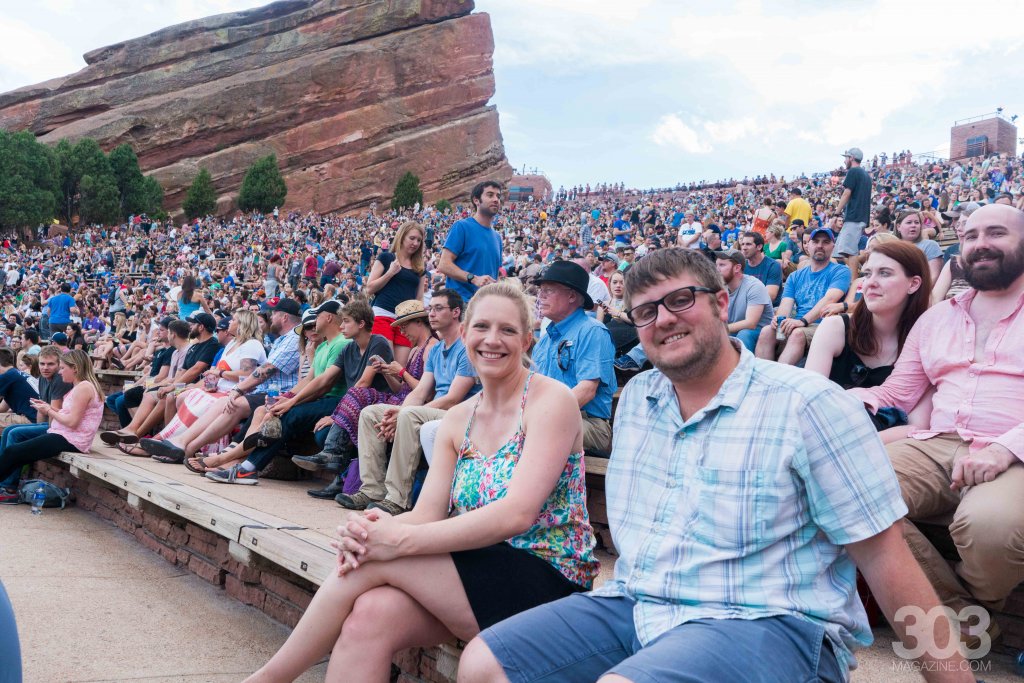 Sold out shows on the rocks can get pretty packed, but that’s not an excuse to disrespect someone else’s space. Be mindful of where you chose to park your crew. Squeezing a group of 10 people in the front row before the headliner takes the stage is a classic dick move. If you want a good spot, get there early.

Once you’ve found your place, respect your neighbors. Obstructing the view of those around you with your phone, LED gloves or wacky inflatable man arms is just plain annoying. Even if you choose to go prop-less, waving your actual arms around, dancing so wildly that you’re knocking into other people, or any kind of moshing is typically frowned upon. Of course, that last part depends on the crowd and the band, but if no one else around you is thrashing about, chances are they’re bummed that you are. 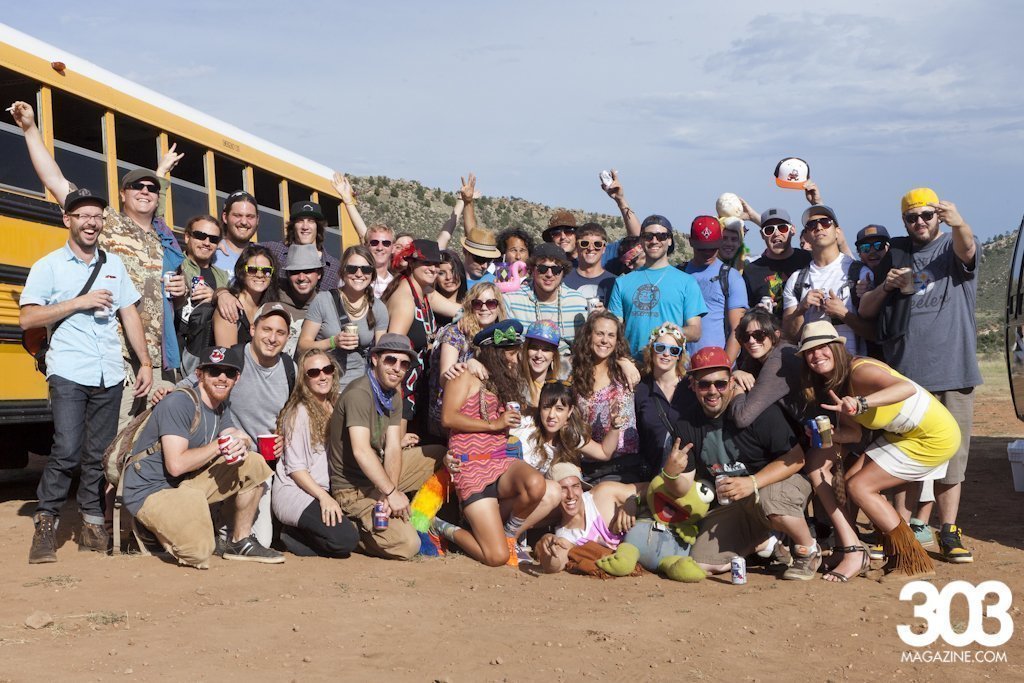 While the promise of making it big on the Colorado Big Game Trophy Wook Hunters Facebook page is a dream for some, most of us would like to keep our viral video-ability to a minimum. Know your limits and don’t go overboard with the partying. When you overdo it, you not only put yourself in danger, but you also instantly kill the vibe of your friends who now have to take care of you.

One of the biggest mistakes people make when heading to Red Rocks for a show is not drinking enough water. If you are visiting from out of state, Red Rocks is higher in elevation than Denver, at 6,400 feet. And on top of that, there are more stairs than we care to count to get you from the lower lots to the main stage and beyond. Water is not only nice to have once you’ve mounted the stairs to find your spot, it’s essential.

If you do overdo it on the partying, do not drive drunk and endanger all of us. There are plenty of other options for getting home safely. The lower lot has a designated area for rideshare cars to pick up passengers. There are also plenty of party bus-to-show options for purchase before the event.

Have Your Shit Ready

Waiting to go through security and ticketing can be treacherous when the line is inching towards the lot. Save everyone some time by having your ticket ready and your bags open for a quick and painless process. If you plan on using your phone to show your ticket, save the barcode to your photos in case the cell phone reception is poor. Know what you can and can’t bring to Red Rocks to avoid holding up the line. Only factory sealed beverages are allowed inside the venue, so empty your hydration pack before you go.

Pro tip: Leave your furry friends at home for the show. Only service animals are allowed inside the venue during an event.

READ: 10 Weird Ass Red Rock Rules You Might Not Know

Live in the Moment 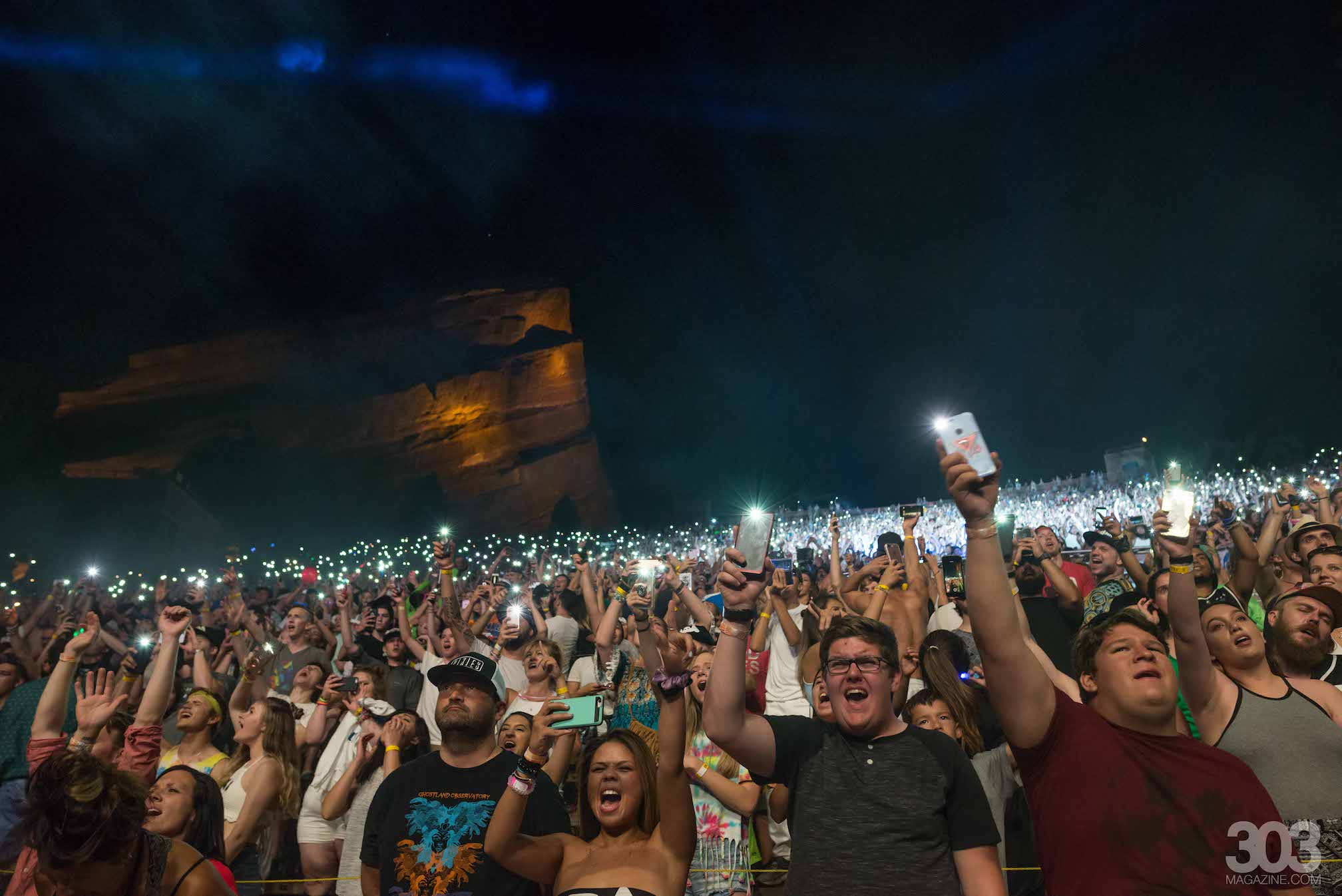 Red Rocks is an incredibly magical place, so soak in what you can while you’re there. Enjoy the concert that you paid for and unplug for a couple of hours. A few photos or videos are completely fine, but filming the entire show on your phone or constantly texting is a waste of time. Not only are you missing the magic in front of you, the phone is distracting to those around you.

Those trying to live in the moment don’t want to overhear your conversation about the latest episode of Game of Thrones. While some people don’t mind holding a conversation during the set, others would rather enjoy the music and save the conversations for after. It’ll be over before you know it, so take it in while it lasts.

There’s too much beauty to take in during a Red Rocks show to have to worry about a thrown beer or a trashed friend. Let’s continue to uphold the magic of the place by respecting the venue, its staff and the attendees. Each guest has a personal responsibility to be mindful of his or her actions — let’s hold ourselves accountable so we can continue to enjoy one of the most breathtaking places in the world for years to come.