From San Francisco and Los Angeles to Chicago and New York City, Top Chef has seriously spanned the country during its 15-season run. As you know, Top Chef filmed its most recent season in Denver and around Colorado, and it’s still airing now. Now, as the season moves further from the city center and into Telluride tonight, it seemed like the perfect time to ask the judges their thoughts on the Mile High City while they filmed here.

We caught up with Top Chef judges Graham Elliot and Gail Simmons. Both enjoyed their time in the state, and Simmons has returned since filming for dinners at Frasca promoting her newest cookbook Bringing It Home.

Here are some highlights. 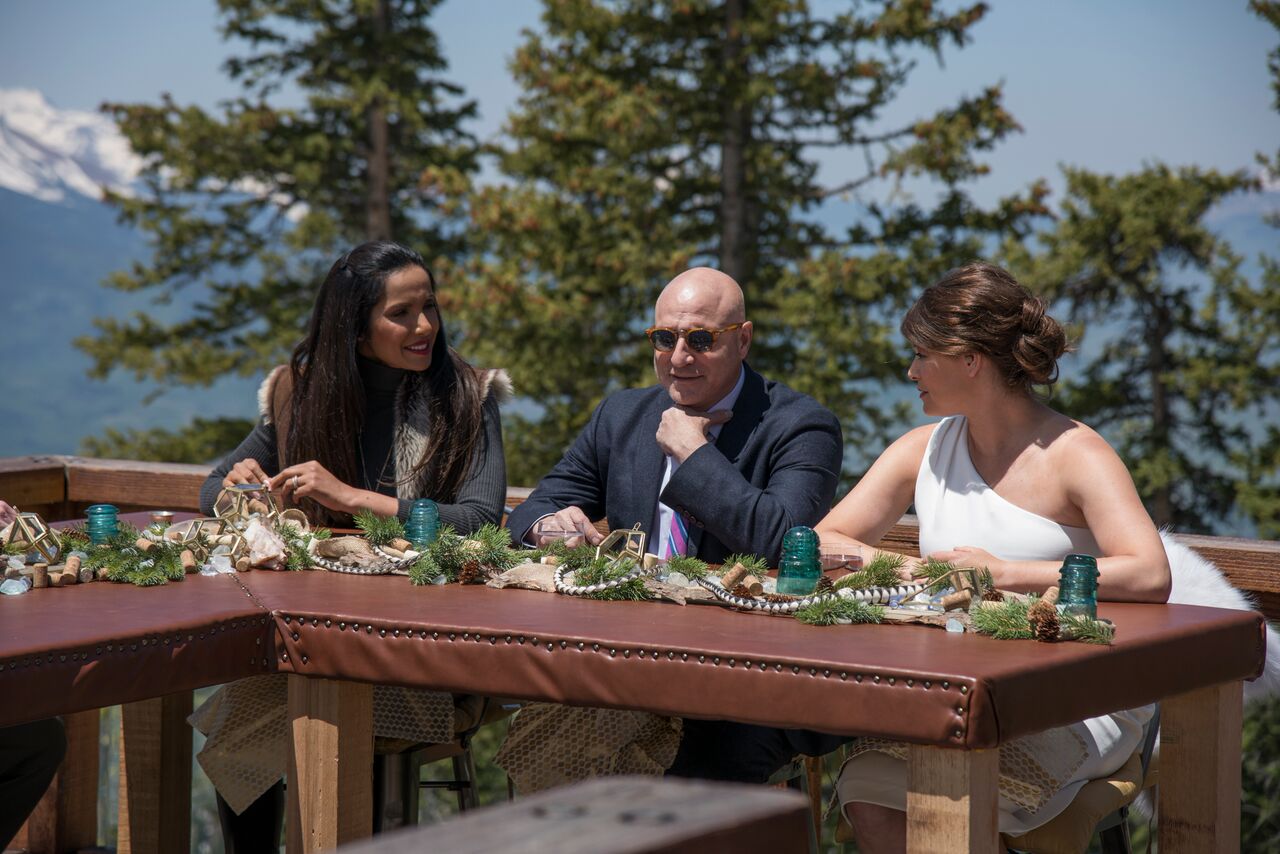 When we asked the judges what stood out to them most filming in Colorado versus other cities, and there were a few common themes. One, obviously, was the outdoors.

“Every state does the best with what it has, and Colorado is blessed with mountains, rivers, streams, flatlands and cities,” Elliot explained. “The cheftestants were lucky to be able to use this great bounty to their advantage.”

Simmons added that while most cities where Top Chef has filmed are deeply rooted in culinary history, but Colorado’s connection with nature made for an interesting new stage for cheftestants.

“We could test our contestant’s skills by taking them on so many outdoor and more rural adventures,” she said. “We cooked at the top of mountains, in snowy state parks, on food trucks and ranches, and out in the street. The setting was majestic and inspiring for all of us, and it allowed the chefs to learn so much more about their surroundings, which in turn influenced their food and cooking styles a great deal. It reinvigorated us and created a backdrop for the season that was more remarkable than ever.” 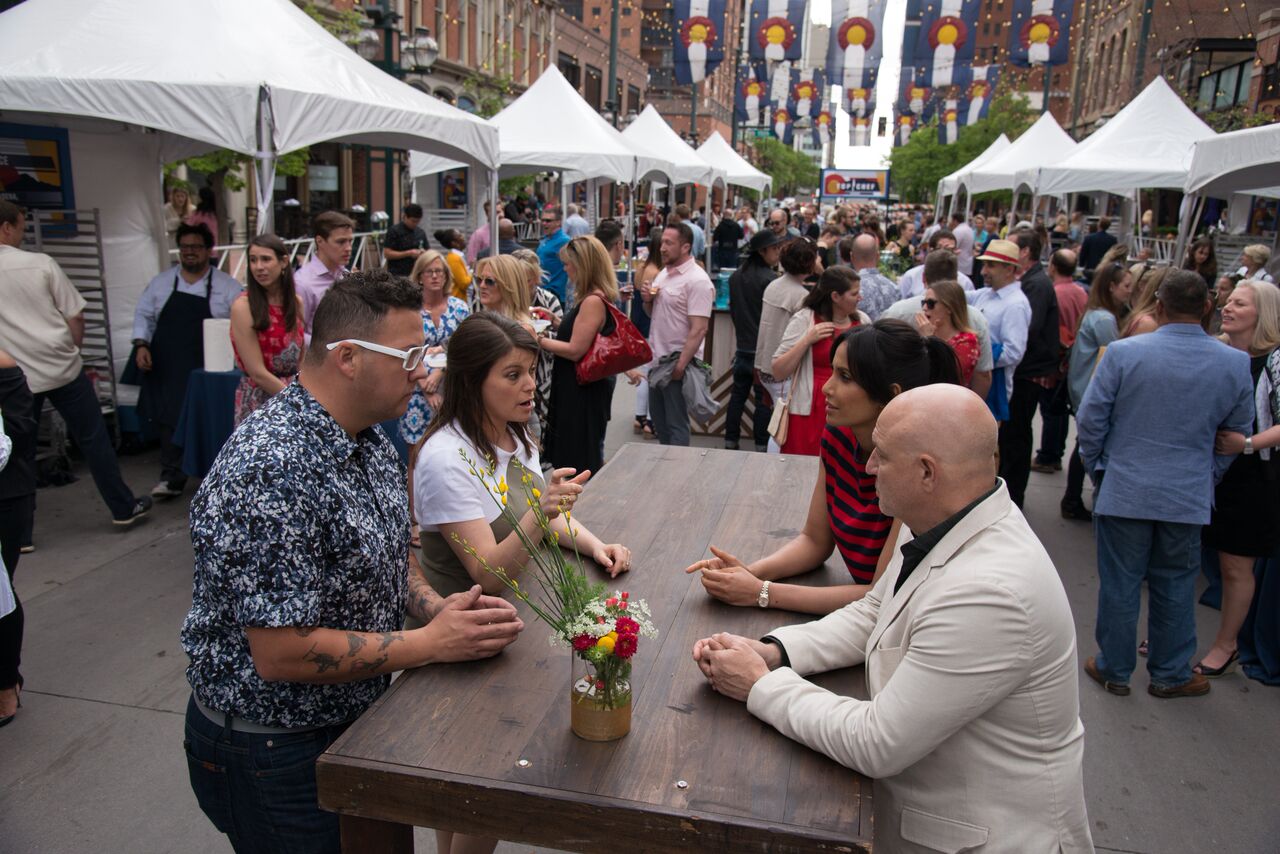 “There are definitely a few chefs who have been cooking exceptional food in Denver for a long time,” Simmons said. “But now there’s also so many young cooks who are opening new, innovative places too, which changes the dining landscape considerably.”

Elliot and Simmons both commented on the young energy of the city, as well as the diversity the influx of the population has created. Simmons also shared that Denver and Colorado have a “rugged spirit all its own.”

“What I found great about Denver is the fact that it’s a very diverse community,” Elliot added. “You have all different types of cuisines in all the different neighborhoods.” 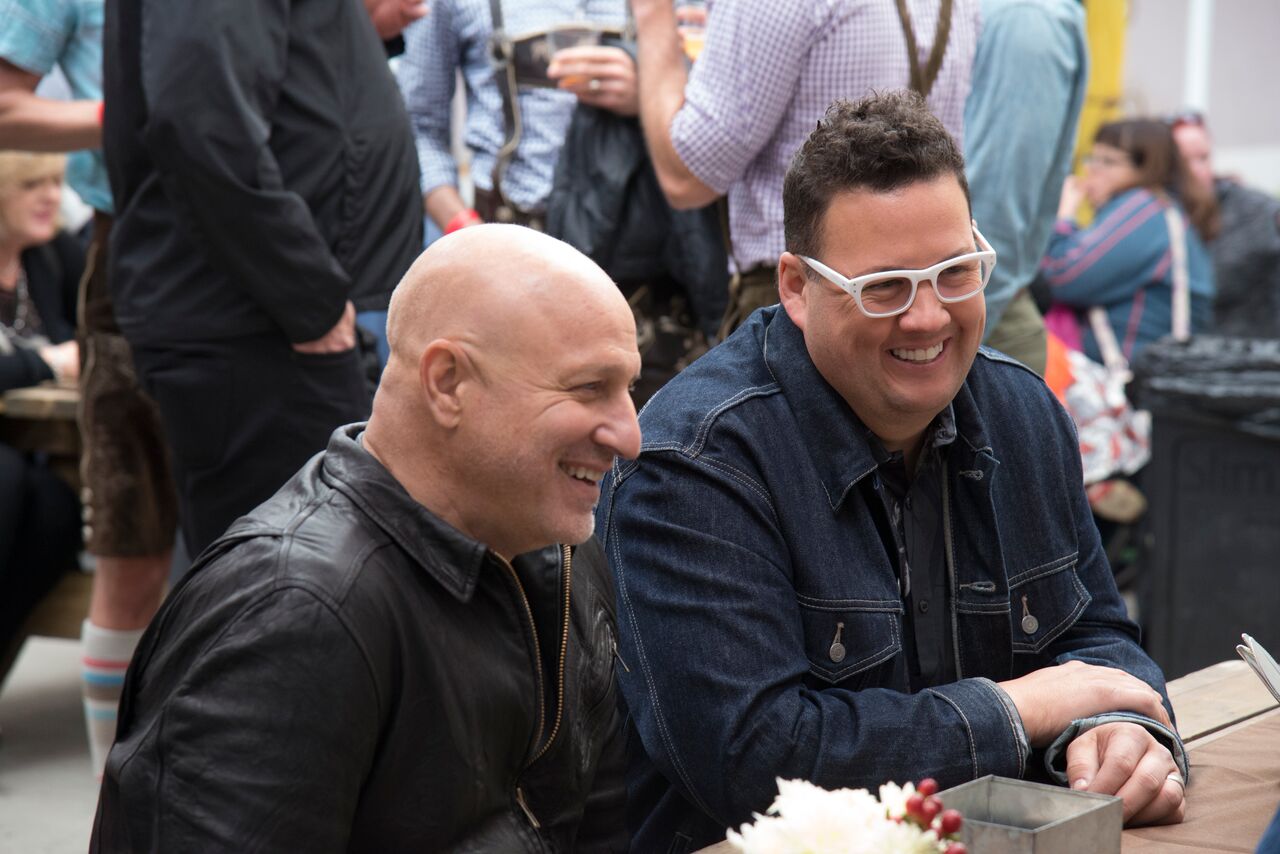 Finally, we couldn’t leave a conversation with some of the most well-known chefs in the country without asking where the enjoyed dining in between filming.

Elliot explained that he always loves to try the food where they film, and he always tries to get a cross-section of what the city has to offer. He said he found that at Acorn and Mercantile.

“I ate so well when we were shooting,” Simmons added. “Tom [Colicchio] and I went out to explore the restaurant scene almost every night that we weren’t working. I had memorable meals at Frasca, Mercantile, Departure, Bar Dough, Hop Alley, Rioja, The Source and several great breakfasts at Stowaway Cafe.”

Most of all, both chefs said they were inspired by the creativity coming from the talent in our area.

“Denver chefs have a knowledge and appreciation of game meats that you don’t see in other places around the US,” Simmons said. “They aren’t afraid to serve more interesting cuts and wilder animals, which is so fun!”

Simmons expanded upon her list, adding that the young talent has brought a lot of great new chefs to the table.

“The amazing modern Asian at places like Departure, Hop Alley and Uncle, outstanding Italian at Bar Dough, Cattivella, and Tavernetta, top quality local product cooked with the utmost care at Mercantile and Fruition, the best Spanish food at Rioja and Ultreia, and of course, a history of amazing Mexican and Latin food everywhere from Work & Class and Tacos Tequila Whiskey, and all the long-standing taco shops around town,” she added. “…I loved checking out all the local breweries around the city, as well as sampling an amazing list of craft beers from around the world at bars like Goed Zuur among others.”

Top Chef continues on Bravo! tonight, with only four cheftestants remaining — Christopher Scott, Joe Sasto, Adrienne Cheatham and Denver’s own Carrie Baird. Don’t miss it during its new time slots of 7 p.m. on DirectTV and Dish and 10 p.m. on Comcast.

All photos courtesy of Bravo and Paul Trantow.