It’s an exciting time to live in Denver. Over the past 10 years, the city has seen an enormous growth in our food and beverage scene with new culinary hotspots opening weekly. Resources like EatDenver make it so restauranteurs are more prepared and equipped to bring their A game and most exciting cuisine to your plate, and we don’t expect to see a decline any time soon. While you are exploring the ever-growing map of Denver restaurants, check out these much-anticipated newbies, all of which are open or set to open by springtime. 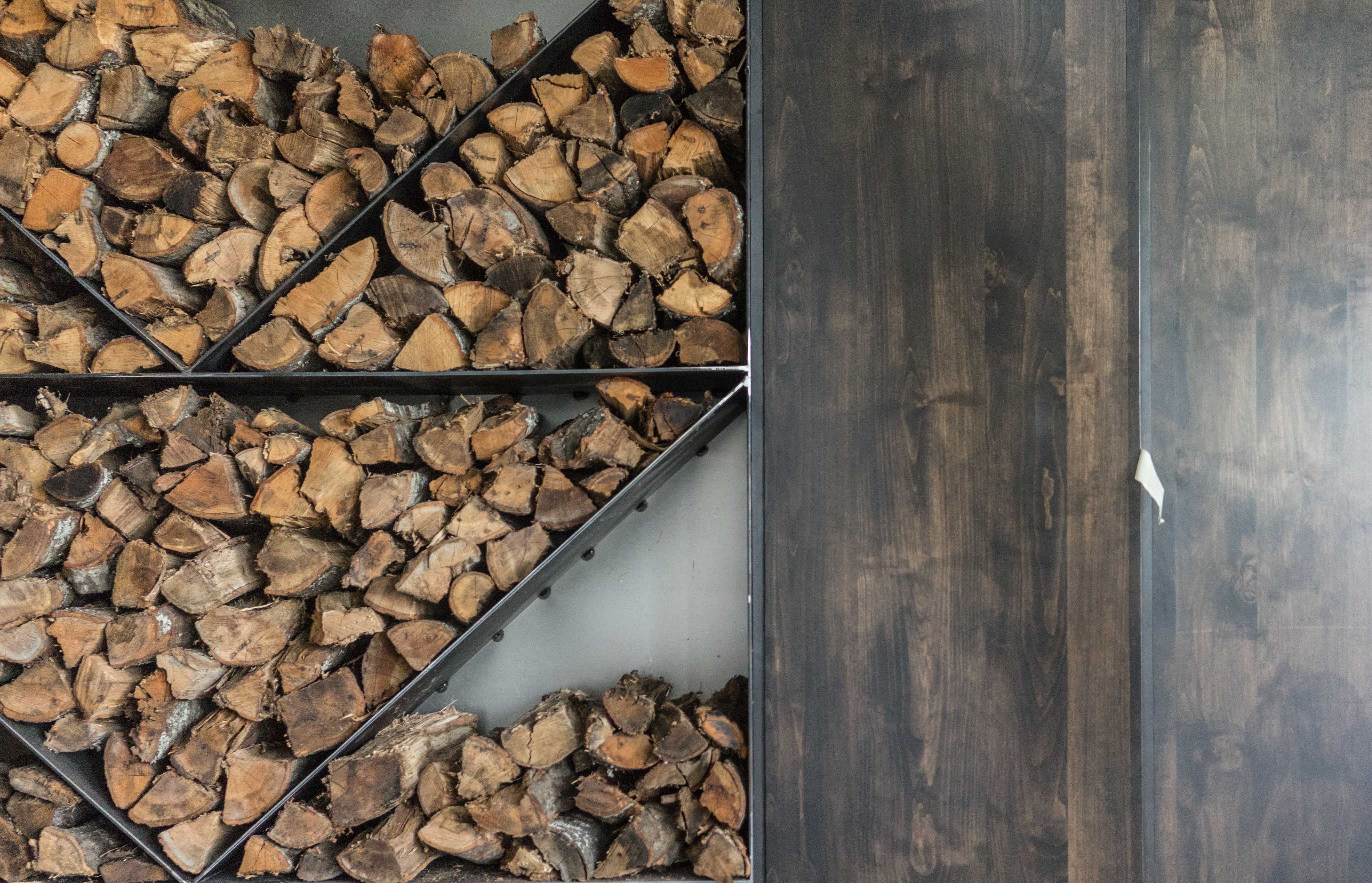 Caroline Glover, formerly the chef de cuisine at the critically acclaimed Acorn, will open her own spot at Stanley Marketplace on February 4. Small plates, bar snacks and family-style entrées from the grill are the name of the game here.

“The original vision was to serve guests as if they were in my home, like my dining room, which is why it is super small,” Glover explained. “We will definitely be changing the menu around a lot. We are starting out super small and simple and we will go from there.” 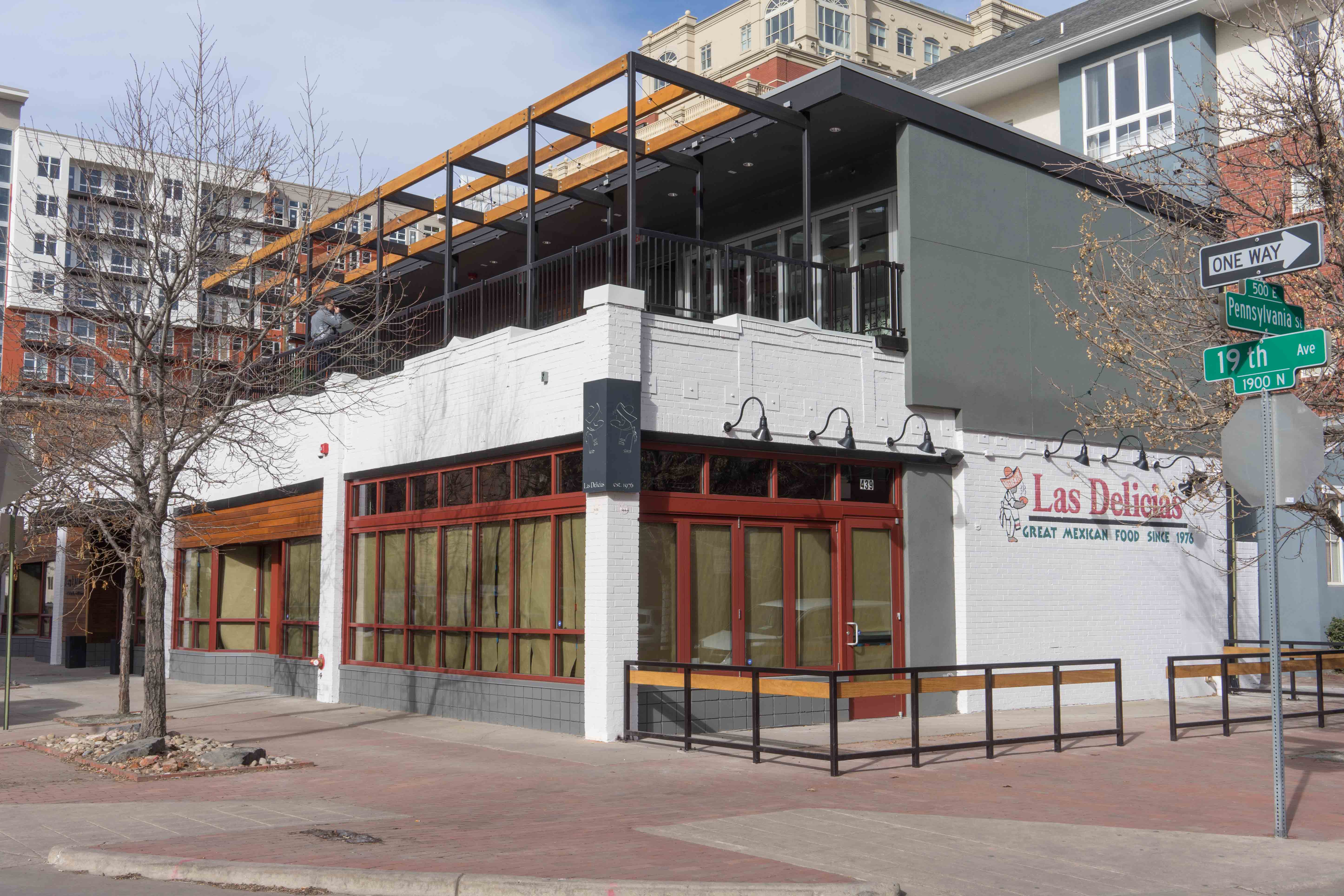 This cozy Mexican eatery has been a Denver favorite since 1976, but closed suddenly for remodeling in September 2015. Now the original location on 19th is set to reopen after some serious renovations including a second story and a rooftop patio. The exact opening date is still not determined but according to Roberto Torres Jr., son of the founder, the beloved joint will open before springtime hits. 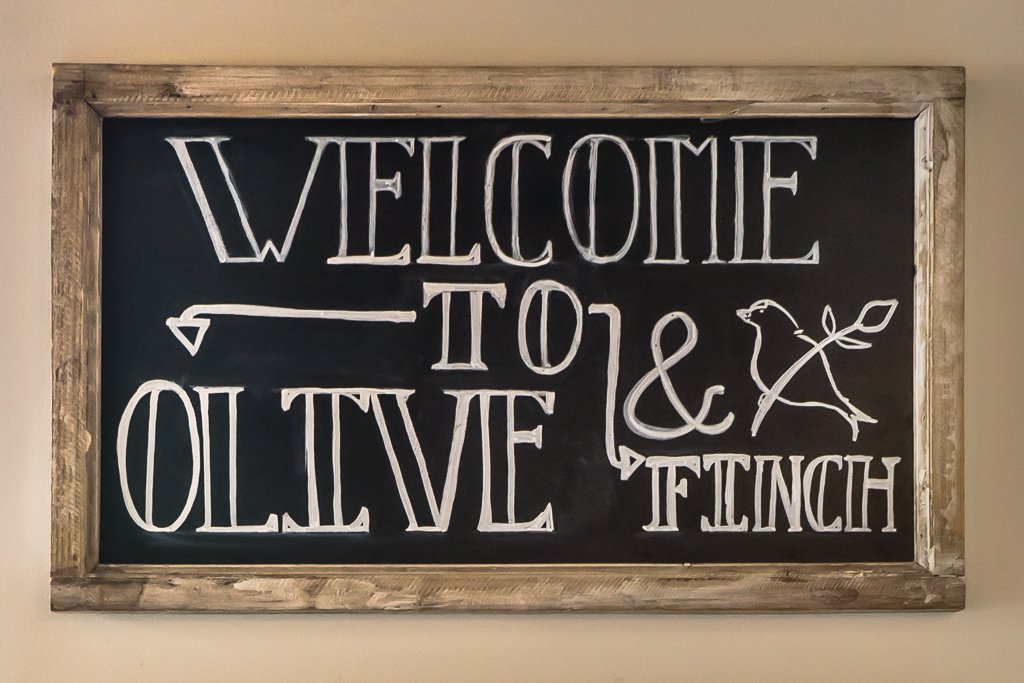 Mary Nguyen’s beloved marketplace and eatery has served locally sourced, hand-crafted and easily accessible cuisine since 2014. Soon, you’ll be able to pick up an artisan sandwich or fresh-pressed juice from the new Cherry Creek location.

This hospitable cafe hailing from North Carolina aims to open in Denver in April, and will specialize in time-honored Southern dishes with a modern twist. 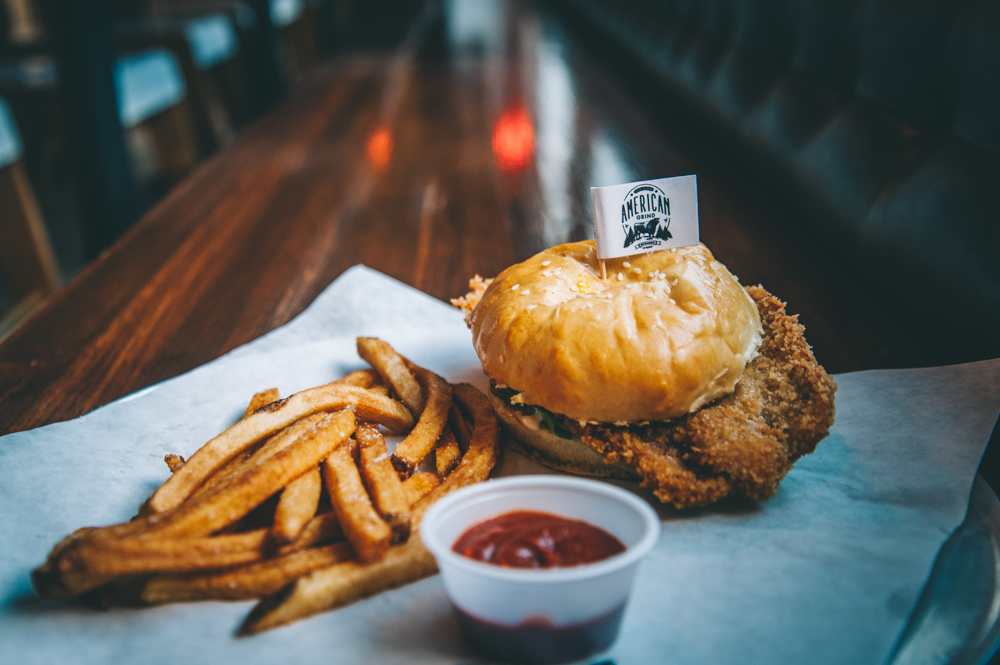 American Grind, a drive-in inspired burger joint, joined the Avanti Food & Beverage family earlier this year. Stop in for a locally-sourced cheeseburger, veggie burger or pork loin sammie with a side of crispy fries, and pair it with a cocktail from the Avanti bar. 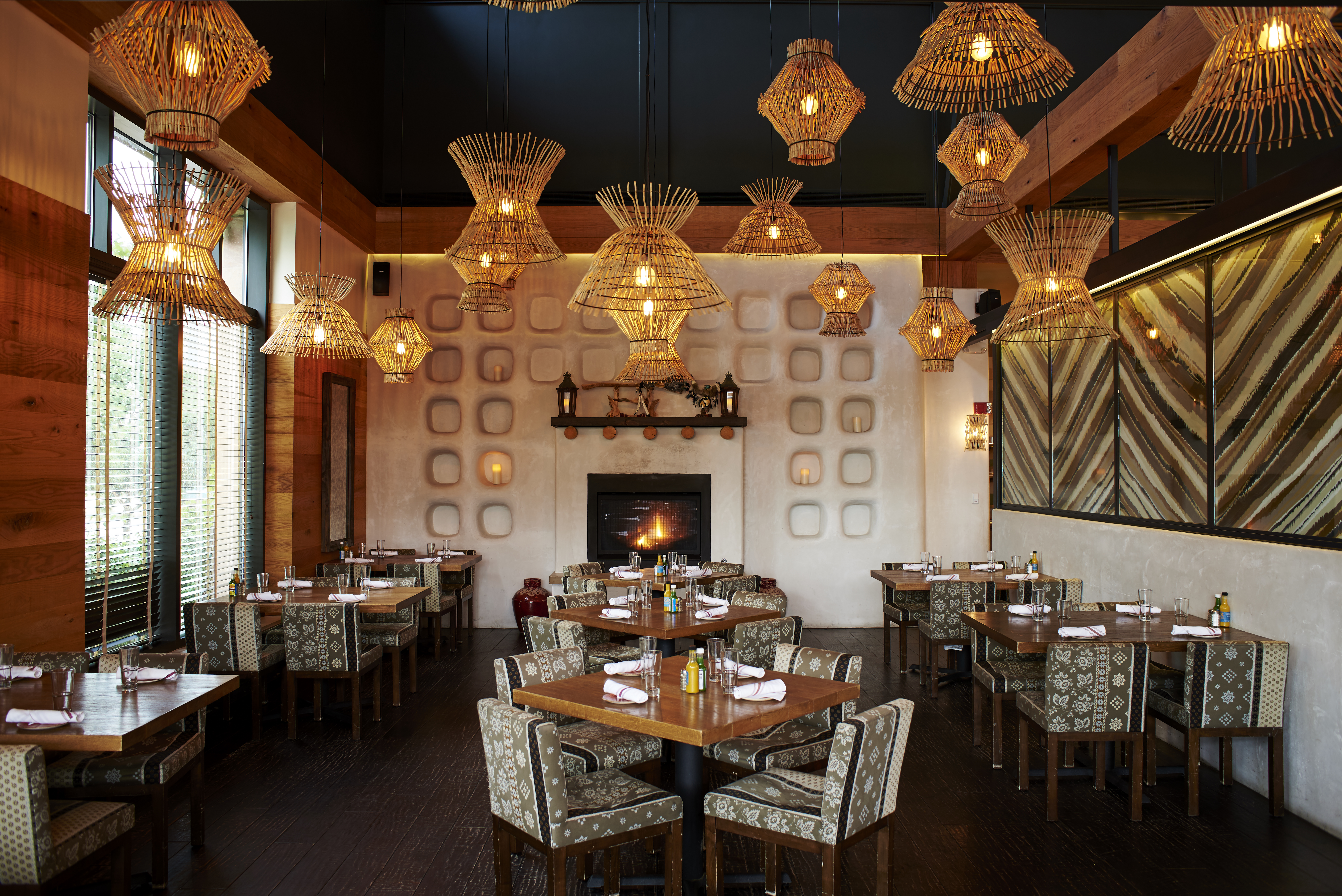 This modern hotspot will set your tastebuds ablaze with traditional flavors of the Southwest. Currently located in Westminster, look for a second location opening downtown this March. 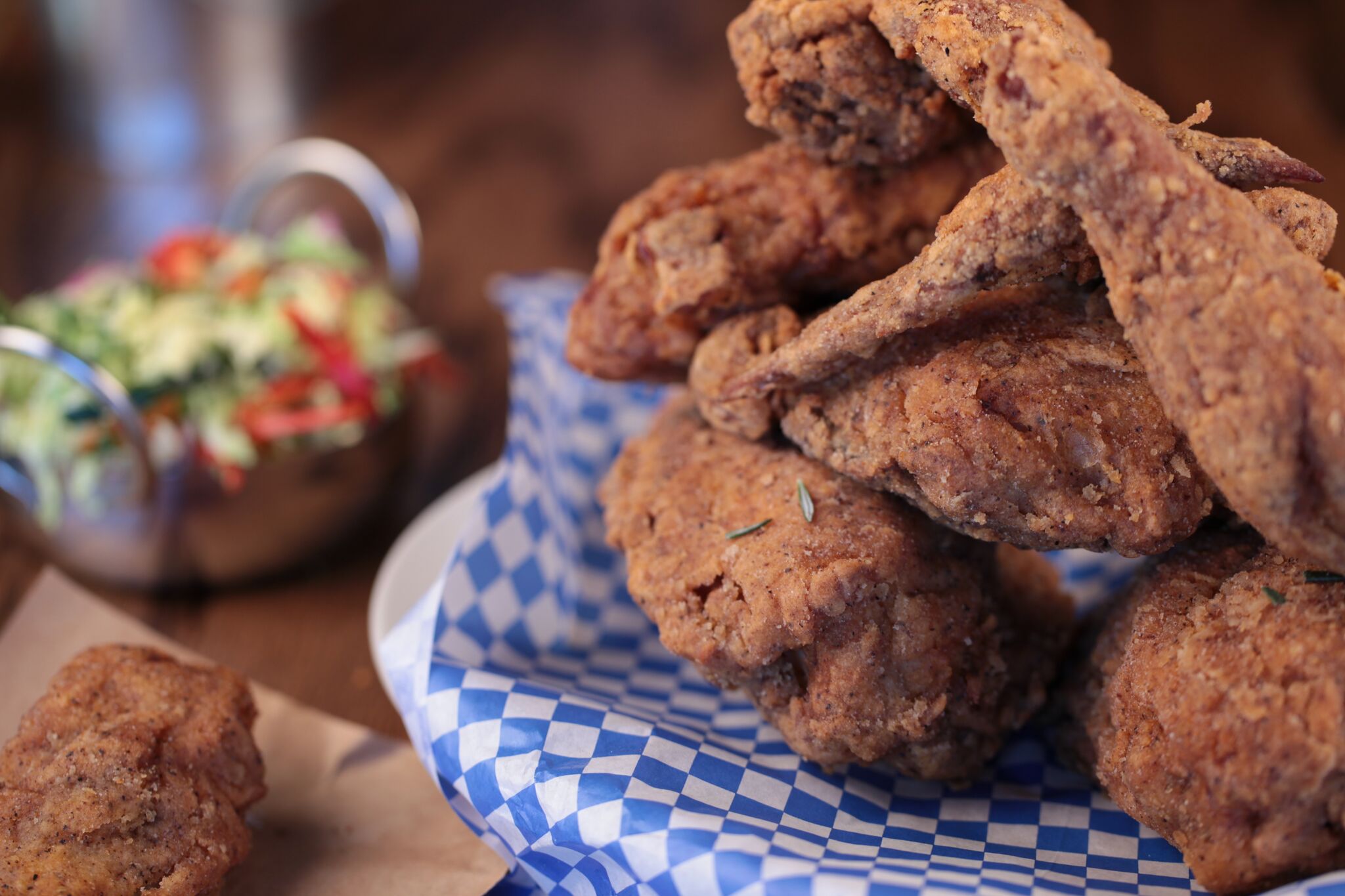 When Post Brewing opened its doors in 2014, owner Brett Smith just wanted to serve excellent cold brews alongside some of the comforting dishes from his childhood. News of the perfectly crispy fried bird spread fast, and Smith found the need for expansion. After a successful run in Longmont, Post Chicken and Beer has recently set up shop on Broadway. Step into this ultra-casual, ultra-cool hangout for good beer, good food and good company.

Sweet Cooies will be one of three new locations expected from the iconic Little Man Ice Cream. Named after owner Paul Tamburello’s mother, the second shop will pay homage to his childhood since the location will be in Congress Park where Tamburello grew up.

STK, which has long served in hot spots including New York, Miami and Los Angeles opened its doors in Denver on January 17 to long lines and high praise. Come for the cool vibe and juicy steaks, but stay for the martinis.

Built on a friendship more than 16 years old, Zuni Street Brewing Company will pour out a wide range of beers brewed for “drinkability, refinery and enjoyment.” Co-owners Willy Truettner and TJ Slattery hope to draw in a crowd that shares their passion for music, the outdoors and of course, great brews. We don’t think they’ll be tough-pressed to find that crowd in Denver.

Il Posto, which translates to “the place,” specializes in carefully crafted, locally sourced and artfully presented cuisine in Italian tradition. Chef and owner Andrea Frizzi has been successful in Uptown for 10 years, but recently found a new home in RiNo in the space next to First Draft. Stop in for filling pastas, fresh seafood and exquisite wines sourced from the homeland. 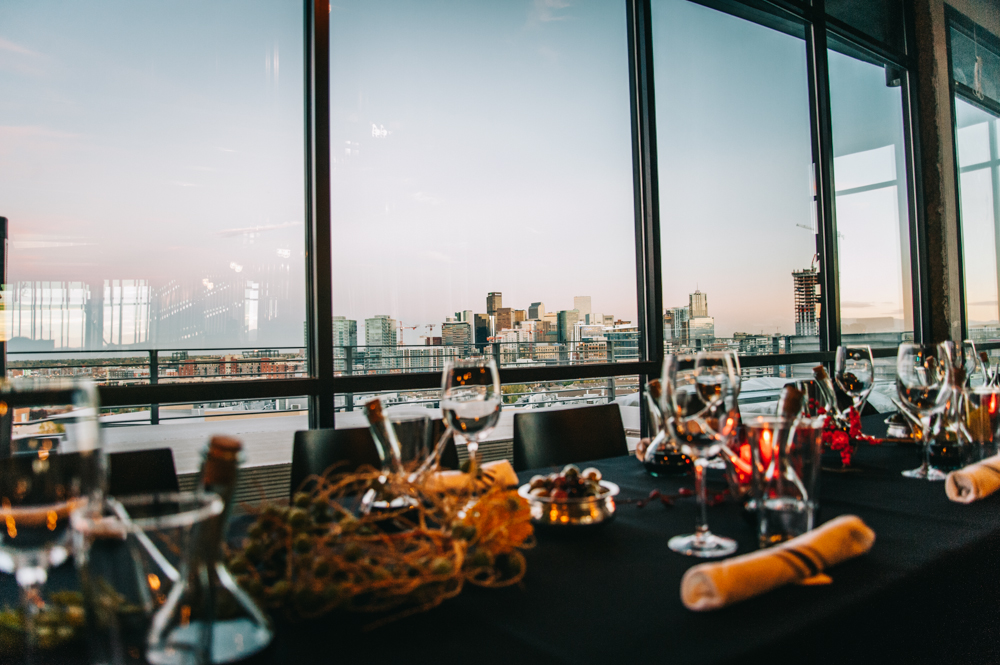 Fans of Justin Cucci’s empire, which currently includes Root Down, Ophelia’s Electric Soapbox, Linger and Vital Root are sure to enjoy this new installment. El Five plans to opens its doors in March, and will serve Mediterranean tapas style plates, which diners will enjoy alongside unobstructed views of our beloved city. 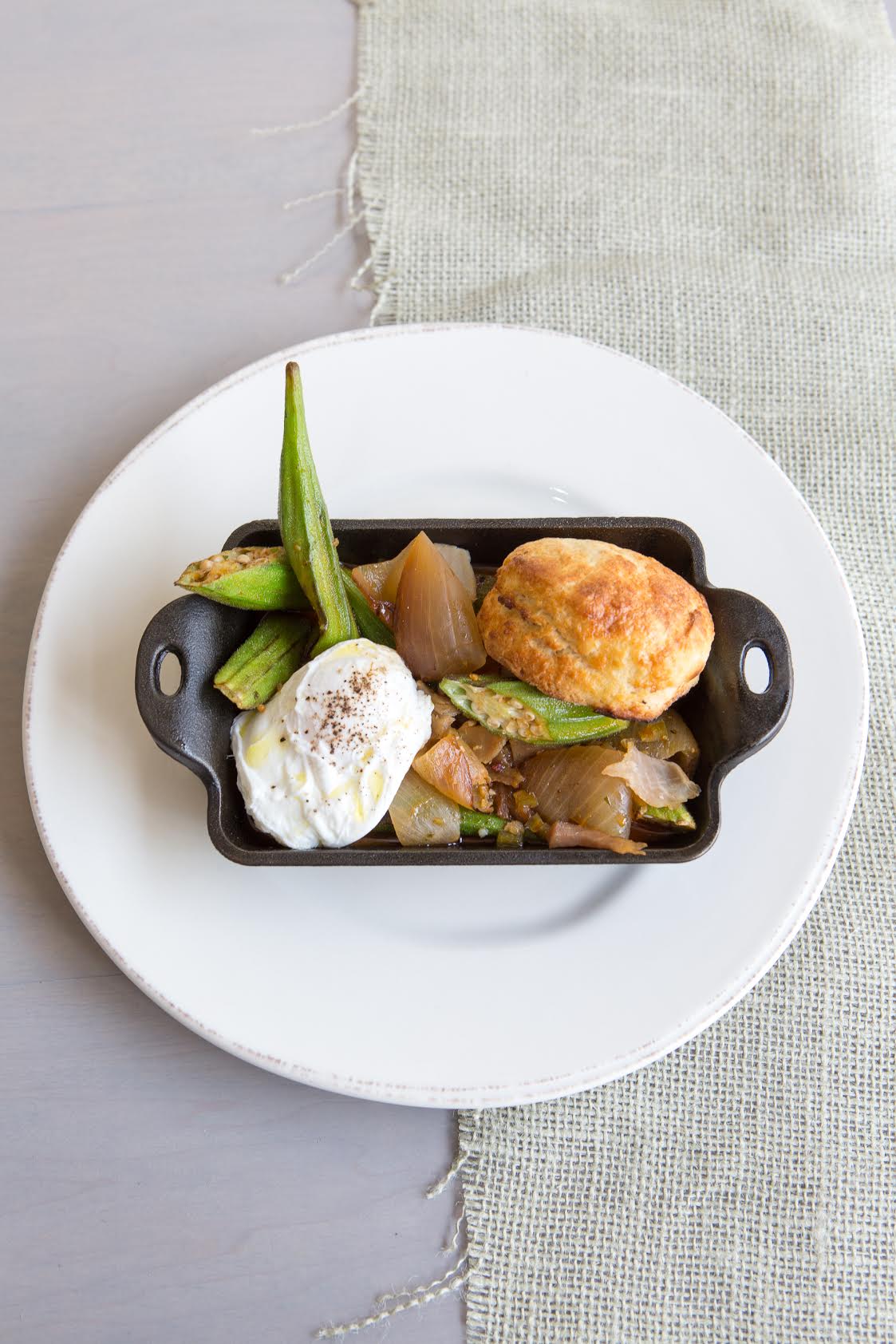 Husband and wife team, Katy and Brian Vaughn, opened LOW in Steamboat Springs with the goal of bringing their favorite Southern comfort dishes to Colorado. After garnering a loyal following (and serving lots of fried chicken and mashed potatoes), they have decided to bring their venture to Denver, and are aiming for an opening date in February in the former Vita space. 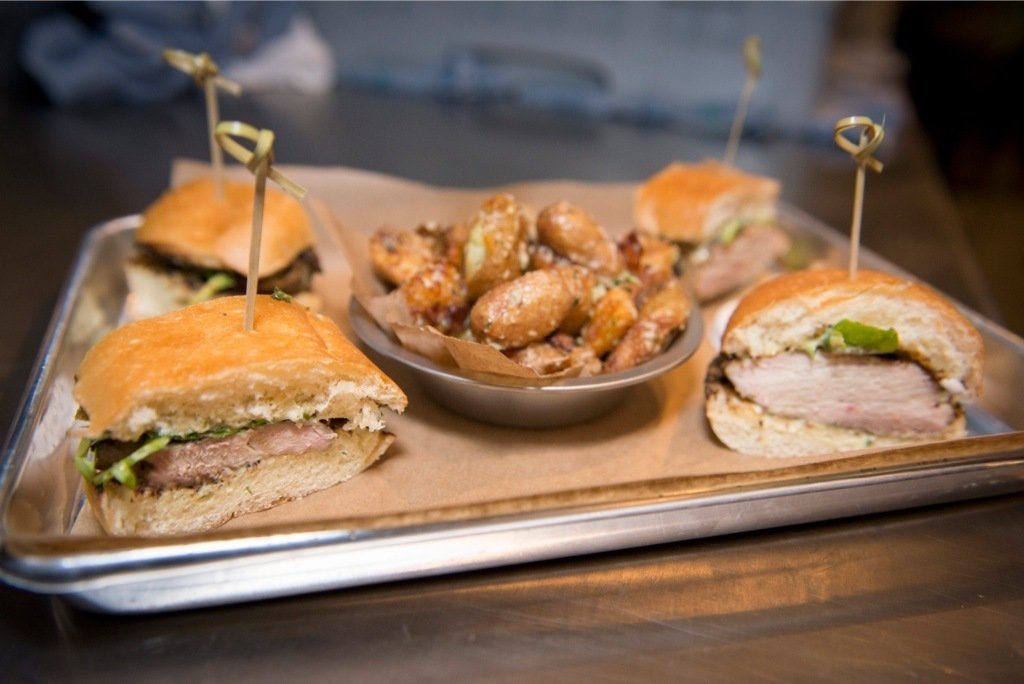 Crispy garlic smashers and a grilled herb chicken sandwich from the Kitchen. Photo by Caitlin Savage.

The beloved farm-to-table eatery from Hugo Matheson and Kimbal Musk will open a new location in the Cherry Creek neighborhood. Stop in on a lunch break for a quick and delicious bite, or linger for awhile over wine and a carefully crafted, locally sourced meal.

Blake Edmunds, Juan Padro, Max MacKissock and the team behind Bar Dough will take over the former Jezebel’s space this spring with a new Latin American restaurant concept. Look out for items including ceviche, tacos, crudo and more with traditional flavors you will know and love.

This Portuguese concept by Jennifer Jasinski and Beth Gruitch will join their acclaimed seafood restaurant, Stoic & Genuine, at Union Station this May. Look out for the traditional flavors of the Iberian peninsula melded with creative vision and loving attention to detail. 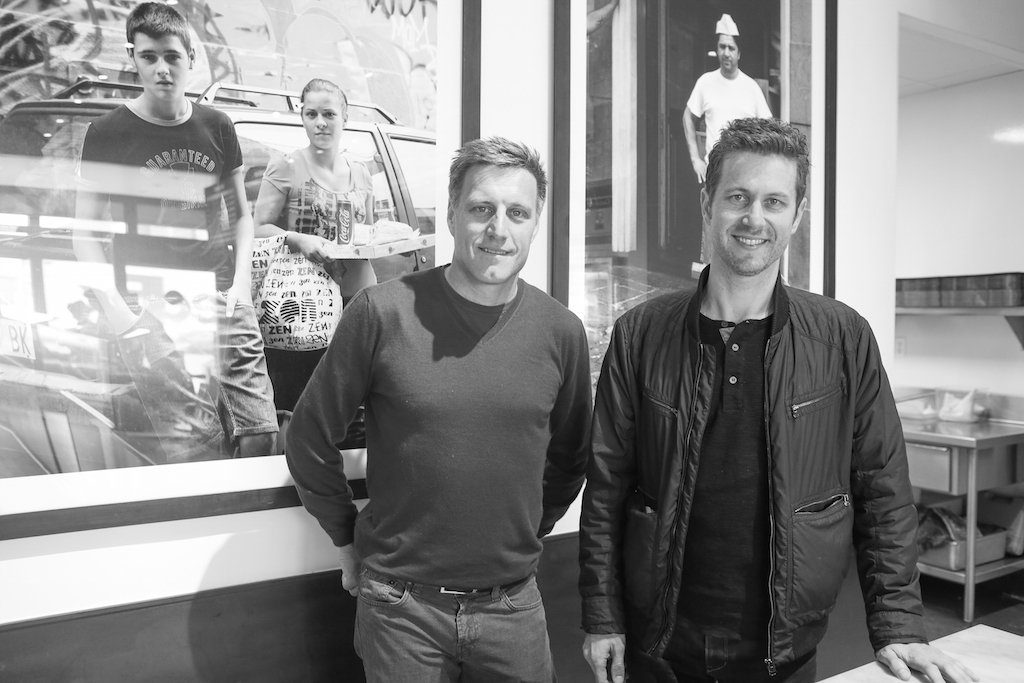 Cattivella is the newest project from chef Elise Wiggins, who has used the handle “the Naughty Chef” on social media and for her catering business. So, the fact that cattivella translates to “naughty girl” seems absolutely fitting. The large space will serve authentic, soul-warming Italian cuisine to the residents of Stapleton.

Where: 17th and Stout, Denver

This new Frank Bonanno concept will open in the business district this spring, offering French-inspired comfort food alongside specialty cocktails.

Tastie Concepts, the talented team behind Beatrice & Woodsley, will open a new restaurant and lounge in the Cap Hill neighborhood. The hangout will be centered around community, and will serve affordable entrées and hand-crafted cocktails. Expect worldly shareables, including French, Latin American, New American and Indian cuisine. 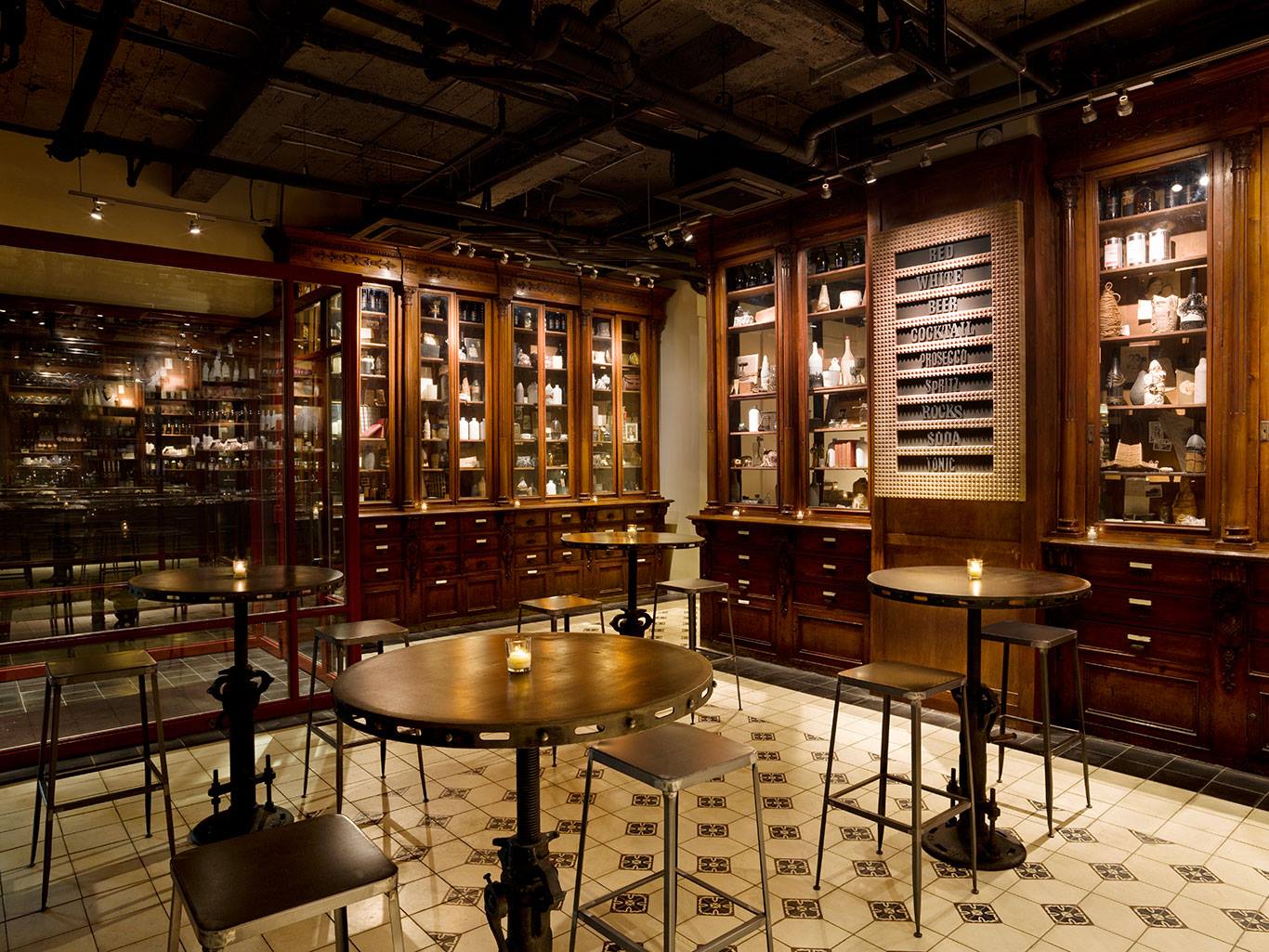 Where: 241 Columbine St., Denver
Michael Stillman, president and founder of Quality Branded, has announced the March opening of Quality Italian. The restaurant will be housed inside the Halcyon Hotel in Cherry Creek, and will offer elegant entrées such as veal filet marsala neru, spicy crab panzanella and clams and shells with pepperoni ragu.
“The goal of our Quality restaurants is to provide a modern steakhouse experience that speaks to current dining tastes, but remains rooted in traditional hospitality,” Stillman said.

Troy Guard, the mastermind behind Los Chingones and Mister Tuna, will open his 11th restaurant and ninth concept in Stapleton’s new Eastbridge development (alongside Cattivella, mentioned above). Hashtag will be a casual breakfast and brunch spot, serving fresh-squeezed juices, innovative morning cocktails and hearty, fueling breakfast items including, of course, lots of hashbrowns. We’re sure the food will be social media worthy. 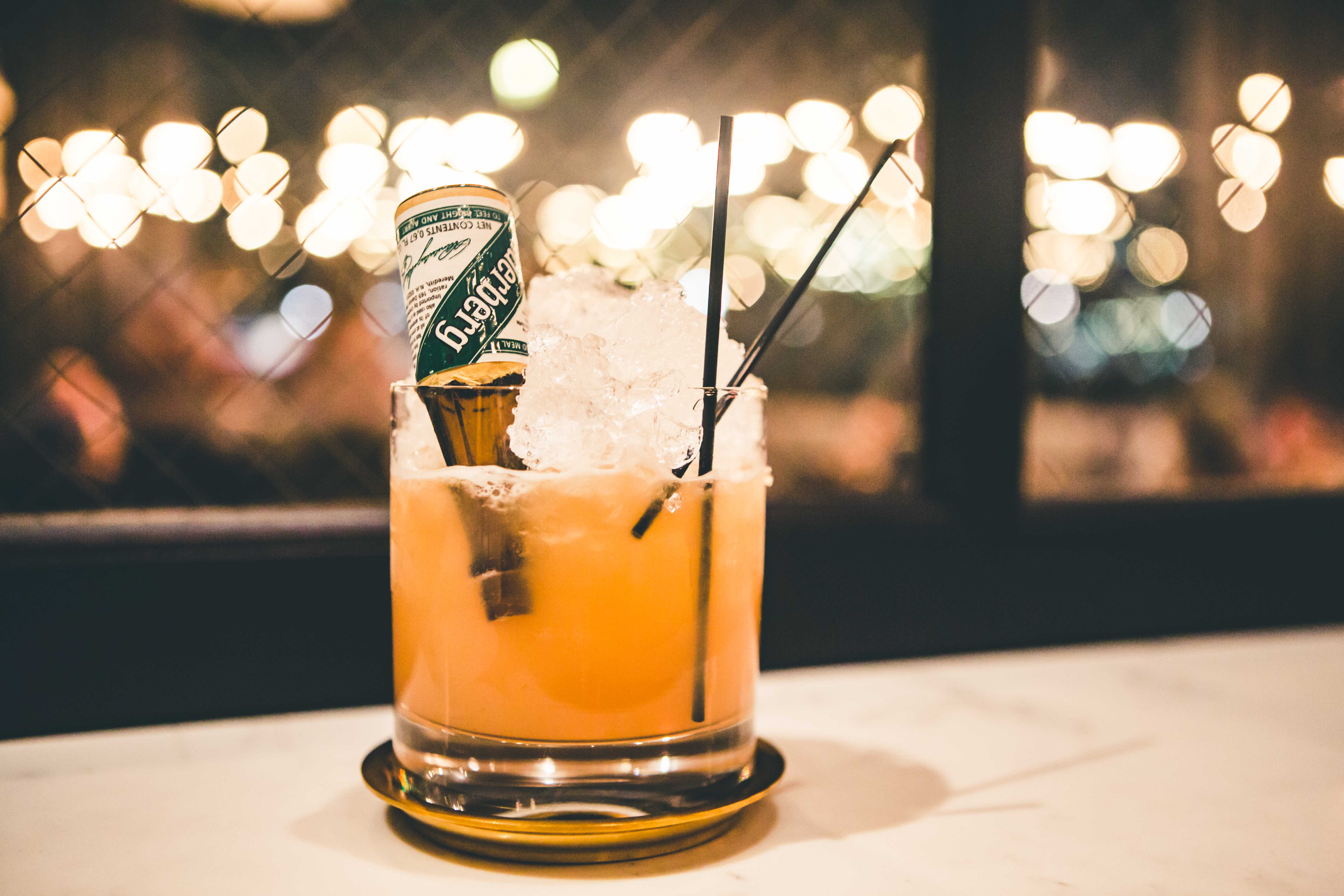 The “Going Down Proper” cocktail at Hearth & Dram, captured by Kyle Cooper.

On January 28, Union Station welcomed a new restaurant to the scene. Helmed by concept creator Garron Gore and executive chef Jeffrey Wall, the space pays homage to Denver’s gold rush era through antique knick-knacks, photos, and a literal hearth surrounding the open kitchen. Look for succulent, slow-cooked dishes made with seasonal ingredients, as well as a selection of more than 300 whiskeys, which you can enjoy straight or in a hand-crafted cocktail.

This Asian-inspired fast-casual bistro will open in the coming weeks just south of Cherry Creek. Stop in to enjoy contemporary twists on classic street food from Vietnam, Thailand, China and more. All dishes are made with fresh, locally sourced ingredients, and standouts include steaming bowls of pho, tuna poke and a pork banh mi.