Beer Banter: What Beer to Buy Dad For Father’s Day

What:  Beer gift ideas for dad this Father’s Day

Why:  Not many dads out there wouldn’t appreciate sharing a brew with his children

It’s hard to know what to get your dad for Father’s Day.  Maybe he’s not an outdoorsman, already owns enough sports swag to fill a basement, or doesn’t understand technology.  But as the writer of Beer Banter, I say that you can’t go wrong with a frosty cold one (or more).  It’s refreshing, and it goes well with summertime barbecue.  I’ve shared many a brew with my dad, and while our tastes are not the same, we both enjoy the time together.

But for those new to the state, the craft brew scene, or simply to drinking, you might be wondering what you can get that’s very “Colorado.”  A trip to the liquor store could be a fun and exciting way to tell your dad that you’re an adult, you have good taste, and that you want to have a good time this Father’s Day.  Unfortunately, it can backfire on you if you show up on the 15th, red bow perched on a case of watery supermarket lager, and your dad begins to worry you inherited your grandfather’s taste in beer.

To make things easier for those without the time, money, or experience to test out the hundreds (if not thousands) of kinds of beer on the market today, I’ve come up with a list of brews any dad would love for Father’s Day. 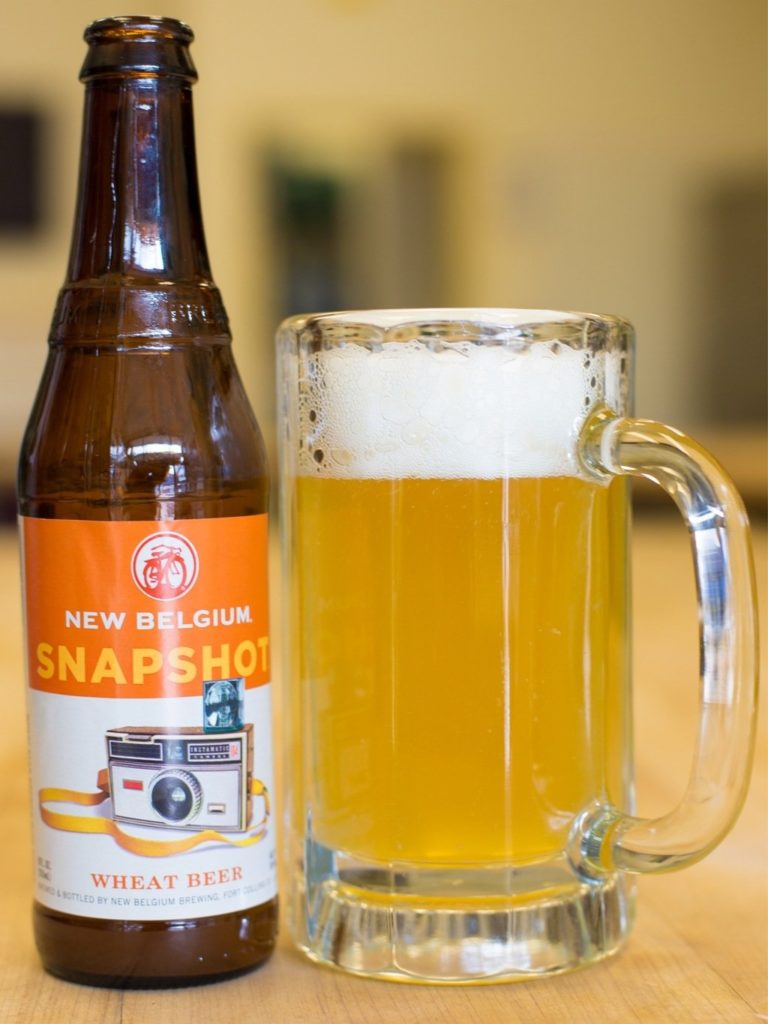 New Belgium’s Snapshot Wheat is another favorite from NB. Photo by Camille Breslin

If your dad is an old-fashioned kind of guy who grew up in an era where Miller Time was a common term and craft brewing was a made-up word, this might be the perfect brew for him.  It’s not wildly experimental, there aren’t massive flavors, intimidating hops, exotic herbs, or mouth-numbing spices.  What you have in Fat Tire is simply an ale crafted by some of the most skilled hands in the business.

If you live in Colorado, near Colorado, or know anything about the craft brew scene, chances are you don’t need my help in deciding that New Belgium‘s flagship amber is one of the best in the business.  What I am saying is that just because this brew is more commonly seen out in the bar scene doesn’t make it somehow “less craft” than other, more obscure brews.  Sure lots of people have tasted Fat Tire, but that’s probably because New Belgium does malt flavor better than any brewery in the business.  If Pater isn’t a beer hipster who gets upset when people have heard of what he’s drinking, he will appreciate his progeny having good enough taste to bring this brew to the barbecue.

Way back at the end of January when I first started working at 303 Magazine, I reviewed Upslope Brewing as my first professional beer review.  And while any of their beers would make you dad’s eyes light up, my recommendation is the Lager.  Its flavor is a well-made throwback to the good old days of pounding Colorado Pilsners while out flyfishing or after a hard day’s work, but without the slightly watery, vaguely off-putting metallic taste he no doubt had to put up with back then.

It’s important to consider that Father’s Day is in mid-June, and there’s a fair chance that he’ll be drinking your present at a barbecue at some time.  And while I won’t say that something with a beefy IBU or abv doesn’t go with flame roasted meats and veg, a session ale like this one is probably the way to go.  The unspoken gift will be the hangover your pappy doesn’t get the next morning.

Honestly, any of the beers on tap at Odd13 will make your dad’s mouth water.  But with a more complex flavor than the beers I’ve discussed so far, Erik the Red is for the dad who prefers a certain degree of complexity when he drinks.  No nostalgia in this beer, it brings citrus hops flavor with a nice yeasty aroma balanced out with good malt sweetness that a beer fan will definitely enjoy.  Make sure you know for sure he likes big hops flavor, however, because as I’ve discussed before, this is more IPA than red.

While you can always pop in between now and the big day for a growler, I’d recommend saving everyone the time and hassle of a barbecue and just bring the family on down to Odd13.  It’s a fun place to hang out, and your old man can enjoy some really amazing artwork appropriate for the entire family.

It may take some digging into my archives, but I reviewed this beer way back during my report on Masters of the Brewniverse in late February.  As promised, I have since worked this beer into my regular rotation, and your dad should, too.  It’s crisp, lightly bitter, and refreshing enough to keep Pa interested on a hot summer day.  It varies enough from the big three lagers that it probably won’t bring back any memories, but it’s delicious enough that he won’t care.

I generally enjoy this beer after class at Southern Sun on Broadway in Boulder, but you can also find it on Pearl St., and on Vine St. in Denver.  Make sure you bring cash, however, as their taphouses don’t take plastic. 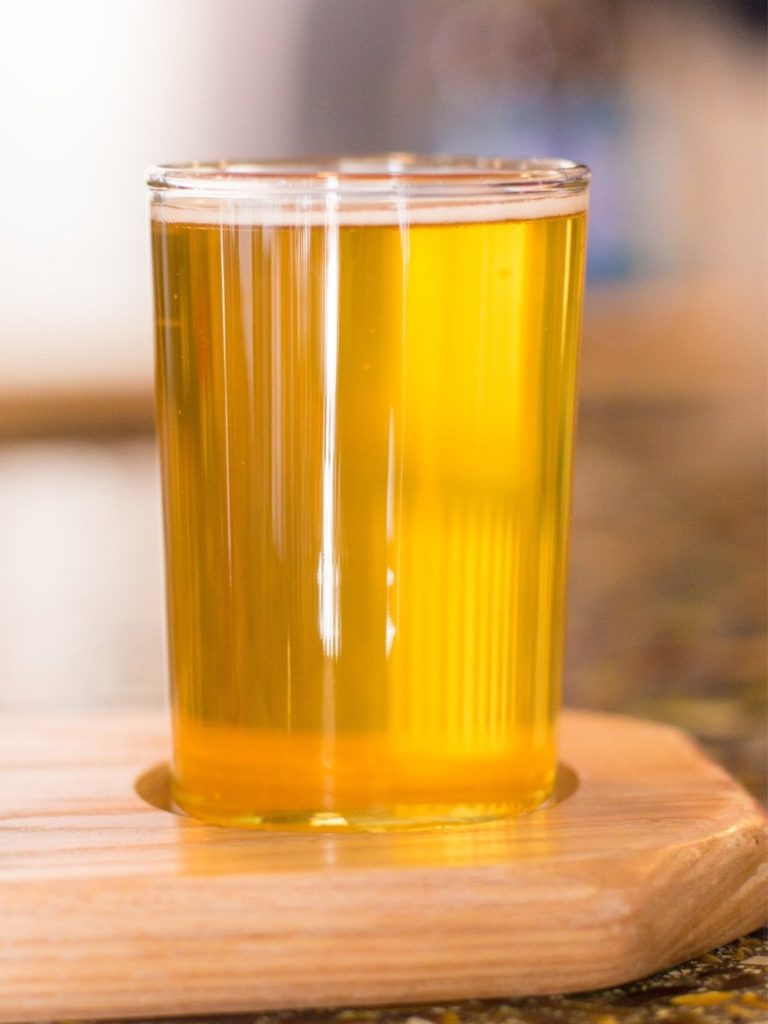 Getting into the somewhat exotic on this entry, but I can’t imagine a better compliment to spicy barbecue that a beer with an BBQ potato chip aftertaste.  And with a really nice, light golden ale base to this chili beer, there is more than just heat–it leaves you unexpectedly refreshed and ready for more.  Rest assured, the spice isn’t so harsh that dad’s eyes will start watering, but make sure you explain to him how the beer is made to get mad beer geek cred.

They sell growlers at Bootstrap that would be a great addition to any summertime celebration, but I recommend bringing dad down to the taphouse for some good times.  You’ll no doubt have trouble getting him to leave.

Believe it or not, the folks at Gravity have a style of beer that rivals the above lagers in refreshing taste.  It’s the only brew on their menu with a manageable abv, but that’s not the only reason to stick a bow on a growler of Coolship.  It has a pleasantly sweet mix of malts that are complimented perfectly by the citrus of the orange peel and coriander that will cleanse the palate of any spicy ribs or chicken and leave dad ready for seconds.

This is the brew I order every time I go to Gravity.  The rest of their beers are great, but there is nothing like the refreshing mix of sweet, tart, and bitter that this beer provides.  To quote Frank the Tank from Old School:  “Once it hits your lips, it’s so good!” 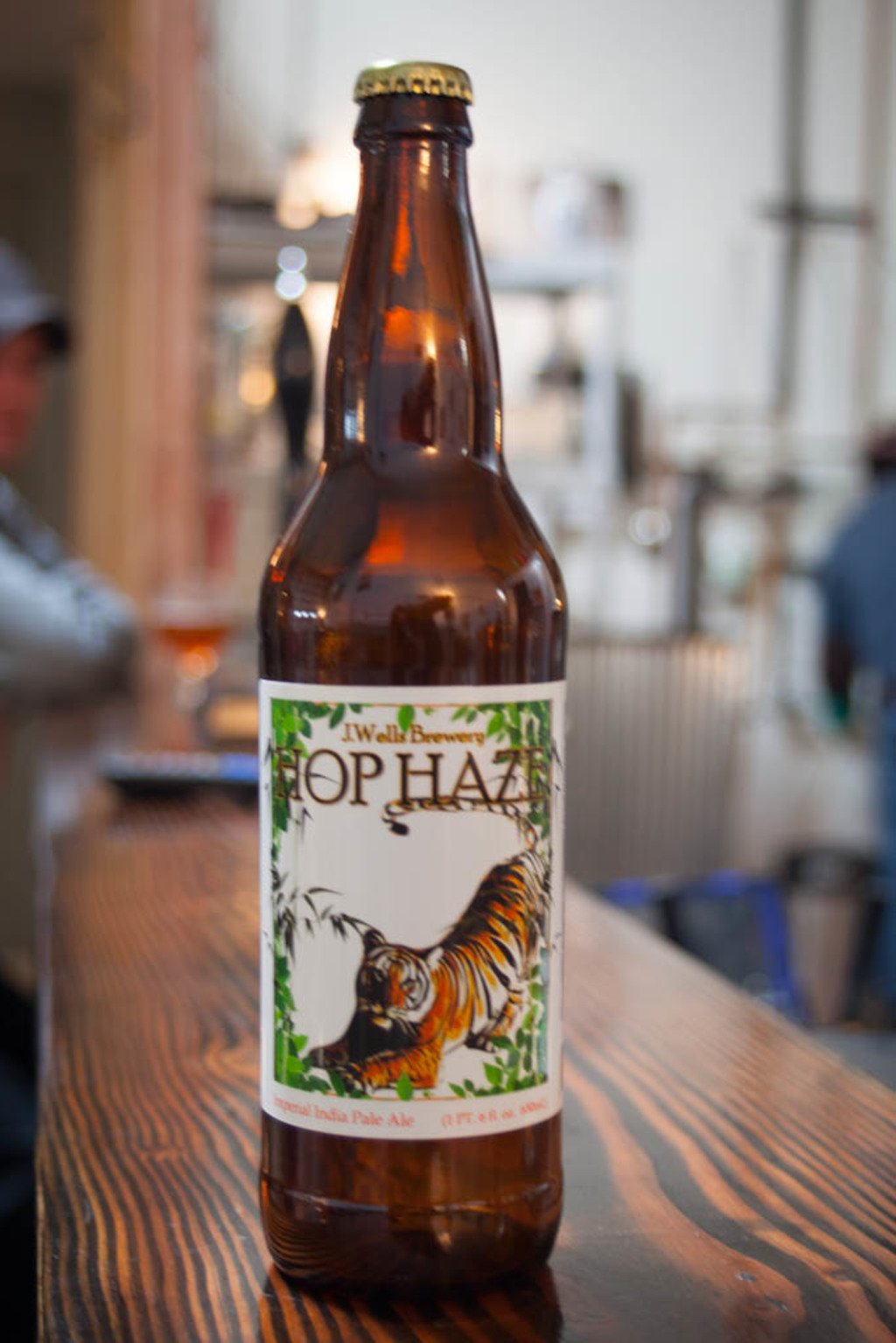 It’s unfair to make the assumption that dads won’t like big hops flavor, so I’m adding the best IPA I’ve ever enjoyed onto the list.  J Wells Brewery in Boulder, the smallest brewery in Colorado, offers a hops bomb that few palates can resist.  It hides the alcohol burn of 9% abv cleverly behind a perfect balance between the malt and the hops.  It reminds me enough of a Belgian-style IPA that it should be included when the Belgians take over the craft brew scene, but is unique enough to almost be a style of beer unto itself.

If dad is a hops fan, he will like this beer.  If he is curious about the craft brew scene, take him down to the taphouse to meet Jamie.  While I was there, he was more than generous with the free knowledge of how his beer is made, and a homebrewing dad will find it fascinating.

I understand that it’s hard to buy for dad.  Once you build up a good amount of past gifts in dad’s closet/garage, how do you keep from repeating yourself?  If your dad is a fan of the suds on a hot summer day (and who isn’t?) the obvious answer is a tour of the nectar of Colorado.  Even if he frequents the beer section of the liquor store on a regular basis, I can almost guarantee he hasn’t tried something on this list.  And if he has, he’ll enjoy a revisit this Father’s Day, and now you can make it happen.