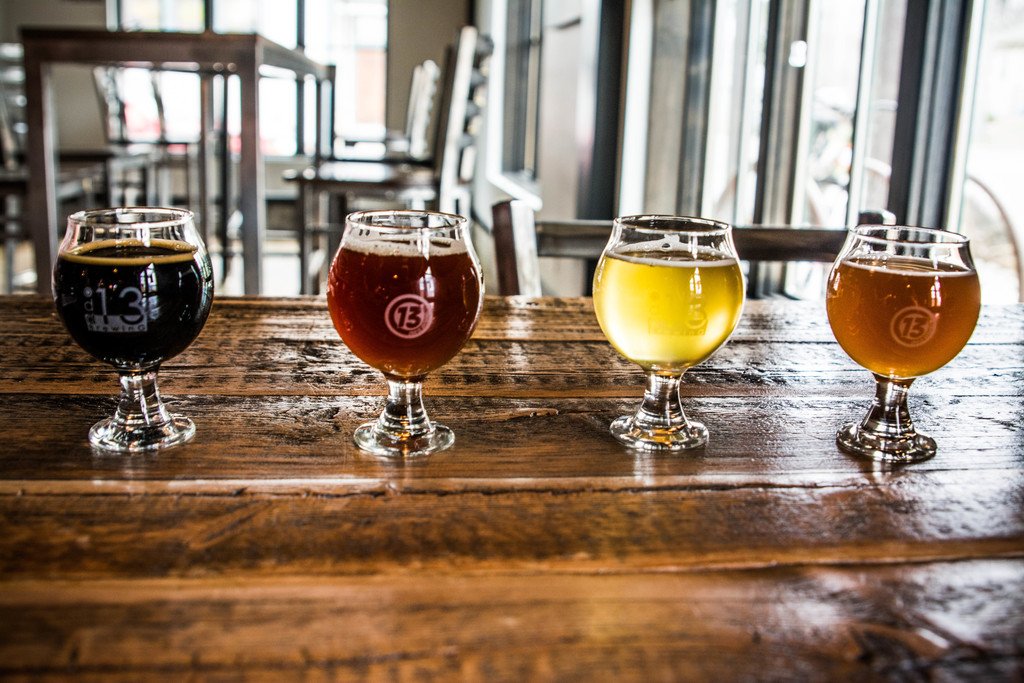 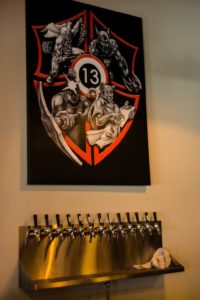 Cons:  Beers difficult to find outside of the Lafayette Taproom

Places like Odd 13 Brewing Inc. are the reason I like beer.  In case it hasn’t been clear in my previous articles , I have a love of small community breweries.  Having just moved to Colorado in 2012, I’m still trying to get a feel for many of the areas surrounding Boulder and Denver, and after my visit to Odd 13, I feel like I’m really getting to know Lafayette.  Co-founder Ryan Scott sat down with me to discuss the beer and his brewery before going on the first vacation he’s taken since opening his doors. 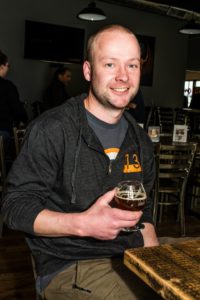 A software engineer by day, Ryan has had a love of brews for years that he finally took into the professional realm.  “I was a competitive homebrewer for about four years, and my wife [Kristin] gave me the final push to open a brewery.”  He added with a laugh, “Usually that works the other way around, doesn’t it?” Ryan is a  Colorado transplants like me, and he moved here from Michigan while Kristin originally hails from Ohio.  “I grew up in area code 313, and she grew up in 513,” Ryan explained, “so that’s where the name [of the company] comes from.”

In an industry where many breweries are defined by their quirks, I expected a company with Odd in the name to be about as zany as I could handle.  But aside from the amazing comic book-style artwork adorning their walls (courtesy of childhood friend Jesse Glenn and Ryan’s cousin, tattoo artist Joshua Gerics), the only real quirks are a love of barrel aging and Brettanomyces, both of which are used on many of their beers.  They bring big flavors that would satisfy seasoned beer drinkers and passing fans alike.

Eric the Red:  With great head retention, excellent lacing, and an appealing red/brown color, Odd 13’s flagship brew is easily one of the prettiest glasses I’ve seen in a long time.  Favorite of the owner, this beer brings a yeasty nose that will get beer fans and bakers alike get salivating.  A pleasantly bitter foretaste from the mosaic dry hop gives way to a nice balance of sour and sweet that leaves you refreshed and lingers pleasantly in your mouth without overstaying its welcome.  This is rounded out by a citrus hop blend that finally helps you’ve realized this is an IPA in a red’s clothing.  If you’re looking to move away from Big Box breweries but are unsure of where to begin, this is a great place to start.  “This beer is probably my favorite,” Ryan told me as he slid the tasting glass my way.  Many will no doubt agree.

St. Patrick’s Seasonal:  With a coffee aroma that makes you wish it were socially acceptable to drink first thing in the morning, the St. Patrick’s Seasonal is a beer for the seasoned beer fan.  The dark on dark color belies the lightness of this brew, which you expect to leave you with full-belly syndrome after a single pint.  Surprisingly, this has no chocolate notes to speak of, instead hitting you pretty hard with the bold malt flavor.  This is not a beer for the faint of heart (or for those unused to big stout flavor), but for fans of the style, this gives you another reason to look forward to the wearing of the green.

Dr. Cougar:  With a lower abv than most of the beers at Odd 13, this is the session beer for trivia night.  Its light hop flavor is offset by lightly complex sour notes brought on by the Brett fermentation.  It has that slightly cloudy straw color I love, and the kind of lacing that makes me wish the waitress would leave my empty glass on the table just a little longer.  The refreshing taste, interesting complexity, and clever use of brewing techniques makes this easily the most drinkable beer I sampled and is definitely worth a try for beer geek and wine nut alike.

Lafayette Brett:  I’m a sucker for this kind of beer–made with 100% Brettanomyces Bruxellensis Trois (let me save the curious some Googling), this beer will bring me back to Odd 13 again and again.  The nose is, I kid you not, passion fruit, an aroma even Hawaii breweries struggle perfecting.  Don’t let me trick you into thinking this is a fruit beer, however, as there is no fruit in the 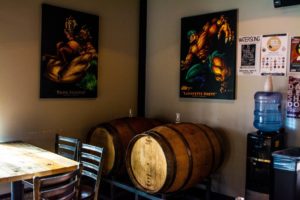 beer itself.  There’s no bitterness and it’s not overly sweet, allowing the passion fruit flavor to wail on the high notes with papaya calmly playing bass in the background on stage made of malt and Brett sour.  It sounds strange, but this fruitless beer is how fruit beers everywhere should taste.  Try this soon.

There are a number of reasons to visit Odd 13.  There’s a great deal of Lafayette history in that area, there is trivia on most Saturdays and Tuesdays (get there early, because it fills up fast), and foosball tournaments on Thursday.  But even if you don’t like art or history, and you’re bad at trivia, and you don’t understand foosball, find an excuse to get down to Odd 13.  I’d drink their beer anywhere.

All photos by Delmy Gooch