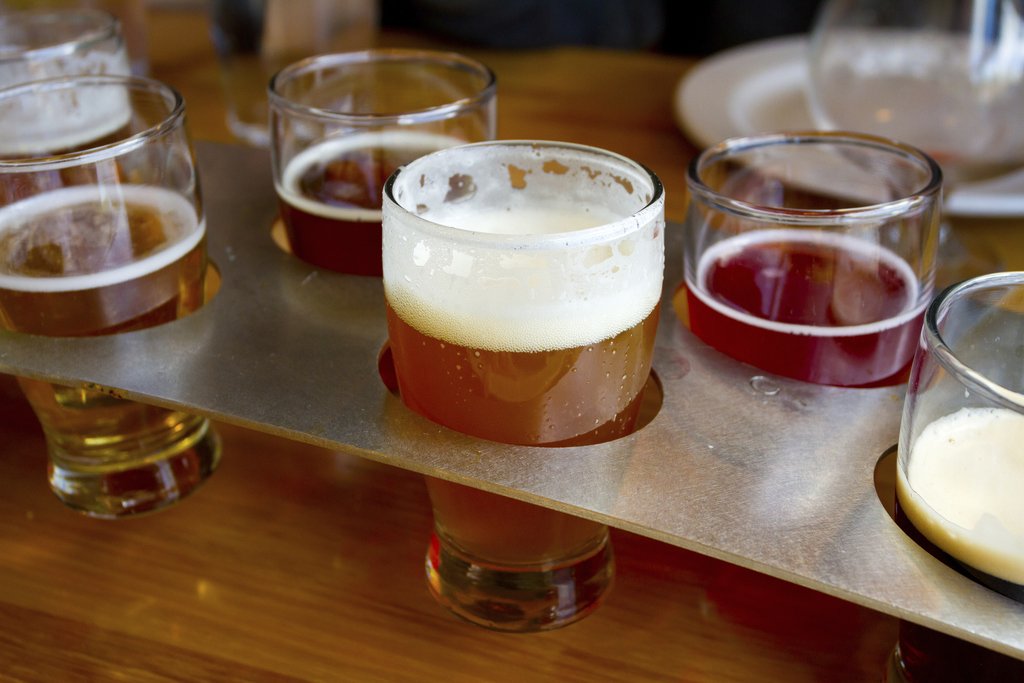 Cons:  Bottles not yet available, Closed on Mondays

You never know what might happen when friends get together. Before Gravity Brewing opened its doors on September 8th, 2012, John Frazee and Ryan Bowers, a civil engineer and mechanical engineer respectively, met for lunch in Louisville.  John let slip that he was interested in taking his 16 years of homebrewing experience to the professional level, and Ryan’s response was “I’d be interested in being a business partner.”  In the ensuing flurry of activity, they brought Julius Hummer (son of Boulder Beer co-founder David Hummer) and his  25 years of brewing experience on board.

“What the heck?  You only live once.”  -Co-founder John Frazee 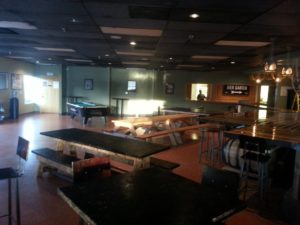 I asked John what inspired him to start a brewery, considering he already has a successful career in engineering.  “I’ve had the dream all along, and I guess I had kind of an early mid-life crisis and thought, what the heck?  You only live once, right?”  His homebrewing career started in college, brewing beer in the dorms while they were underage.  “I can tell them that, I don’t mind,”he added, laughing.  His long-running fascination with brewing is apparent in Gravity’s menu, which boasts some big beers with bigger flavors:

Coolship Belgian Wit:  This beer is the reason I will be going back to Gravity on a regular basis.  This gives away my entire opinion in one sentence, but stick with me here!  Its combination of pilsner, wheat, and rolled oats provides wonderful canvas upon which the orange peel and coriander is painted.  The addition of acidulated malt gives Coolship a nice citrus zip.  It has an almost bubble-gum nose, and the cloudy golden-straw color lit up in the setting sun in a very eye-catching way.  It is sweet like many wits, but it isn’t cloying.  The effervescence of the brew combined with the sour background balances it in a way that makes it one of the most drinkable beers I’ve ever had.  In a menu filled with big beers, Coolship has a lower abv (5.6%), making it the best session ale I tasted.  DO NOT PASS THIS UP.

“How awesome would it be to open the first brewery in Louisville?” –John Frazee 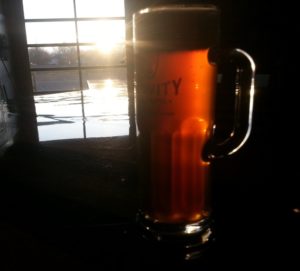 Mendacious Belgian Golden Strong:  Sitting somewhere between a Belgian blonde and a Golden Strong, it combines pilsner malt, dextrose, and light hops to make one of the most dangerous beers I’ve tasted in a long time.  To Google it for you, mendacious means “deceitful,” and that’s precisely what this beer is.  Its clear golden color, light head, and decent lacing could almost be mistaken for a big box beer like Coors.  The sour aroma with hints of sweetness gives it away as a craft beer, but the flavor brings a light sourness with hints of hop bitters balanced against a wonderful malty sweetness that suggests a session ale.  This is reinforced by a light mouthfeel that leaves you feeling clean, and refreshed.  What makes it dangerous is the complete absence of alcohol burn, which it should by all rights have at 8% abv.  It’s an excellent beer that you should definitely open your night with, but if you’re a few beers in and your friends brings you one of these, be careful–they might be trying to get you to make a fool of yourself.

Ebb and Flow Double Red Rye:  Another sneaky ale, don’t let the name fool you–Ebb and Flow is an IPA.  Luckily, it has much more going on than the average hop monster.  With a great aroma that balances floral  notes with toasty bread in a way that you don’t experience very often, its clear amber-brown body and light head make it an excellent beer to simply leave on the table for the ambiance.  But the slightly creamy mouthfeel and well balanced flavor means that will never happen.  The bitterness from the Kent Goldings hits you first, but its malty-sweet finish somehow cleans your mouth of that bitterness and leaves you wanting more, rather than making your tongue go numb.  I believe I detected a light aftertaste of whiskey, no doubt as a result of the rye, but it may have been wishful thinking after my previous experiences with rye ales.

Acceleration Double IPA:  I’m not going to lie, I initially wanted to review this beer because of my deep-seeded love of silly jokes.  At 98 IBUs and 9.8% abv, it was simply irresistable (acceleration due to gravity is 9.8m/s/s).  This beer has more going for it than clever wordplay however.  It has a nice flowery aroma with hints of lemon and grapefruit that accompanies a wonderfully challenging and refreshingly tart beer.  The mouthfeel is lightly creamy and hangs in your mouth well after you’ve swallowed which makes it something of a challenging IPA, but if you’re a hop head or are simply curious what all the hubbub is about, this is a good beer with which to start.  If IPAs are the atomic hot wings of the beer world, this is the well-designed mango habanero chicken that brings big taste. 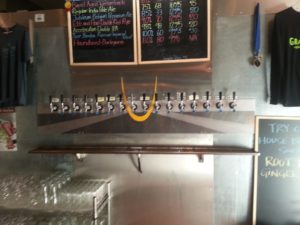 Tsar Bomba Russian Imperial:  I was warned ahead of time that this beer has a wide variety of grains, but you can definitely taste the skill with which the black chocolate, dark, light, and crystal malts are complemented by the sweetness of the brown sugar and molasses addition.  It has a light iron/blood taste that is more pleasant than it sounds, and though it brings 11% abv, there is still a decent amount of sweetness.  This is all balanced with a healthy hops addition, making it a complex, interesting beer.  Not for the faint of heart, but if you’re feeling adventurous, give this bomb a try.

“Bomba’s pretty much got every kind of grain.” –John Frazee

In all honesty, there’s too much going on at Gravity Brewing to take in after one visit.  They have more that twice as many beers as I’ve reviewed here, plus house-made sodas, and soon a food menu presented by Chris Nearing of World Wide Vittles.  They’re beginning to barrel age some of their bigger beers.  They have a biergarten outside, huge floorspace, live music some Thursdays and Saturdays…Let me put it this way:  I will be going back to Gravity Brewing as much as I can.  If you like good beer, I’ll see you there.

All photos courtesy of Tressa Hodros