Cons:  Beers are hard to find outside the Niwot area.

When Bootstrap Brewing founders Steve and Leslie Kaczeus made the decision to move out of the tech industry, it didn’t take long for them to decide to get into brewing.

“We’re from Niwot,” Steve told me when I came down for a visit, “And we both thought it’d be cool to have a neighborhood brewery.  To make this happen, Steve (who had been homebrewing since the 90’s) went back to school to learn about professional brewing.

“He was brewing so often, I had to kick him out of the kitchen.” –Leslie Kaczeus, co-founder of Bootstrap Brewing” 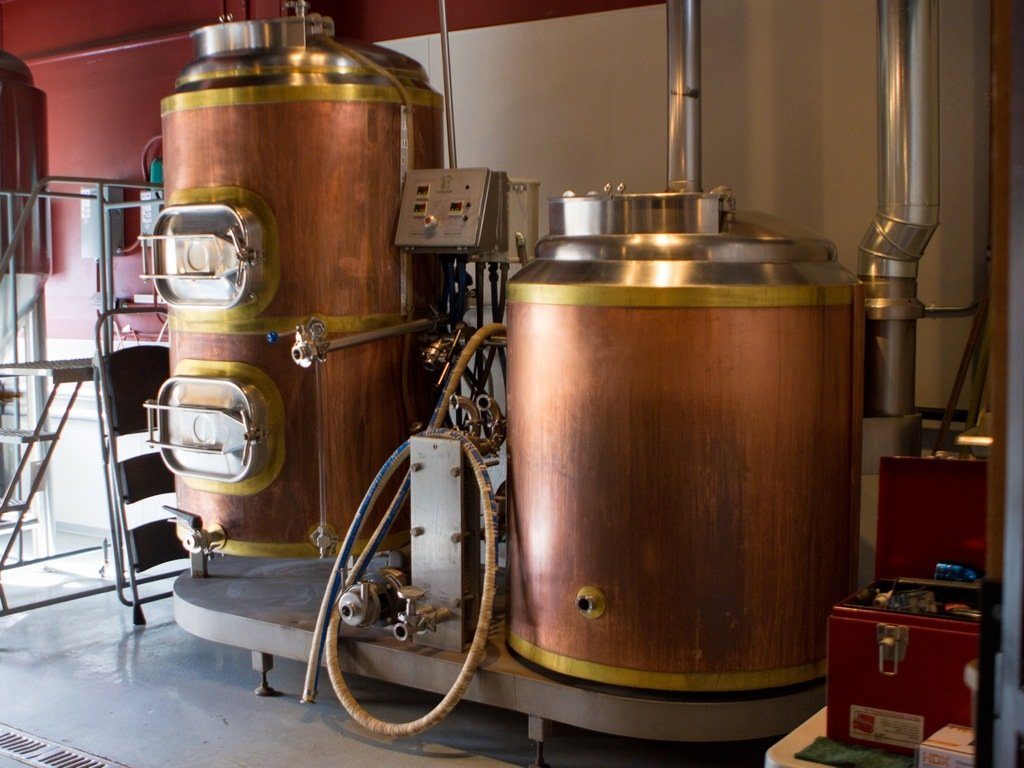 It’s apparent how much Steve and Leslie love what they do.  As they were telling me about their beers, they sounded more like proud parents bragging about their children than brewers.  Combined with the the eclectic decorations and laid back atmosphere, they easily have one of the most welcoming taprooms I’ve ever been to.  In the short time they’ve been open, Bootstrap Brewery has become a major part of Niwot, having teamed up with the Niwot Market and Niwot Tavern in an exchange of food and drink that is the very definition of community.

With a 3.5 barrel system, Bootstrap qualifies as a nanobrewery, but they have plans to expand, having recently acquired a fifteen barrel fermenter.  They’re currently distributing to 27 liquor stores around Niwot and Longmont, but are hoping to make headway into larger markets.  With the beer I got to taste, any city without a liquor store that carries these brews is missing out.  Here’s what you can expect when you sit down at the bar:

Golden Ale:  If you’re looking for a nice night with friends and a few brews, this is the one to order.  At 4.5%, a seasoned beer fan can have a few without getting out of control.  It’s got a slightly cloudy yellow/sand color and an almost unnoticeable bitter smell that fills the glass as you finish your beer.  It has good head and excellent lacing that gives you an idea of how big of gulps you’ve been taking.  It’s light and refreshing like a lager, but gives just enough malty flavor and hops bitterness to keep you interested well into your third or fourth round. 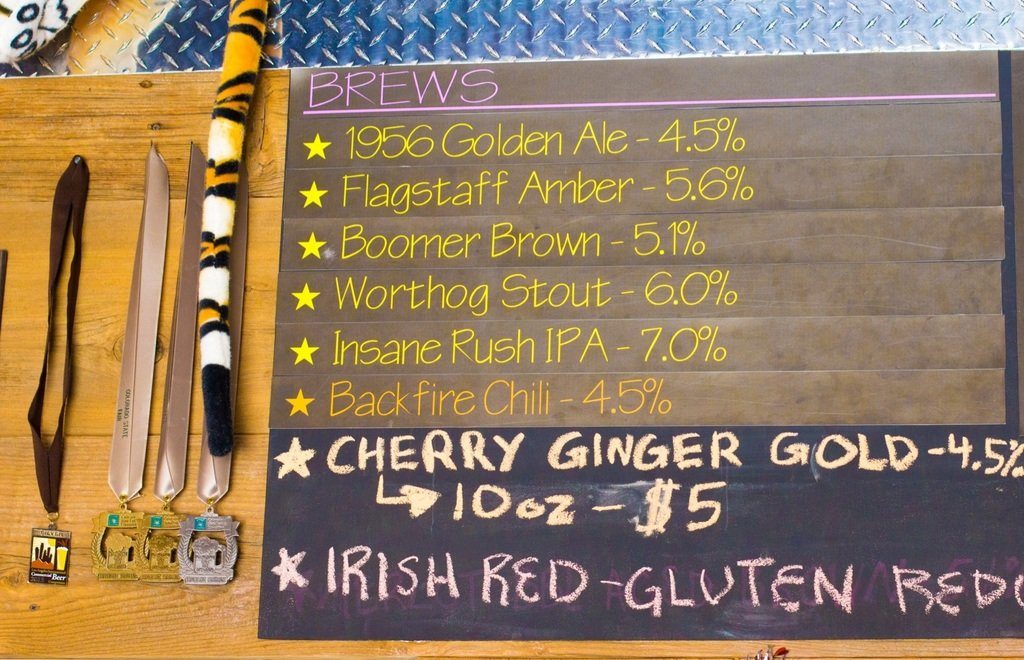 Insane Rush IPA:  Generally speaking, I’m not much of a hop head, but this is the kind of IPA I really enjoy.  It’s got a good head, nice lacing (you see that a lot at Bootstrap), an excellent amber color, and surprising clarity for an IPA.  But where this brew stands out for me is that, in addition to the assault of bitterness you get in any IPA, there is a wonderfully fruity, citrus flavor that goes so far as to bring hints of mango into the game.  It’s also a well-balanced IPA, with enough malt sweetness to balance out all the hop action.  IPA fans used to having their tongues bruised up by bitterness might find Insane Rush a little unchallenging, but it’s still a great beer.

Worthog Stout:I’m not going to lie, I was initially drawn to Worthog because I’m a sucker for puns (“wort” is a brewing term for unfermented beer).  But Worthog brings more to the table than a clever name.  It’s got a nice chocolate head that gives you a nose full of roasted coffee aroma as you take a drink.  With its deep black-on-black color and excellent lacing, it’s easily the prettiest beer of the ones I sampled.  The flavor doesn’t disappoint, bringing bold roasted malt flavor, nice bitterness, and wonderful backnotes of chocolate that really surprised me.  It’s got a little more body than the average patron might find appealing, but if you’re a stout drinker, I highly recommend adding this to your rotation. 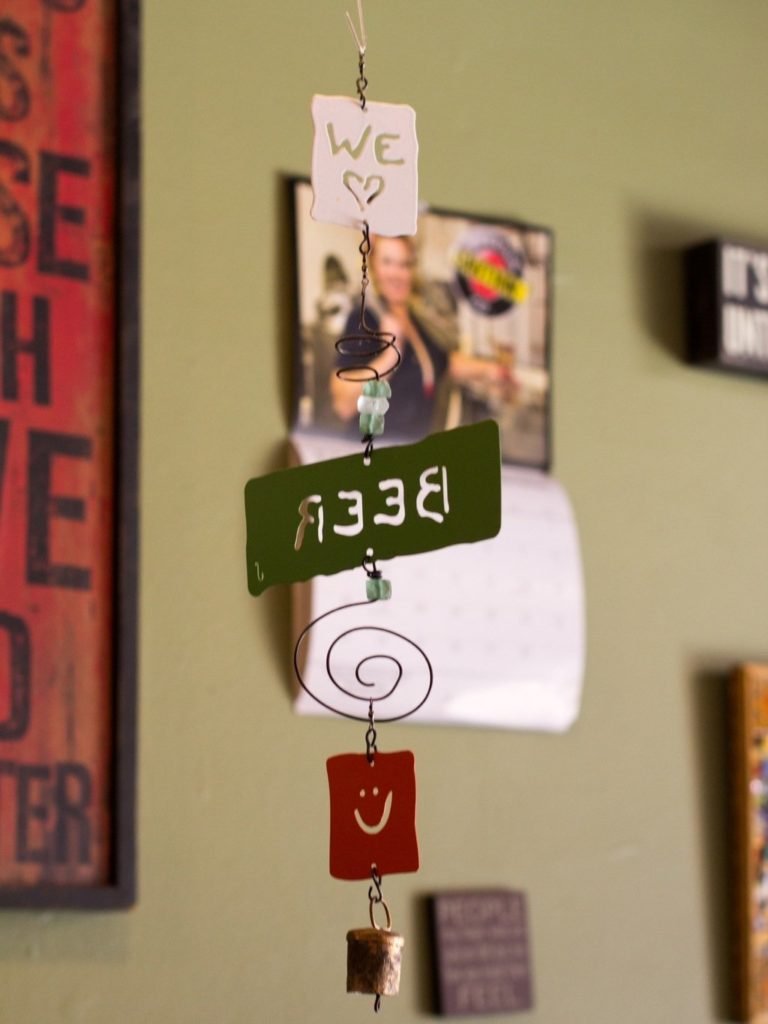 Backfire Chili Ale:  This is easily one of the most brilliant ideas for a beer I’ve heard in a long time.  They take their Golden Ale, keg it with Fresno Chilis, and then serve.  I’ve mentioned in the past that I’m leery of flavored beers, but this one came very close to breaking me of that prejudice.  It is clearer than the Golden but otherwise has the same color, but with little to no lacing or head.  It’s got a really smoky, almost bbq potato chip aroma I would like to use as cologne.  But the balance between the beer and the chili is really what steals the show.  You get a distinct, almost lagerish flavor up front, but a nice manageable burn in back that hovers in your mouth pleasantly and never reaches the “panic point” some chili beers hit.  It is worth noting that the folks at Bootstrap offer tomato juice with this beer for a “bloody Mary beer.”  I have yet to try it, but I absolutely cannot wait now.

The beers on tap at Bootstrap each have something interested to bring to the table, and are varied enough that most beer drinkers will be able to find one to enjoy.  Unfortunately, some of these beers can be hard to find outside of the taproom, but the plus side to that is the tap room is a great place to visit.  The atmosphere is great, the people are friendly, and the owners’ love for their work is palpable throughout.  If you’re a beer person but don’t live near Niwot, a pilgrimage might be in order.