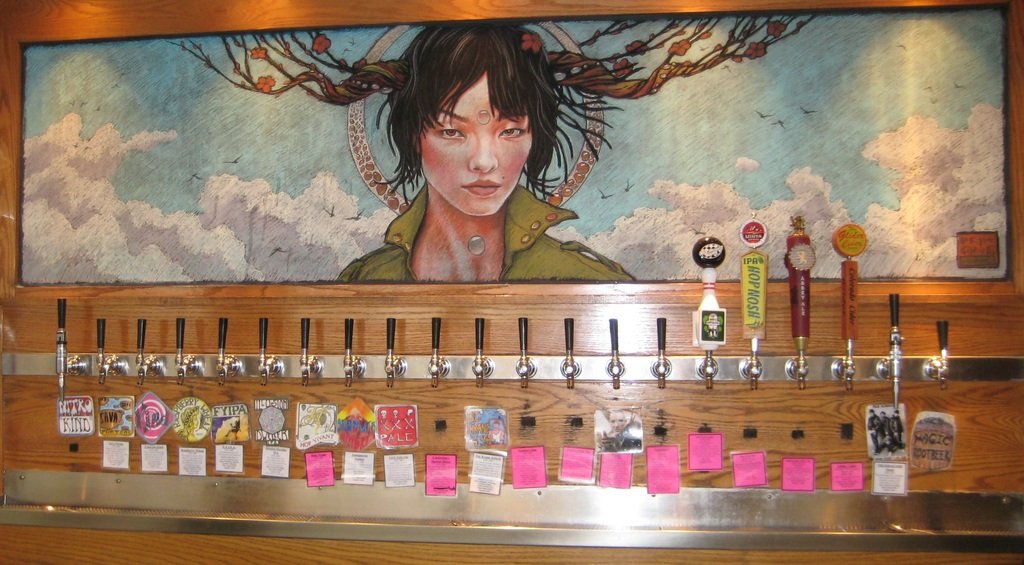 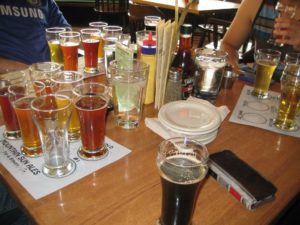 What:  Southern Sun Pub and Brewery

Cons:  It’s not in walking distance from my apartment.

For those who don’t know (almost everyone, I’m sure) I’m currently a student at a culinary arts school on South Broadway, not far from the CU campus.  And while  Gordon Ramsay never screams at me while I struggle not to cry, it is an intense and stressful school.  Luckily, Southern Sun Pub and Brewery, the larger sibling of the Mountain Sun Brewery on Pearl, is right around the corner.  Their combination of amazing artwork, huge selection of brews, and delicious pub grub makes it the ideal place to unwind after curdling your Hollandaise for the third time. 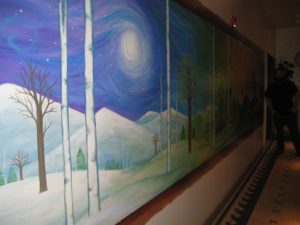 I recently sat down with Will Doermann, manager at Southern Sun, and brewer Davis Brown, and chatted about the company, their beer, and the owner’s philosophy.  “We encourage conversation,” Will said.  “We have family-style community tables and we emphasize a menu that’s fairly priced.”  This emphasis on customers getting the most bang for their buck began with owner Kevin Daly, who started Mountain Sun in 1993, Southern Sun in 2002, and Vine Street Pub and Brewery in 2008.

“Working for this company friggin rocks,” Davis told me.  “I’ve been a homebrewer since forever, and here we have about as much freedom as we want.”  This is illustrated by Southern Sun’s massive selection of beers that run the gamut of styles, from session ales to big beers.  “We stay organized so that we can run 20 beer taps efficiently without sacrificing quality.”  With a completely unfiltered menu, this is an impressive feat, with none of their beers acquiring off-putting flavor from uncleaned lines.  In kegging and aging their beer, the goal is to avoid a skunky sip from the first pint to the last.

“We still believe people are good.”  –Will Doermann

Obviously I’m somewhat biased, as Southern Sun is one of my favorite watering holes.  But their lack of clarifying agents or filtration (which I didn’t know about prior to this interview) makes me respect them all the more.  I’ve already reviewed one of their beers more or less at random at Masters of the Brewniverse, but I’m glad that I finally got around to giving this group of guys the attention they deserve.  So without further ado, here are seven of their brews: four IPAs, two Belgians, and a Raspberry Wheat. 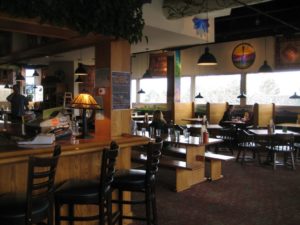 Yes.  Four IPAs.  These guys are that good.

FYIPA:  The aroma on this beer is the first thing you notice, with pleasant citrus notes that precede the fruity forenotes of your first sip.  Despite a massive hop presence, the brew is bright and sweet that subtly balances the excellently bitter aftertaste.  It has something of a longer finish that I personally like, but hop heads will revel in the complexity of this brew.  It has a clarity that fast became a trend in my flight of tasting glasses, but the amber/brown color and nice head and decent lacing made it hard to not try first.

Illusion Dweller IPA:  Contrasted against Southern Sun’s FYIPA, this ale has a very mild aroma bringing only subtle hints of hops.  But it boasts an excellent head and very pretty lacing that was accentuated by the wine glasses I sampled from.  There is excellent balance, with a very bitter foretaste but a slightly sweet, almost Belgian finish.  It’s deceptively mild, and should act as a good initiation for people interested in the world of hops monsters.

Vagabond IPA:  An American-style IPA, this beer has a nicely floral aroma with hints of citrus.  This is not an IPA for the faint of heart, with massive hops bitterness that may turn off some beer drinkers.  I don’t mean to imply it’s not a well-made beer, however, as its balance of 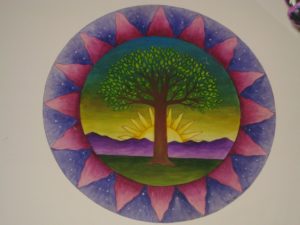 hops with hints of grapefruit and orange, and I swear I tasted pineapple in there.  It also has a fair amount of caramel flavor from the malts.  If you love to wrestle with a bear made of hops when you drink, this is the brew for you.

Hop Vivant:  A floral, lightly bitter aroma is a good prelude to a bitterness even greater than I experienced in Vagabond.  It would have pushed my hops limit if not for the nice alcohol burn and well rounded Belgian-esque flavor that made it curiously taste almost like a barley champagne.  Easily the most unique IPA I’ve tried in a long time, this clear, lightly laced brew is for adventurers, hops fans, and people who can admire a skilled brewer at work.

Pater’s Belgian Pale:  Not gonna lie, I was somewhat glad to move away from the IPAs.  And what’s better than a well-made Belgian Pale?  The tell-tale sour aroma made my mouth water, and it was tempting to knock this back without taking notes.  Luckily, I’m a professional, and managed to remember its slightly creamy mouthfeel and pleasantly fruity foretaste balanced against a bitter aftertaste.  All this was rounded out by a slight yeast flavor that I did not expect but very much enjoyed.  I will be going back for this one again and again.

Raspberry Wheat:  I know what some of you might be saying:  “A fruit beer?  Come on dude!”  But stick with me because Southern Sun’s Raspberry Wheat is worth it.  It has amazing clarity that highlights its beautiful pale red color and a lightly sweet aroma that is not cloying like a lot of fruit beers.  It’s light body brings hints of raspberry that is not kool-aid and is nowhere near wine.  Drink this blindfolded, and you will know you are drinking beer.  With a clean finish and no alcoholic burn, you get all the nice parts of a fruit beer with none of the detrimental side effects. 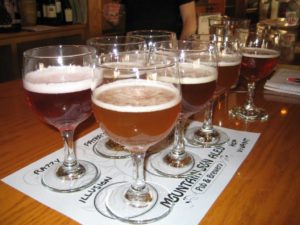 Number One Belgian Trippel:  Ending a seven beer flight with a 9% Trippel is risky business, but I like to live dangerously.  With the clarity of a darker Chardonnay and a lightly sour aroma with hints of white wine, this beer may not be for the faint of heart.  It brought a really sour flavor that I absolutely love, but the sweetness of the malt and oats balanced it out nicely.  The somewhat buttery mouthfeel left the inside of my mouth coated with all this wonderfulness.  I might lose some beer cred by letting slip that I also drink wine, but this beer toes the line between ale and beer in an excellent way.

As someone studying the culinary arts, I appreciate the skillful display of time-tested, difficult techniques.  With the freedom given to the brewers at Southern Sun, it would be easy for a guy like Davis to quirk up his beers with crazy additions to fill some niche in order to stand out.  It’s gratifying to see that, instead, they’re trying to stand out with high quality, reasonable prices, and beers that, simply put, are some of the best in the business.

All photos by Tressa Hodros