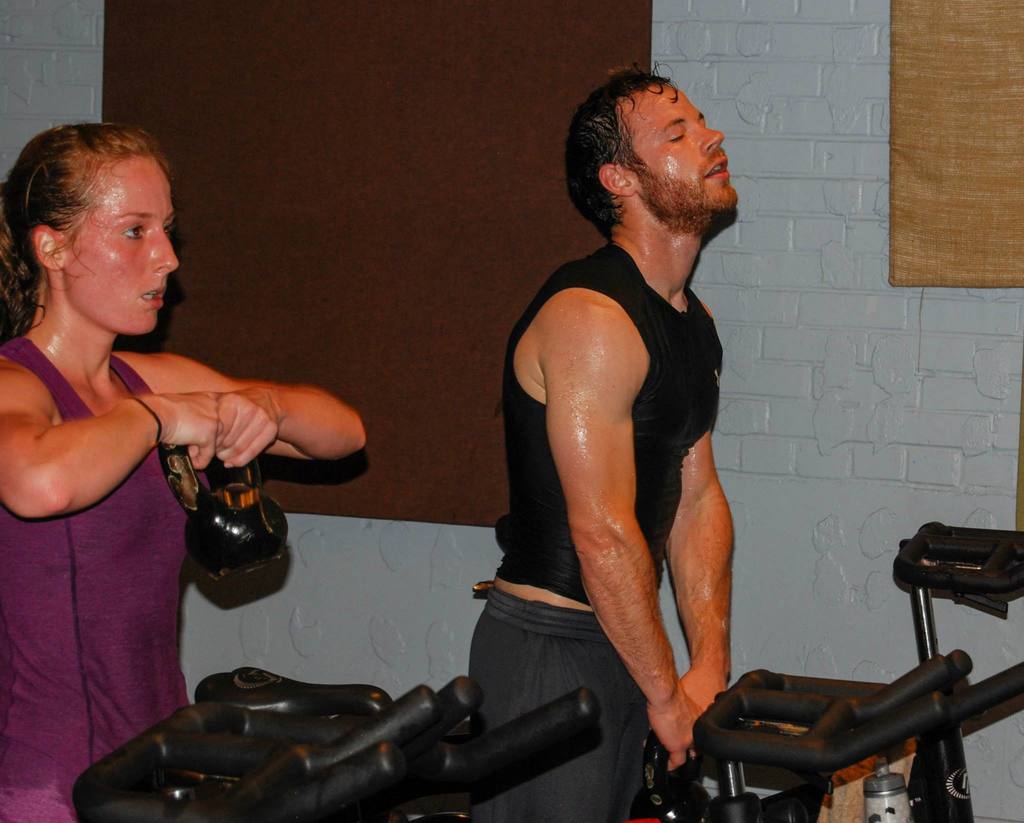 I recently had my proverbial ass handed to me.

Maybe I should have seen it coming. “Hey, Jodilyn, I want you to come take this new HELLth class at Qi: 90 minutes of the most punishment you will have ever had, promise.” Gee, ya think something in there would have clued me in?

Nah, I’m tough. I work out almost every day and have been known to occasionally reduce macho meatheads to whiny little girls in the weightroom. I’m in.

New development: I became that whiny, little girl. In fact, I totally wimped out after about 50 minutes.

Here’s how it all went down:

I arrive just before 7 a.m. on a beautiful Sunday morning, open to whatever lay ahead. I am met by Master Sadist, Chris Lindley. He has a glint in his eye that makes me a little weary, but I shrug off my apprehension as he cheerfully explains the day’s class, which will last approximately 1 hour and 45 minutes. We will work both on the Real Ryders bike and off (this part is still yet to be determined).

Class is full; in fact, Chris tells me there have been actual fights among students if too many people show up and there aren’t enough bikes to go around. This, he explains, is why his popular HELLth class is so rapidly expanding.  I set my bike up to my specifications, introduce myself to my super-friendly neighbors, and hop on.

Chris announces today’s game plan. First hour, on the bike. If you get caught “cheating” or slacking, you will be called off the bike to perform 50 step-ups onto a wooden bench and 50 push-ups (knees not allowed). Ahh, I think, this part will be my break. I can do push-ups in my sleep. He then suggests with a grin where we can find extra towels and directs us outside if we need to puke. Suddenly the music jams out from the speakers and we are off. 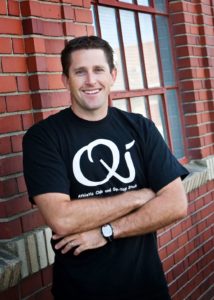 Pure madness ensues. We are standing on the bike, turning to the left, turning to the right, working our upper bodies and balance to the max- all the while pedaling with fury. Not only does Chris remind us of our mere mortal status by out-performing everyone, he’s doing it with a smile on his face. Seriously, I think, I’m going to start having what he’s having for breakfast. Students begin to get called out. One by one they carry out their punishment. Roughly 40 minutes in, Chris calls out, “Jodilyn, get off the bike.” I’m thrilled, of course, relishing in the fact that not only will I now have the opportunity to wipe the epic sweat from my body, but I can now do what I’m good at. Or so I thought.

I hadn’t exactly prepared myself for the feeling of absolute muscle fatigue going into this phase. It took everything I had to get up on that step. Okay, time for push-ups- my fave (not kidding). I decided that a bit of fresh air would help, so I went outside to finish. A fellow class member had apparently beat me to it, but instead of pushing up he was throwing up – right off the edge of the sidewalk.

By this point I am spent. Nothing was going to get me back on that bike. Instead, I decide to take notes – determined not to forget any details from my experience.

Chris instructs everyone to get off their bike and get a mat. More push-ups. Crunches. Planks. “I want everyone to be in extraordinary pain,” he bellows as his students happily concede.  Ten minutes later he tells them to get back on their bikes, but they must first remove their seat.

That was my cue to leave. 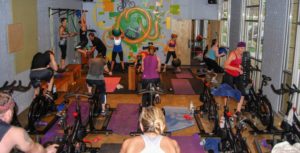 You know when trainers use hyperbole to overstate the intensity of their workouts, only to find yourself uninspired by their lack of follow-through? This was not one of those occasions. Chris Lindley is as straight-forward as they come, and HELLth is the most appropriate name for his class.

I had an amazing (if humbling) workout that day, and to those who stayed on and keep coming back, I salute you.