From 1996 To Present, Dressy Bessy Does Things Differently

A rickety rental minivan raced down Sunset Boulevard, carrying members of Dressy Bessy to their show at The Viper Room. Piling out of the van, the band broke through the matte black door to reveal a sea of people. Courtney Love, Steve Jones, Slash, Rick Rubin and Seymour Stein — this wasn’t just any crowd. The band’s jaws fell to the floor and their hearts accelerated with excitement. They were ready to put on the show of their life and nothing was stopping them.

From backstage, the familiar faces in the crowd were concealed by a sweeping curtain. Dressy Bessy was ushered on by way of the act before them, that being Bijou Phillips as it were, exiting the stage. The members set up their gear and took a few deep breaths in anticipation of what was to come next. As the curtains tore open, a desolate scene was revealed.

“I just started laughing, I fell to my knees. It was just this sort of rude reality and I was like, okay I get it… It was hilarious we were cracking up,” recalled Tammy Ealom, lead singer and guitarist for Dressy Bessy. As Tammy went on to explain, the entire crowd of high-profile celebrities was there to see Bijou Phillips perform, and followed her to the ensuing exclusive afterparty, leaving Dressy Bessy to perform to a significantly pared-down crowd. Despite the change in events, Dressy Bessy stayed true to their goal of rising to the occasion, putting their all into the performance despite the crowd of only a few fans. “That was the moment I was like, no more expectations, no more. You go in and if it’s three people, if it’s three thousand, if it’s 30 thousand, you give them everything you’ve got, the same intensity.” 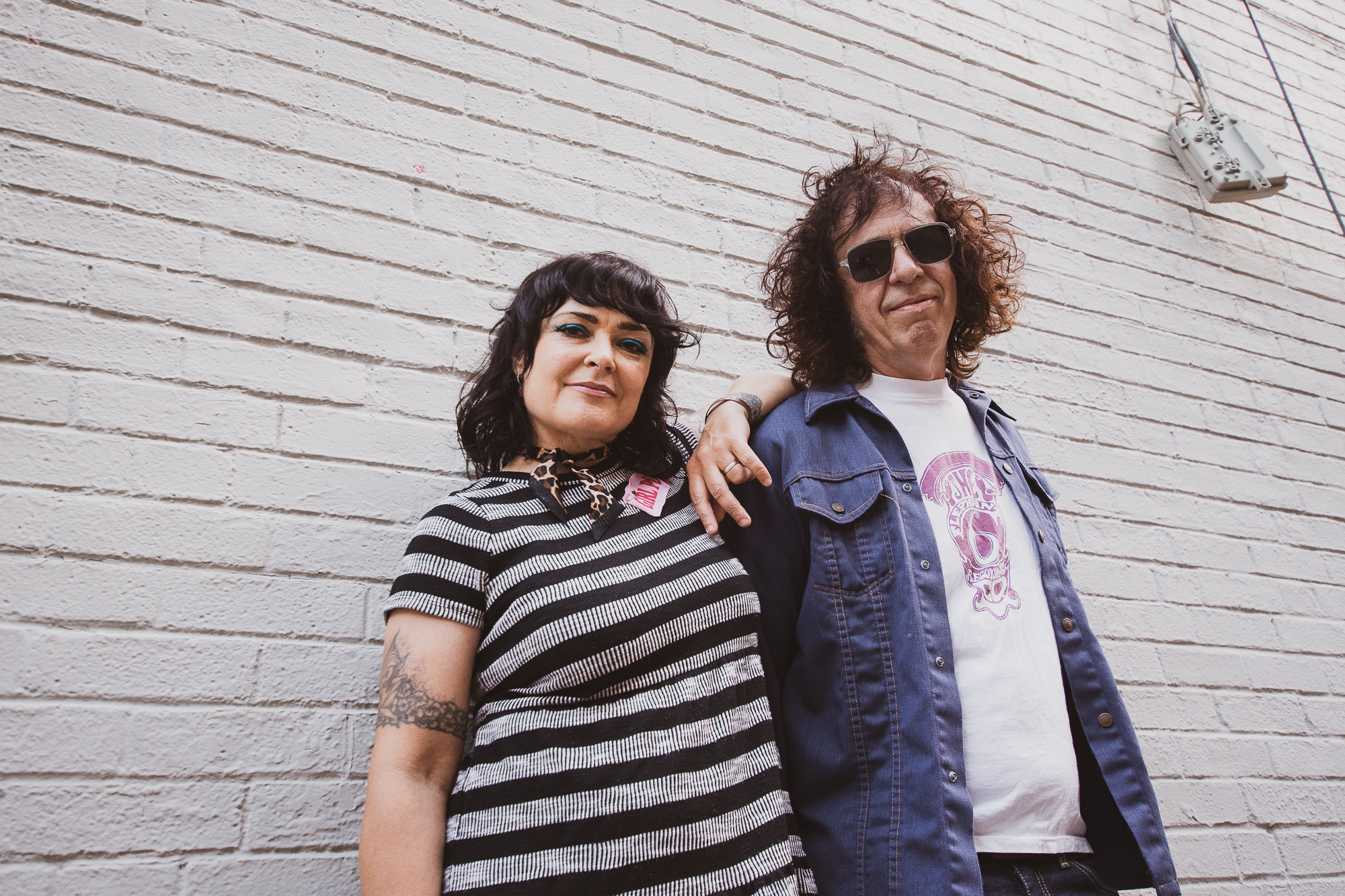 From that point on, more than ever, Dressy Bessy was dedicated to their music in a way that looks past any external markers of success. Since the band’s formation in 1997, they have been fueled by a deep passion for their music, pushing them to continually strive for better, more exciting things in each release and live performance.

“Success is relative — we’ve done so many things that we wouldn’t trade anything for,” guitarist John Hill said. Dressy Bessy has released eight albums, with two of their songs off of their first album “Pink Hearts, Yellow Moons” having been featured in the 1999 cult classic But I’m a Cheerleader. The band has also completed countless tours and made a few television appearances in the past 25 years of their existence. With many musical feats under their belts, they aren’t ready to stop yet.

“I won’t let myself look back yet,” Ealom said. “I haven’t relished in any of our past stuff because I’m a move-forward person. This year I’ve written some of the best songs I’ve ever written in my life so to me that’s success. Just the fact that I have something to say in my music, that’s success. We’re lifers, we’re not doing it to get fame or to be popular, we’re doing our thing and the fact that it touches people, or inspires people is a bonus.” 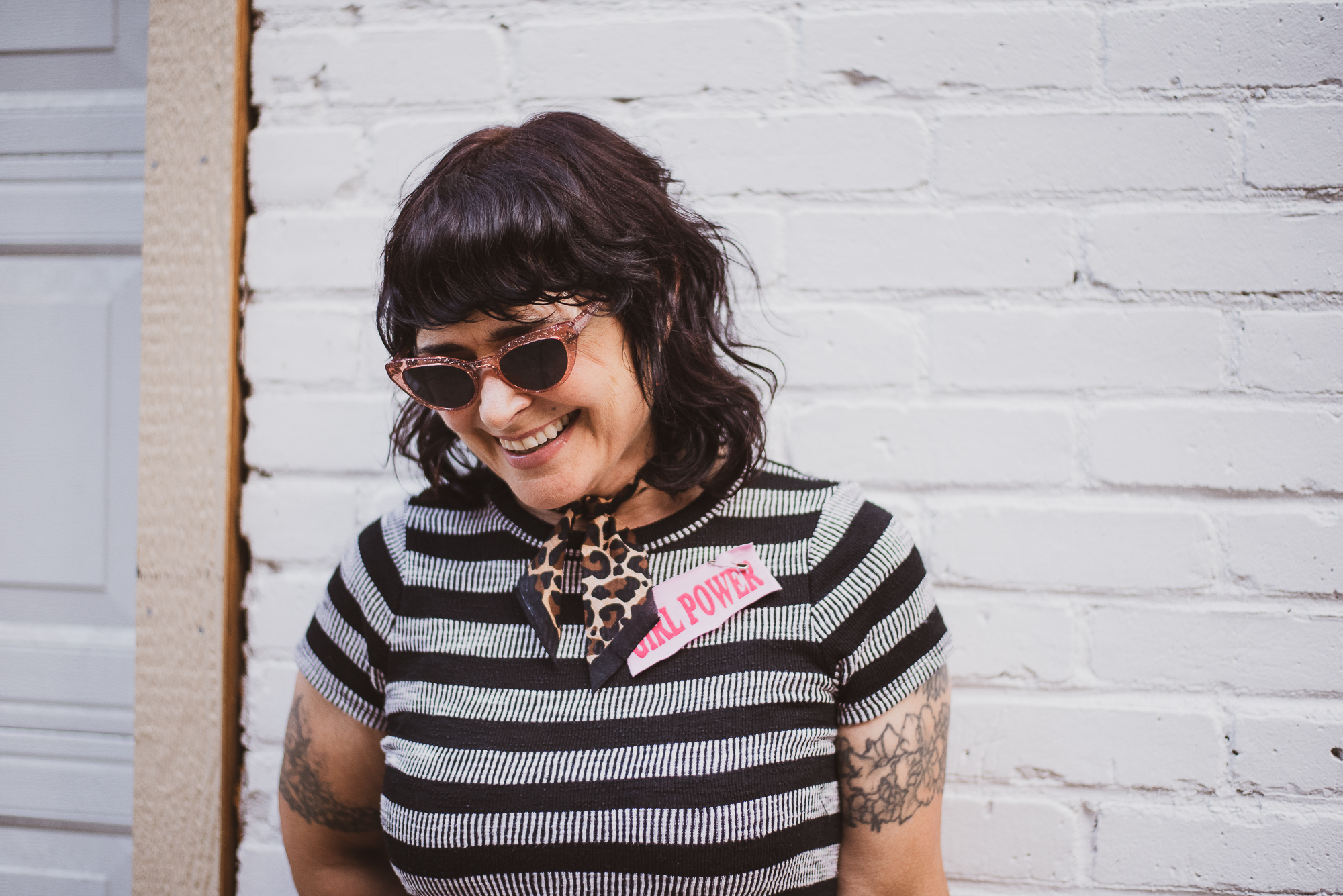 Jumping into the music industry at an age that’s “old” for today’s standards, both Ealom and Hill weren’t serious about a career in music until their late 20s. When the couple met in 1995 and soon after began dating, Hill was playing in the band Apples in Stereo. Before going on tour, he bought Ealom a guitar and showed her a few chords. “He came back and I had like 20 songs demoed,” Ealom said. The two ventured after their separate music careers for some time, playing in different bands around Denver, until Ealom happened to stumble upon two talented musicians eager to start a band.

While Ealom was working a photography job in the Springs, “I met our drummer. He came in for a photo shoot — he and our friend Rob who ended up being our bass player were traveling to Colorado Springs to visit a friend who lived there, and their van broke down,” Ealom said. “We met up to play, and this guy Rob answered the door and he had a bass strapped on his body… he came built-in and it worked.” 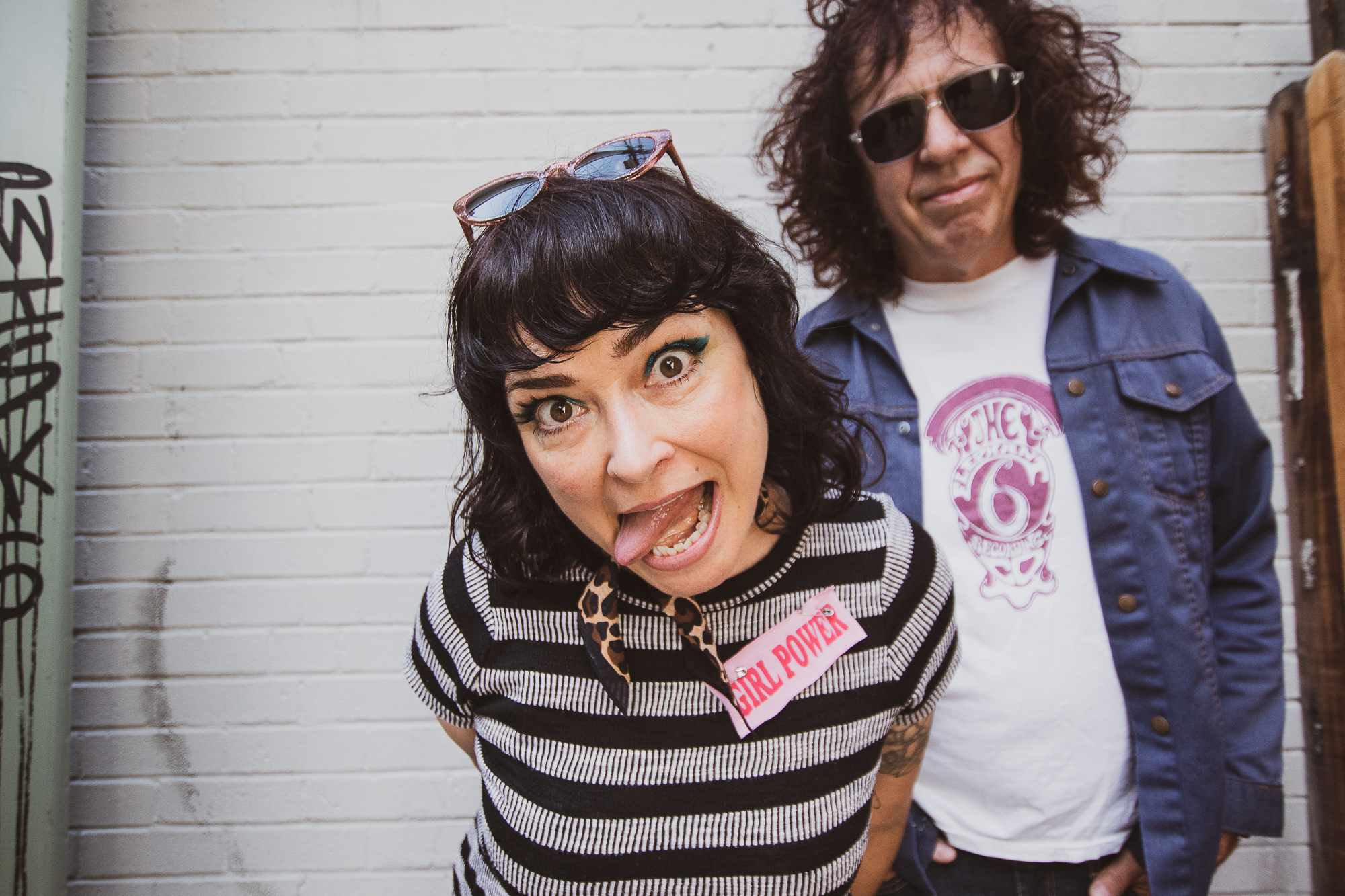 The road map to Dressy Bessy was quickly unraveling, with Ealom’s songs demoed, a bass player and a drummer lined up. While trying out different guitar players — the final piece to the puzzle — Hill stepped up, voicing his interest in playing in the band. “The rest is history,” Ealom said. The lineup for the band was complete (later being joined by the current drummer Craig Gilbert) and with a shared passion for creating music, Dressy Bessy was well on its way to becoming Denver’s musical hometown hero.

From their debut album Pink Hearts, Yellow Moons, characterized by lush vintage instrumentation and angelic alternative vocals, to their latest record Fast Faster Disaster, which delivers vocals with an experimental edge and glimmers of distortion, Dressy Bessy is continually altering their sound, proving their timelessness and dedication with each release.

Ealom and Hill noted that with each album they aim to express themselves with authenticity, exploring sounds and styles that interest them at the time. The honesty that shines through in their music is also on display in their lyrics. “In the past, a song would come about if I was pissed about something I would sit down, get my aggression out through songs and no one would know. They’d think it’s this sweet, beautiful song but it’s a real fuck you to somebody,” she said. “Now it’s still kind of the same but I’m less pissed off at people I guess, so it’s a little more societal anger. And it’s a way for me to work out turmoil.” 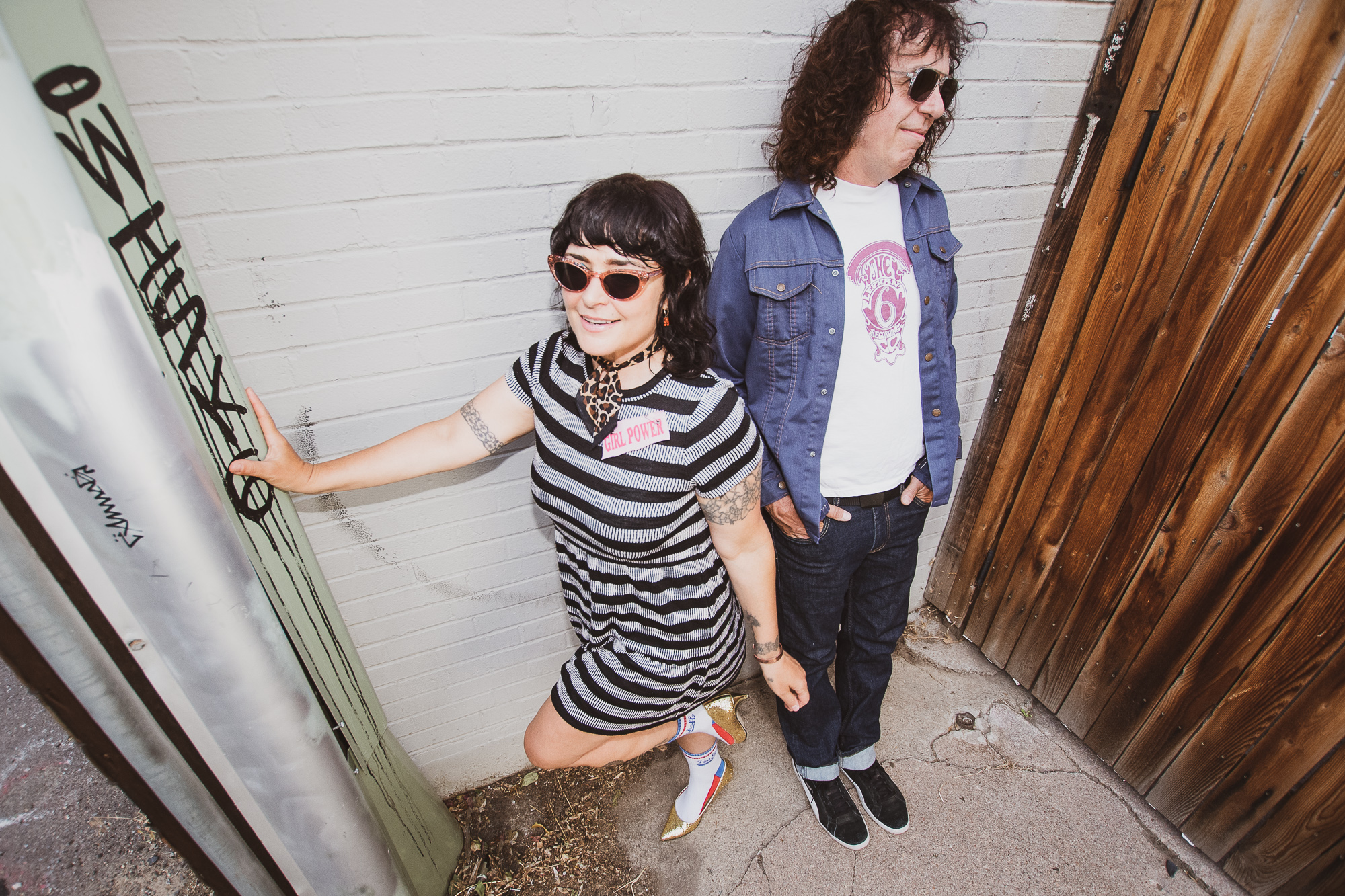 There aren’t enough fingers and toes on any living person to count the number of ’90s bands that have fallen since the height of their fame. Dressy Bessy’s longevity is an anomaly in the music scene. As Ealom describes the work her band does in the industry, “There’s an addictive quality. It’s physical and mental, you’re either into it or not, and we’re addicted to that.”

Dressy Bessy is still in full swing, writing and performing in Denver and beyond. Catch them at the Down In Denver Fest at Larimer Lounge on August 21.