Forget what you thought you knew about Guns N’ Roses. Forget the breakup and the subsequent bastardized version of the band that continued touring with Axl Rose as the sole original member. Forget the diva antics of Rose, the chronic lateness and early exits that became staples at shows, threatening to overshadow the legacy of the band in the process. Don’t forget, however, the band at its core is one of the best hard-rock bands to ever exist. 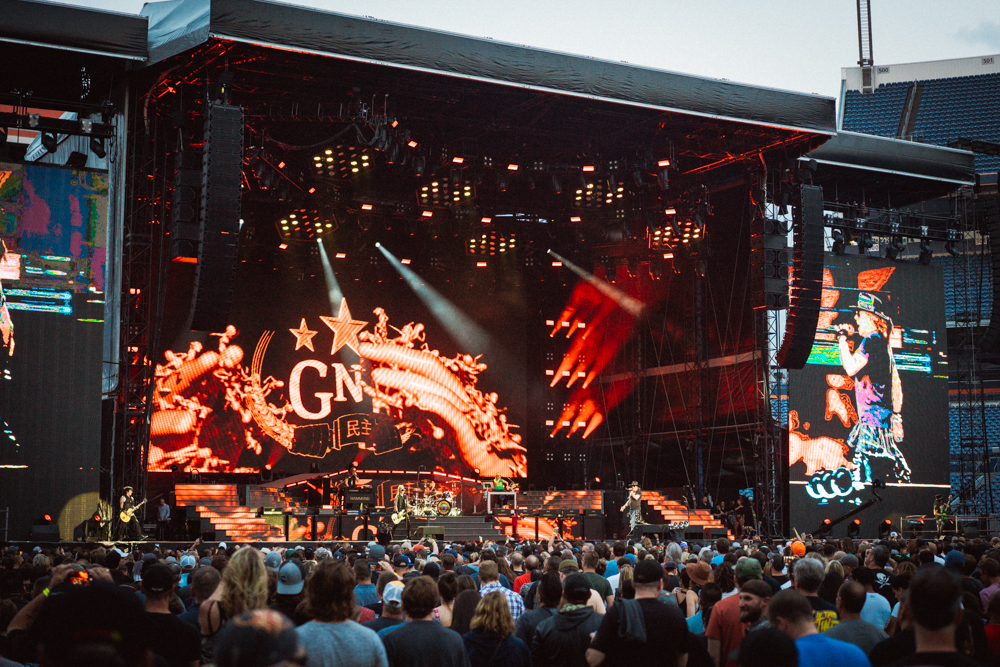 Late in 2015, as rumors circulated that a reunited Guns N’ Roses would headline the 2016 Coachella Music and Arts Festival, many thought they’d never see the day. Although the eventual reunion lineup was without rhythm guitarist Izzy Stradlin and drummer Steven Adler, having the core of Duff McKagan, Rose and Slash was one hell of a consolation prize. Considering Rose and Slash hadn’t performed together in 20 years, this reunion, though partial, was a big one. Wednesday night at Sports Authority Field, as the Not In This Lifetime Tour headed to Denver, the best iteration of Guns N’ Roses in years brought down the house, relishing in their appetite for destruction.

Tens of thousands of people streamed into Sports Authority Field wearing various homages to Guns N’ Roses. Whether it was donning Slash’s signature hat and majestic curls or Rose’s headband and flannel wrapped haphazardly around their waist, people had come in style to finally see a proper Guns N’ Roses performance. As everyone settled into seats and the opening riff of “It’s So Easy” rang through the stadium, the cheers alone seemed to drown out the music. Off the bat, there was an undeniable chemistry and common ground, albeit rekindled, that permeated the performance – the audience was ravenous. 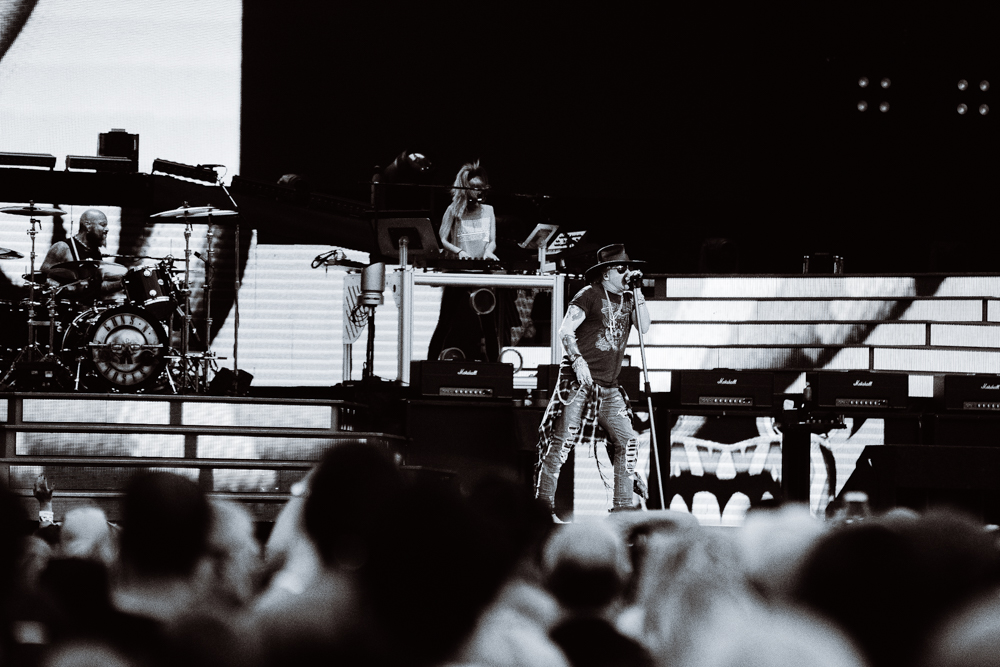 All in the name of nostalgia, it was only fitting that Guns N’ Roses performed a setlist heavy off of their debut album Appetite For Destruction which celebrated its 30th anniversary two weeks ago. Through the menagerie of well-known songs, Rose’s voice never missed a beat, seamlessly juxtaposed against the brash and overwhelming talent of Slash’s famed prowess on guitar. Hits like “Sweet Child O’ Mine” and their iconic cover of Bob Dylan’s “Knockin’ on Heaven’s Door” were grandiose reminders that there may never be a better pair in rock music. Likewise, the inclusion of slow burners “November Rain” and “Don’t Cry” punctuated their ability to show reserve amidst their more anthemic fare without dragging down the performance.

Not to undermine McKagan and the rest of the band, but at no point did the show become antiquated. Every single song they performed sounded resilient and hungry. In fact, the notion of some bands sprinkling their setlist with musical aperitifs was completely lost on Guns N’ Roses who raged through every song with characteristic fury. The guitar solos were explosive, the wails of Axl cut like a hot knife through butter and McKagan’s steady bass work bound it all together. 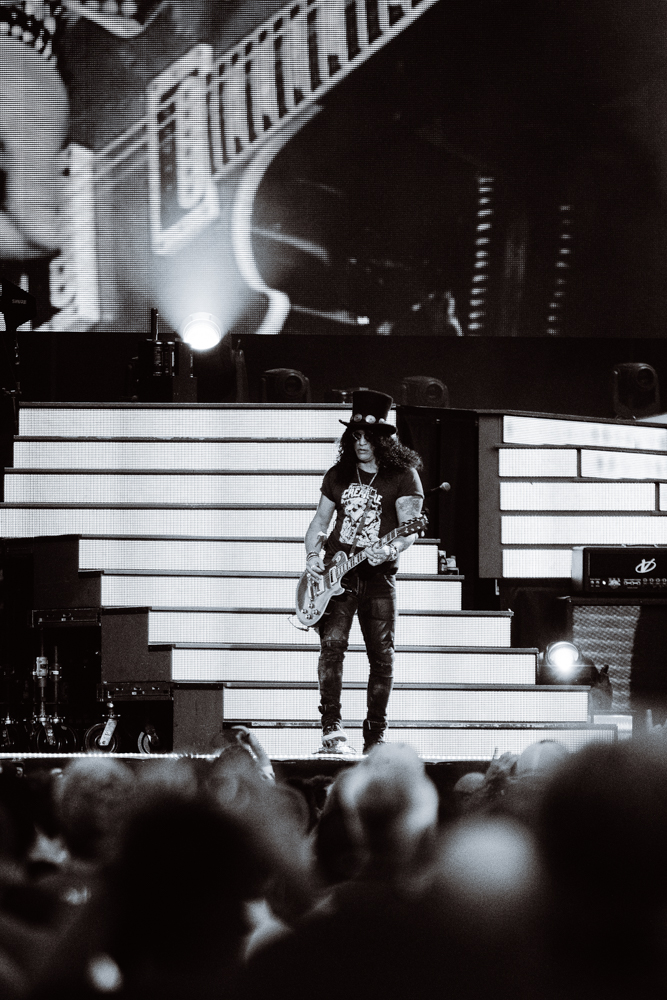 A particularly sentimental moment came near the tail end of the performance as the band covered Soundgarden’s “Black Hole Sun” – an ode to the late Chris Cornell. Without any introduction, Guns N’ Roses took to the inevitable sing along with delicacy and humility. The moment served as a subtle notion of what the Not In This Lifetime Tour meant to the band. Life is too short to be caught in the pitfalls of resting too high on one’s laurels and forgetting how one got those laurels in the first place.

Many passionate fans never had the opportunity to see the reunion of Rose and Slash in their lifetime and many gave up hope that it’d ever come to fruition. Considering the fact that 30 years after their debut album, Guns N’ Roses came back together in such a fashion speaks volumes to the honor of their legacy and the fans that upheld it over the years. While the transgressions of the band may be hard to forget, the songs and the legacy of the band are harder. Perhaps that’s what made Guns N’ Rose’s performance a success – they just needed a reminder.