Mac DeMarco is the quintessential indie icon known for his out-there and mostly drunken stage presence. While it’s been a few years since he’s mooned the crowd or fallen from stage rafters, devout fans showed out at Mission Ballroom Tuesday night to witness the rowdy and nostalgic final show of his U.S. tour.

The night was filled with wide-mouthed grins, soft lyrical sing-alongs and no shortage of crude jokes. To kick off this reminiscent memorial, the very young and very accomplished openers, Domi and JD Beck, unassumingly stepped up to their respective instruments onstage. Domi, outfitted in a vintage ski suit, pigtails and neon green lipstick sat behind the keys and called out to the audience, “Shut up… just kidding,” she said in her thick French accent. In response, JD Beck on drums admitted, “We haven’t played a show in a long time.” The two cut their performance teeth alongside artists and mentors Kamasi Washington, Earl Sweatshirt and Anderson .Paak. The duo proceeded to blitz the crowd with their signature jam jazz energy reminiscent of that from ‘20s jazz clubs in New York. They went a step further and proved their mastery by ripping John Coltrane’s incredibly technical jazz standard “Giant Steps.” 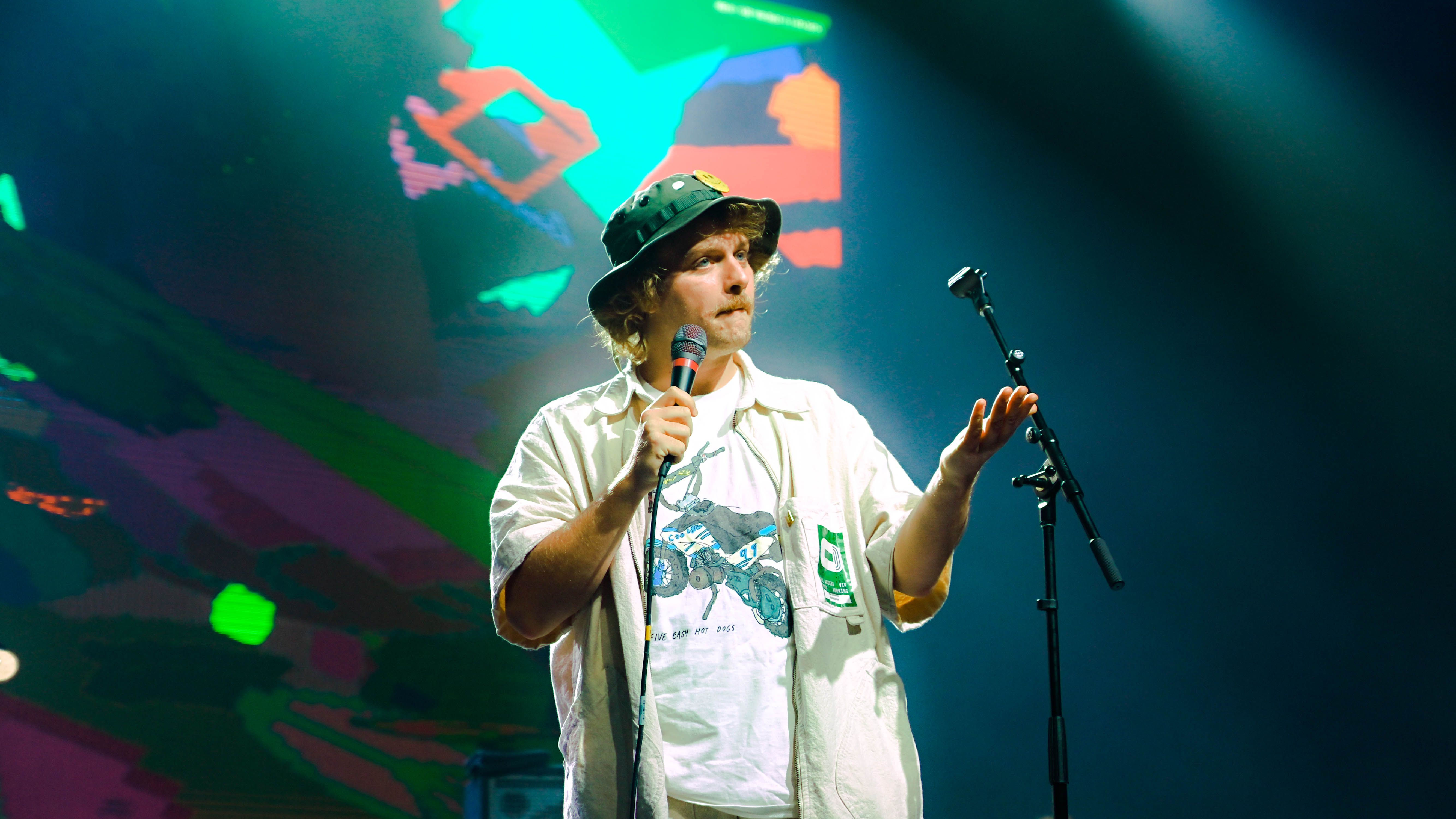 As they set the tone for the imminent reverie, Domi announced, “for the next one we have a special guest — its Dwayne ‘The Rock’ Johnson.” The crowd paused in anticipation, waiting for the stout silhouette of the Rock to emerge. However, they were met with something better — that of the gangly Mac DeMarco. “Can you smell what the Rock is cooking?” he screeched. He bounded on stage to sing an original track by the duo, reading the lyrics from a sheet of crumbled-up paper. He then scampered off stage, leaving the duo to round out the spell they were casting over the audience. 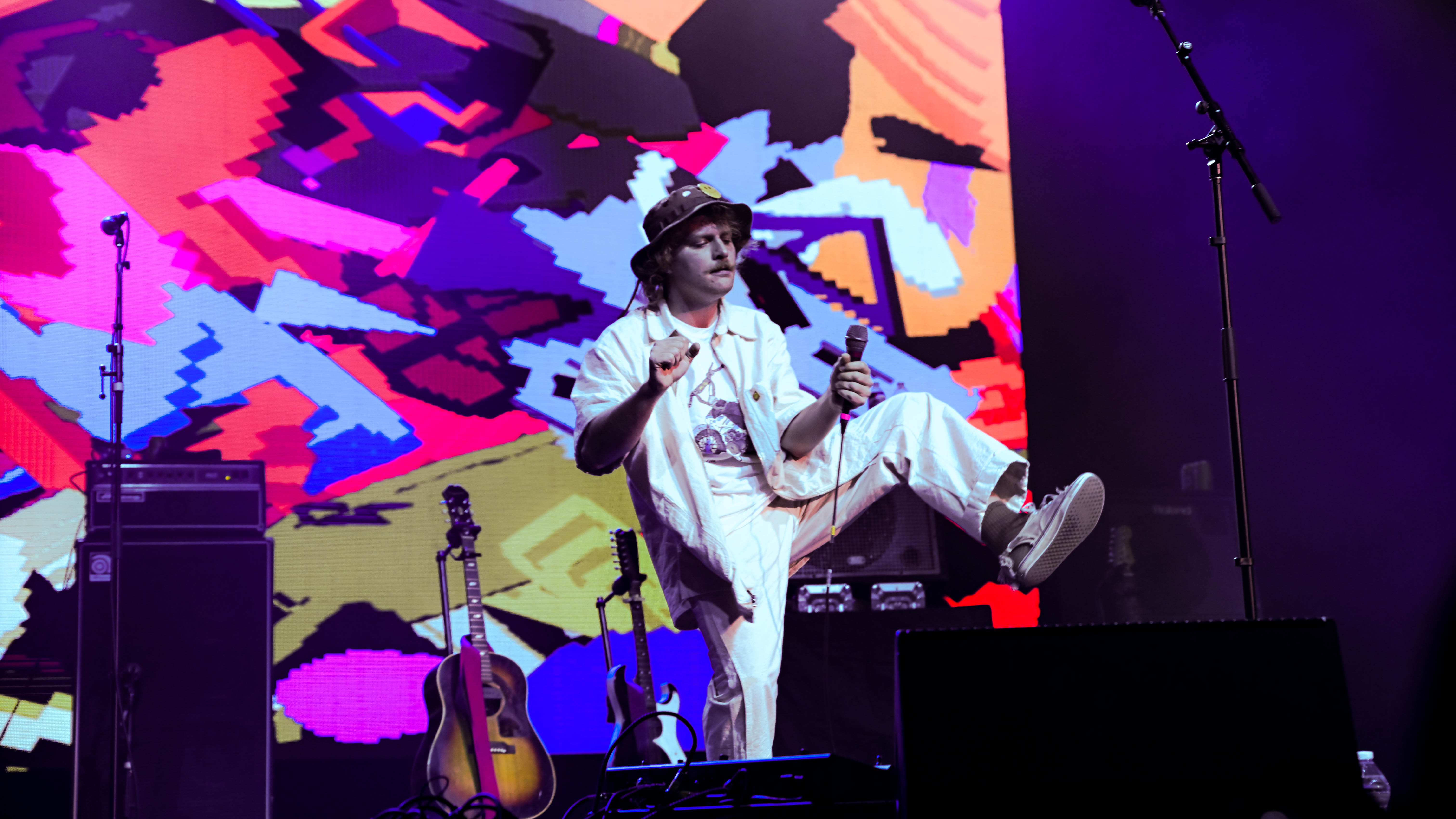 After what felt like a lifetime of anticipation, Mac DeMarco bounded back on stage to an eager crowd. He began his set with “On the Level” from 2017’s This Old Dog. Acting as a catalyst, the track prepared the crowd for a trip down memory lane. He offered up a tasting menu of his entire discography from the last 10 years, expertly creating a space for audience members to retreat to some of their most joyous memories.

The time travel continued with the playful track “Stars Keep Calling My Name” off his 2012 sophomore album. It was apparent DeMarco’s years of touring have refined his entertainment muscles, as exemplified through his delightful song arrangement. He sprinkled breaks in to regale the crowd with memories of touring in his 2009 Toyota Camry. 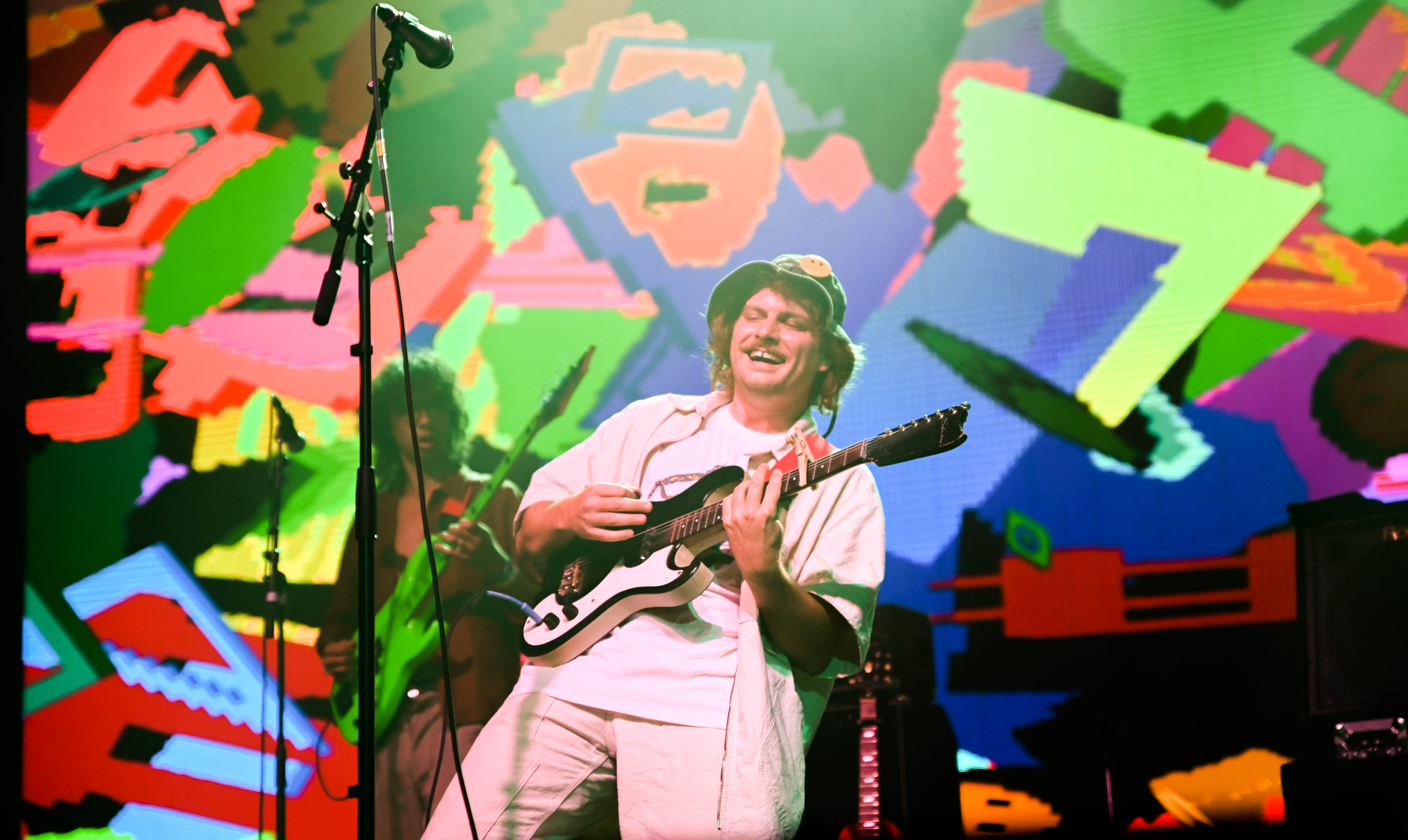 DeMarco later sent the audience into a frenzy with “Nobody” from Here Comes the Cowboy. Deftly floating through each note, the crowd raised their flashlights, cultivating a tender sense of camaraderie. People joined together in a cathartic chorus to call back “This Old Dog,” sung by all as he shouted at the crowd, “This time, at the top of your lungs motherfuckas.” After, DeMarco requested everyone drop to the ground. The audience followed suit, and all fell silent with intermittent breaks of laughter bubbling around. A soft, blanketed trance fell over the crowd. Then, while remarkably quickly, they rose to their feet for the rowdy track “Freaking Out the Neighborhood.” The crowd bounced and cheered with excitement. No smile faltered for the entirety of the song, even with DeMarco snapping his E string — to which, he simply said “fuck it.” 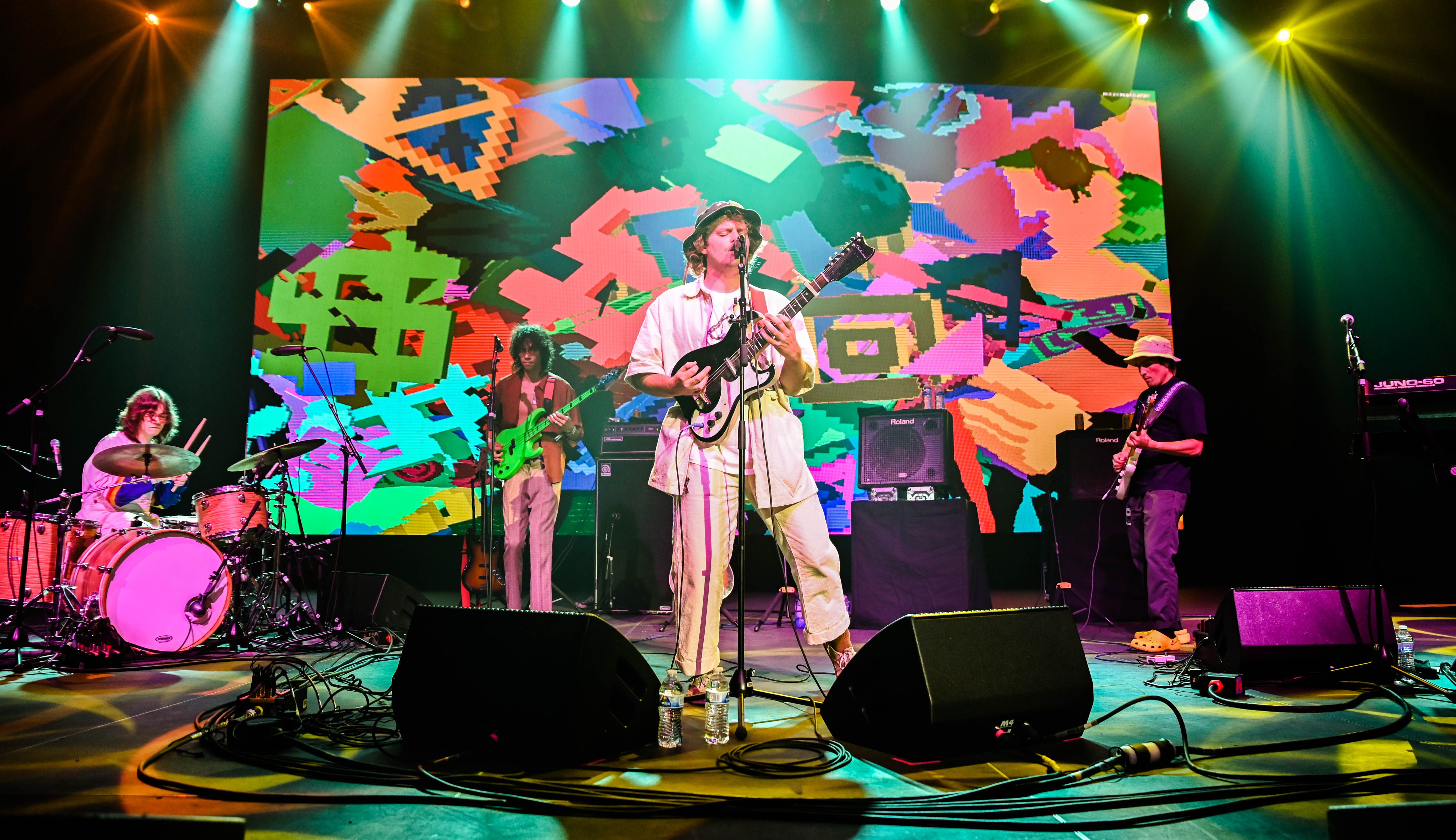 It was clear the crowd came with the expectation of the tried and true Mac DeMarco experience and left with the same happy-go-lucky energy they felt the first time hearing his 2012 debut record. He left the stage affirming the idea that he will always be everyone’s pal, saying “real recognize real.”