Is a song ever perfectly mixed and mastered? We’ve all heard a record and, in the track’s waning seconds thought, “This is it — flawless.” This is probably the case for most of the music we choose to consume. It all sounds great to us. Audio engineering isn’t something we typically pay attention to, and yet it’s what keeps a song functional. It’s not the bone shaft that we see on posters in science class, it’s the nerves and cords bundled inside, running tightly from top to bottom. Audio engineering is the Lattice truss bridge of music production. Before anyone feels compelled to ask what a Lattice truss bridge is, let’s revisit the opening question, and ask it to someone who is intensely familiar with those two words, “mix” and “master.”

“There’s a specific region in the middle-east that makes these really high-quality Persian rugs. Large complex designs woven by the hands of wildly skilled rug-makers. Before they’re done, they always intentionally add a flaw into the pattern. That’s the human aspect — we’re all inevitably flawed. The same goes for the art we make. Is it possible to attain perfection in audio production? No, but that’s what makes it perfect.”

This response feels pre-rehearsed, even though it’s most definitely not. It comes from the mouth of Stevie Buggz. He’s a producer staple in the Mile High City, working with just about every rapper you are familiar with in the local scene. As the creator of Bright Future Media, he has a home base to work hand-in-hand with the genre in question. The road to this point, however, has proved long and winding. 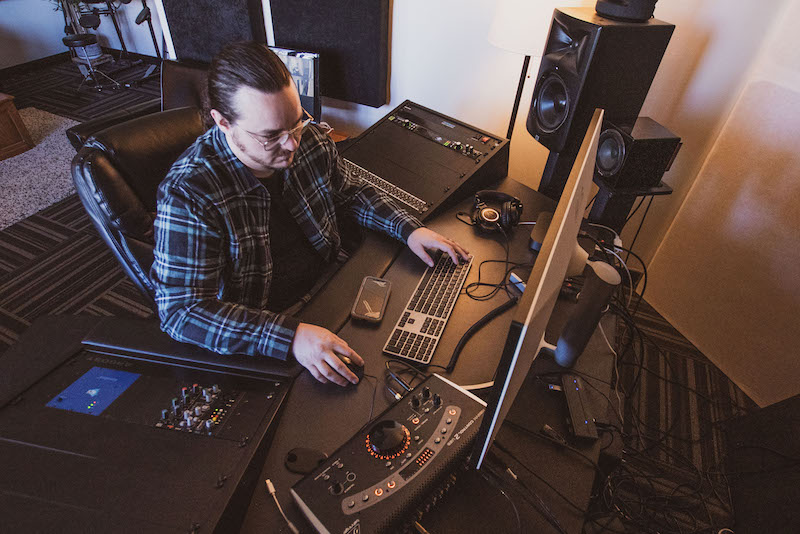 “I got started in production through trying to be an artist myself. You know, just rapping in middle school and having a huge passion for music. I was recording some stuff here and there, and saving up at my first job at Taco Bell. It got to the point where I was able to put together a studio at home and record my own work.” It was there that Buggz would begin honing the art of collaboration. “I was the guy with the studio. I’d record my friends. One thing I can say for certain is that it’s been a learning process since the very beginning.”

Thus a gradual ascent was sparked. Slowly, but surely, Buggz mapped his approach to a career in music. Like all great aspirations, potholes and dead ends were destined to appear in the process. “There were times where I took extended breaks. Right around the time I turned 23, however, is when I truly began taking things seriously. I scored an internship at a recording studio, started as an intern, and over the course of four years, I worked my way into the role of studio manager.” 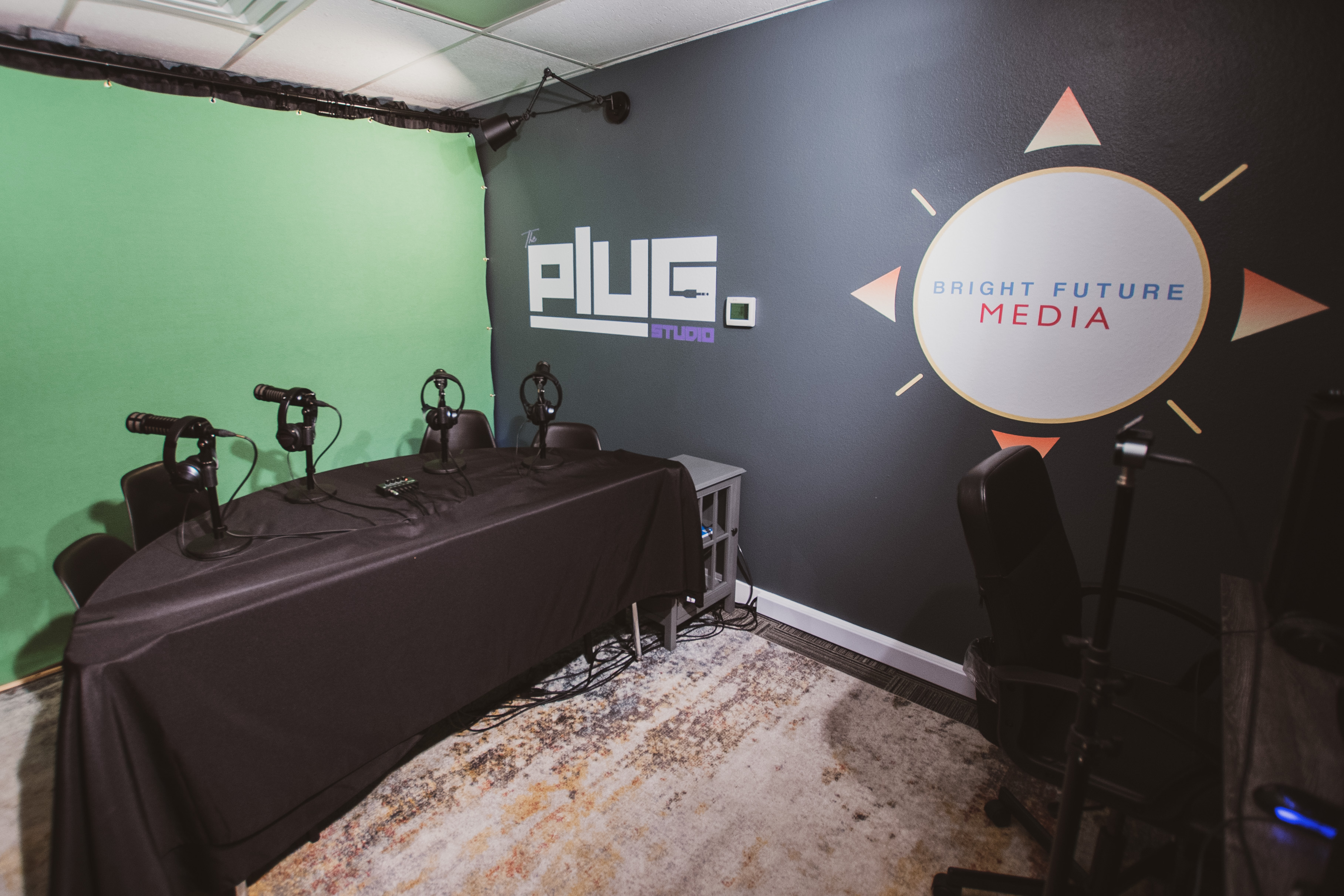 Under that title, Buggz observed and absorbed his surroundings. The studio was his home. It was at the end of his tenure that Buggz knew he was a professional audio engineer. With that title under his belt, the producer embraced trial-and-error. His first studio — a collaborative venture didn’t pan out — back to the drawing board he went. Buggz went back to work doing landscaping, saving up more capital, with a new plan in mind. This was his dream, and his alone.

“I was tired of putting my heart into everything, then having it fail for other people’s reasons. The second time around, I made sure that my success or failure was based on my own terms. I took a chance, and that’s how Bright Future Media was born.”

Since its inception, Bright Future Media has become a sort of hub for Denver artists. He works primarily with rappers and other producers from Colorado — most notably his team — Chris “Wic” Jones, Trevor “DeColo” Milton and Bradlie “Jelie” Jones. These are the parts that make Bright Future Media whole, and Buggz makes it clear to me how important it is to have them by his side. All things considered, this is far from your standard operation. In a world dominated by all things streaming, Buggz has turned his once “standard” music studio into an all-encompassing home for anything that can be uploaded as a sound/video file. 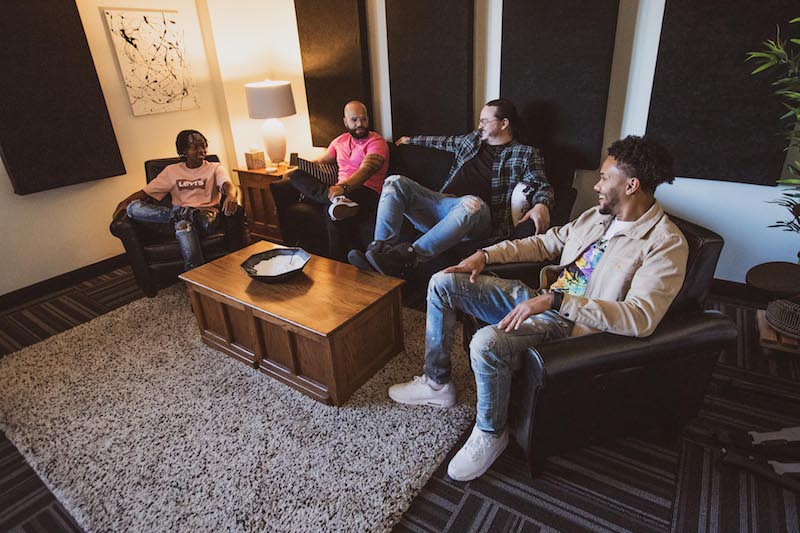 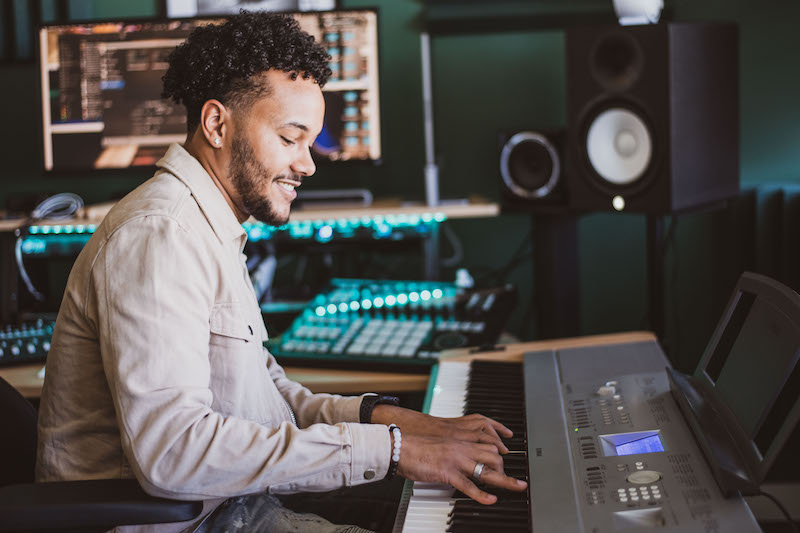 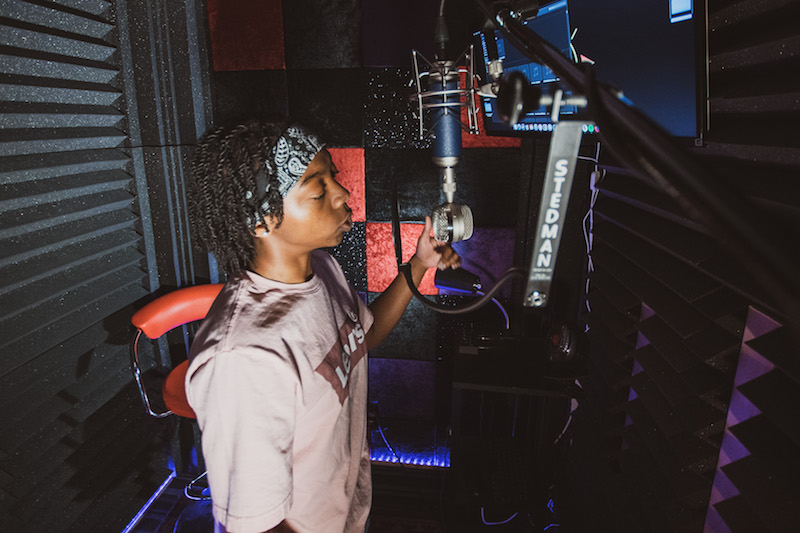 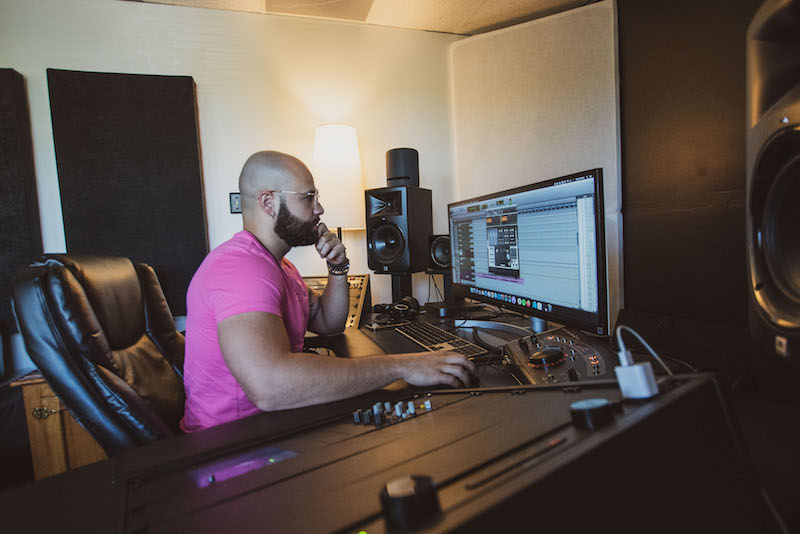 “As you might know, the in-house recording industry is notably on the decline. Even though that’s what I consider my bread and butter, I wanted to make sure we were planning for the future. Something bigger than just a music recording studio. We’ve jumped into the podcasting and live-streaming space pretty heavily. It’s a team effort between us and two groups — Leonard “Graffiti” Johnson and Julius Hinton over at The Plug Agency and Studio are our partners for podcasting, and The Session HD is our partner for streaming live events. It’s the future of entertainment. Combining those things with music recording all in one space is what puts us on that next level.”

Buggz’s willingness to accept multiple lanes of audio production is just one of many reasons why Bright Future Media is quickly becoming a hotspot for rappers, streamers and digital entertainers from all backgrounds.

“I’m not just a guy with a whole lot of money who just bought a ton of equipment and started his own studio. This was a passionate, slow process. I’ve got a deep background in audio. I remind myself every day that there’s more studying to do — that never stops. Watching bigger producers and observing their methods in any space — if I can pick up one thing from them, I’ve made myself a better engineer. 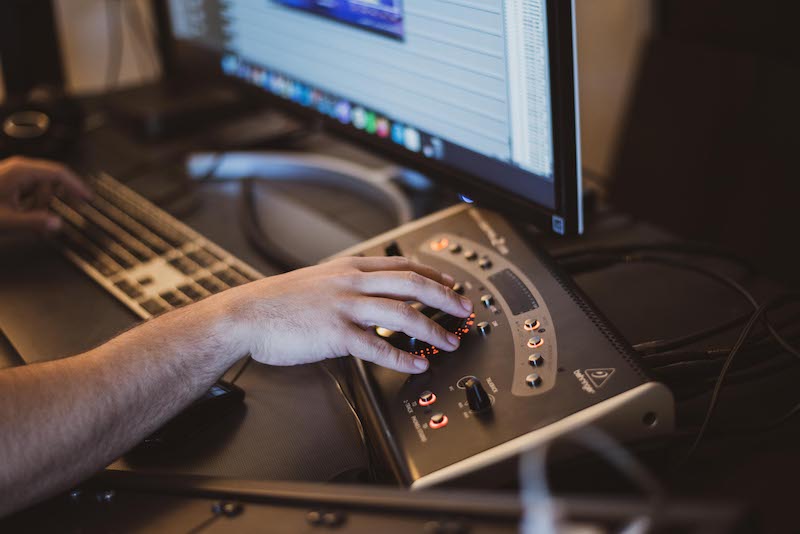 Rightfully so, he’s blunt and direct when asked where he thinks Bright Future Media fits in the landscape of studios around Denver. “We have the highest threshold of quality of any studio in Denver” he confidently exclaims. Based on his track record, overall experience, and that artist-producer connection, there’s very little reason to believe the contrary. That last point, in the grand scheme of things, is most impressive.

“So many studios abide by a “get in, get out” mentality. We build relationships here. We know when they’re doing shows, and oftentimes show up to support. There’s parts of the promotional side of their music that we aid in. Music videos, graphic design, anything. Our clients use us as a resource, and we really enjoy being involved.”

Buggz estimates that eighty percent of his clientele hails from Colorado and small pockets of Wyoming. He’s got musicians that come in from Alabama, Texas and South Carolina. On working with artists from bigger areas, Buggz says “yes, of course I’d love to.” Still, it’s made very clear the area of focus will always be on the city he calls home. He’s observed its evolution — Denver’s rap scene since in its early stages, where it’s gone and how it’s stood out.

“I think we have the most slept on talent of any city around. It stems from the fact that we don’t have a lot of resources — we all had to find ways to make our music better and better and better. Denver’s rap scene is a ball of talent. It’s a bubble that will eventually burst – I know it.” 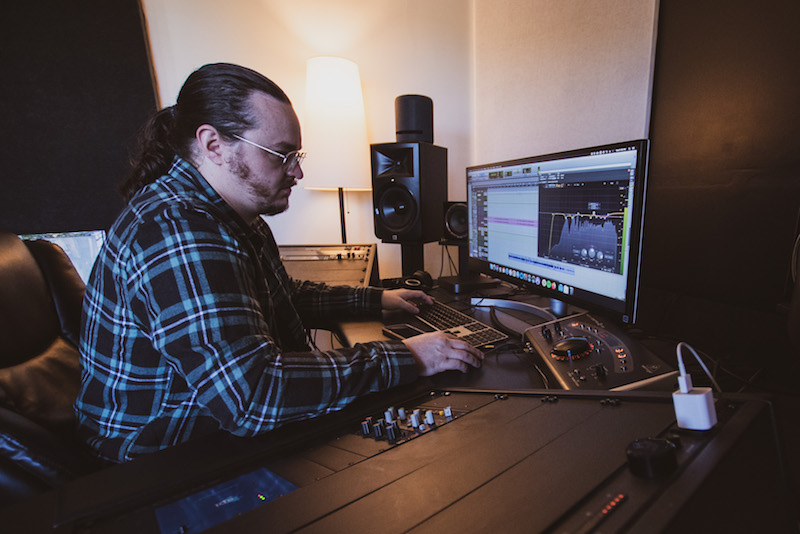 What roadblocks need to be cleared for that bubble to pop? Buggz has an answer. “From what I’ve seen, there’s a lot of contentedness going in and around the industry right now. We have to start moving at a professional level. Keeping that standard in everything we do. The artists that defy that will be the ones that break off from the pack.”

When he says everything, he means it. The tools that work for or against an artist’s genesis are not limited to strictly recording and releasing music. You cannot stop there — plain and simple. “It’s a total package,” says Buggz, “from their social media, to business decisions, being true to your brand, even minute things like SEO and selling tickets.” He could not be more correct — in the fast-moving, modern era of music, artists have no other choice but to attack their dreams from twenty different angles. Furthermore, Buggz sees a gaping hole financially.

“I think we need investors. People with big budgets that believe in the music being made. Putting money behind an artist locally — the right artist — would be really big for the entire scene. I know there’s money in this state. They just got to be willing to take that chance.”

Stevie Buggz is trying to tear down the conventional operations of an audio production studio, and he’s doing it right here, in a city where his relationships with local emcees are mutually kindred. His desire to be a catalyst in putting Denver rap on the map is blindingly clear and obvious. Bright Future Media is the vehicle, and will continue to be when the bubble pops. Not if, but when. 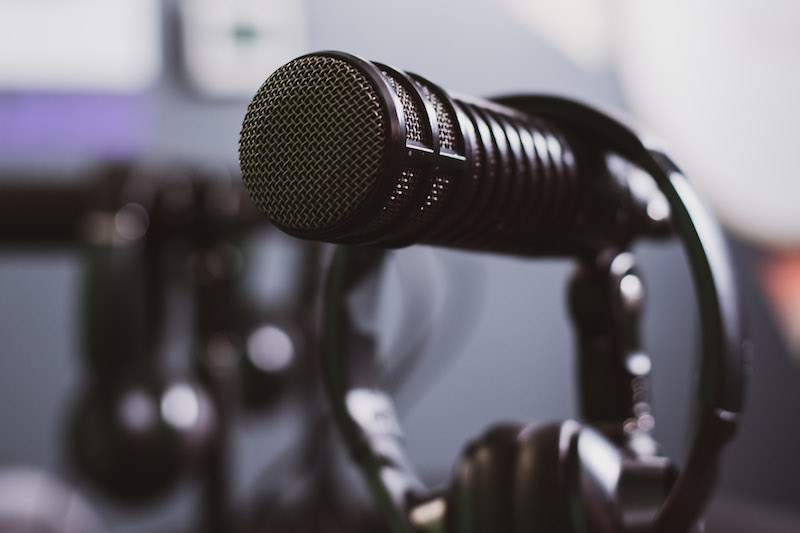