The music industry has often overlooked the backbone that goes into making an artist’s dreams a reality. This unsung hero is the music producer. Helping to construct and create the music from the demos that artists bring to them, producers go as far as to develop entire instrumental backings for their clients. When musicians have unfettered visions but untapped potential, it is the job of the music producer to step in and bring out the creative talent within. One of Denver’s finest maestros behind the scenes is Chris Jones, known to most as Wicjones.

Working both independently and at the Bright Future Media production studio, Jones is an adaptable producer who strives to be an asset in any recording session. He is an expert at breathing life into an artist’s music. More than wanting to see his beats soar on a track, he yearns to have an artist’s vision reach its full potential. This has culminated in collaborative efforts with hip-hop artists such as Pries, Jay Triiiple, and Chy Reco.

For all the work that Jones puts into the hip-hop world, the music that he creates pulls from many different genres. Songs off of his new Sweet 16 album, like “Dangerous,” have a clear funk styling that is not afraid to build upon itself with modern sensibilities. The beat pays its respects to the greats of the genre by being true to the original sounds of funk, and then builds up to a crunchy EDM crescendo before smartly bringing the song back around to its groovy beat. Trap and contemporary hip-hop are also both clear cornerstones of Jones’s production, as seen on songs like “Who Dat” and “Gutta.” Each track demonstrating how this producer is not here to overcomplicate his beats and bog them down with unneeded flair or fancy. 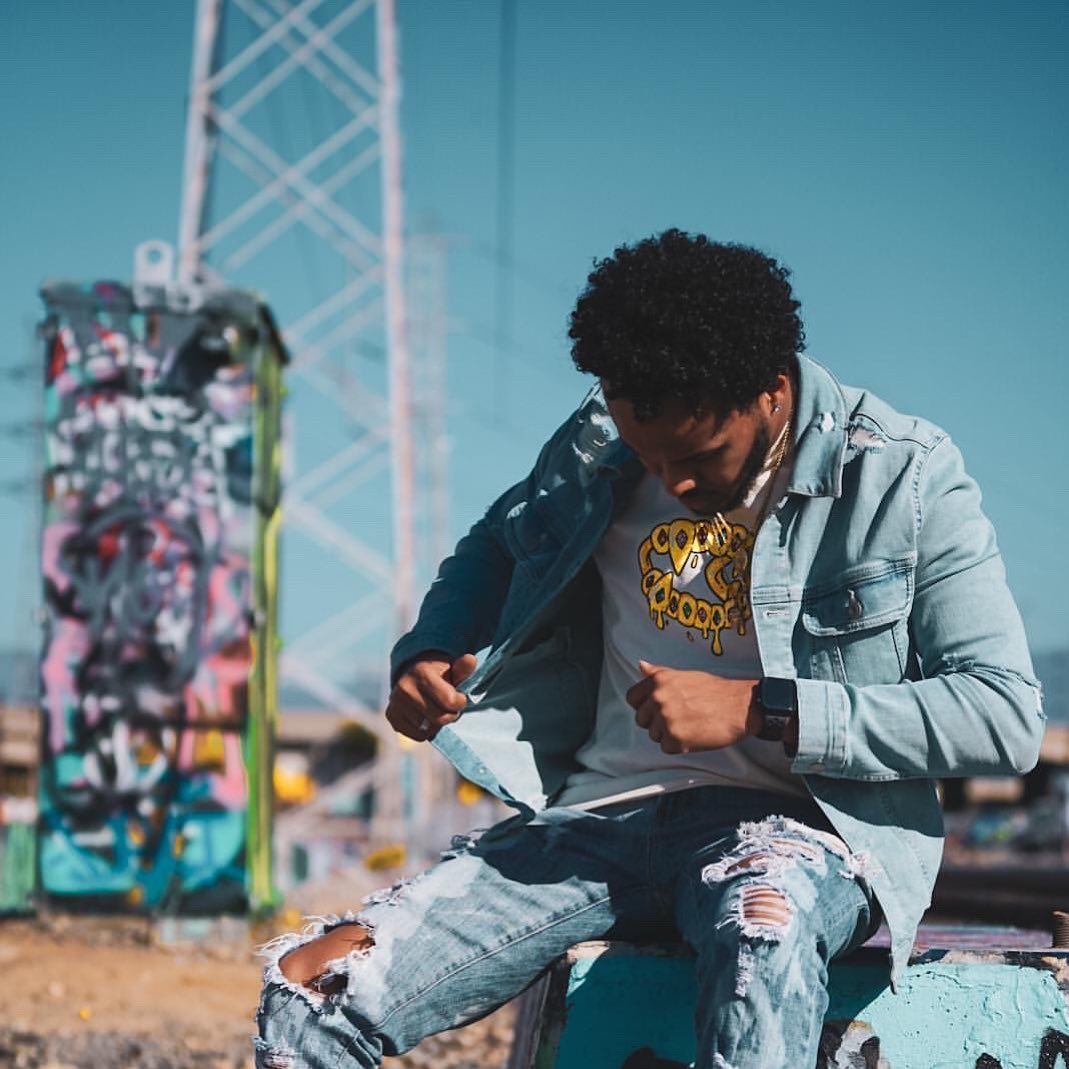 With Jones having a clear love for a plethora of musical stylings, one of the most exciting qualities of his work is how he makes all of them work on the same track and album. This ability hinges on his understanding of where music comes from and how it has arrived at its current form. Music is all a continuation with newer genres building upon older ones. Classic jazz piano chords have inspired the piano work we hear alongside rappers today just as stringed bass in blues music has led to contemporary R&B, with the genre’s full name literally being rhythm and blues. Jones knows this well as he has had great teachers to help form his understanding of music.

“I can remember my first time engineering,” recalls Jones. “It was for my dad on this track. He plays trumpet, so he had me just engineer a session. I was probably ten or so and I didn’t know what I was doing. But, when he told me to press record I pressed record, and when he told me to stop I stopped.”

A seasoned musician with a passion for teaching his son the musical ropes, Jones’s Father raised a young Wicjones in the studio. There Jones was introduced to all the music that would come to inspire his later work, even if he couldn’t stand hearing a lot of it at the time. This exposure allowed him to connect to the rich history of sounds that are in his DNA. The jazz heard in his music today stems from the jazz that Jones’s father played to him as a youth. The funk in his songs is a direct homage to the work of his grandfather who was an original member of the Ohio Players. Music was a part of Wicjones before Wicjones was a part of this world. Then when it came time for him to explore his love for creating music independently, he started with hip-hop.

Jones waded into the waters of true music production by making and rapping over beats with his friends in high school. FL Studio was his inaugural digital audio workstation or DAW, where he discovered his ability and desire to produce. Rap beats quickly turned into much more as Jones dove headfirst into music production and hungered to keep improving his abilities. By the time he entered college in Dayton Ohio, Jones was working in Logic Pro with his Father and formed a key understanding that would transform his hobby into his career. This understanding was that creating beats for yourself and creating beats for artists require two very different approaches.

“I learned to really have the artist in mind as I created,” said Jones. “And for me, it helped me dive into a world where now my preferred workflow is to really sit down with artists and ask ‘hey what are you working on? What is your focus right now? What kind of single do you want?’ I tell them let’s create the art that you want to create, and not just what I happen to have on hand.” 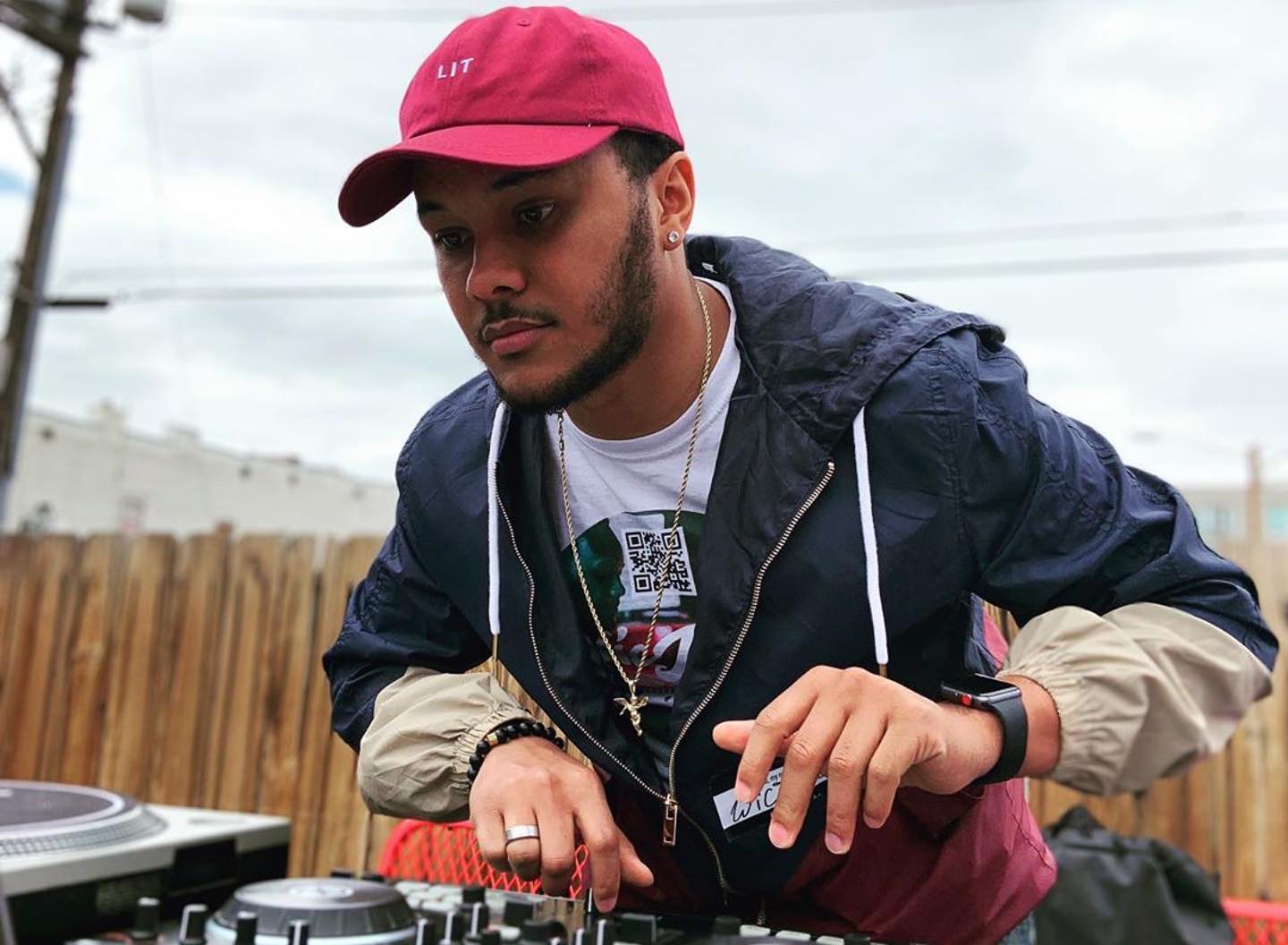 The approach of sitting down with an artist and intentionally creating music that is both personally appealing and fits the needs of the artist is what separates good and bad producers. This idea is built into the core of Wicjones, as his mission is to empower artists to create the music that they are most proud of. Going further, he educates artists on how they pitch their songs to prospective labels, agencies, and talent buyers as he wants to see his artists succeed in the music business. He believes that creating a song is only half the battle, and it is the work done after the song sees the light of day that will truly make or break it in the public eye.

Jones recognizes that the infrastructure to support musical creatives professionally is underdeveloped in Denver when compared to places like L.A. or New York. That is why he wants artists to understand that there is a lot more work that folks have to do in this city in order to make it in the music industry. He teaches musicians about areas like the importance of licensing and rights to their work, the need for effective PR and marketing, as well as how to have the necessary small business infrastructure set up to allow rising talent to operate as more than just creatives. Jones knows that educating folks on the nature of the music industry is key to ensuring that they can actually get paid for the art that they are creating in the studio. As he puts it, “at the end of the day, it is the music business and not just music.” 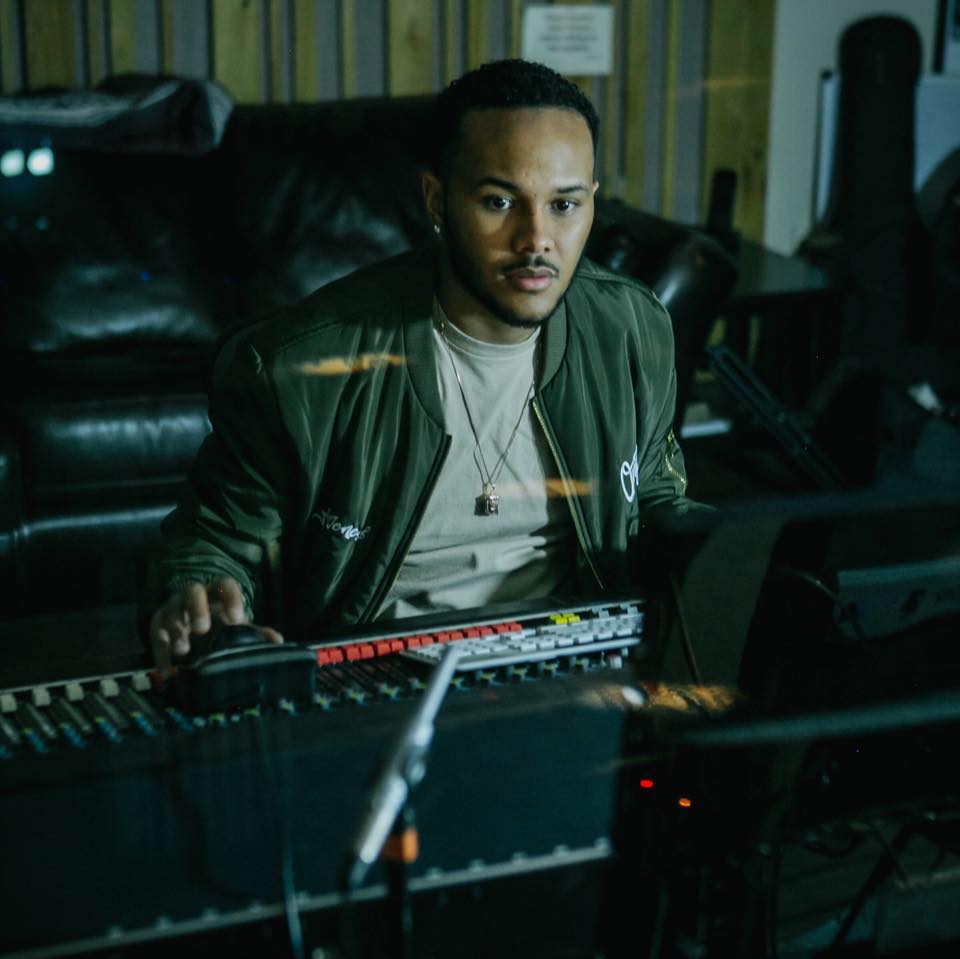 Looking to the future, Jones envisions a rich community of collaborations and musical innovation. He is working to help bring up the top talent of tomorrow, while also increasing the influence of his own name with singles and albums of his own design. Sweet 16 has been the recent focus of his efforts, but keeping honest to his desires, Jones already has songs in the works that explore his producing capabilities in the realm of Latin music. Ultimately, the growth of Wicjones is never done and he wants the world to know that he is here to bring his vision, and that of those around him, to life.

To get into the headspace of Wicjones and get a taste of the different songs that fuel his creativity, Jones compiled ten tracks to share with our readers. This list contains tracks that show some of his greatest influences and accompany songs of his own where that influence can be seen in action.

Jones: “If you know hip-hop, there’s a high chance you have heard the name, J Dilla. This cut is from one of his biggest projects, Donuts, but this flip has always just stuck with me. Dilla was a master at chopping up records and replaying them in unrecognizable new ways, and this record is no exclusion.”

J: “Growing up, I heard this record, and others like it a lot. Soca, dancehall, and reggae music was a staple for me growing up. My mother was born and raised in Belize and although I was born in Los Angeles, and raised in Denver, the Belizean culture has always been a huge part of my life. Honestly, I want to create more music in these genres for that reason.”

J: “This record is one of my favorites, mainly because it was created during one of my vacations to Belize. I was lucky enough to meet a dope collective of artists down there when I visited Island Dreamz Productions, and K7-Kash is a member of them. I remember staying awake till at least 4 a.m. with them, working on this beat from scratch and getting the song recorded. Good times.”

J: “Some folks may recognize this sample from one of Tupac’s classic records, ‘Keep Ya Head Up’ or even H-Town’s ‘Knockin’ Da Boots.’ This record is just soulful from the start to finish and the arrangement has always amused me. I’m a sucker for some good funk/soul music though. Maybe it’s just in my blood.”

Wale – “The Intro About Nothing”

J: “This record really touches my soul. From the keys to the choir to the violin, it’s a masterpiece. The full sound of this record pulls out emotions as it transitions from the verse to the hook and back to verse. It’s just so intentional.”

J: “Another record that just touches my soul. The soundscape in this song is transcendent. The afro-centric percussions and chants paint a very vivid picture to me that reminds me of my family for some reason. Then the words of the hook say ‘Don’t you look up to me, don’t trust a word I say, don’t you end up like me, if you learn one thing today,’ which really resonated with me. I am one of five brothers and sisters, plus more if you count cousins who are basically my siblings. Being a role model isn’t always the easiest. It’s a lot of pressure sometimes. Those words just speak to those insecurities as a growing human who has found himself in a place of influence, while still figuring things out for himself.”

J: “This record is produced by one of my favorite producers, Symbolic One (S1), the producer of Kanye West’s ‘Power.’ The African chants and gradual build of the overall production really helped paint the picture for the record as Lecrae raps from three different perspectives on each verse. I love a song with a story and a message, especially when the production plays such an integral role in telling them.”

J: “Another track from my Sweet 16 project, this record really pays homage to my LA roots. The West Coast sound, Dr. Dre, DJ Quik, Snoop Dogg, Xzibit were all a big part of my childhood and often played on the radio here in Denver back in the days too.”

J: “I’m always a fan of eye-popping cover arts, no pun intended. This was an album that I randomly stumbled across and really liked the cover so I listened through and it instantly became a favorite of mine.”

J: “One of the coolest parts about hip-hop music is the art of resampling that it was initially built off of. Through sampling, I’ve been able to hear a lot of great music that came way before my time and that’s exactly how I stumbled across this gem. Released in 1975, this crossover jazz album is in French. When they sing, I don’t understand a single word of it, but that doesn’t stop me from putting this album on repeat when I’m in need of some good tunes.”