Mic Drop – It’s Music or Nothing For Jelie

Obsession and term of existence is not a two-way street. An obsession, while intense and unwavering, usually comes and goes. Lots of kids are obsessed with toys, cars and cartoons. After twenty years, those same kids are likely not assembling hot wheels race tracks. They find other obsessions. This is the way of the world.

Then you have terms of existence. These are uncontrollable. Your brain’s wires and lobes and nerves and receptors sit down at an atomic roundtable — sometime in your first couple years of life on this planet. It is there that they decide your calling, sign by the “X” in pen, and staple it onto someplace between your hippocampus and frontal lobes. This message may not be received until years down the line. But from the moment your young brain realizes what it wants, it knows it wants exactly that. For Bradlie Jones — known primarily as Jelie — music is a term of existence.

“I’ve always wanted to be a rapper — literally since birth. I’d mumble rap along with all the songs on the radio, the ones my mom would play. I’d act like I knew what they were saying, even though I was making noises along with the words. As soon as I could mumble, I knew rap’s what I wanted to do.” 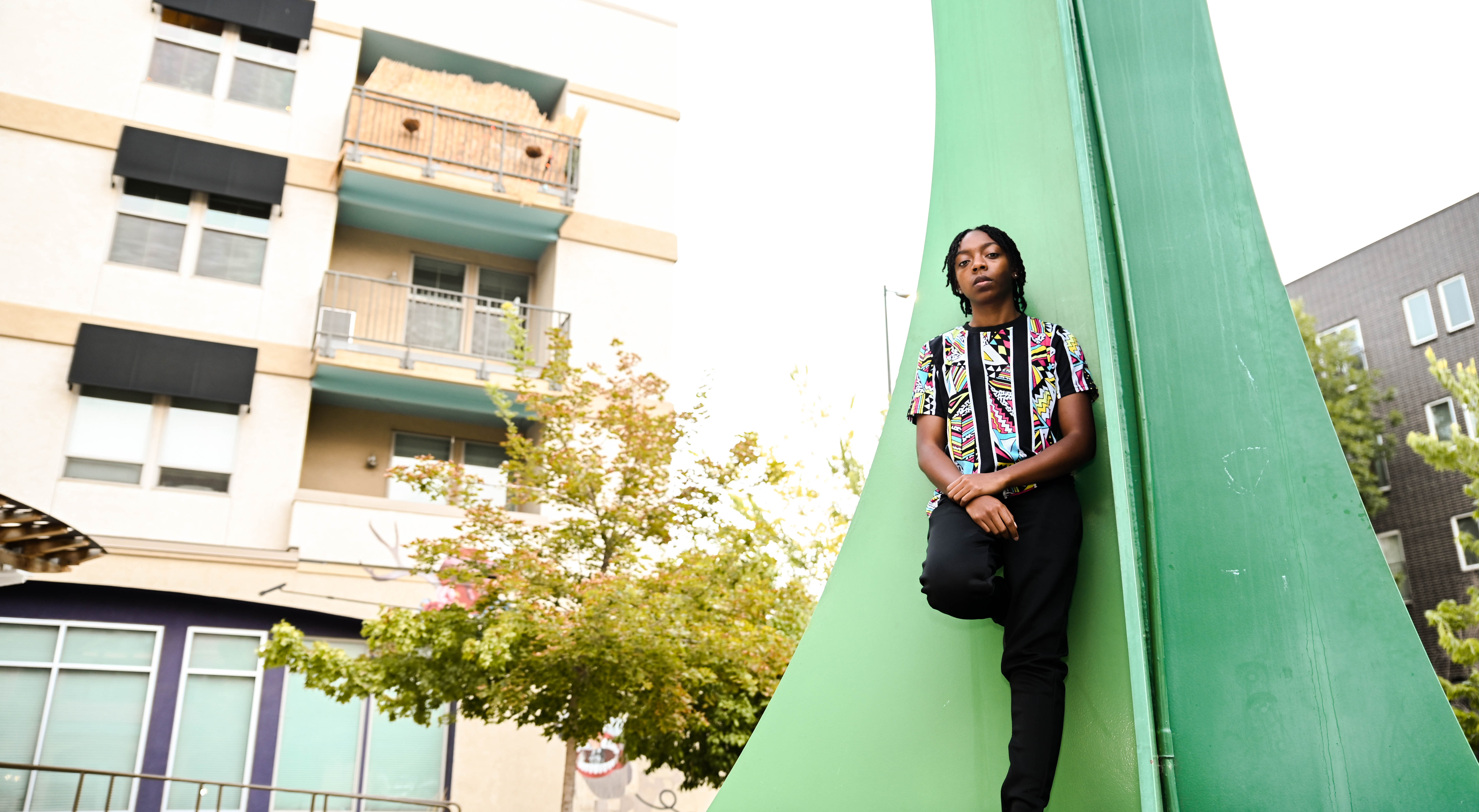 While relatively early into her commercial releases, Jones moves like a seasoned vet and has the history and accolades worthy of a hall of fame induction speech. She’s performed at festivals, housing projects and universities. She’s got a TED Talk titled “An Artist’s Guide to Running a Business.” She owns and operates her own beat kit website — Kickback Couture. She works with Youth on Record as a teacher and mentor. All this, plus she writes, records, produces and engineers her own music. These were skills she picked up along the way as a means of assisting her rap dreams.

“I knew before I started really learning those things that it’d be something I would do. I’d be sitting in high school, bored out of mind. My lack of interest in high school is what led my curiosity to find and start producing. One of my friends that also rapped — his dad had a basement studio. I remember seeing that whole setup for the first time. I went straight home and got the pirated version of the same software he had. I was 14 years old when I did that.”

Jones’s musical progression was gradual. Piece by piece, she assembled gear and knowledge necessary to fulfill her musical aspirations.

“When I got my first job at a local rec center, I was able to buy my first microphone. Later on, I spent $500 on a keyboard. I remember my grandma would ask me, “what’d you buy that thing for?” in her Trinidadian accent. “You’re not gonna use that,” she would say. I’ve been using that same keyboard since the day I got it ten years ago. That goes for a lot of my equipment. It’s been one thing layered on top of another since I learned how to record myself and make beats.” 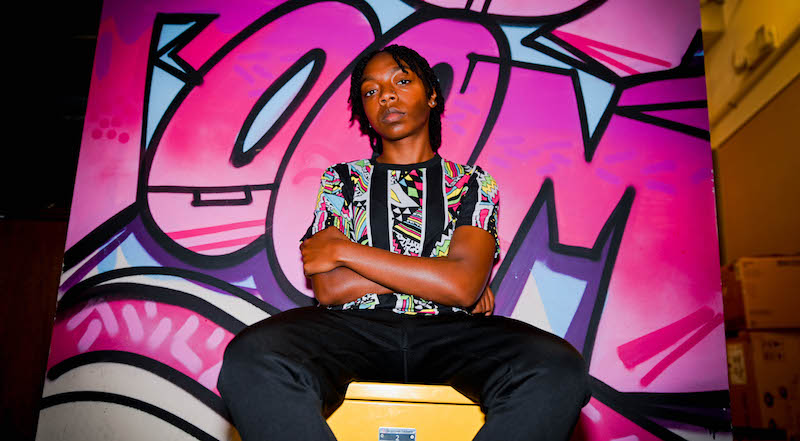 “[Producing and mixing] came as a result of me trying to find a way to rap. I knew that if I went to school for music, there wouldn’t be a major for rapping, so the next closest thing was recording arts. I didn’t play an instrument though, so I did a non-audition track. It was there that I really started learning what mixing and mastering was. They said it was this secretive thing — it’s not as difficult as they made it seem.”

In addition to her own music, Jones is involved with Youth on Record — a Denver organization whose mission is to empower the youth through music, as a mentor and teacher. She also does her own private lessons through Kickback Couture — a website she created dedicated to drum kits, presets, loop kits, midi kits, and more. All of this leads to a statement that goes without saying — Jones is business-minded to the core.

“If I wasn’t, I wouldn’t be making a living as an artist. I would be, like, what they call a starving artist.  The way I see it is this — I think the business side of music can be just as creative. It’s not advertised as a creative field in itself. My ideas sparked when I was making YouTube tutorials — I just saw other people making money selling drum kits and wondered, “why don’t I make a kit and use it in my videos.” And it worked. I make more money on creating content for producers than I ever did rapping, and that might be true for a long time.” 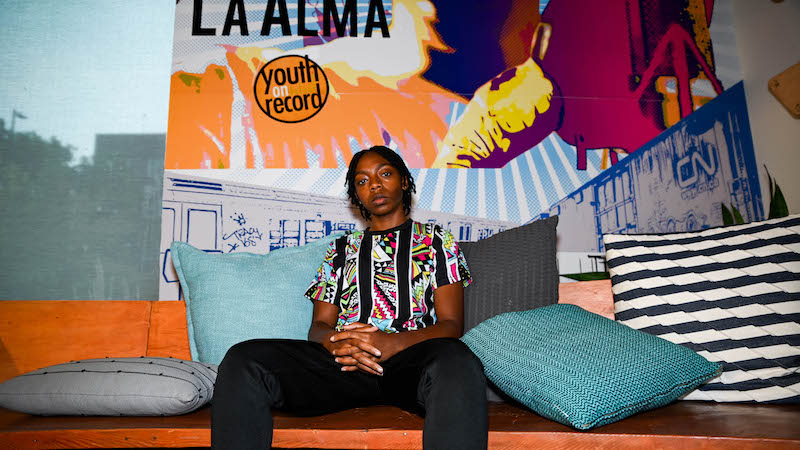 Recently, Jones hopped on a trio-collaboration track, “Trackletes,” a three-headed effort with Koo Qua and Lyric Croft. All three are female, and all three are awesome at their craft — Jones takes pride in such a space.

“I think it’s very powerful to have created a place that feels welcoming to other women. I know that, like, 90% of my clients in engineering are women. There’s a reason for that. They don’t feel sexualized. It’s a comfortable atmosphere, so much so that I’ve begun to notice a healthy competition within that same space — the ‘I see you, but watch what I do’ sort of mentality. ‘Trackletes; is a perfect example.”

“There’s not much at all that separates us from other rap scenes. When I listen to beats made in Denver on YouTube, one thing I do notice is how different our bass is — I think it might be because of the mountains. But I think we draw slices from literally everywhere. The youth I work with, they’ll come in sounding like Travis Scott or Lil Durk or whoever’s hot. It’ll be everybody but themselves. That’s good and bad. Drawing influence can be great, and it’s been happening for a long time here. We’re pretty much in the middle of America, or pretty close to it, so these sounds come from all around us.”

There’s a glaring issue(s) that has put rap in Denver against a wall. Jones explains where the city’s rap community has been hurt, and what needs to be changed for the genre to take its next steps. In her eyes, it’s far greater than inter-genre struggles. 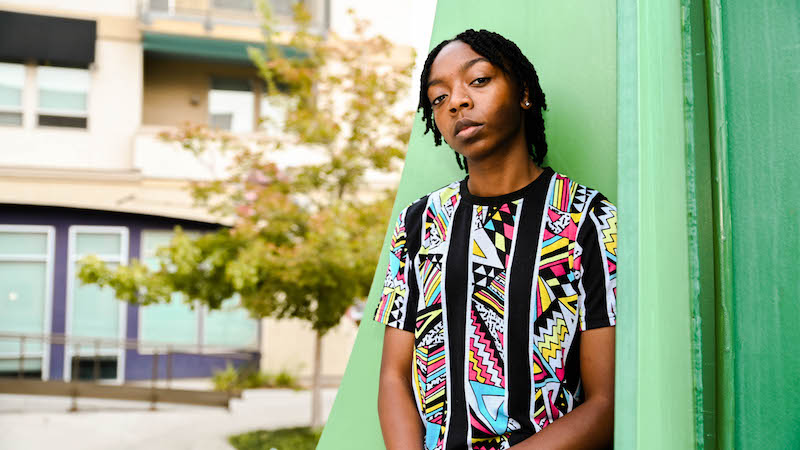 “We need affordable housing. Not to say LA or New York is more affordable, but there are far greater places to create music there than just downtown. And if LA costs as much as Denver, why would an artist stay here? Transportation is a big issue as well — it’s a headache here to get to venues or recording spots.

Furthermore, and as glaring, is the lack of fan support across the state. Sure, do most music listeners in Denver know Kendrick Lamar or J. Cole? Of course, but ask them to name their favorite emcees representing the city they call home, and they’ll respond with, “uh, I don’t know, it’s a local rapper I think?” Jones knows this struggle for recognition and fan support as well as anyone.

“If I perform anywhere else, the crowd moves. Here, they just kind of stare at you. I’ve seen energy before, but it’s a rarity. The audience in general needs to be better. I’ve seen some truly amazing shows, and then I look around me and the audience is dead — people at the bar, not paying attention, there’s no dancing or moving. I think the next step should be taking, say, something like UMS to another state. All these Denver artists would get the chance to promote themselves to another audience.” 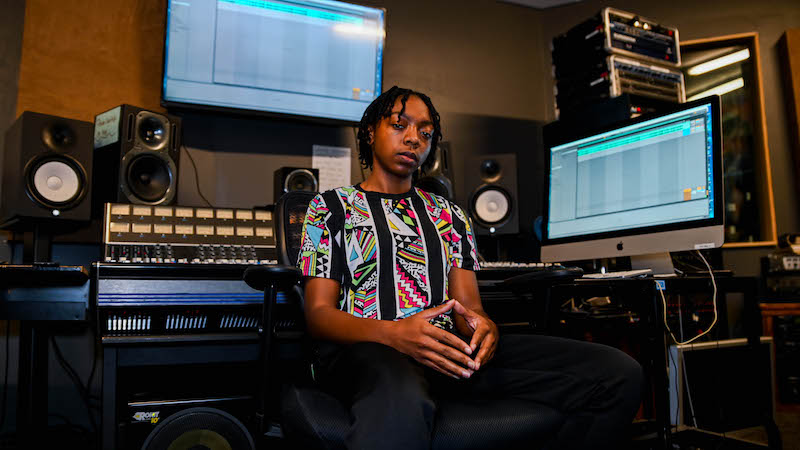 UMS — one of Denver’s largest music showcases — took place last weekend. Jones recognizes how cool of an opportunity it is, but sees problems with the festival as well.

“Perception is reality — look at the lineup card, you’ve got the headliners’ names in big letters up top, but then the local artists are crammed into each other at the bottom. Why would someone from out of town, who sees the lineup card, have any desire to see those names unless they were a huge fan. They’re coming for those big names. Labels often expect us to have everything figured out before they sign us. I want to see a better system that promotes local artists.”

Engaged audiences, affordable housing, and adequate transportation for those who need it. Everything Jones alludes to can be a direct product of initiative by decision-makers in this great state. Instead of letting bored millionaires run a gamut of neighborhoods in the interest of the marijuana business, let’s provide tools that allow Denver’s real communities to create and flourish.

This is no easy task. Instead of looking inside of Denver’s rap community for improvement, perhaps there are much larger, structural issues that need to first be addressed. Likely, it’s both. Regardless, Jones marches forward, investing time and love into her true passion.

“I’m still doing YouTube work, and I’m trying to get more speaking engagement stuff going on. I have a series of singles that I’ll be dropping every few weeks. I thought about making it a project but changed my mind. I’m perfecting my rollout strategy as we speak.” 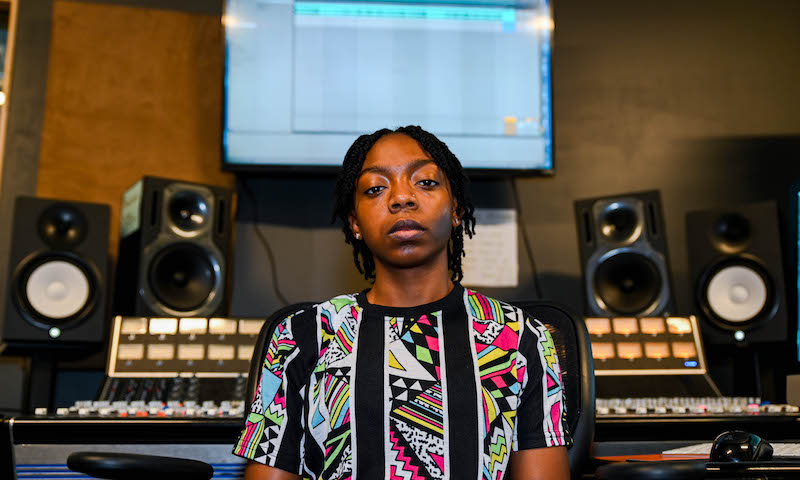 It seems as though Jones is always perfecting her craft. This should come as no surprise to anyone. Music is her life — it’s how she carves out an income, as well as a voice in her community that’s completely in her hands. She forced that control. Her path is no one’s decision but her own. I don’t see that powerful line of action changing anytime soon. Or ever.

“In the past, if there was a job that didn’t include music, I’d get tired of it. I’ve been driven by progression in music my whole life. I’m doing what makes me happy.”

Check out Jelie on Spotify, Instagram, and her Linktree