Back to South Broadway and back to the basics — a return to form, or so you would think. The return of Denver’s Underground Music Showcase came with great fanfare when its August dates were revealed back in May of this year. At that point, the news of increasing vaccinations offered a long-awaited sigh of relief from a seemingly everlasting pandemic where even the thought of a standalone concert felt like a pipe dream, let alone an entire multi-day festival. In 2020, the festival was put on pause and re-upped as a telethon with interviews and live performances to benefit the Colorado Music Relief Fund. Far from recreating the actual event, the telethon managed to stave off the sadness of missing the real thing for band and fan alike. Fast forward to August, and the situation around COVID-19 continues to hang in the balance, an improvement in some aspects of where it was a year ago, but no less concerning for organizers, fans and performers. Not only that, but in its two-year absence, the South Broadway that hosted the 2019 edition was very different from the one of the present. National chains have swooped in, the first luxury apartment has staked its claim on a crucial block of the festival imprint, and names have changed and new owners have gotten involved — the game has changed, and in 2021, UMS was forced to reckon with those changes. 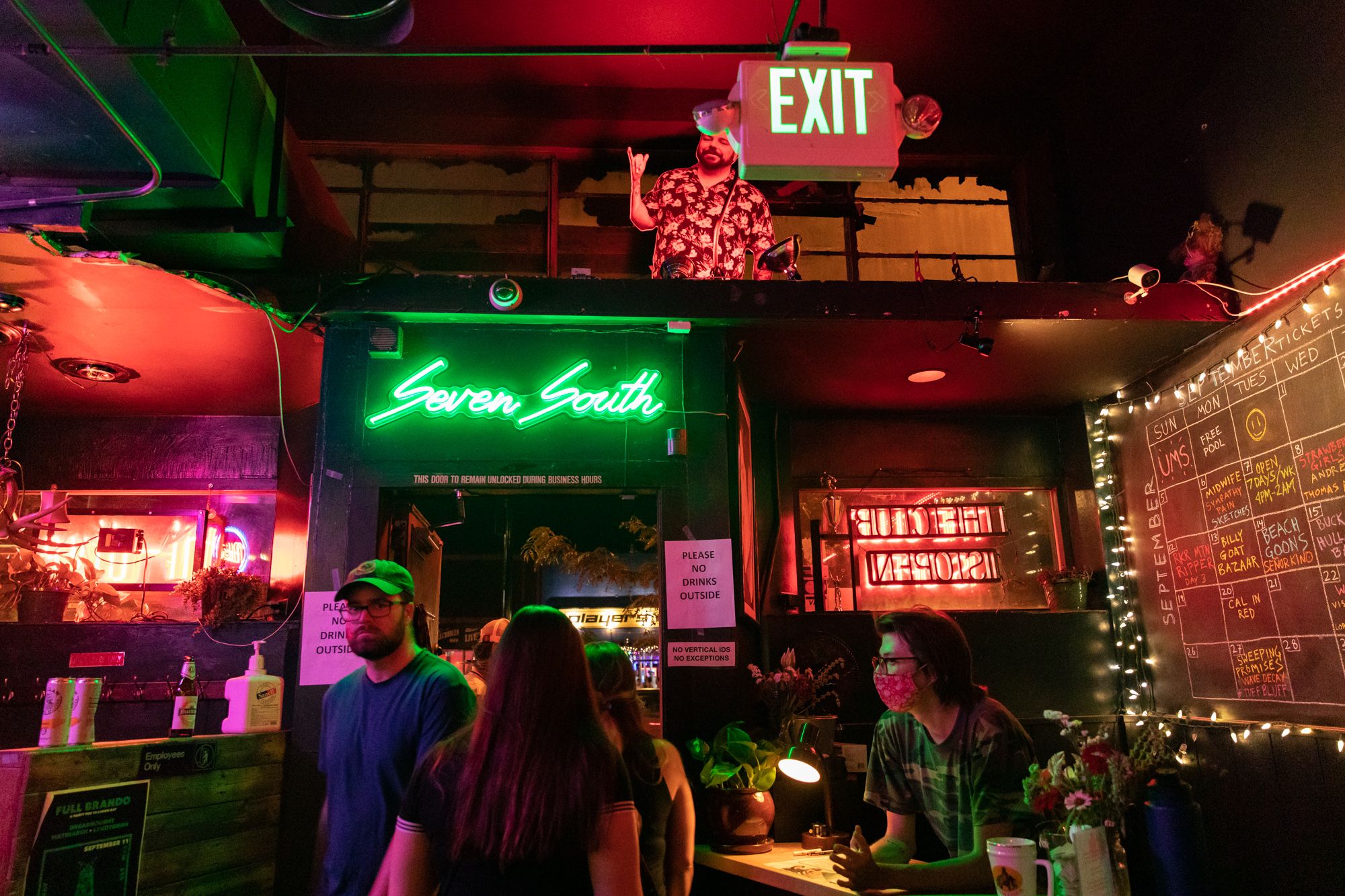 The first of a few watershed moments came with the lineup announcement. Organizers, Two Parts had already made the decision to reduce the festival imprint as it rapidly developed from comeback headline to real-life execution in a very short window of time. This decision trickled down to the venues and bands creating a ripple effect where there would be less of each. While the venue decisions were felt more internally, the bands who later found out they wouldn’t be making the lineup — some who had played for many years prior — were anything but silent on the issue. In a viral social media post, Jen Korte of Lady Gang lampooned the festival as chasing profits over talent and tradition — the UMS we’d come to know and love had gone over the hill echoed many others in the thread’s comment section.

While there is some truth to UMS departing from many of the traditional mainstays, the reality of the situation was that UMS provided more limited opportunities to a fresher generation of talent that has yet to be afforded said opportunities. If there’s one huge thing that can be said of this year’s UMS, it is that the talent buyers and organizers went above and beyond to curate a lineup of some of the city’s brightest newcomers and most promising trailblazers. It was a treat for attendees to delight in The Grand Alliance, a supergroup of some of Denver’s most notable musicians to the likes of burgeoning upstarts like Cat Evans, N3PTUNE, VYNYL, Duke Justice, Ollie McCracken and Deadluv among many others who had yet to even step foot onto the festival grounds, let alone performed on them. 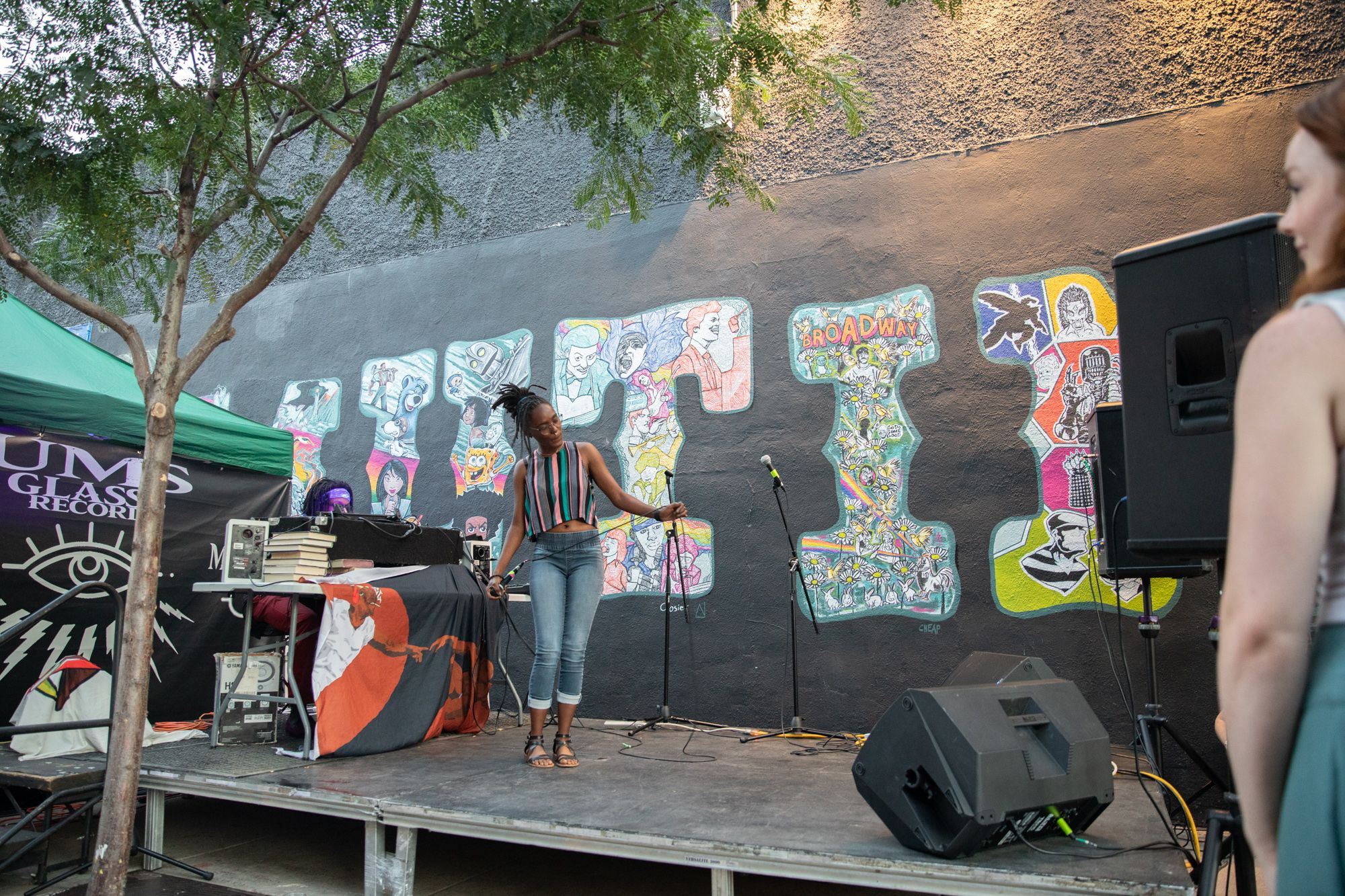 This change in strategy paid dividends as all the attendees stood on equal footing in terms of getting to discover local music — the main reason UMS came about in the first place. The emphasis toward discovery didn’t stop there, in fact, local DIY legend, Vahco Before-Horses was on-site in an official capacity to bring nearly the entire Glasss Records roster to perform on their own stage. For those who bemoaned UMS for losing its roots, there was truly nothing closer to said roots than the Glasss Records Day Party. A bevy of local DIY talent broke barriers coming to the stage with fresh sounds, hungry bars, and sometimes the downright bizarre, but attendees were all the better for it as they got the rare opportunity to see the true underground bubbling up and greeting the real world. Acts like Abeasity Jones were spitting like it was all that mattered — and everything that graced this particular stage was made to matter — a notion that was lost on no one.

Check out the Best Photos from UMS 2021

Outside the lineup, another high point existed at the Oasis Stage. Located again at Import Mechanics, but this time, feeling more of a remote location than year’s prior, the Oasis Stage was an open-air dance party that both felt like the festival’s best-kept secret and the weekend’s guiltiest pleasure. Though initially out of sight, out of mind, once people clued into the happenings at the Oasis Stage, they gathered in droves. In an episode of “where has this been every other year?” — the Oasis stage hosted only electronic DJ forward acts underneath a massive canopy that provided ample relaxation and percolation — the best of both worlds.

Getting into the epicenter of the festival itself, there were definitely some noticeable changes. Businesses had shifted during and prior to the pandemic, and the landscape was very much a new ballpark. That said, those changes were less pronounced than many had feared. Overall, the new lay of the land neither hurt nor helped this year’s UMS, rather, it just was what it was — future renditions may sway the needle, but as it stood, this year, the new businesses were woven into the existing fabric without much interruption. On the other hand, the reduced capacity of the event itself, the protocols therein as well as the scaled-back footprints and activations acted as self-tampering of the wildness that UMS is typically known for. In fact, outside the Oasis Stage, the festivities were much more muted. Chalk it up to the climate of the festival, or perhaps an air of caution with the Delta variant in circulation, but by and large the festival felt far more subdued than that of years prior. Breaking the silence was a slew of harder and more pop-leaning acts that injected a much-needed boost of energy and unpredictability into the fold. Acts like Remi Wolf, Adiel Mitchell, Pink Fuzz and Wes Watkins among others got people moving in precarious ways, moshing and just caught up in a heady groove between them. 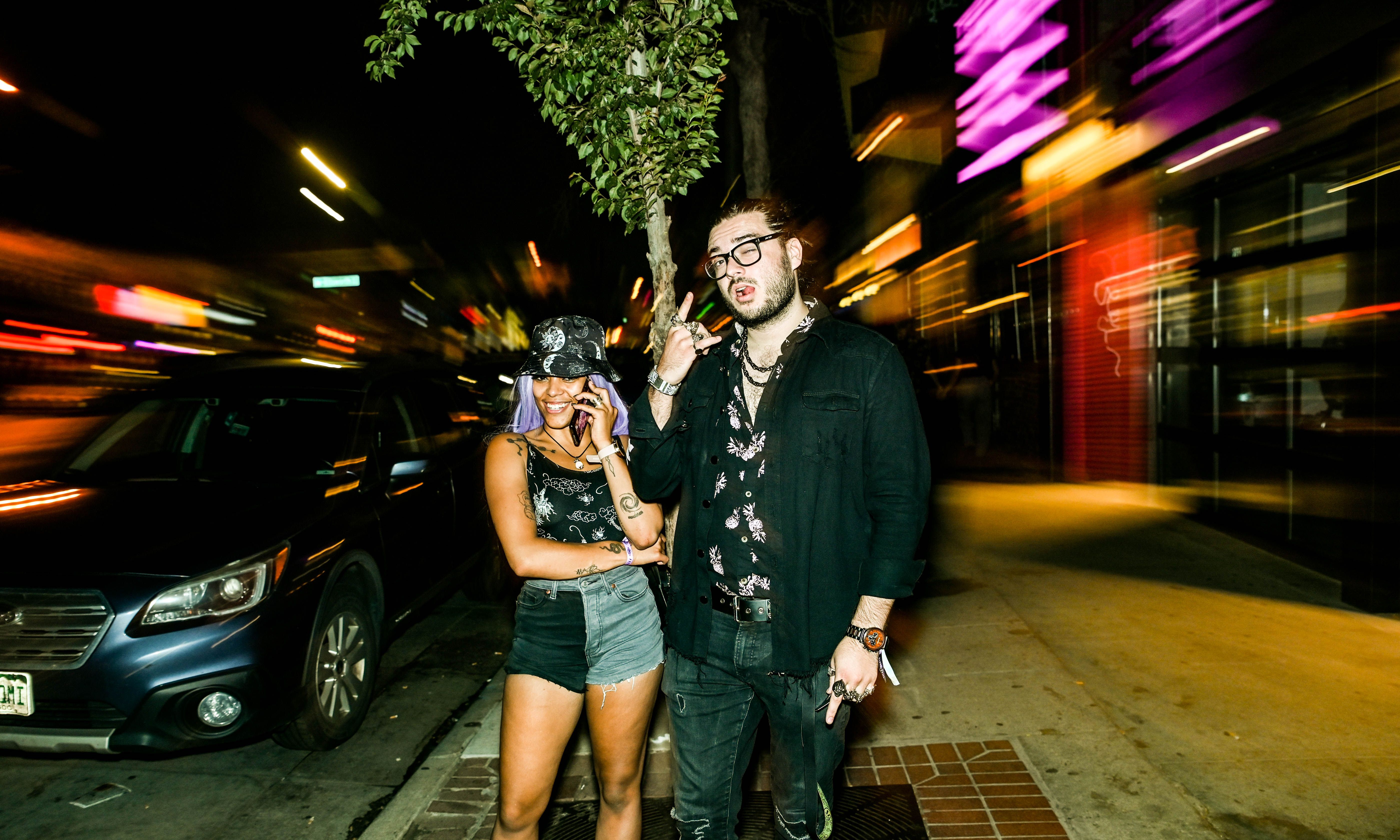 Also, a noticeable change from past years was the preparedness of the UMS teams. Speaking to vendors, partners and staff alike, things were definitely a bit messier behind the scenes. Unfortunately, living up to its unofficial name of “You A Mess” there was no shortage of moments where the rush of putting the event together and the lack of resources showed the tears at the seams. Whether that manifested itself in the disorganization at the box office, security with lack of instruction, venues with lack of certain equipment and even parts of the festival like the front of Import Mechanics that were shockingly left barren and underutilized. In addition, there were many head-scratching placements of artists, like the moon Magnet Glitter Party taking place in a small corner of Denver Distillery or larger acts like Kiltro and Wildermiss playing much smaller stages, fated to be overpacked. For what it’s worth, organizers undoubtedly had their hands full, contending with throwing an event in a global pandemic, but while the sum of these parts didn’t break UMS, the strain on those participating in it was anything but a secret. 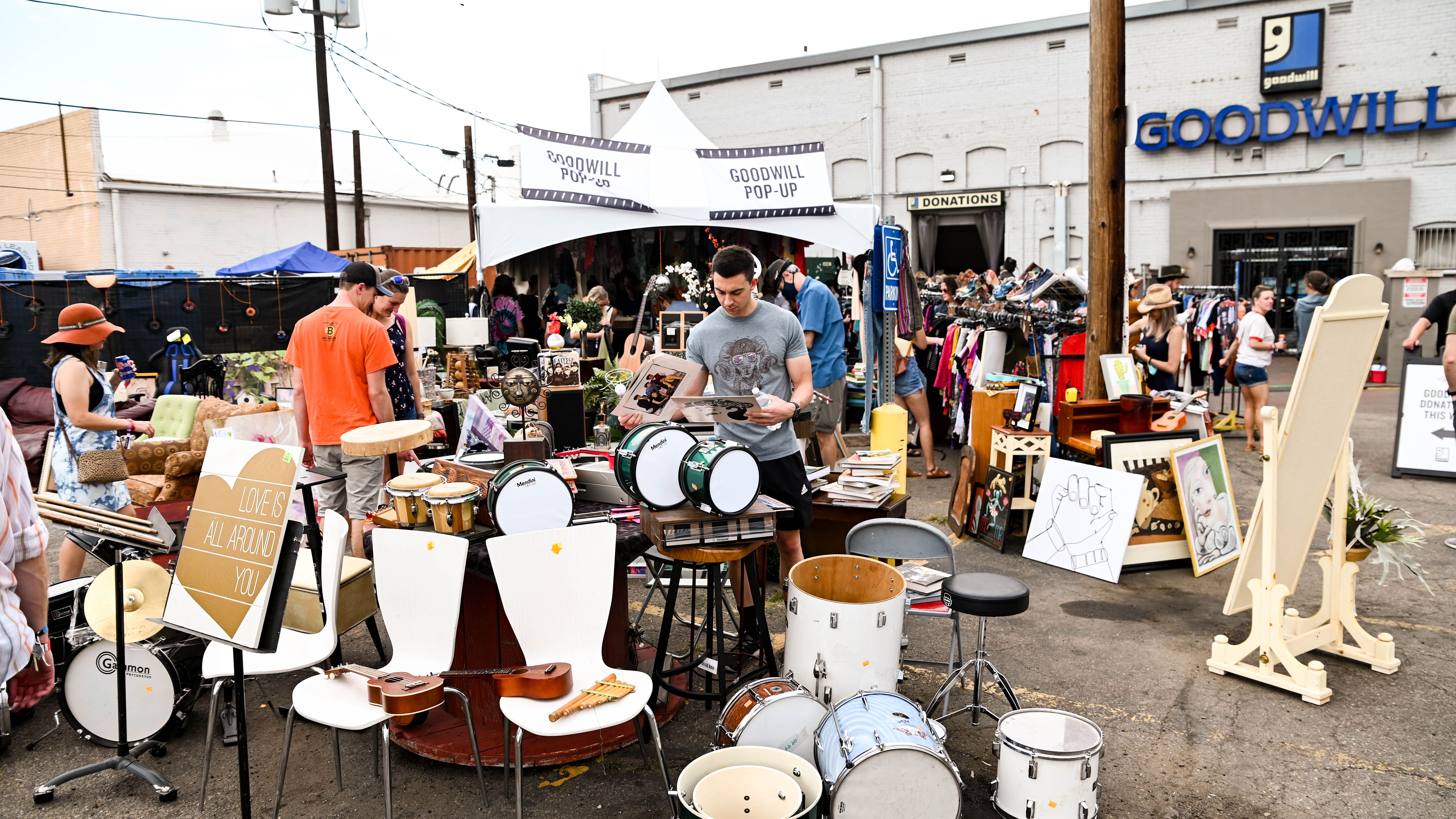 When it came to checking vaccinations, however, things were much smoother, or at least that’s how it seemed. Bands and fans were made to present negative COVID tests within 48 hours if unvaccinated and those who were vaccinated need only show a copy of their vaccination card to gain entry into the festival. These protocols more than any other showed the commitment of the organizers to ensuring a safe environment to party in, and they succeeded with flying colors. While there were many emotions at the forefront of this year’s UMS, safety was at the forefront, and an overwhelming amount of attendees showed that they believed themselves to be in good hands. 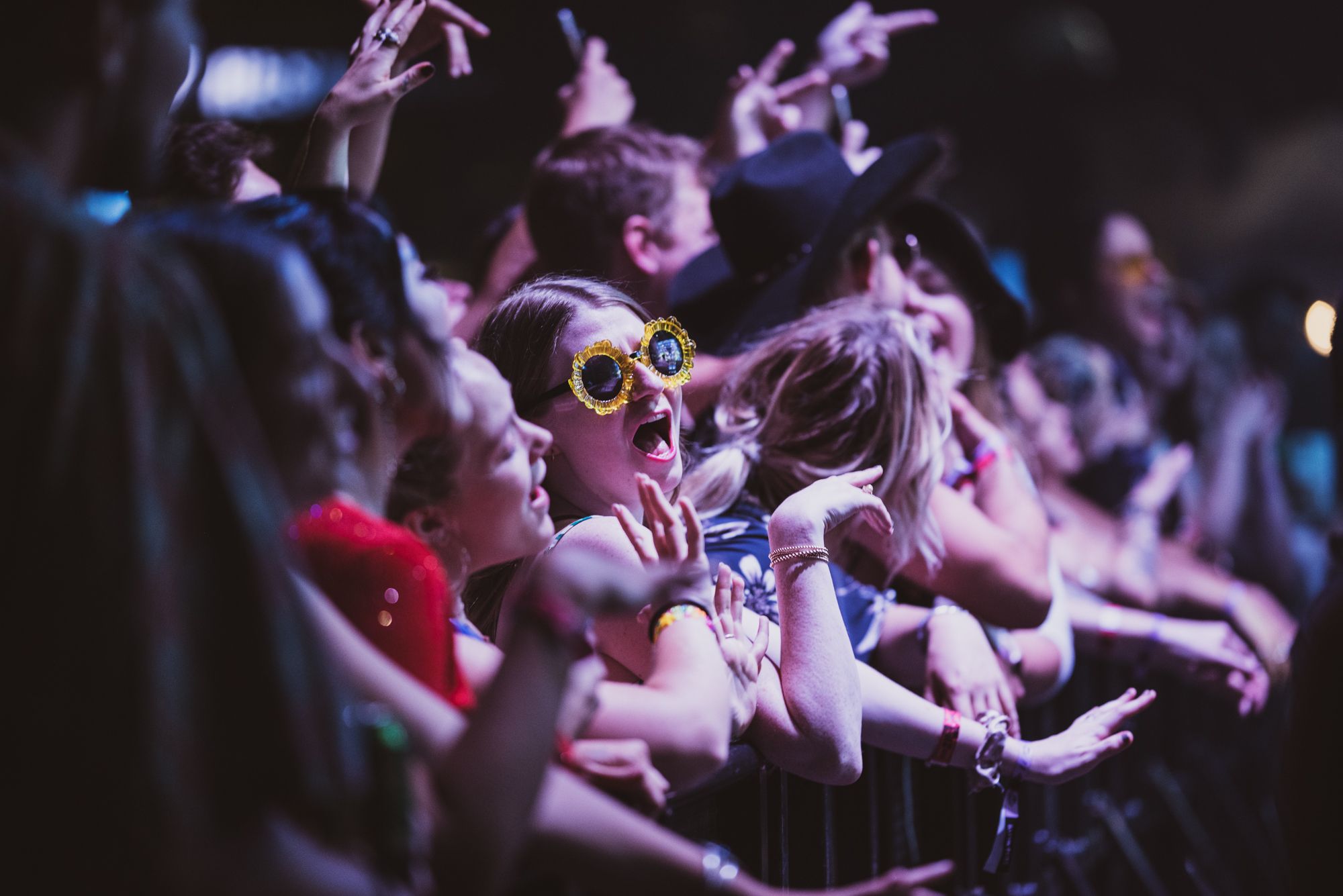 With the future very much up in the air, it will be interesting to see what UMS looks like a year from now. Perhaps they will stay beholden to the stripped-back aesthetic of this year with fresh faces, or perhaps they will jump back into the arms of tradition. UMS is changed and there will always be a tinge of sadness to the nostalgia that only exists in memory now. On the other hand, there’s much to rejoice — UMS is reaching an entirely new generation and welcoming them in with open arms. For many, this year’s UMS was bittersweet, but at the end of the day, coming together to celebrate the local music scene in a large capacity, reunite with familiar faces and meet and dance with strangers was second to none, because at one point in the past year and a half many of us never thought we’d be able to do so again. By simply existing, UMS had no shortage of people smiling and dancing, and just having a good time because if there is anything these troubling times taught us is that, we’re still here and we owe it to ourselves to make the most of it.