A New Exhibit Colors the Future of Denver With Black Excellence

The history of Five Points is black. Once known as the Harlem of the West, Five Points played host to a long lineage of African American musicians at the forefront of jazz and blues. Ella Fitzgerald and Duke Ellington, amongst many notable others, sought out the venues that lined Welton Street — a corridor of entertainment and culture that was a safe space amidst Denver’s segregated past. The Rossonian Hotel stood as the neighborhood’s crown jewel — the beating heart of a proud black neighborhood. People would eventually move out of Five Points in the ’30s and ’40s and the crime and drugs left in the wake of migration would strip the historic neighborhood of its color. However, traces of Five Points’ vibrant history lingers — in murals and businesses and even the residents who stood the test of time. Thomas “Detour” Evans’ new installation, The 5 Pointers seeks to recolor the black excellence of Five Points as imagined from a futuristic perspective.

READ: The Black History of Cervantes’ and the Five Points Jazz Scene 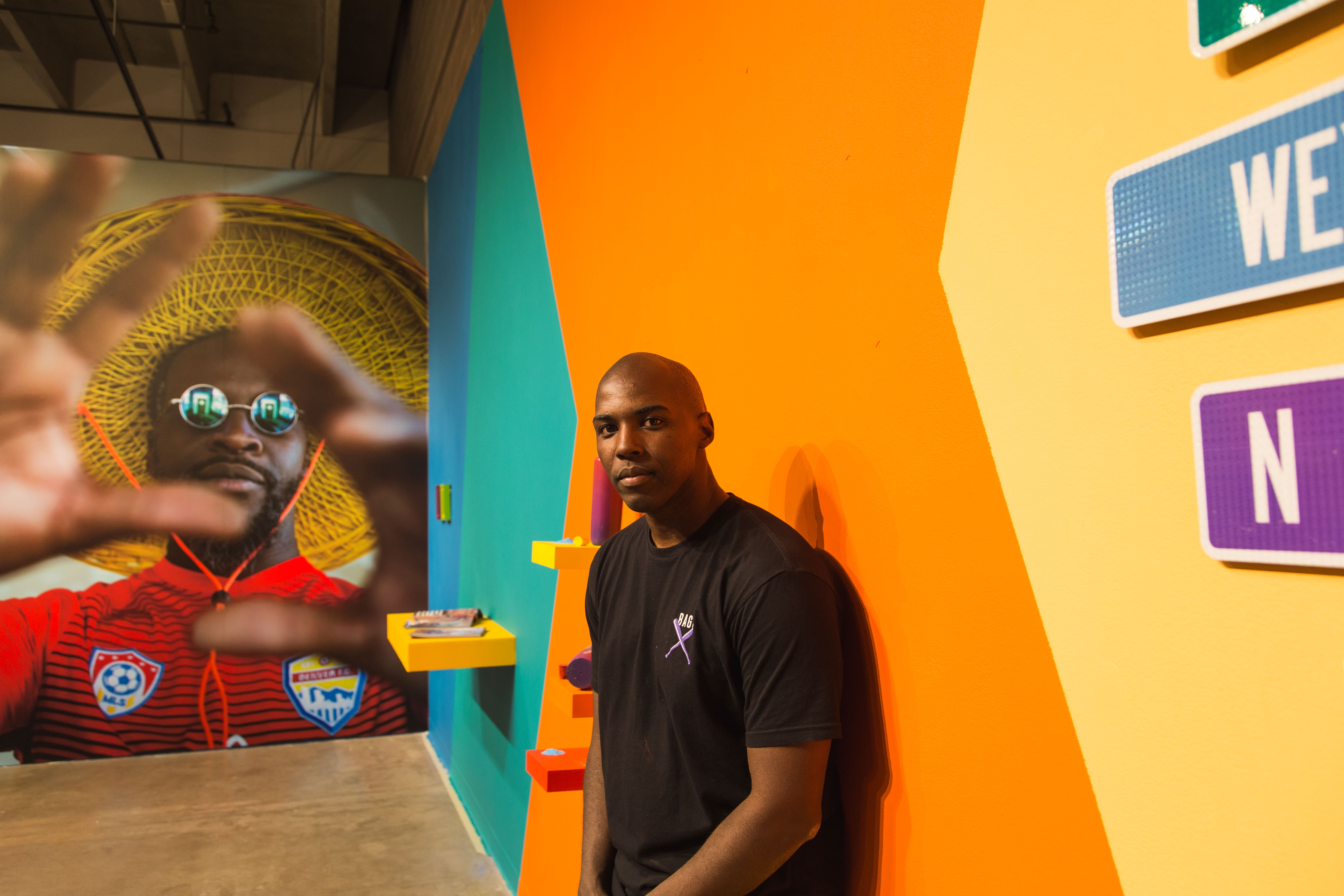 The Five Points of the future, 2119 to be exact, is filled with saturated hues, not unlike the homes that line the hillsides of Port-au-Prince. New Orleans has been swallowed by the sea, Nashville is the cannabis capital of the world, magnet bullet trains exist across America and Denver for all intents and purposes has become a refuge of sorts from the effects of climate change.

The 5 Pointers, which is supported by Red Bull Music, takes place in the midst of this brave new world, chronicling a band by the same name, as a museum dedicated to them opens to the public. The band’s portraits hang on one wall in classic “Detour” brush strokes, futuristic instruments (that The 5 Pointers will eventually play) take center stage, and there are full newspapers on display that further illustrate the world as imagined by Evans. This place is no Instagram backdrop, rather a renaissance of Denver’s black culture through music — a story literally painted on the walls. 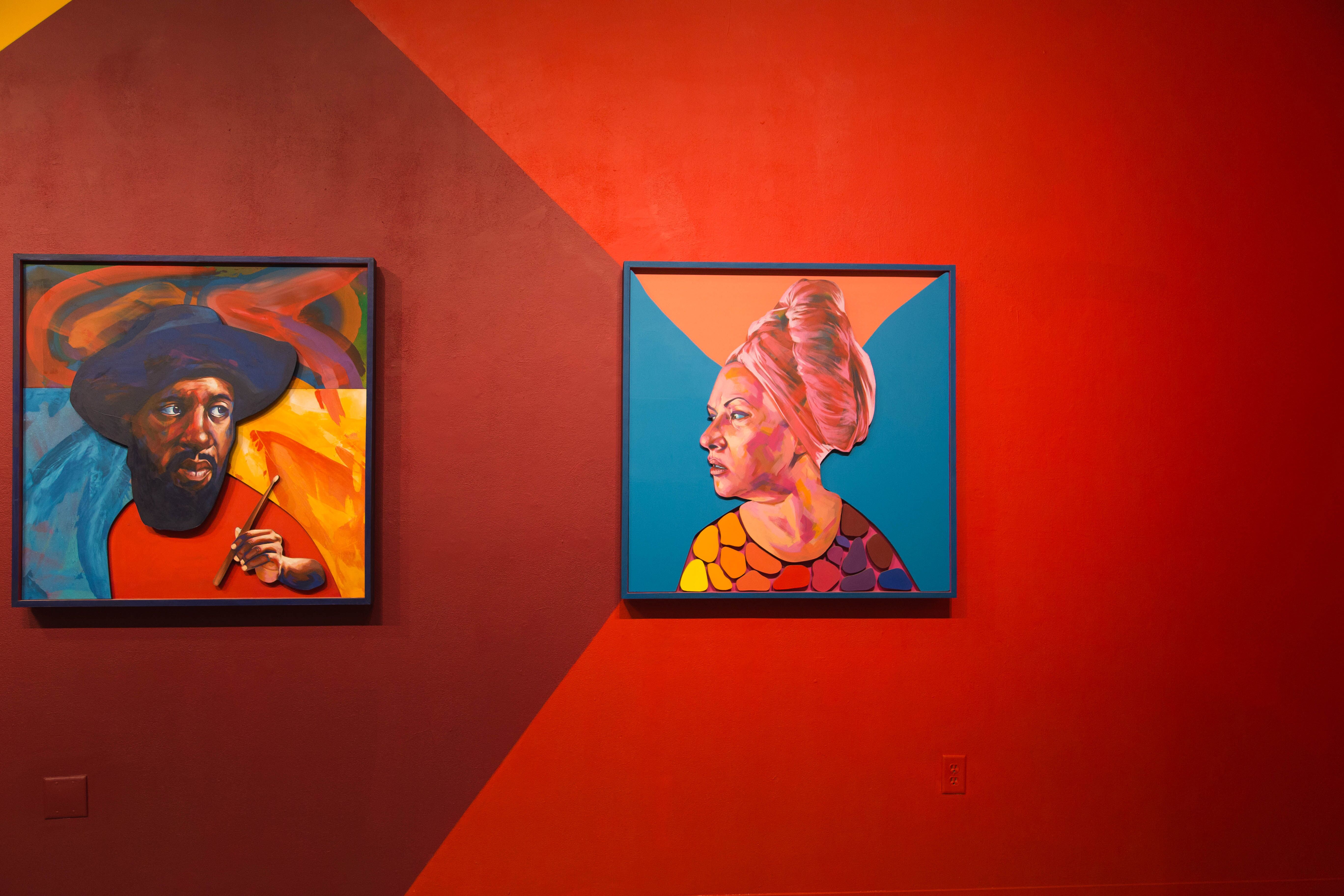 Comprised of local musicians Felix Fast4ward, Crl Crrl, Venus Cruz and DJ Check One, Evans has taken his world a step further bringing the 5 Pointers to life, as all the musicians will perform in character. With Felix Fast4ward as Wex, Venus Cruz as Lola Devine, Carl Carrell as Carl Remington, and DJ Check One as King Tempo, fiction and reality will collide at in the RedLine Gallery space.

“I want them to walk into the space and be engulfed in the future I created, the band I created, the performances and actually have their imaginations opened up about what they think the future holds and have those discussions about migration, gentrification, displacement, environment, music, culture, transportation, all that,” remarked Evans. “I like doing shows where everyone can sort of getting involved in a way. If it was just paintings on the wall and there wasn’t a story behind it, there would just be people walking in and appreciating aesthetics. But now, they have a piece to chomp into and they’re talking about what’s happening in Five Points.” 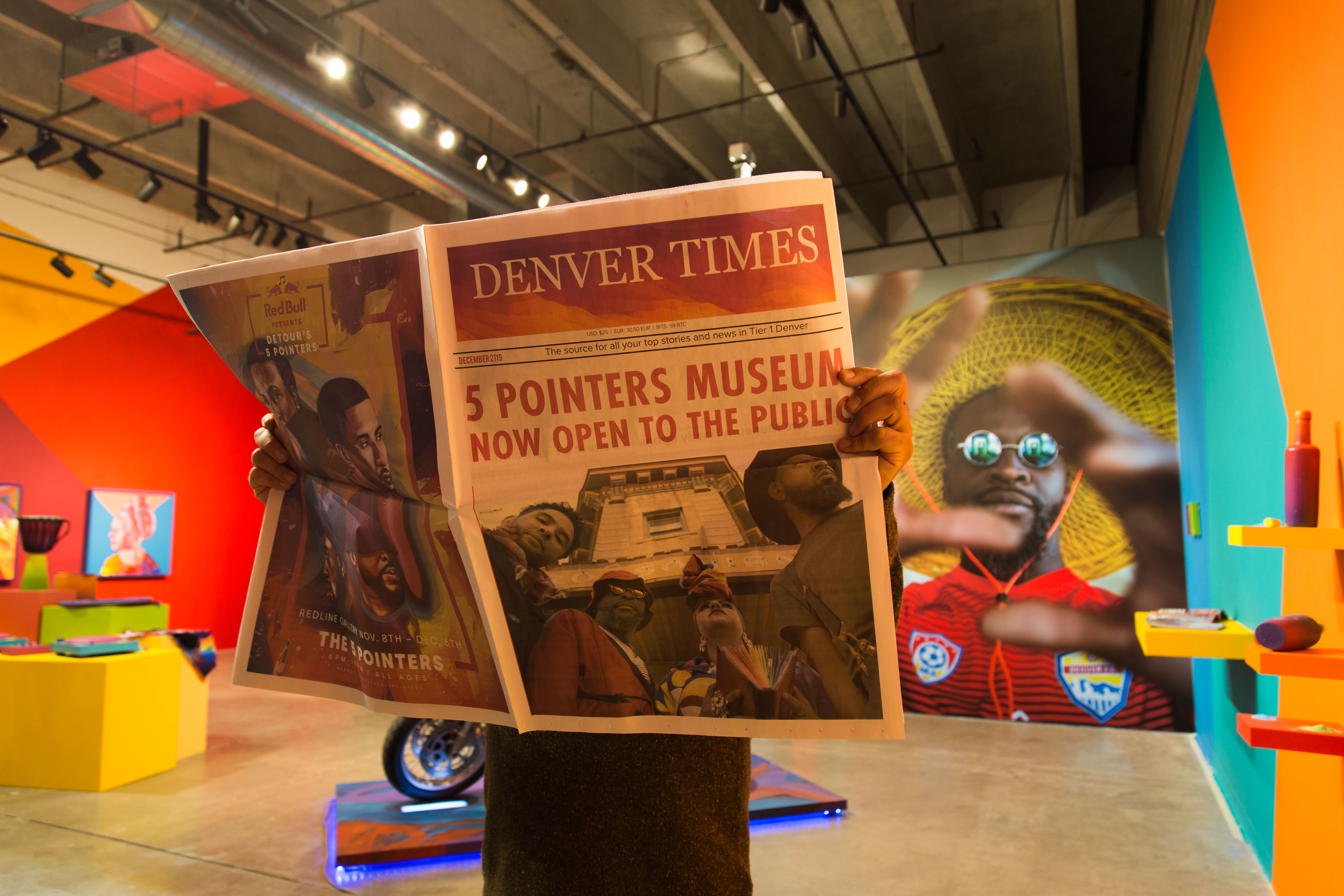 In reimagining Five Points in such a way, Evans shines a light on the steps the community is taking and the transformations that are ongoing in one of Denver’s most historic neighborhoods. The future is only as promised as the strides taken in the present to get there. To that note, The 5 Pointers is more than an art installation — it’s a musical and artistic journey that paints a pretty picture of an honored tradition and the people who were there long before. It’s something that Denver needs more than ever nowadays.

For more info and tickets to the performances go here.