The Black History of Cervantes’ and The Five Points Jazz Scene

Long before Cervantes’ Masterpiece Ballroom became known as one of Denver’s premier venues for hip-hop, jam and electronic acts, its past was colored with the black excellence of a different era. The Five Points neighborhood where the venue resides flourished through the ’30s, ’40s and ’50s as a mecca for the overwhelmingly African American community that called it home. Pushed out of other Denver neighborhoods by segregation and mounting tension from the growing Ku Klux Klan presence in Denver, Five Points became a haven for black cultivation. So entrenched in the riches of black culture in a time when being black was anything but celebrated and purposely segregated, the neighborhood was aptly referred to as the “Harlem of the West.” Cervantes’ Masterpiece Ballroom, then known as Casino Cabaret, as well as the Rossonian, Benny Hooper’s Ex-Servicemen’s Club and other music venues served as epicenters of jazz on the west coast and acted as Five Points’ crown jewels. 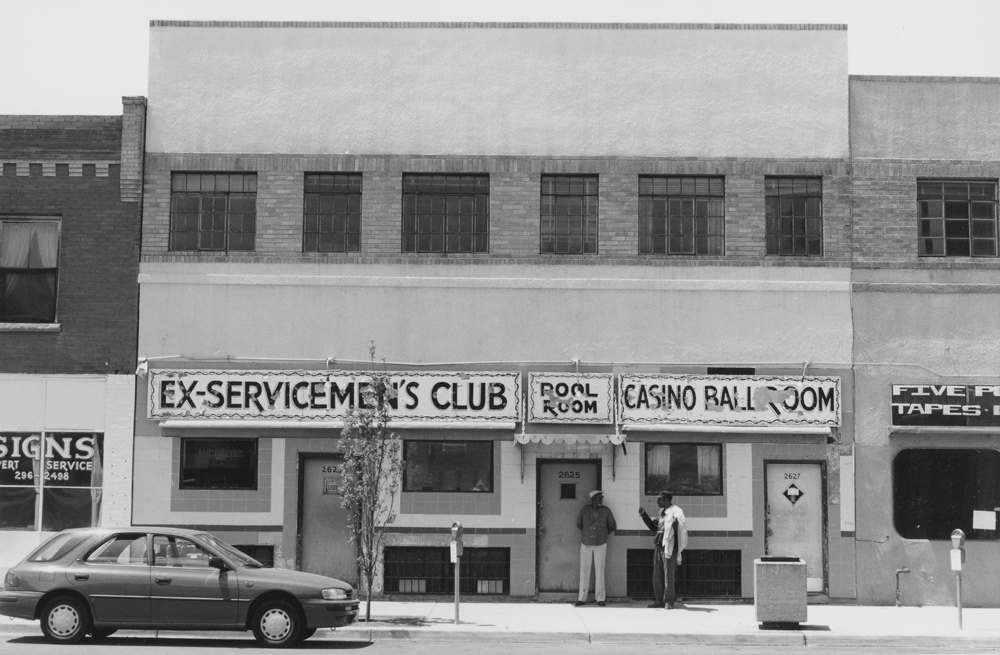 Photo of the Ex-Servicemen’s Club courtesy of Denver Libraries.

“Cervantes’ Masterpiece is very proud to occupy the Casino Cabaret music venue whose history dates back to the Cotton Club days of the 1930s when jazz greats such as Duke Ellington, Count Basie and Ella Fitzgerald took the stage when they toured through Denver. Over the years that Casino Cabaret hosted such acts as James Brown, BB King, Ray Charles, Ike & Tina Turner and countless others.  Even the old hotel above the venue used to house these musicians along with the Rossonian Hotel across the street.”

The Rossonian, the most important jazz fixture in Five Points, became a beacon of black pride and musicianship, while also being progressive in its inclusion of others. As the premier venue for jazz music in Denver, whites and blacks would stand shoulder and shoulder to catch some of the top talents of those days. Even Denver’s first integrated trio, the Al Rose Trio, found themselves to be an entertainment staple at the Rossonian. According to Rocky Mountain PBS special, ‘Rocky Mountain Legacy: Jazz in Five Points,’ due to segregation, white hotel owners wouldn’t allow African American musicians to stay in their hotels, so the Five Points community would open their doors to the entertainers, strengthening the community in the process. Even the Roxy Theatre, still at home at its 2549 Welton Street address, had its days as a dance club featuring an array of black talent. Welton Street was the blood of black life in Denver and Five Points. Even Jack Kerouac traversed the jazz joints of Five Points, documenting the beatnik scene in his novel On The Road. 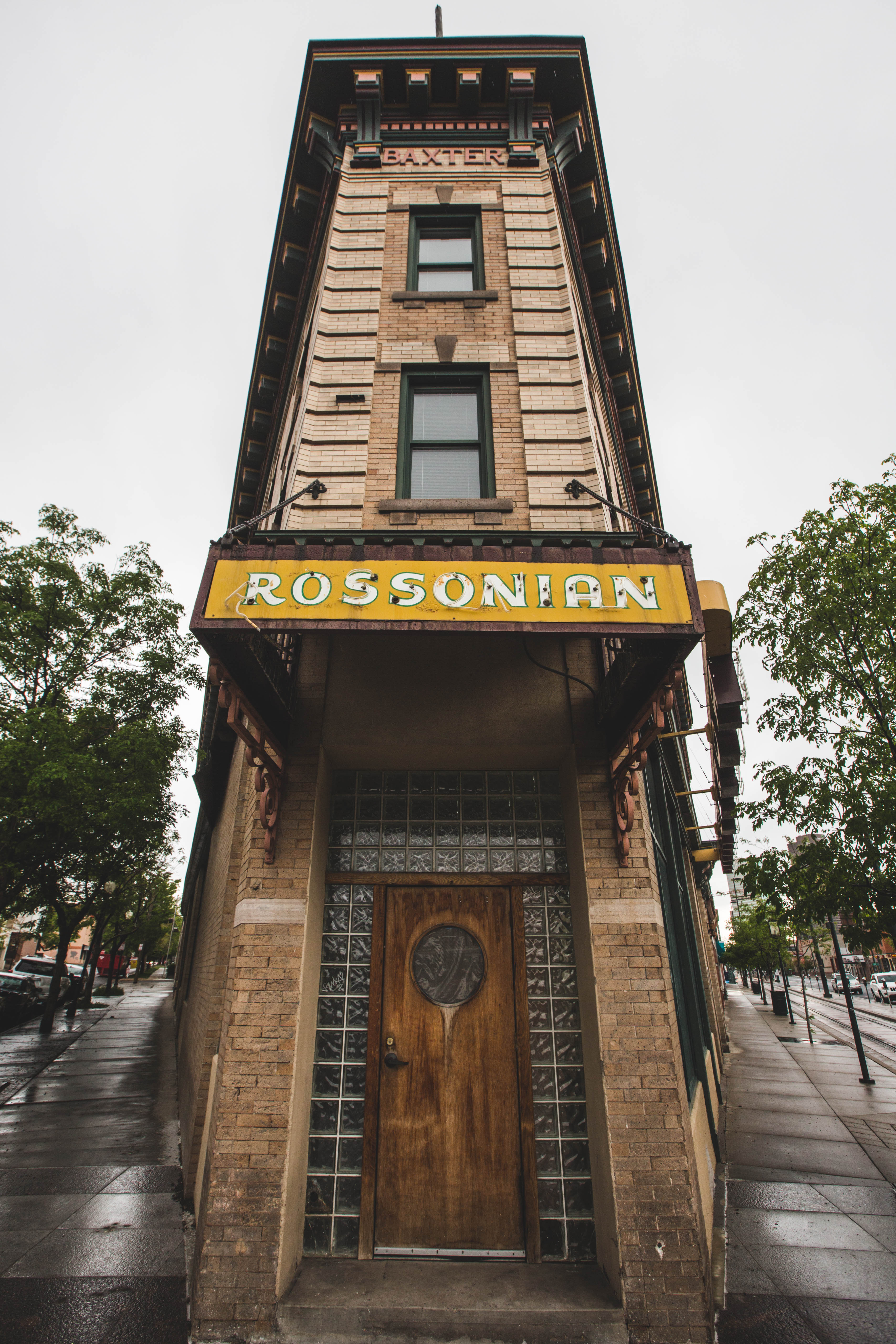 Alas, as the severity of segregation lessened, Five Points fell into decline and the music scene with it. Black people, at one point disallowed from progressing past Downing Street, were steadily allowed to move into other areas and entertainers allowed to stay and perform in previously White-Only establishments. Both the Rossonian and the Ex-Serviceman’s Club boarded up, the Casino Cabaret changed hands and eventually became Cervantes’ Masterpiece Ballroom, and the heart and soul of the area all but left. However, the Five Points’ musical legacy hasn’t perished. 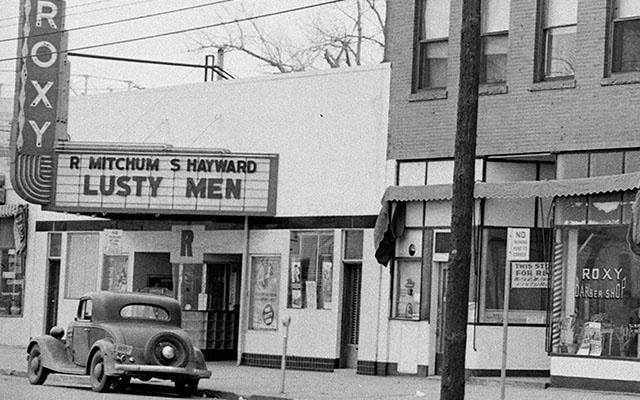 Black music will always have a home in Five Points. Every June, Five Points lights up again with a nod to its historical past as a refuge for black culture, in its Juneteenth Music Festival and in May for the Five Points Jazz Festival. While the area has changed demographically and the many locations have changed hands and names, Five Points is steadily making its return to glory. Businesses are returning, lines once again down the block to enter venues like Cervantes and the Roxy, and even foregone hangouts like the 715 Club have been reincarnated with respect to the neighborhood. As Denver’s first and only historic district, Five Points carved a legacy far outstretching the city limits of Denver and became a destination to celebrate black heritage and black art. It’s importance to black people and the history of Denver itself cannot be understated. Furthermore, in celebrating Black History Month, Five Points stands stark as the Rossonian in portraying that history in earnest.

Check out the full calendar of events at Cervantes’ here.