The Good Neighbor – 715 Club and its Return to Five Points

“I miss the days when I used to walk out my door and hear B.B. King play,” explained Mae Stiger, business owner and resident of Denver’s Five Points Neighborhood. Stiger and her husband Franklin have owned Stiger Barber Shop on Welton Street for over 50 years. During that time she’s seen the ebb and flow of the neighborhood’s evolution. “We’ve seen a lot of changes.”

Stiger explained parts of the neighborhood, which was once a famed hub for Jazz musicians, have faded — lost to another time. “You had everything down here you’d want. Didn’t have to go lookin’ for nothing…  A lot of businesses have closed,” she explained. “It’ll never be like it used to be.”

But this past week, a part of the former Five Points neighborhood has returned. Originally opened in the 1940s, the 715 Club is now operating again after a nearly three-decade-long closure. But like Mae Stiger explained, the neighborhood changed, and so has the 715.

Formerly owned by Charles Cousins, a pillar of Denver’s Black community, the historic bar is now operated by three partners, Sudhir Kudva, Corey Costello and Michael Reilly. The trio came to lease the building (which also includes the former Zona Tamales) after the current owners, a non-profit called the Bean Foundation, chose their bid over a slew of higher paying offers. According to the foundation’s lawyer, Wayne E. Vaden, their decision was not motivated by money, but by a set of criteria. The list included the project’s commitment to the culture and growth of Five Points as well as their experience with similar projects. Kudva, who owns two local neighborhood bars — Matchbox and the Squire— can claim experience in the latter stipulation. But unlike their other watering holes cemented in the fast-paced nightlife of Colfax and Larimer, the return of 715 isn’t just about opening another dive bar. Rather, it’s reinserting itself back into the legacy of Five Points.

“We are very sensitive to gentrification,” said Kudva. “I am Indian American; my two partners are white. So we are aware this is not our historic neighborhood.” 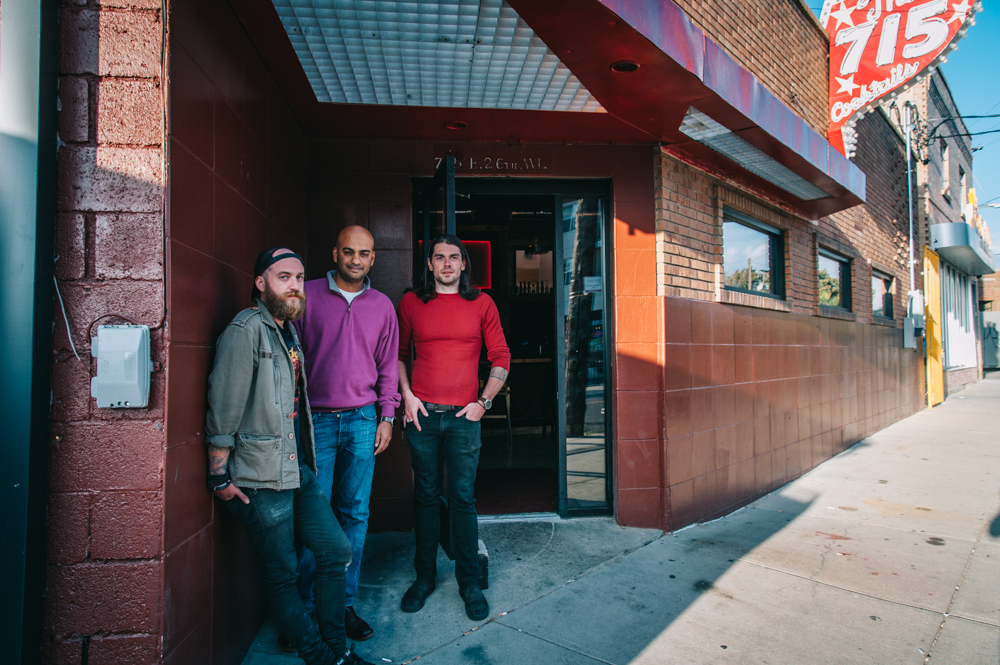 With a legacy as a historically black neighborhood, Five Points has always been at the heart of Denver’s African American history. Home to Zion Baptist Church, originally established in 1865, Five Points initially boasted Colorado’s oldest African American congregation. By the 1870s it was home to a large African-American population hailing from Georgia and subsequently, 22nd street became known as the “Deep South.” But it wasn’t until the 20th century that it blossomed into the epicenter of African American culture in Denver, with the birth of jazz. Deemed “Harlem of the West,” Five Points welcomed the likes of Ray Charles, Miles Davis and Ella Fitzgerald to its wealth of legendary stages.

“We had more clubs back then than we do now,” said Mae Stiger. “We miss the music the most.”

Now-a-days, Five Points is starting to look a bit more like the rest of the rapidly gentrifying Denver. Along its long corridor between 25th and 30th, you won’t find a jazz club, but rather a new craft brewery, a hip coffee shop and even a yoga studio. Just down the street a large crane looms, waiting to build on top of the storied history of Five Points.

This is perhaps where the new 715 hopes to buck the trend. As Kudva points out, while he and his partners are not African American, nor do they have historical roots in Five Points, their aim is to restore traces of the club that preceded it. But as we’ve come to discover, that decision may have been out of their hands all along. Because not only were the owners clear about what they expected of the new 715, but the neighborhood has taken extra steps to ensure its legacy is protected into the future. 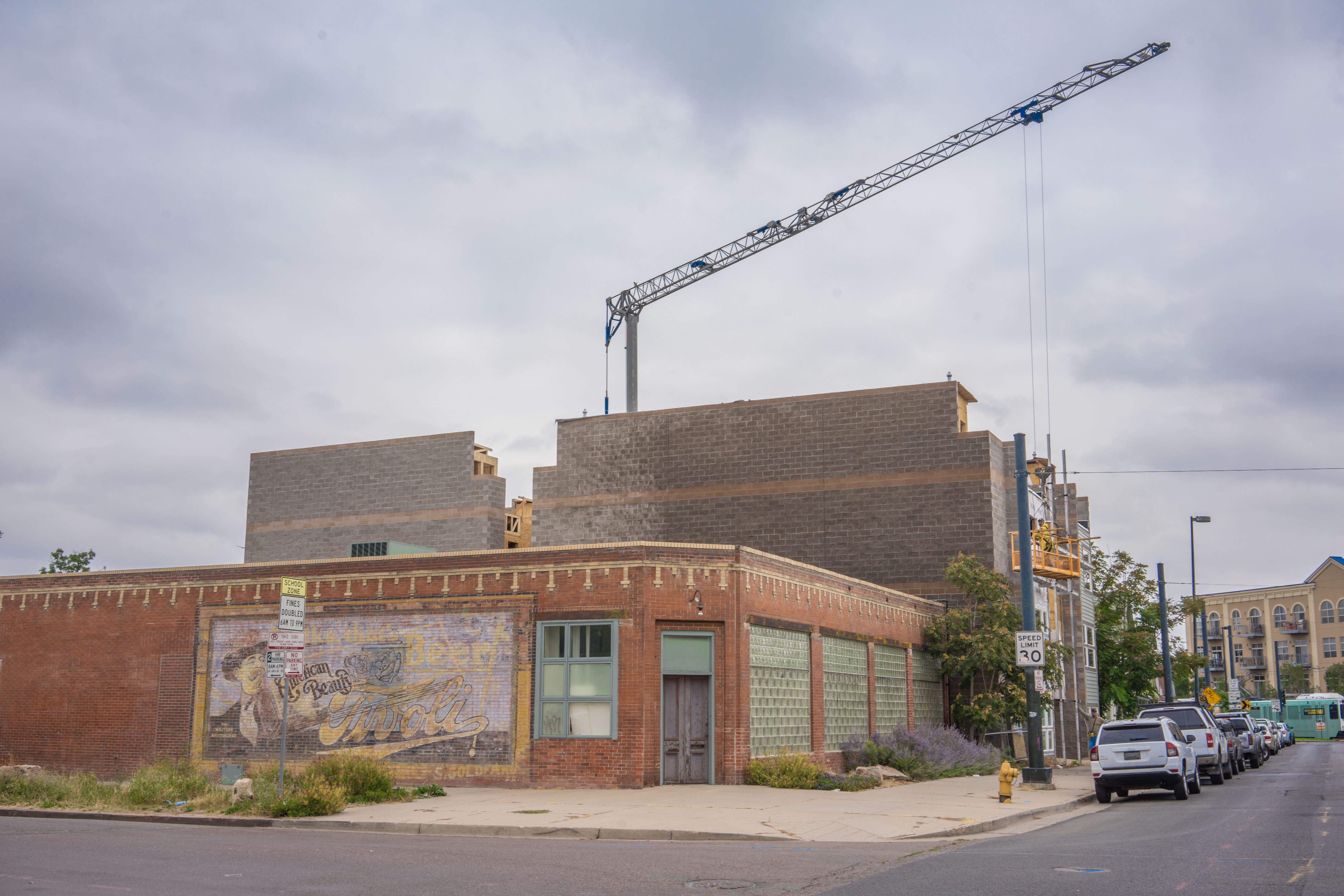 When Kudva and his partners were approved to take over 715, a deal was made. Named a “Good Neighbor Agreement,” 715 worked with Curtis Park Neighbors, the registered neighborhood organization (RNO) that includes Five Points. This agreement is attached to 715’s liquor license and includes basic stipulations like maintaining the noise level, employing proper security and not littering. But the Good Neighbor Agreement also includes broader promises such as agreeing to “preserving and enhancing the quality of life for the nearby residences and offices” and notifying the neighborhood in any changes in concept or targeted audience. Since it is attached to the liquor license it also applies for any future transfers and gives the RNO grounds to go to arbitration if the agreement is violated (although that’d likely be a tricky and long process). According to Kudva, these agreements used to be in “good faith” only.

These agreements aren’t uncommon between RNOs and businesses with a liquor license. However, it makes it clear why restoring the bar was a smart decision for the space, since it gave the neighborhood say in its initial phase and grandfathers in some sort of protection (although this could be a double-edged sword down the line). But as Kudva explained, the idea of being a good neighbor is meant to extend beyond the agreement.

“We donate profits and we do events. We donate space and we do charity work. That’s what we do at the Matchbox and the Squire,” explained Kudva, saying his current bars donate to charities like Rocky Mountain Finance, Bike Denver and the Rotary club. He also mentioned the bar is trying to actively buy the billboard directly above 715 and plans to give it to the community to use either for local art or promote community events

“We don’t want to be like, ‘Hey, we just want your money and if you don’t like us just don’t come in.’ We to be a good neighbor that causes more good than bad,” said Kudva.

“Anybody went to the 715 and it always stayed busy, from open to close. They had a jukebox and it played all day long.” – Miss Mona of Welton Street Cafe

The bar itself is also aimed to preserve as much history of the space as possible. The exterior of the 715, including the original signage, remains nearly identitcal— save for new patio and the old Zona’s going from Broncos blue and orange to black. Inside, despite extensive water damage, pieces of the old 715 live on, including the barstools that were turned into lights and a piece of framed wallpaper of dogs drinking at a bar.

Prices—like at the Squire and Matchbox—will stay low with plans to keep steady rates over constant deals and “gimmicky” promotions, as Kudva explained.

“We want some of the older patrons who have been in the 715 Club to feel comfortable and come back,” said Kudva.

Miss Mona, owner of Welton Street Cafe, seemed already intrigued by the return of the 715.

“I am gonna go over there and have me a drink,” she said, reminiscing that 715 used to be the place to be.

“Anybody went to the 715 and it always stayed busy, from open to close,” she said. “They had a jukebox and it played all day long.”

This commitment to serving the neighborhood and preservation of 715 might be what gave Kudva and his team the lease to the space in the first place. But the concept of being a good neighbor is what’s going to keep them in Five Points.

“It’s going to be interesting. There’s going to be push-back from all facets, from all aspects of the neighborhood. But we if are a good neighbor, we think it’ll work out,” said Kudva.