Fans of Meow Wolf have a little over a year and a half before Denver gets its own outpost, but that’s not stopping the artist collective from getting creative in the Mile High City anyway. Today, the creative collective announced their new concept — Meow Wolf Dark Palace: A Dance Obscura. Set to take place November 22 through 25 at the National Western Complex, Dark Palace will be “three nights to rave in the light.” It’s headlined by heavy-hitting electronic names like Claude Von Stroke, MK, Charlesthefirst and Dirt Monkey and more. On the local side, Late Night Radio, Mass Relay, Mikey Thunder, LYFTD, Nadasound and Option4 will all be in attendance repping for their hometown. Plus, a list of soon to be announced local artists are creating immersive installations to accompany and enhance the entire experience. Dark Palace is expected to be a dance party on a scale only Meow Wolf organizers could dream of.

“We’re looking forward to bringing the same sense of community we experienced at Taos Vortex
to Denver,” said Vince Kadlubek, CEO of Meow Wolf. “We’re excited to share this Meow Wolf
event and hope people will join us for the ride as we expand and create our permanent location
in the city.” 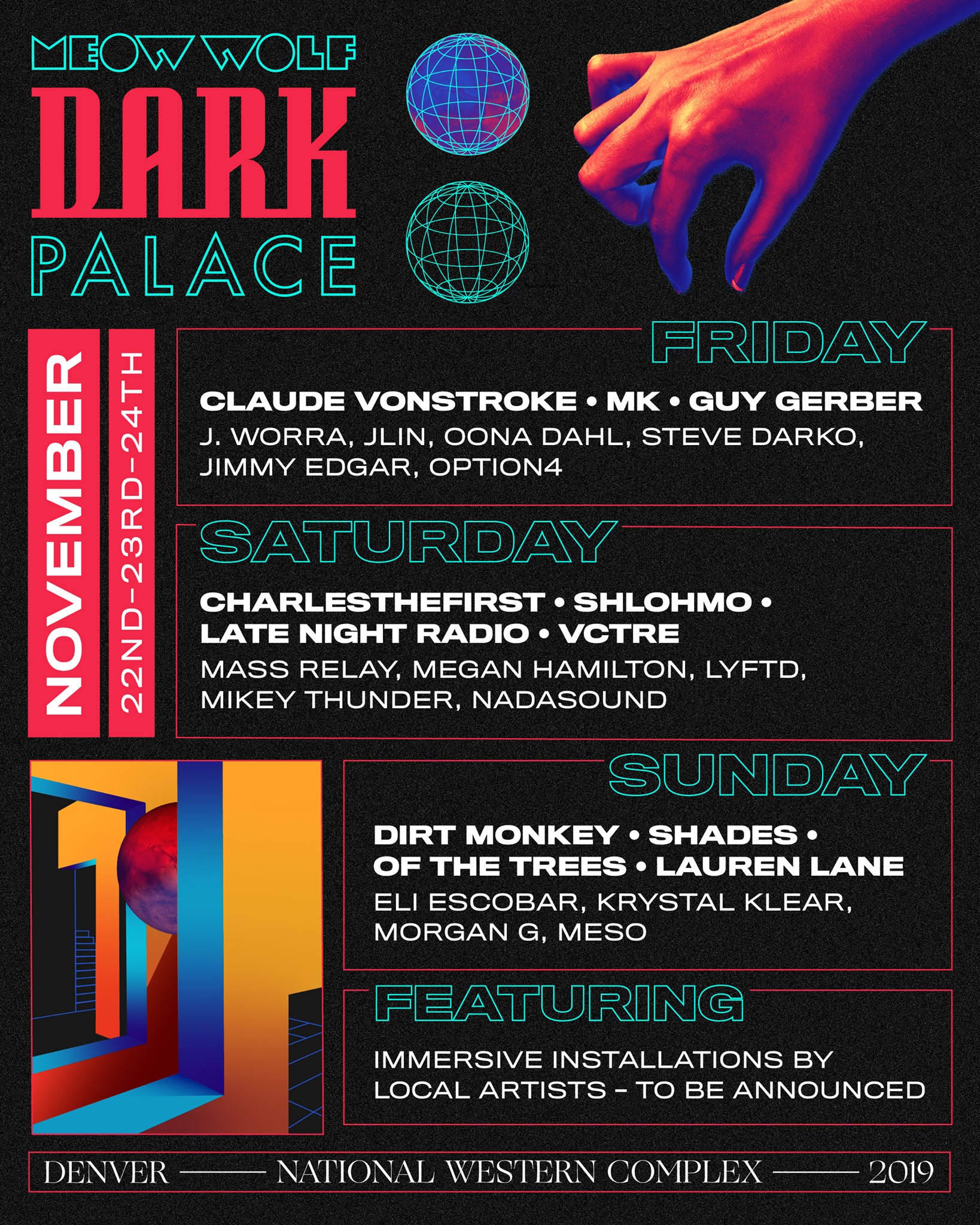 “Meow Wolf and Dark Palace are about fun, exploration and things that go bump in the night.
That’s what it’s all about: from the DJs who play it, the lighting designers who illuminate it, to the
artists who will install their art for it,” said Meow Wolf’s event director Max B.K. “The National
Western Complex is a gorgeous and fitting venue for Dark Palace – it’s an ancient, concrete,
voluminous maze that we’re thrilled to get to know for the weekend.”

Tickets for the event are on sale now, with day passes and weekend passes available.