On Friday, June 28, Red Rocks Amphitheatre welcomed back Widespread Panic for a three-night run set to take place through Sunday evening. Some genres are infamous for their fans, for example, jam bands are well-known for their cult-like, diehard followings. Dead & Company, the Grateful Dead project formed after Jerry Garcia’s death, still regularly sells out arenas over 50 years after their inception. Widespread Panic is no exception to the “fandemonium.” Panic currently holds the record for the most sold-out shows at Red Rocks, with this weekend pushing their sold-out night count into the low 60s.

Why do jam bands attract such a large and dedicated following? Sure, some people enjoy being a part of the hype, but there’s an undeniable sense of lasting community formed around these bands that long proceeds any temporary buzz. On Friday, June 28, Widespread Panic proved to a virgin fan (myself) exactly why people keep coming back. 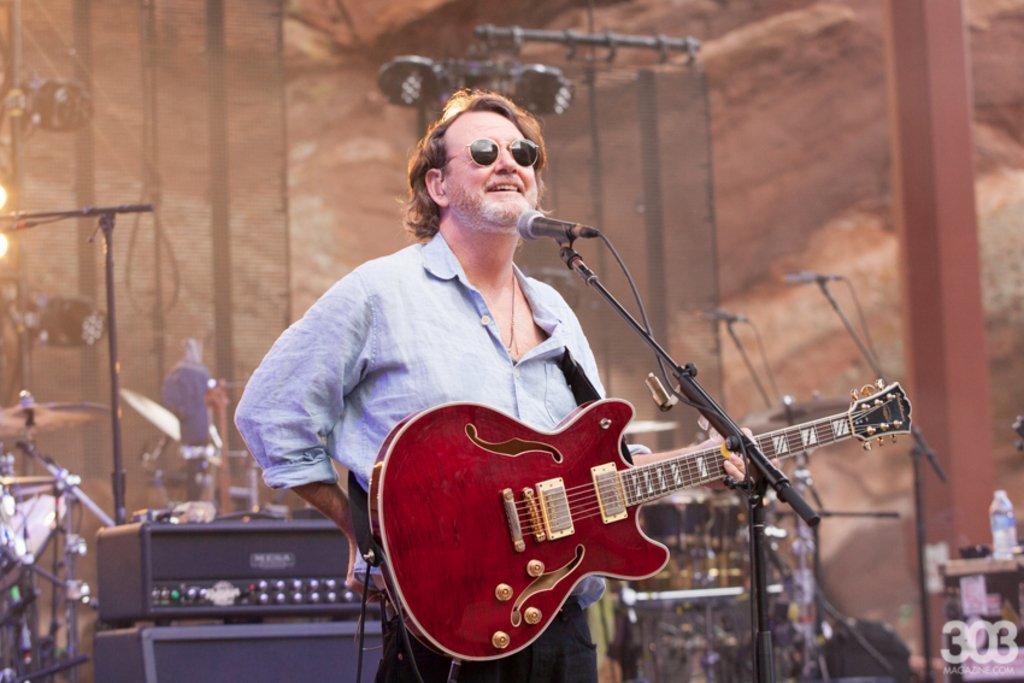 Community plays a vital role within the jam band scene. From the moment one steps foot on to the parking lot, there’s an immediate and undeniable sense of camaradPerie among the Widespread Panic family. Fans take pride in showing off their creative bootleg band t-shirts and collection of band-related hat pins. Snippets of stories from decades of following the band on tour weave throughout the reunions that take place among friends throughout the night. Widespread Panic is the central force that brought this family together, but the sense of community is what keeps them coming back.

The jam band style is an intuitive, feeling-based approach to creating music. Widespread Panic, like all jam bands, weave their songs between stretches of improvisational “jams” to create a fluid stream of music that never fully stops throughout the set. Decades of dedication to the craft allows Panic to let the music flow through them. The result is a unique concert experience every time, with no song or setlist every exactly the same. For music lovers, it’s the ultimate audio treat. There’s no chance of boredom as it’s impossible to guess what comes next, which is partially why so many people continue to follow jam bands for the entirety of their careers. 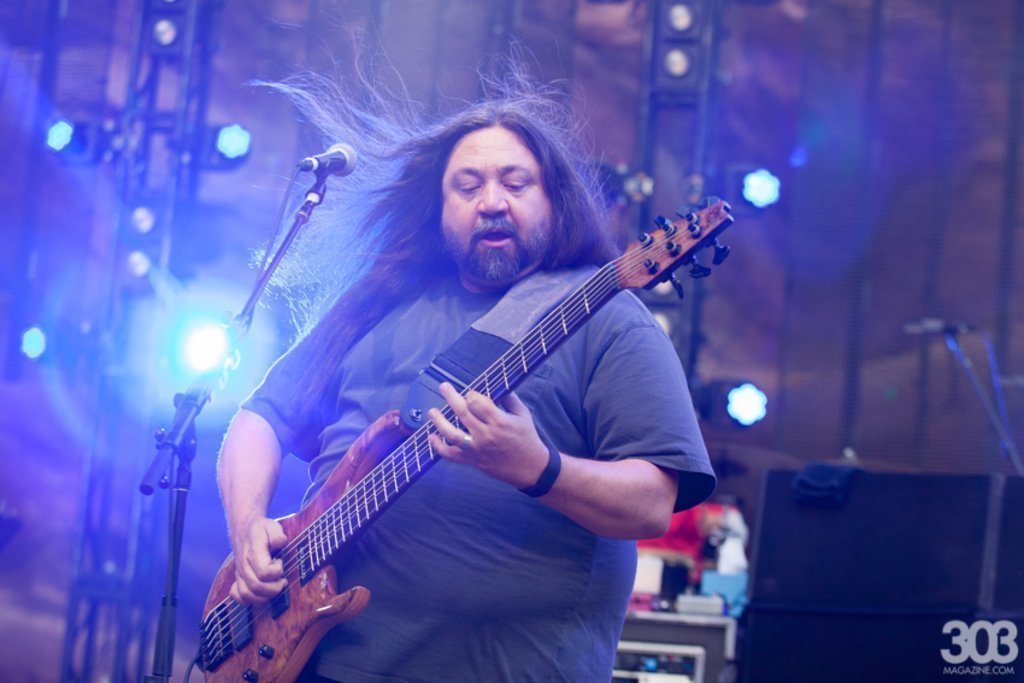 The showtime was set for 7:00 p.m. and although the band didn’t take the stage until 7:45 p.m., the crowd didn’t seem to mind. Like a huge family reunion, the Panic clan spent the extra time catching up with old friends and laughing with new. It’s nearly impossible to feel like a stranger at a Panic show — even it’s your first time. The love fans have for the band and fellow followers creates an immediate bond among everyone in attendance. Friendly introductions, hugs and group chants of excitement come with the territory.

A celebratory roar swept across the venue as the band stepped foot on the stage. No introduction needed — Panic immediately jumped into “Puppy Sleeps” which resulted in a dynamic dance party among the crowd. An invisible force swept over the band as the first note rang out. Each member fell completely in the zone and began releasing the creative forces that reside deep in their soul. 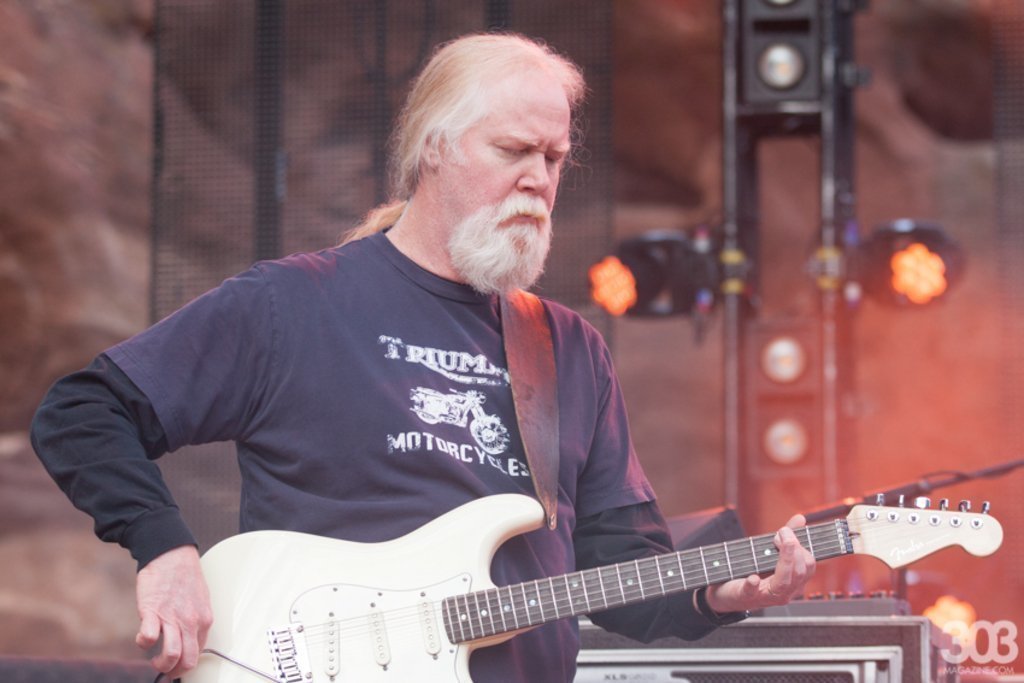 Guitarists John Bell and Jimmy Herring’s fingers moved at lightning speed, delivering some of the most technically advanced yet seemingly effortless sounds I’ve heard to date. It became instantly clear that each member was purely creating from the heart and drew from a lifelong dedication to music. With eyes closed to help focus on the feeling, each member of Panic relied solely on instinct to deliver the experience. Regardless of what direction the jam took, the immense talent the group possessed ensured a mind-boggling reaction throughout the entirety of the night.

Both the crowd and the band equally fed off each other’s energy, which allowed the excitement and captivating feeling to build until the climax of the night, an encore of “Rumble” and “Chilly Water.” As the evening came to a close, I reflected on how this unique community and concert experience came to be. 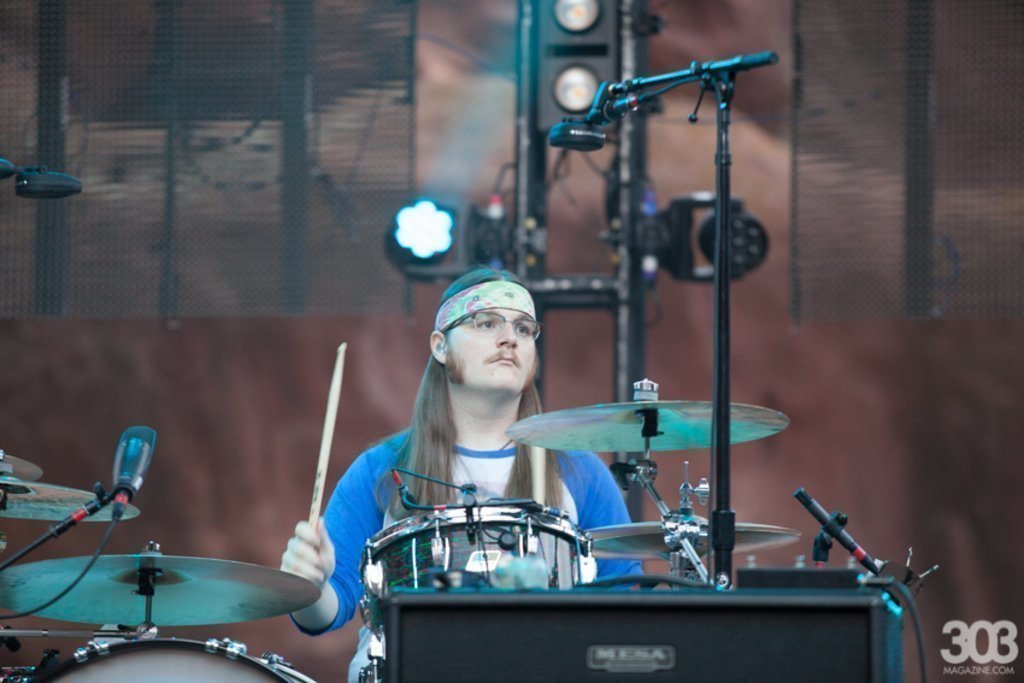 Jam bands continue to draw a dedicated following because at the heart of all the sold-out shows, is love. Panic isn’t on stage for the paycheck or fame — they clearly love the craft. The fans don’t come back time and time again for the Instagram-worthy shots, they crave the sense of community that grows from a love of the band. In today’s world where our differences sometimes become more apparent that our similarities, jam band shows remain a haven for those who crave that sense of connection. That sense of community so many of us desire is alive and well. This weekend, Panic reminded us all that we have many more reasons to celebrate than divide, you just have to look around.