If there’s one thing that can make the ongoing airport construction a little less stressful, it’s more beer. Fortunately, two of Colorado’s most renowned craft breweries are ready to serve up pours of their award-winning beers this month at DIA. First up, Denver’s Great Divide just cut the ribbon on its new brewhouse and first ever restaurant located in Concourse C.

Dubbed the Great Divide Brewhouse and Kitchen, the new spot features its full lineup of craft beers, alongside a rotation of small-batch and seasonal brews. Also in honor of the new restaurant, they also released a new beer call Amelia Mary Blonde Ale. If you’re craving a cocktail, you’ll get the best of both worlds as some still feature Great Divide’s beer such as the Chairlift which includes Colette Farmhouse Ale. 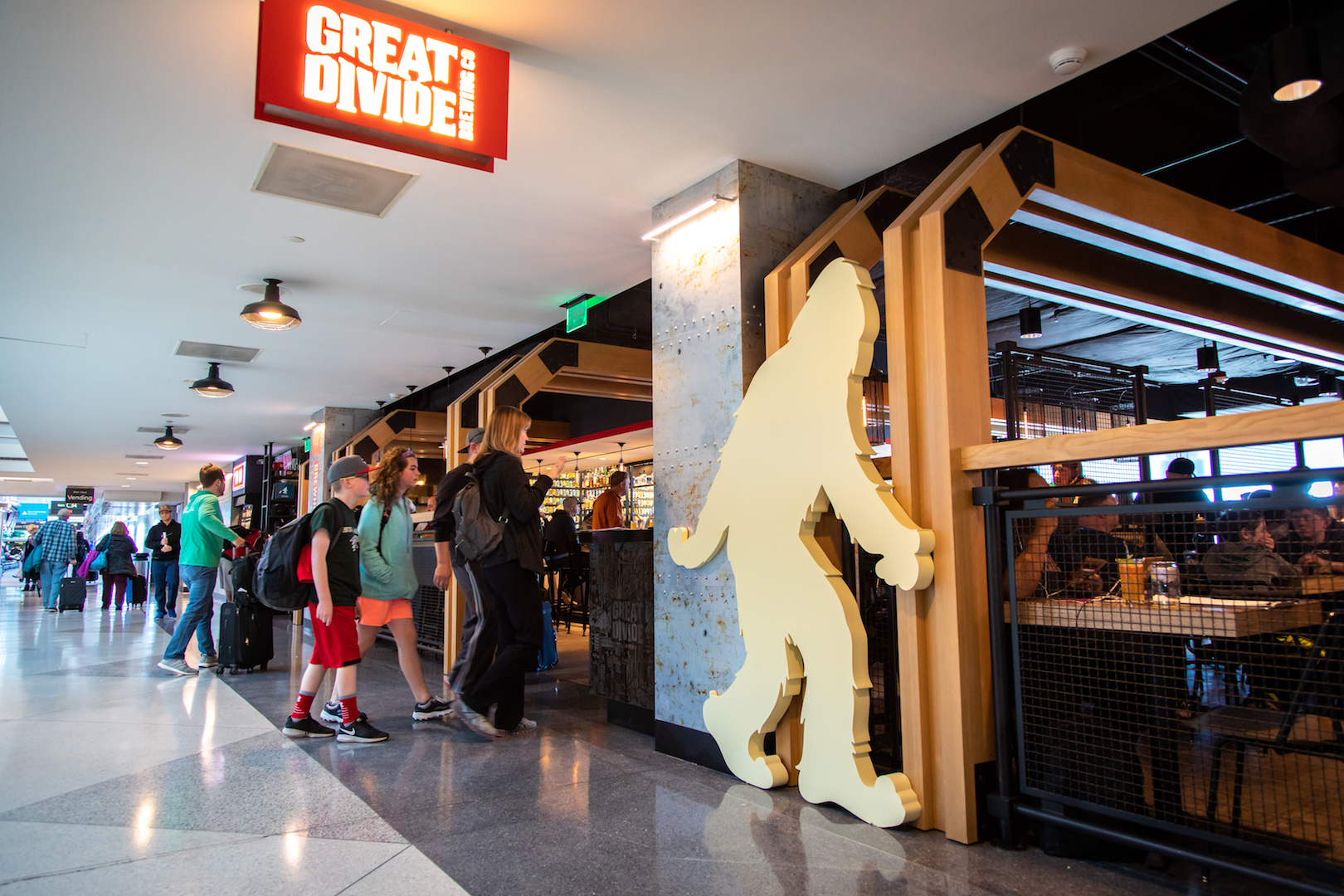 As for the food, Great Divide is working with HMSHost — a company that works with airport restaurants around the world. But despite the corporate partnership, Great Divide is touting the menu as chef-driven with beer-infused menu items like Yeti-braised short rib tacos and Farmhouse Ale chicken. Small plates such as Colorado lamb meatballs, zucchini frites, bison chili, as well as a breakfast menu featuring breakfast burrito and chicken and waffles, round out the menu. Like many other airport restaurants, there will also be a  grab-and-go section for drinks and snacks.

“Great Divide opened in 1994 and ever since DIA opened in 1995 we’ve been interested in having a location there,” said Great Divide Brewing Co. founder, Brian Dunn. “It feels great to see it finally come to fruition with our partner HMSHost! Great Divide has been in the Denver community for 25 years and having the Great Divide Brewhouse and Kitchen on Concourse C supports our strategy of being a strong regional brewery with a focus on our own backyard.”

For New Belgium, the grand opening of its new hub comes next week on April 18. Similarly, the Fort Collins born brewery is also opening a restaurant and taproom hybrid. Located in Concourse B, it’ll feature 20 draft beers with iconic beers like Fat Tire Amber Ale and Voodoo Ranger IPA anchoring the selection, alongside seasonal and limited releases and their legendary wood cellar beers. It’ll also have beer-centric cocktails.

As for the menu, New Belgium went with local chef  Paul C. Reilly — the executive chef and owner of beast+bottle, Coperta and Pizzeria Coperta — to develop to its offerings. Although the menu hasn’t been released, knowing Reilly, the menu will likely focus on seasonal ingredients with an Italian bend. This new spot, unlike Great Divide, isn’t the first location for New Belgium in DIA. Rather, the brewery has a hidden spot way in the back of Concourse B that may only be familiar to United patrons who have small regional departures. This new location, more centrally situated, will likely expose more people to what New Belgium has to offer.

So, if you’re a fan of craft beer or have a tendency to get stuck with delays, DIA has a few new spots for you to post up and kill some time.