Underground electronic music producer xxxy — whose real name is Rupert Taylor — is slated to debut in Denver at the Black Box on Friday, December 14. Born in the UK and is currently based in Berlin, the seasoned producer and DJ has been a fixture of UK’s bass and house music scene for a number of years. With releases spanning from the label Ten Thousand Yen to Rinse F.M.’s own imprint, Rinse Recordings, xxxy has mastered the art of engaging his listeners with his versatile mixes and rich dance tracks.

Some of his earliest tracks, such as his 2014 release “Werk,” demonstrate the diversity in Taylor’s discography. The more garage-leaning dance hit runs at around 135 beats per minute (bpm), a notably faster spin than the average house track, which tends to sit at around a comfortable 120 bpm. While Taylor’s earlier work runs a little faster and off-kilter than his more recent, four-on-the-floor house tracks, both styles come together during his DJ sets — giving fruition to a style of mixing that transports listeners through a range of tempos, styles and subsequent dance moves.

Local DJ Emyli Dahlia will warm up the dance floor for xxxy with her signature style of dark, raving techno. An unstoppable force in both her musical and professional endeavors, Dahlia has been living in Denver since 2005 and since has become a fixture in Denver’s underground dance music circuit. She is a member of the artist collective Beyønd and DJs across a number of venues in Denver, as well as nationally. You may have heard her spin some heavy-hitting tracks at Beta or at Tennyson’s Tap, which hosts a weekly techno takeover from the Beyønd crew every Tuesday. 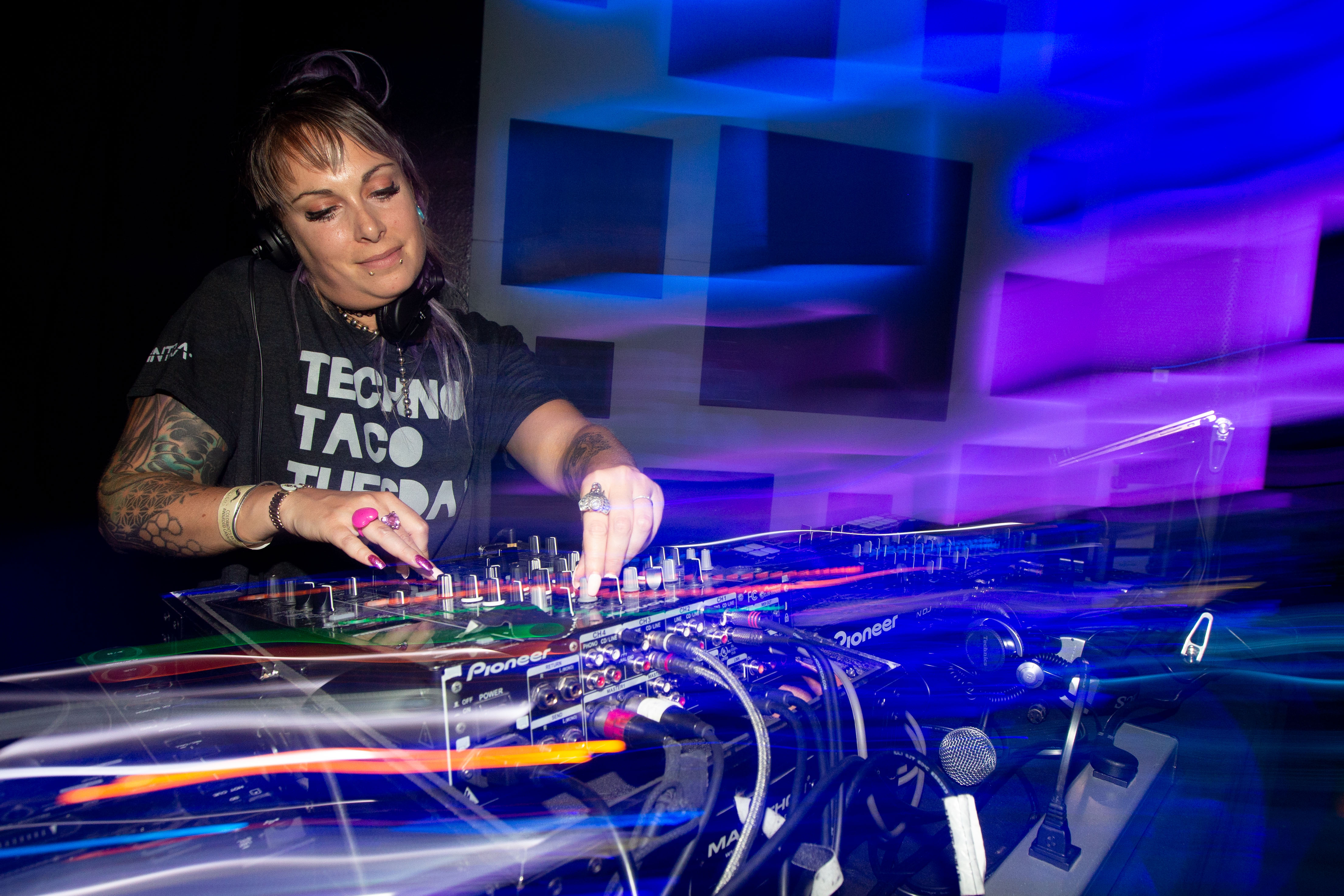 Sidechick is the alter-alter-ego of Kevin Kirkland of Nocturnal. Performing under the Sidechick alias as well as the name of Pragmatist, Kirkland alternates between the two depending on the type of music he’s spinning. When playing harder techno, he opts for the Pragmatist title — yet, like the headliner xxxy, the scope of Kirkland’s mixing ranges so widely it can’t be contained by one DJ name alone. Kirkland will kick off the evening with shuffling, syncopated beats in a night guaranteed to get bodies grooving on the floor.

This night is a departure from the usual techno leanings of all three DJs. The dark, 2-stepping bass wobbles and deep drum kicks often heard reverberating through The Black Box will not have as much of a presence, if any, this weekend. Instead, the DJs and the venue alike have opted for a weekend of refreshing change by injecting faster beats. The house tracks often selected by xxxy tend to have muted yet prominent synths, and the various drum kicks, snaps and claps hardly ever stay right on the 4/4 beat. In a city where four-on-the-floor techno a la Berghain is the current hottest underground club trend, we eagerly welcome house tracks that are so fast we break a sweat within minutes of hitting the dance floor.

Go here for tickets to the show at the Black Box on December 14.