RÜFÜS DU SOL is somewhat of an anomaly. First and foremost, their mere existence as a successful three-piece electronic act swimming amidst a sea of standalone DJ’s and producers is a feat in itself. Couple that with the omnipresent nature of their music — from storefronts to yoga studios, the music they create is innocuous yet strangely and uncompromisingly identifiable, and always has been. The winning combination of their pseudo-EDM aesthetic and lead singer Tyrone Lindqvist’s poignant wailing has sold-out venues all around the world, in the process, making the band one of the most in-demand electronic acts of today, and rightfully so. This past weekend, the trio returned to Denver for two back-to-back sold-out shows, proving the hype train isn’t stopping anytime soon. 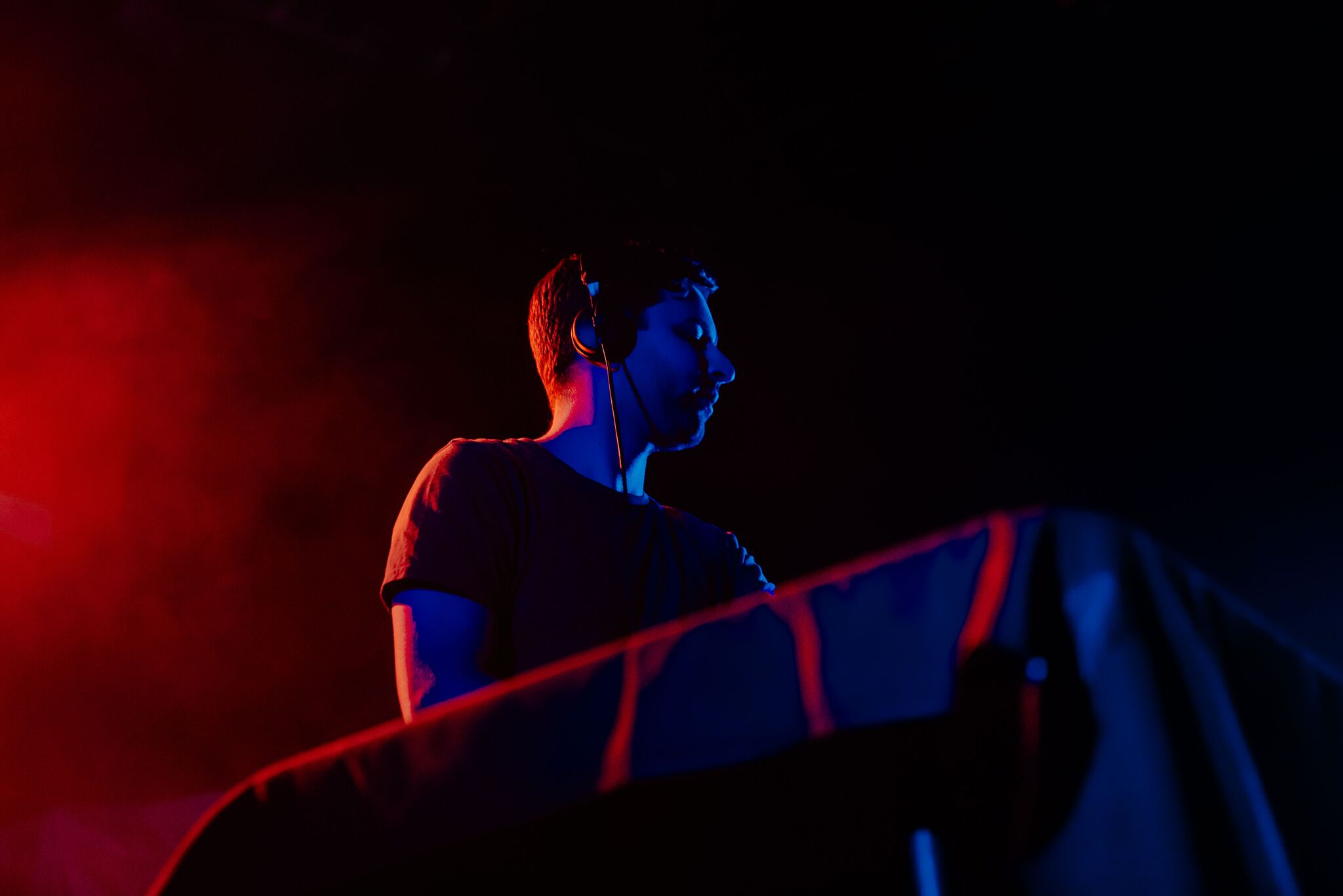 The Fillmore was a packed house far before the first opener and fellow Australian Cassian hit the stage. Transitioning through a mix of deep house and a touch of techno, Cassian broke the ice of the frigid auditorium kick-starting the dance party. Following Cassian, Denver-based Lane 8 upped the ante delivering an absolute transformative set. Featuring almost all originals, Lane 8 dove through his prolific discography in seamless accord. In fact, many of his songs were reimagined specifically for the live arena. The sparkling arpeggio of “Diamonds” was born again mashed-up against deadmau5’s “Not Exactly” to a euphoric pinnacle while songs like “Fingerprint” chugged hard bating an inevitable and bombastic climax. Lane 8, who encourages his fans to stow away their cellphones during his performance, made no attempts at The Fillmore, and he didn’t need to, as everyone watching was rapt in the moment, impervious to outside distractions. 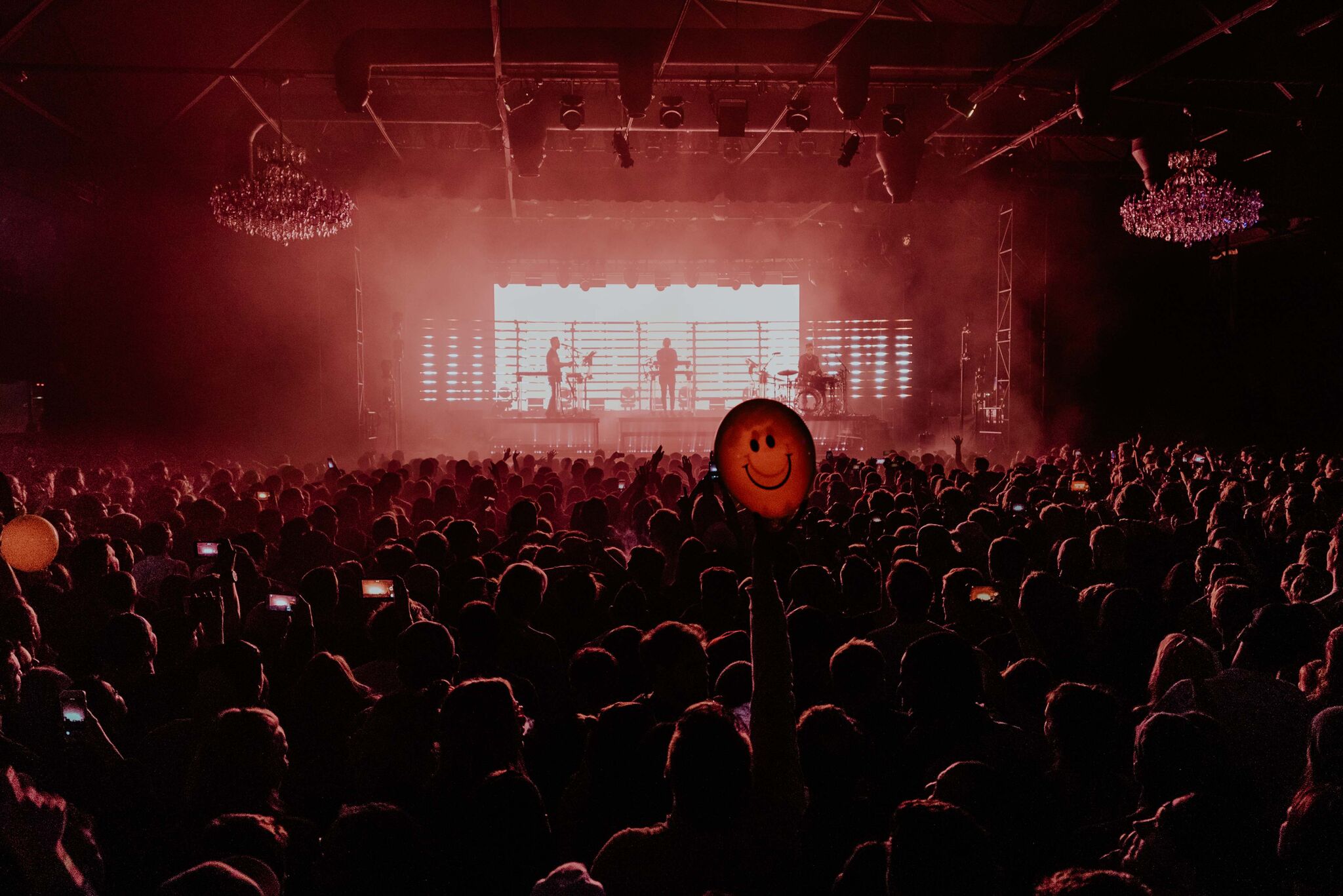 It was almost overwhelming when RÜFÜS DU SOL finally took the stage. The already packed room grew tighter, the fans rowdier and the energy more intense. With the setting of the house lights, the cheers rose as the band dove headfirst into their song “Eyes.” The propulsive bass-drop marked a turning point for the electronic trio, expanding the horizon of their sound all the while amplifying the fan’s expectations. Bright lights shone behind the band perched on high risers, clear from every vantage point, as they confidently performed. Needless to say, the RÜFÜS DU SOL who’d sold out the Gothic Theatre two years prior, had leveled up in a big way. 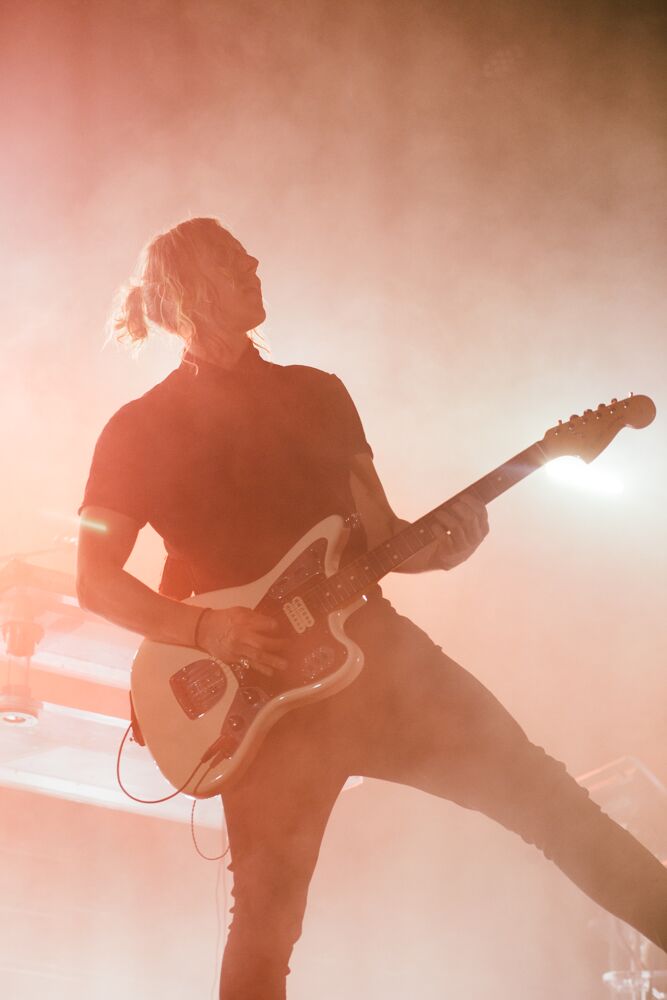 Though they may be bigger stars, the band doubled down on crowd favorites — from the new album, SOLACE, to their older material in Bloom and Atlas, assuring that they hadn’t forgotten where they’d come from. “Like An Animal” riled the crowd into a frenzy, “Underwater” crackled with a fiery desperation and a surprisingly gripping cover of Portishead’s “Glory Box” slyly ripped through the crowd. Though the snow fell outside, The Fillmore was aflame — lit up by the stage, and smoking from the friction between our feet and the floor. If this performance was any indication, the hype behind RÜFÜS DU SOL won’t diminish anytime soon. In fact, with their sheer momentum propelling them, that hype train might as well be a runaway.

All photography by Alden Bonecutter and Bridget Burnett.