Review – Daydreams with RÜFÜS DU SOL at the Gothic Theater

I found myself submerged in a sun-drenched fever dream during RÜFÜS DU SOL’s back-to-back sold-out shows on November 19 and 20 at the Gothic Theater. What felt like floating was the complete submission to the music that came from not only RÜFÜS DU SOL, but from openers Cassian and Dena Amy, whom, for their own part served to perpetuated the idea that I was living a dream. I could in fact, close my eyes and take myself back to these moments where the floor was oozing with ecstasy without trepidation, where the each moving body was seamlessly connected in sound and mind, or when each voice rose together like a wall obstructing any influence that would dare interrupt, but it wouldn’t do justice. RÜFÜS DU SOL makes music that lives, breathes and feels and on some level able to communicate in a way that touches each person in a profound way. It was nothing less than a celebration of life in the truest sense. 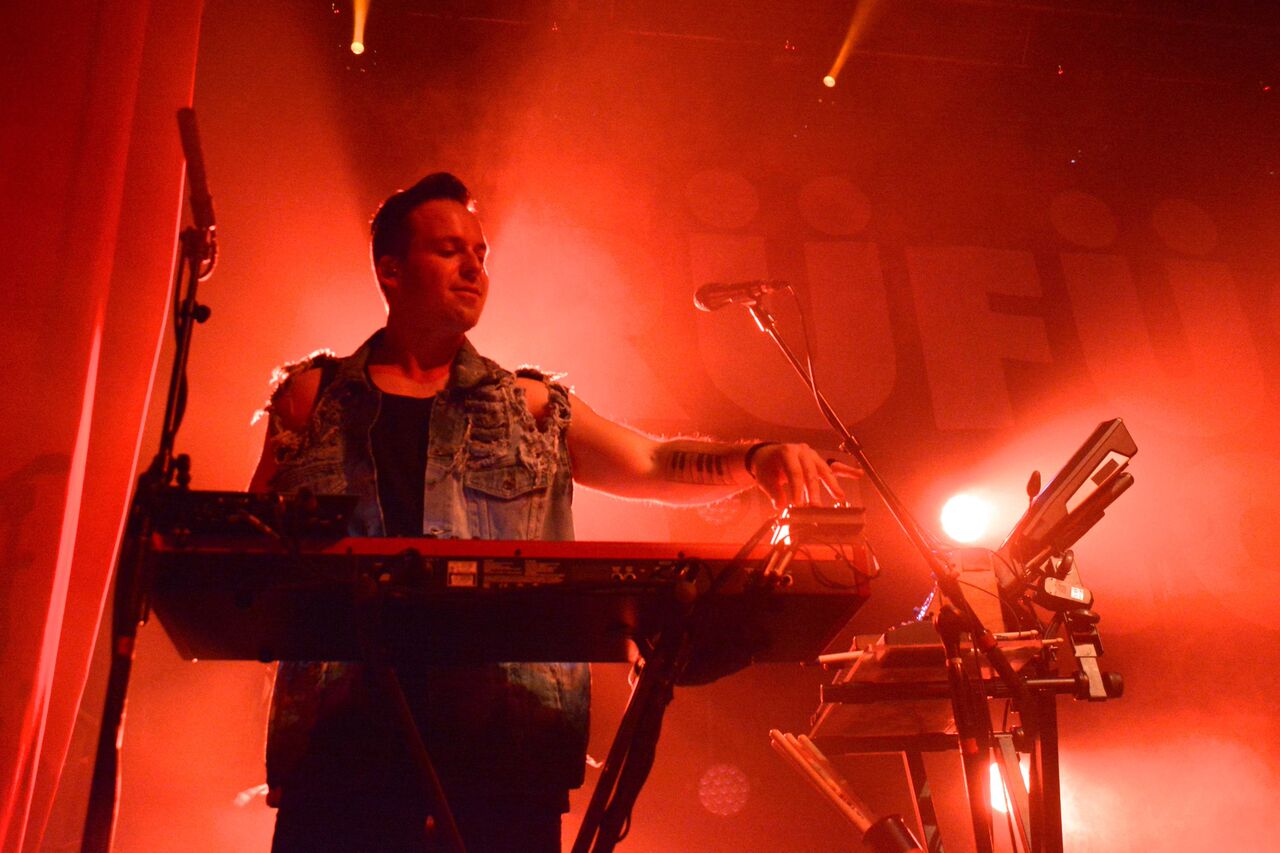 Australian DJ/producer and vocalist Dena Amy started off with mesmerizing and charismatic DJ sets, capturing the mood of the room with a poise few major DJ can even muster. Amy ‘s set was so unbelievably solid that the majority of the audience couldn’t hold back their enthusiasm and disbelief that a female DJ could get down in such way. In an arena with very little female representation, Amy not only held her own but she damn near proved she could carry the show on her own. In the buoyancy of her set, the whole room was awash in people dancing in air. 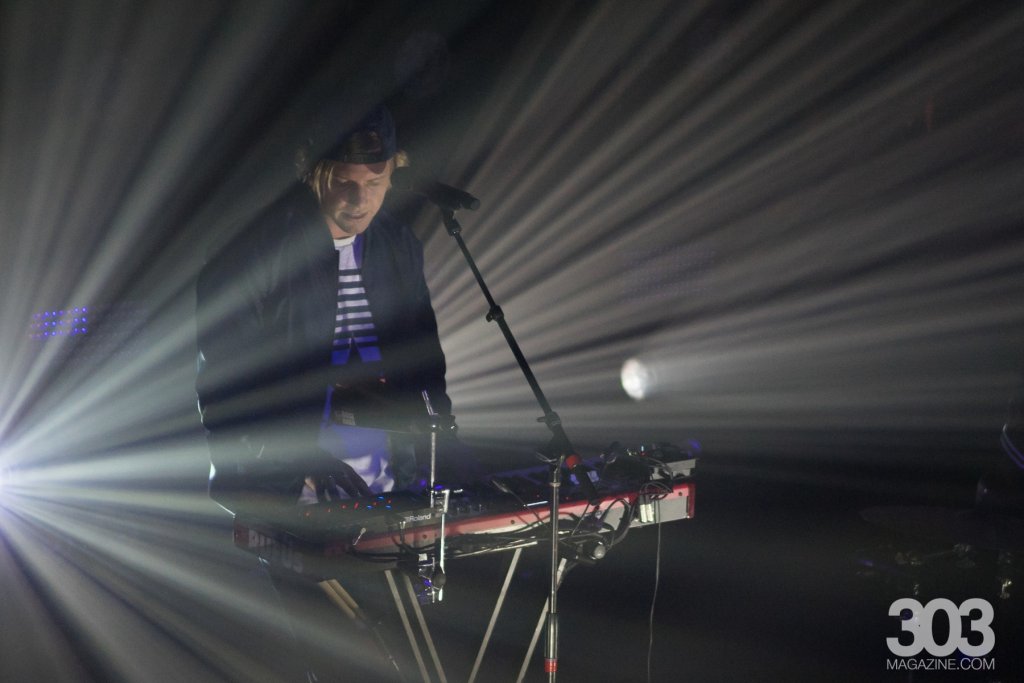 Following Dena, was the acclaimed Cassian who delivered an immaculate set, filling the Gothic Theater with irresistible Nu-Disco and indie house music. If we were dancing in air for Dena’s set, we had reached the ceiling by the start Cassian. I was virtually swimming in the lights, dancing with the strangers around me and basking in the every song the DJ/producer threw our way. While some of the set was shared between both nights, it didn’t matter as Cassian never failed to keep the dream alive, dropping one blissed out jam after another. 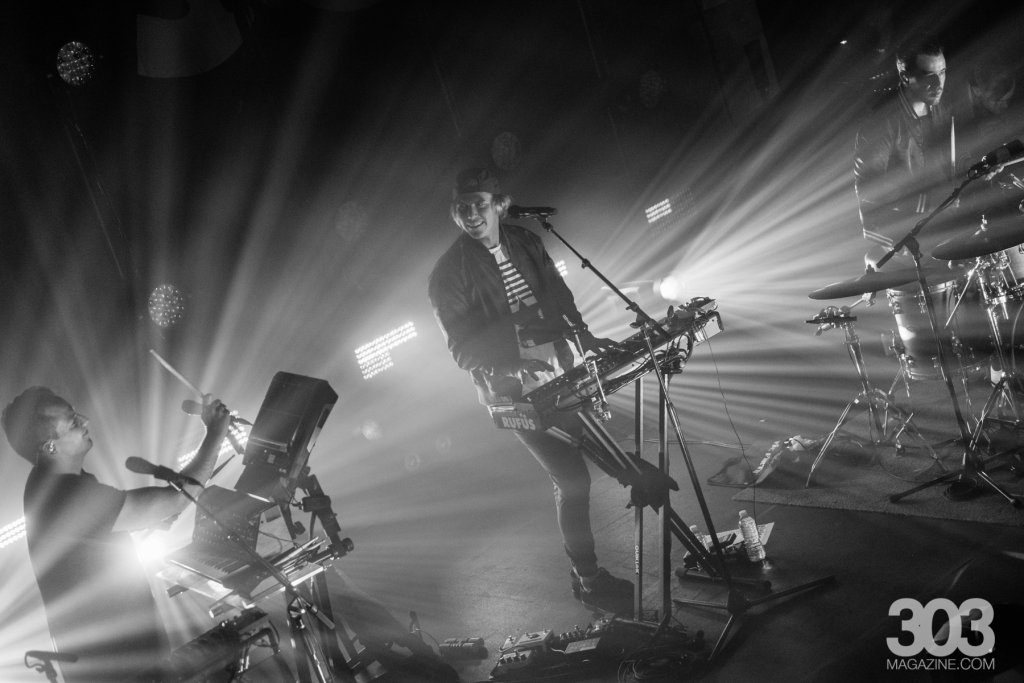 When RÜFÜS DU SOL took center stage the room was overflowing with excitement.  As I mentioned before, RÜFÜS DU SOL’s music touches people, and through the night hearing how their music helped people get them through hard times, this was their night to let go.  The euphoric entrance was only to be pervaded by the first song “Be With You,” which served as one of the most rousing openings I’ve heard in recent memory.  The band themselves are very humble and unassuming as I learned in my interview before their show, but this fact shined through every song making for a very genuine performance.  Despite traveling the world over and returning to play Colorado for the third and fourth time this year, their personal excitement for the show was just as high as the audience’s.  They spanned both their albums Atlas and Bloom, reenergizing old cuts like “Desert Dream” with cinematic drum fills and they even brought back Dena Amy to sing on the rarely played “Hypnotised” in the middle of the show.   I closed my eyes through most of the show, and just felt the music wash over me.  Had I truly been asleep and this a dream, I would have never wanted to wake up, as the scene inside the Gothic was for but a couple hours one of the most beautiful things I’ve ever witnessed.  When the band eventually reached their quintessential track “Innerbloom” you could just look around and see the pure emotion on each face as they were dreaming with their eyes wide open, making the most of the moment…before it was time to wake up. 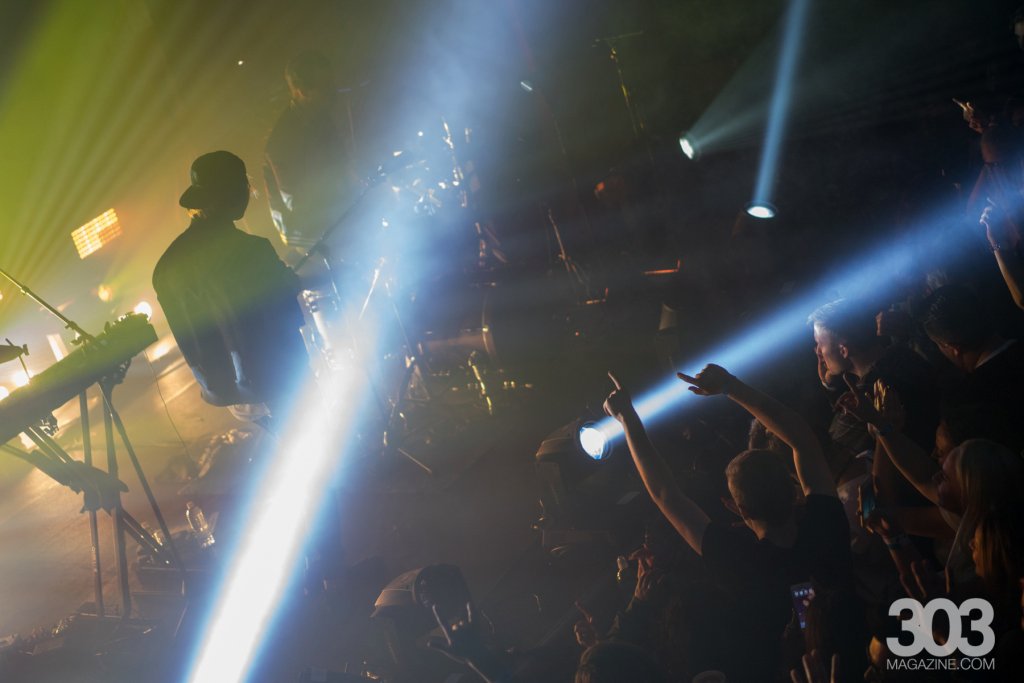 Check out our gallery of Night Two here by Kiddest Metaferia.