The next big food hall is still churning out announcements. From Pizzeria Coperta to a new location of Biju and an “Ottoman” inspired outpost from Daniel Asher, Broadway Market isn’t pulling any punches. This time around the concept is welcoming several businesses that are familiar with the food hall concept. Mondo Market, Misaki Sushi and Miette et Chocolat are all current vendors at Stanley Marketplace and are set to join the space when Broadway Market opens in January 2019. This makes sense since the Broadway Market comes from Eclectic Collective, whose partners helped open Stanley Marketplace — as well as The Source, Zeppelin Station and Avanti Food & Beverage.

For those unfamiliar with the new tenants, each concept brings something different to Broadway. Mondo — which also has a location at The Source — will open MondoMini for a scaled down version of its other markets. Here it will offer a curated selection of popular goods such as sandwiches, salads, soups, cheese and charcuterie boards and grab-and-go deli items. 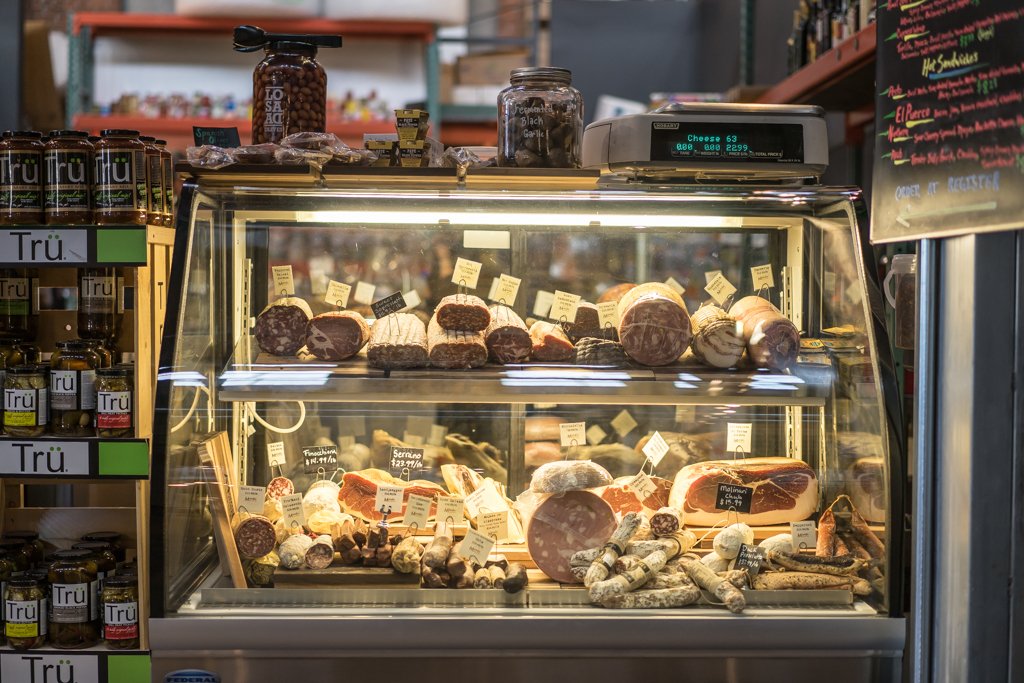 Mondo Market at the Source. Photo by Roman Tafoya

“For the past 18 years I’ve lived in Denver, I have driven past this location almost every day,” said Nicolas Farrell, co-owner of Mondo Market. “This was an easy ‘yes’ for us because of the amount of traffic that passes this location, and the proximity to the Capitol Hill, Golden Triangle and Baker neighborhoods. Combine that with the line-up of concepts coming to Broadway Market and it is looking to be a very special project.”

Next on the list is Misaki. Unlike Mondo, Stanley was the first location for the sushi spot. Now it is planning its second outpost on Broadway and will include the addition of an oyster bar alongside its traditional Japanese offerings. Owned and managed by Charlene and Robert Thai, the duo will bring their extensive knowledge of the industry to the heart of Denver. Charlene will handle the importing and sourcing side as she manages Asahi Food, an HAACP-certified seafood warehouse and importing company, whereas Robert will focus on operations by tapping into his decade of experience managing sushi restaurants in and around Denver.

For the last tenant — we saved the sweetest for last. Miette et Chocolat, a popular patisserie at Stanley Marketplace, will grow its concept with a retail location at Broadway. Here people can grab chocolate confections, pre-packaged chocolate gifts and a variety of sweet snacks.

“We are excited about moving on to a different part of the city where even more people will have access to world-class chocolate treats and confections,” said Miette et Chocolat co-owner Gonzo Jimenez.

Construction is underway for the new food hall and is set to finish in December with a January opening. But in the meantime keep your eyes peeled for more announcements as we’re sure the new spot isn’t done quite yet.

Broadway Market is located at 950 Broadway, on the border of the Golden Triangle and Capitol Hill neighborhoods. The project is set to open in January 2019.