A New RiNo Block Party is Bringing a DIY Funhouse, 20 Bands and More to Curtis Street

A few years ago, local artist and photographer Lewis Neeff started a small underground costume party for his friends. It was a place to share music, have fun and dress up in silly attire — all to inspire people to express themselves in whatever way they wished. This year, that underground party is opening to the public and is being called “Temple Tantrum.” Instead of an underground fiesta, Temple Tantrum will be a two-day block party on September 1 and 2 in RiNo on the roads surrounding the Temple Arts Center by PlatteForum.

“When I set out to create Tantrum I wanted to create a space where people could be literally whoever they wished,” Neeff commented. “Without getting overly political, I believe the role of an artist is to create culture.  I wanted to make something that brings folks together to create a new type of culture.” 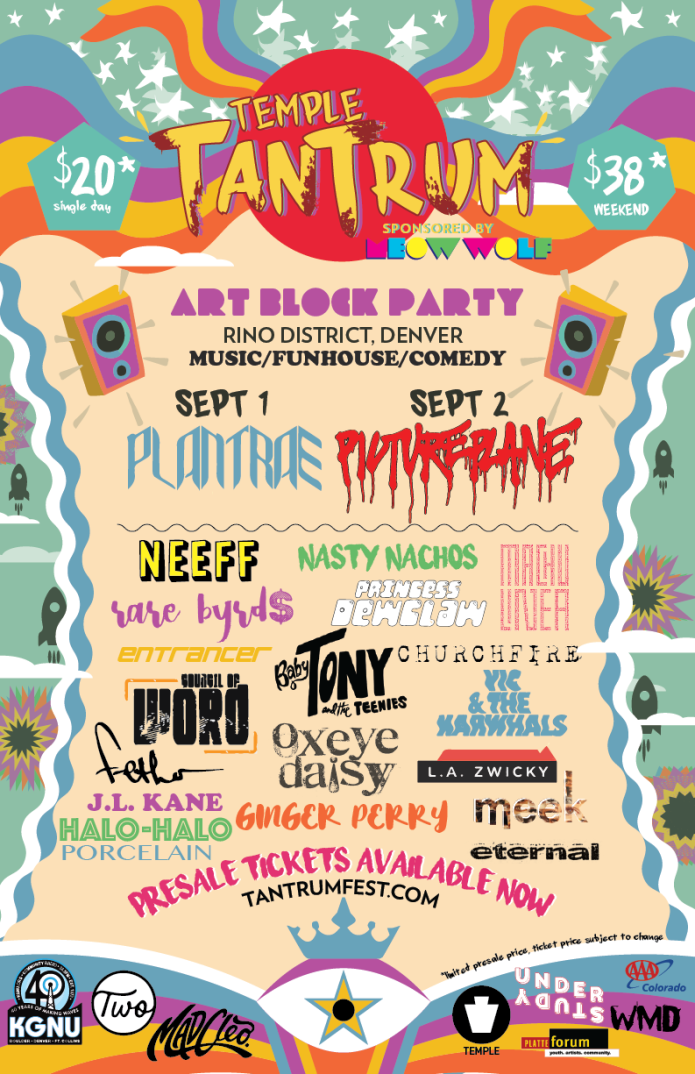 But Neeff and his friends aren’t alone in creating this new block party. Local art gallery and nonprofit organization PlatteForum has been the main beneficiary of Temple Tantrum and the famed artist collective Meow Wolf has given the costume party their sponsorship. About the partnership, Neeff explained, “Meow Wolf has been so wonderful to us! They have provided a significant amount of funding to our festival as well as help promoting and guidance. They’ve really allowed us to take this thing to the next level and let us keep our full artistic freedom.  We are so much bigger with their help. I feel like Alice after she eats the cake and outgrows the house.”

It makes sense that Meow Wolf wants their trendy logo on this event, too. As a self-proclaimed “one part music festival, one part alternative arts festival,” Temple Tantrum is exactly the kind of function that the Santa Fe art group hopes to aggrandize. Meow Wolf’s exhibitions (both temporary and permanent) not only focus heavily on music — with regularly scheduled late night concerts at their Santa Fe exhibition and an entire concert venue planned for their Denver one — but obviously, their psychedelic art installations fall into the “alternative” art category.

Plus, Temple Tantrum and Meow Wolf share the desire to keep the DIY art scene alive and well in Denver. Just last year, Meow Wolf contributed thousands of dollars to Denver DIY spaces like Rhinoceropolis and Glob, in the hopes of improving their legitimacy, safety and longevity. On The Tantrum’s website, it states “The Tantrum looks to make space for gritty creatives in a growing city where it is becoming increasingly difficult for organic and DIY events to survive, especially without risking their artistic integrity.”

So what exactly will the event be like? Neeff half-jokingly stated “who doesn’t want to see a chokeslam and a muppet?” referring to the possibility of the event featuring things like puppets and wrestling. But that’s only the tip of the iceberg with The Tantrum because the two-day block party will include 20 bands on two stages, stand-up comedians, food trucks, a costume party and a DIY Funhouse.

Some of the bands to look out for include church fire — an electric duo that uses guttural vocals with deep bass and synth sounds — and Neeff himself. And if you’re more into the visual arts, the DIY Funhouse will include work from local artists like Drew Austin, Sandra Fettingis, Alex Anderson, Tara Worley, Annie Garcia, George Perez, Brianna Gonzalez, Charles Russell and more. 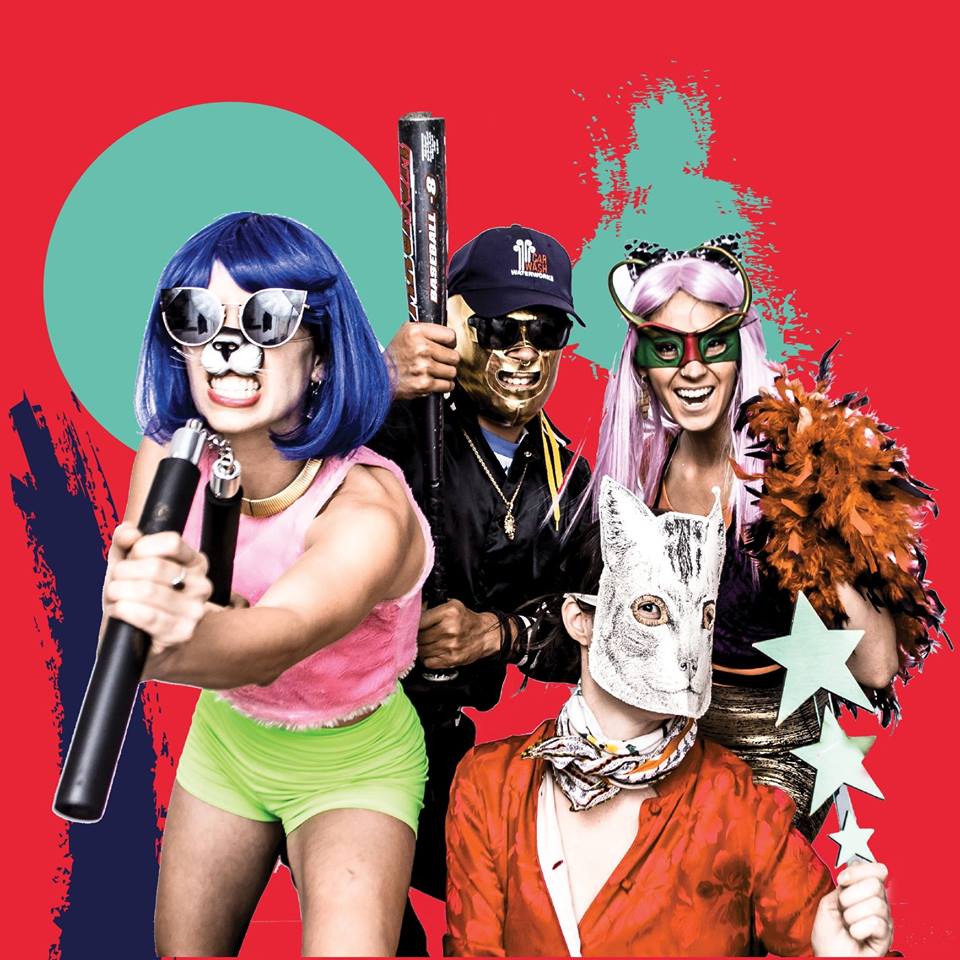 Even though the party will happen regardless of funding possibilities, Neeff and his partners have created an Indiegogo campaign to raise money to pay artists and help with some of the hard costs — like permits. After all, it’s not free or easy to shut down a street for a few days. “I’ve been lucky enough to have the guidance of my friends over at Two Parts during this process because there is definitely a lot to do.  It’s also very important to notify the neighborhood, so I’ve been speaking with the leaders of the Curtis Park Neighborhood Association as well as all of the surrounding businesses,” explained Neeff. “We are a small group of people doing a lot, so even If we don’t make our goal we will still have a few more thousand dollars to throw towards artists and scaling up!”

They are still on the hunt for artists to be involved, too. According to Neeff, they’re open to proposals from installation artists, outdoor artists and performance artists. And, in case you were on the fence about attending still, Neeff shared one of his insights about throwing the event — “I hope people leave with a renewed sense of creativity, a few new friends and a strange haircut.” If that doesn’t make you curious, we don’t know what will.

Want to be involved? Send an email to [email protected] or donate to their Indiegogo campaign, here.