Denver is lousy when it comes to recycling.

Compared to its peer cities such as Seattle, Washington, and Austin, Texas, Colorado’s capital recycles less than half of what they do, according to a 2016 report by Eco-Cycle. And if you look at the entire nation as a whole, Denver residents recycle 14 percent less of their overall waste than the national average.

There are multiple reasons for why this perceived “green” city is so bad at maintaining that reputation. For one, Denver residents are not afforded convenient and consistent recycling and composting services. The city does not require apartment complexes with seven or more units to provide recycling carts to its residents — and most don’t. This leaves a large portion of Denver’s population with two options for disposing of their waste — either bag up all of their recycles with their trash and just throw them away or drive their recycles to a drop-off center.

READ: Why Denver Sucks at Recycling

Also, not all businesses in Denver are required to recycle, and for those that do, there isn’t much being done to track that data. That’s huge considering Denver businesses generate around 55 percent of the city’s municipal waste, according to a report from the Colorado Public Interest Research Group (CoPIRG) and Eco-Cycle.

Since the alarming report was published, Denver has started to take initiatives toward making the city more environmentally sustainable. As a result, Colorado adopted its first set of statewide recycling goals. Prior to that, Colorado was one of only 12 states that did not have such goals. Even so, Mayor Hancock’s goal to increase Denver’s recycling and composting rate to 34 percent by 2020 seems far-reaching considering where the city currently ranks in its recycling practices. In 2015, Denver recycled only 18 percent of its waste. The city made a two percent jump the following year, which means that rate of growth will need to increase if there is any hope of reaching 34 percent by 2020. 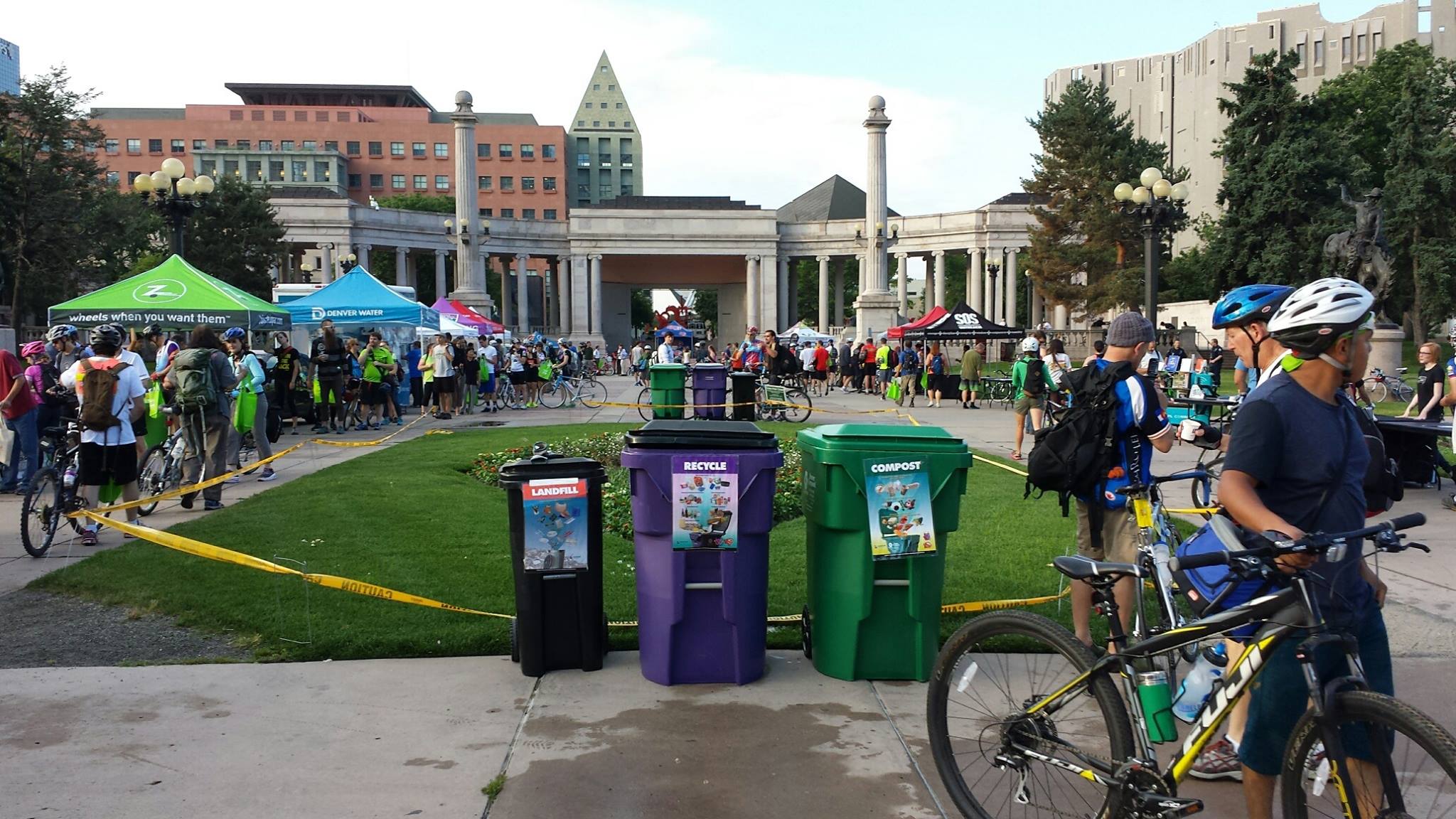 Last November, Denver expanded its compost routes, making every neighborhood in Denver eligible to receive composting services. That doesn’t mean that every household in the city is already taking advantage of them, though. There are about 176,000 households in Denver that are eligible to participate in the city’s composting program, but only about 12,000 of them actually do, according to Denver Public Works. It seems that although Denver’s Solid Waste Management added six new compost routes in 2017, which now allows every neighborhood to be eligible to receive their services, the quarterly price of $29.25 could discourage people from using them when curbside trash disposal and recycling services are now “free” (figured into their taxes and not fee-based). According to Charlotte Pitt, the manager at Denver Recycles, there is a lack of education and incentives that propel the disparity of those who recycle and compost and those who don’t.

“Currently, about 50 percent of what Denver homes throw away is organic material that could be composted,” she said.

This creates a huge opportunity for Denver to become a sustainability leader, but that’s only going to happen if the city is able to educate and incentivize its residents to recycle and compost. Denver Public Works (DPW) and Denver Recycles are diligently working to push educational initiatives to teach people about the importance of diverting their waste.

“Composting is critical to working towards zero waste, and that’s why DPW is so focused on growing this program,” said Pitt.

In a city that is seeing an increase in the number of apartment complexes being built to accommodate the rise in housing demand, this is a major area of focus for government officials working toward Mayor Hancock’s 2020 sustainability goals.

It’s important to note that Denver is not currently battling a landfill space crisis, which has in other states caused a shift toward an increase in better waste diversion practices. Residents haven’t been met with the stark news that their landfills are full…yet. So they are completely removed from the grim reality that improper waste disposal is having on the environment in which they live. 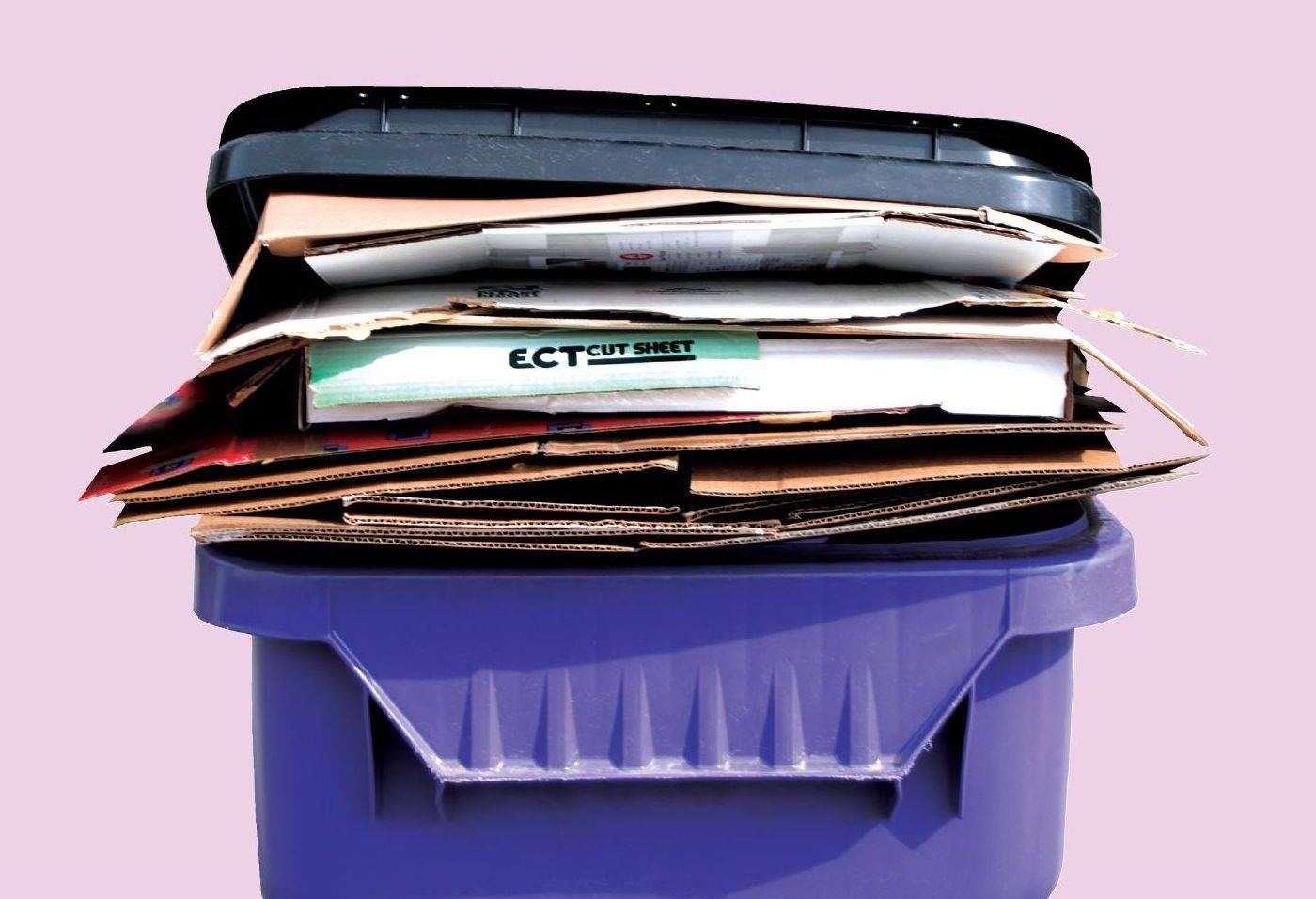 In late summer of 2018, DPW will launch a new program to make it more convenient for Denver residents to recycle. Homes that are not already subscribed to the city’s no-fee, opt-in recycling program will automatically be delivered recycling carts that they can fill up and leave at the curb for pickup. Denver Recycles and Solid Waste Management will deliver the carts to homes with less than seven units. And then DPW and The Recycling Partnership, a national recycling non-profit that works to improve residential recycling, will offer them educational crash courses on how to divert more of their waste into the recycling bin and why it is so important to do so. DPW found that many residents who do recycle aren’t actually recycling everything that they can from their overall waste.

What makes it particularly difficult to increase Denver’s household recycling rate is that non-composting/recycling disposal of household waste in Denver is very inexpensive. The city collects over 256,000 tons of trash at Denver homes each year, and roughly half of that is organic material that could be composted, according to the City and County of Denver. It seems people would rather forego the city’s composting fees and just dispose of all their waste in the landfill because it’s cheap and easy.

Something the city has been talking about for a few years now but has yet to implement is a “pay as you throw” trash service. That means the more trash you throw away, the higher your bill will be. Recycling and composting rates would be offered at more attractive rates, which would encourage people to divert their waste away from the landfill. Pitt from Denver Recycles didn’t say that the city is still considering this option as they move into their 2019 budget, but she did say that other cities who have implemented it have seen increased diversion rates.

How Businesses are Responding 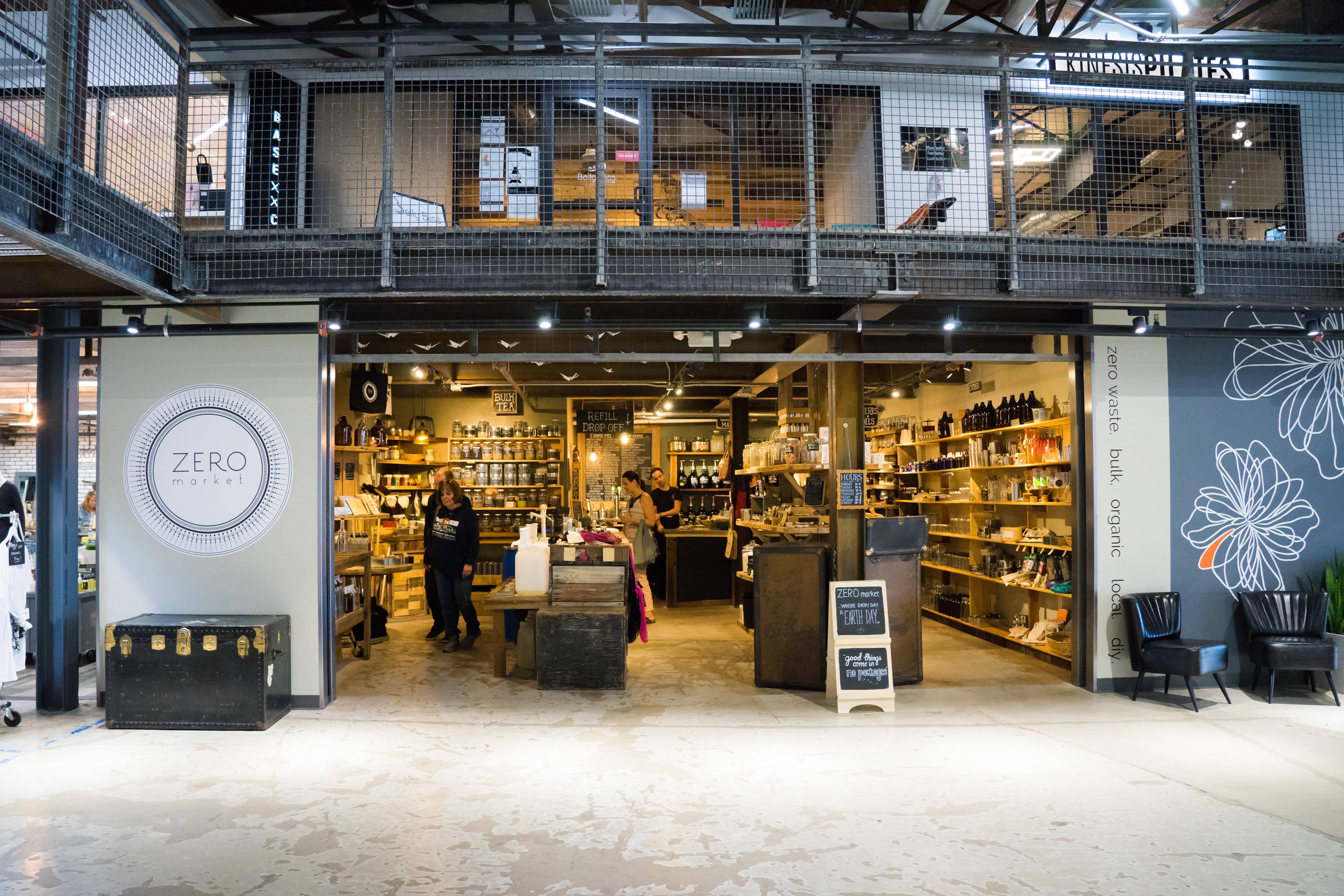 While the government and the city are working to better Denver’s recycling and composting practices to achieve a 34 percent recycling rate by 2020, there is still more that needs to be done if the city wants to meet that diversion rate.  Some local businesses are aware of that and are starting to tackle the issue themselves by encouraging their customers to contribute to landfill diversion. Places like Zero Market, which is Denver’s first zero waste market, sell a wide variety of bulk ingredients to customers who bring their own containers to refill. Some food halls in Denver are also leading the charge by encouraging Denver residents to change they way they dispose of their waste. Places like Zeppelin Station and Stanley Marketplace all have a good reputation when it comes to their recycling and composting practices. And if you happen to stop into an Illegal Pete’s in Denver, you will now be served with 100 percent recyclable and compostable products.

READ: 6 of the Greenest Food, Beverage & Farming Businesses in Denver

“Working with Eco-Products out of Boulder we have replaced all of our service items with either recyclable or compostable products,” said Illegal Pete’s chief operating officer, Dan Klehm. “We will be continuing to look for additional opportunities to reduce our waste in our kitchens and through better restaurant design. We are hopeful that our industry can continue to lead positive change by demonstrating responsible business practices.”

Recently, Eco-Cycle crafted a letter addressed to Mayor Hancock for Denver residents to sign that pushes for better recycling opportunities and resources. It urges him to “make composting a top priority” in his 2019 budget and allocate funds to offer recycling services to all Denver households and reward those households that reduce their waste by recycling and composting.

What More Can be Done

So how can the city of Denver further incentivize proper waste diversion practices for its residents? According to Pitt from Denver Recycles, Denver could benefit from taking notes from other cities that do practice effective waste diversion.

“Communities that have aggressive zero-waste goals typically use an array of tools for capturing the low hanging fruit to getting down to the nitty gritty for last few percentage points,” she said.

She offered six “industry best practices” that Denver could use to make recycling and composting appealing and accessible to its residents. They are listed below.

1. Provide access to easy to use services.
2. Educate residents about effective waste diversion practices.
3. Implement utility-style fees for services, or “pay as you use” fees.
4. Create mandatory recycling, whereby fines are given if recyclables are found in the trash.
5. Enact disposal bans at the state level.
6. Draft producer responsibility programs which would include fees and take backs.

Overall, a lot needs to be done to achieve the Denver 2020 goal. And while the city needs to create more incentives for the population at large, all Denver citizens and private businesses can take up the charge on their own to help reduce our collective waste. To get you started, check out the city’s website or go here for some more tips.