Natural Magics owner, Jennifer Joseph, isn’t just a talented pipe maker, she’s a talented crystal pipe maker. Through the practice of occult and crystal sciences, she turns the smoking experience into something more than just the high, guiding her customers to the road of higher connections and spiritual ritualism. Originally from Texas, Joseph found her new home in Denver and wanted to make an impact on an industry that sought out only a capitalistic approach. If the industry is going to hide the spirit of the plant, Joseph is going to cast it back to the light with her words of wisdom and her practices that inspire balance and understanding. 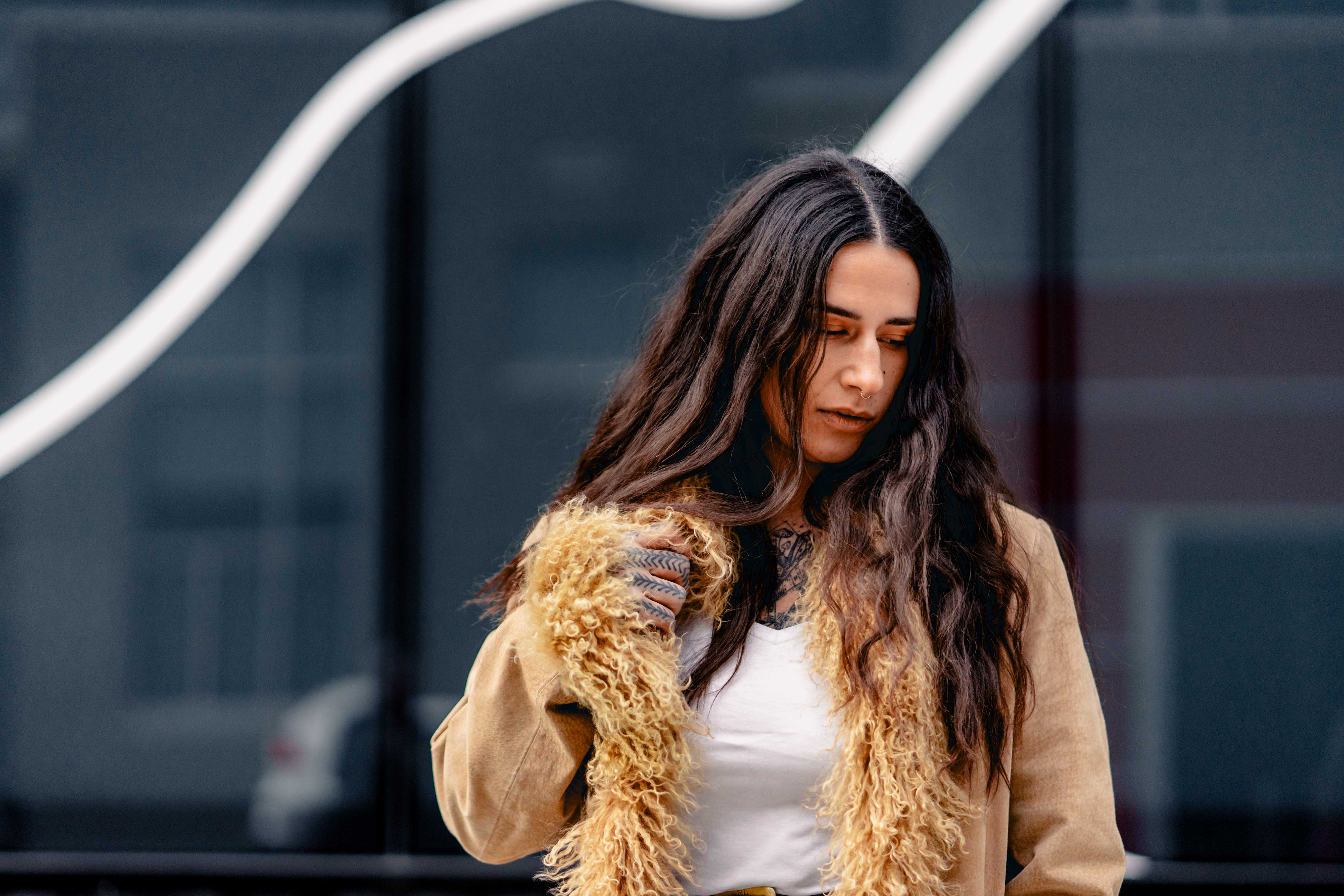 303 Magazine: How does being a pipe maker and spiritual woman meld together for you?

Jennifer Joseph: I like to tell people I’m a witch for hire, but mostly I create ritual tools in the form of crystal smoking pipes. I curate crystals and other witchy shit for serious collectors and practitioners. I also read Tarot for spiritual growth, self-awareness and alignment with the highest self.

303: Before we delve into the concept of occult science, what does it mean to be a ritual pipe maker?

JJ: It has everything to do with the intention that I pour into my work. I began making pipes from the perspective that there really wasn’t anything for me in the cannabis community at the time. I was the only person speaking of ritualizing the use of cannabis, the deification of the spirit of the plant and seeing Her as something that calls the user to be more mindful of their smoking practices. The intention is the difference between reaction and response, I feel. I enjoy encouraging people to smoke, especially cannabis, as a ritual or as a response versus a reaction. 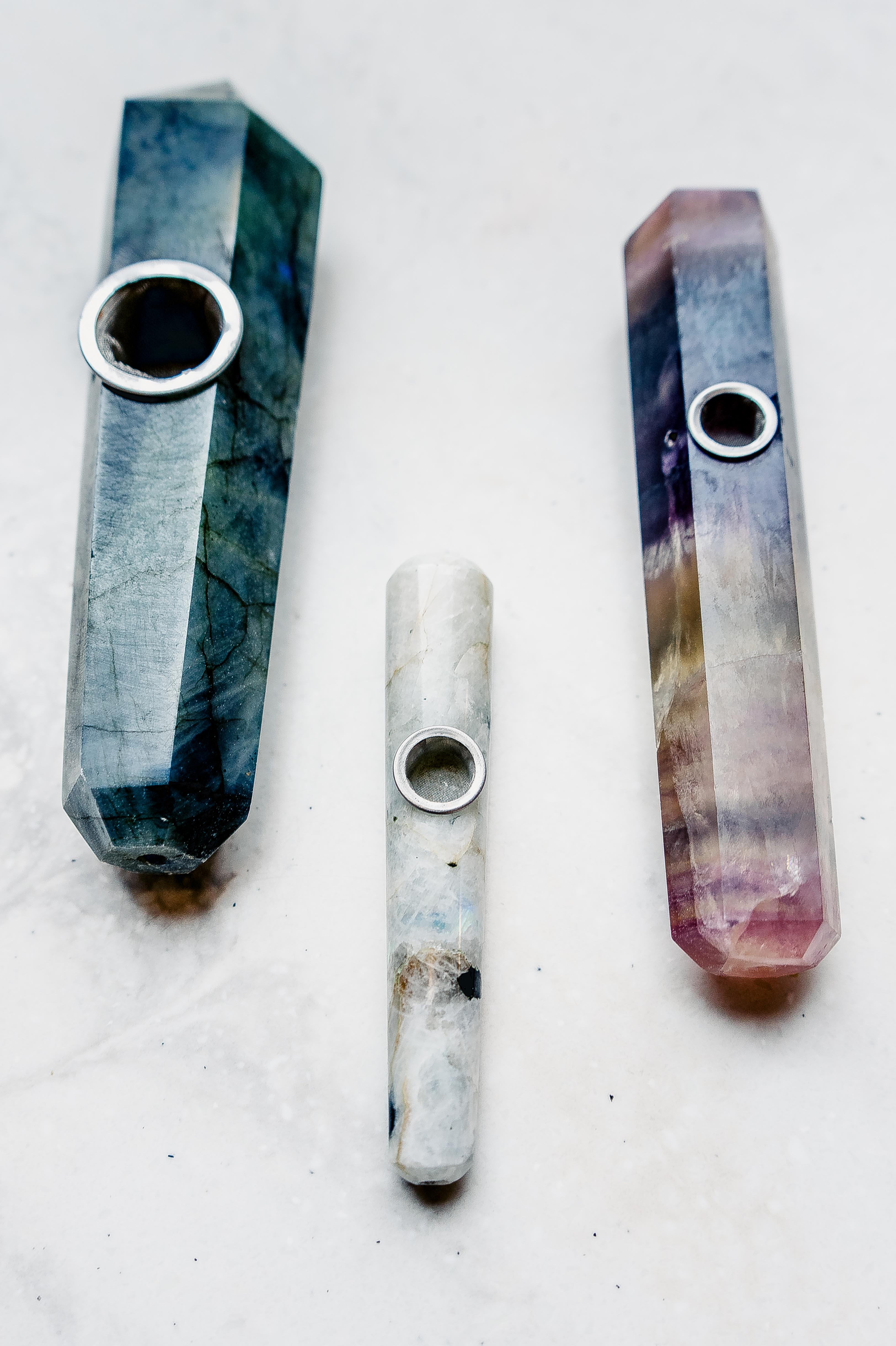 303: What would be the most insane stone you’ve worked with?

JJ: That’s tough. I’ve worked with some of the most beautiful hand mined raw material like aquamarine from right here in Colorado. Including Amethyst Aura, but I think the most energetically potent stone I ever worked with was this big, raw Auralite 23 Point that was mined in Canada. It’s a relatively new discovery and contains 23 different minerals — chiefly amethyst but this piece had a high concentration of hematite — making the tip deep red. It had a ton of celestial points on the tip. It was wild. The babe I turn to when I need my chakras realigned owns that piece and I’m so glad she does!

303: One of the most interesting aspects of your pipe designs, besides the many different stones being used, is the many shapes and structures that become the final product. With such raw material do you get to chose the designs or does the stone decide?

JJ: The crystals are really doing the heavy lifting here. I spend so much time searching through them, holding every single one, looking for the signs that there’s a pipe in there. I leave a lot of crystals raw to show their natural crystalline structures because that’s one of the coolest things about crystals. The shape we see naturally in the shape of their atomic arrangments. I also source some wands from local dealers and any cool ones I find at gem shows. 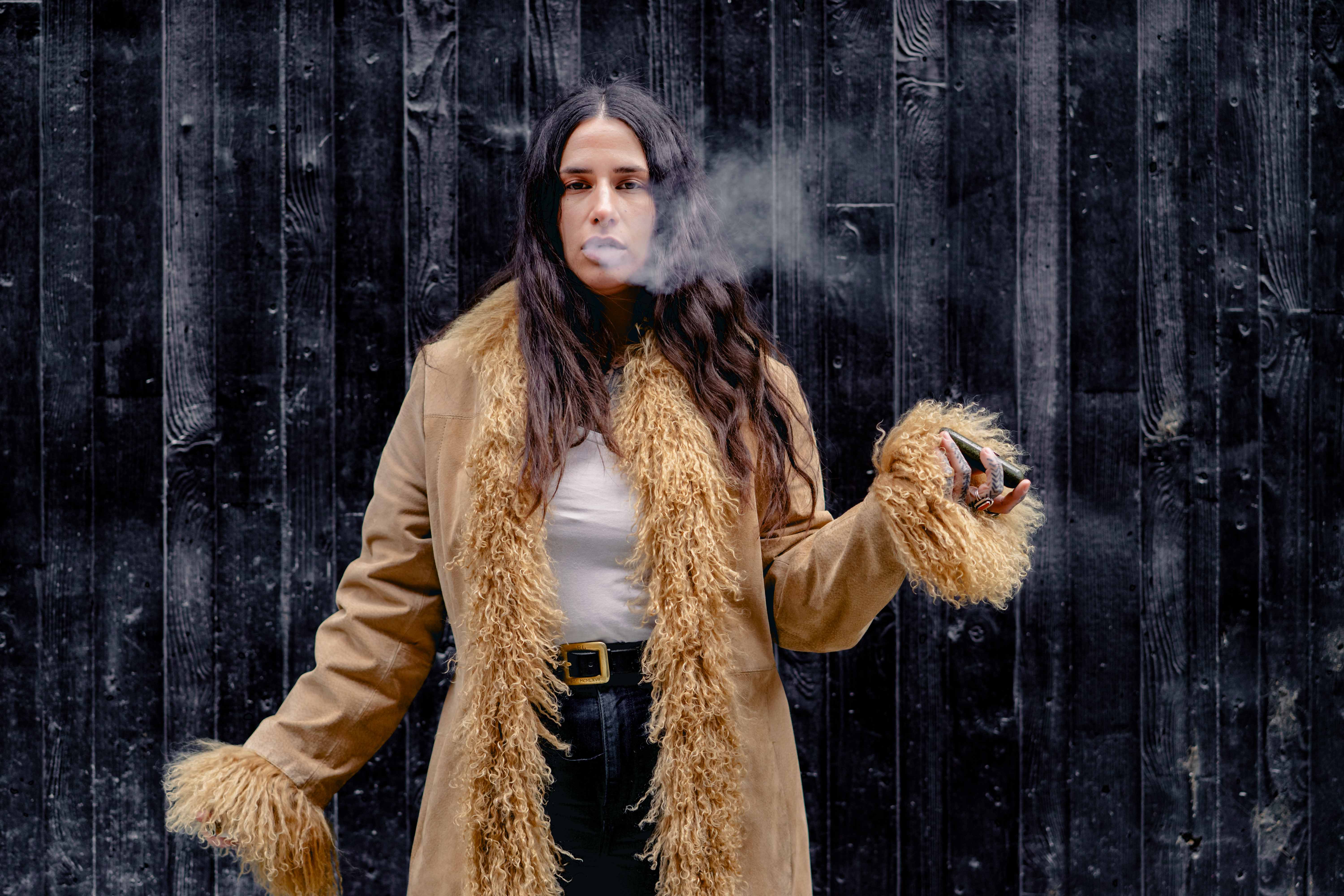 303: Would you say that smoking from a certain stone, you would be able to connect with that stone’s energy?

JJ: Yes, totally. From what I have learned about energy and vibrations. I think that any time a crystal is in our aura or our immediate surroundings, we are being entrained to their higher vibrational influence. Nikola Tesla said, “If you want to find the secrets of the universe, think in terms of energy, frequency and vibration.” Everything vibrates and vibrations are subject to influence. Crystals are one of the very few things in nature with next to perfect atomic geometry which gives them more of a resonant or powerful vibration. Humans are a pretty jumbled combination of lots of different frequencies, so we’re way more prone to discord. We don’t have an especially powerful base vibration, leaving us open to circumstances and other energies affecting us. That’s why we feel the tension in a room —tension has an energy profile that we’re all familiar with. I feel confident in asserting that by holding these pipes and smoking with them, the crystals, with their perfect atomic geometry, bring the vibration of you and whatever plant matter you’re smoking up. 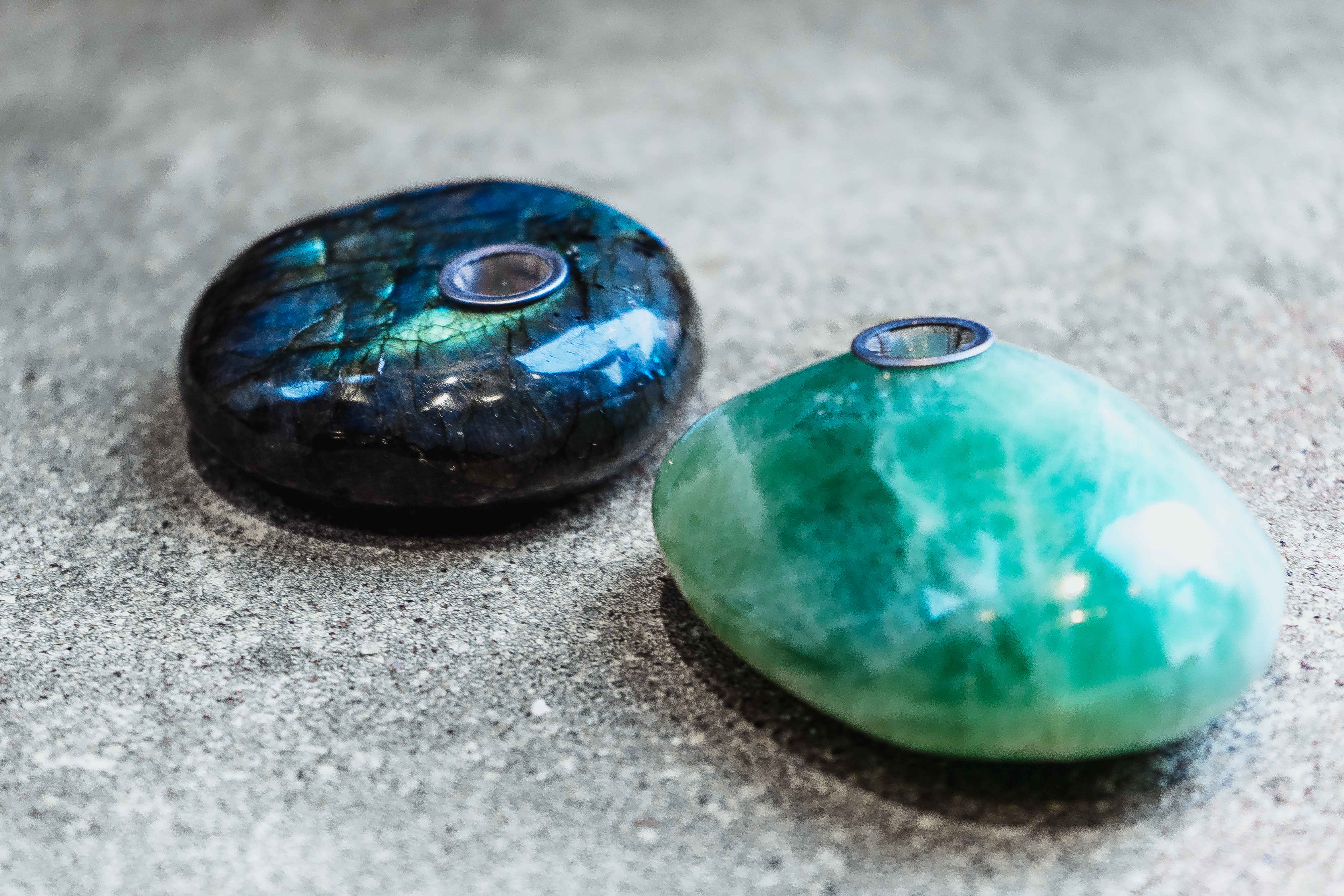 303: What stone have you connected to the most while designing?

JJ: I don’t generally connect super deeply to citrine, but this question immediately brought to mind a raw citrine point that I put into a pipe right after I found out my grandfather, Joseph, died. The entire time I made it, I chanted that Maha Mantra, which is Hare Krishna mantra that kept me from utterly breaking down. I think it took me three hours to make that piece and I don’t know how many times I got through that mantra but I’ve never felt so openly connected to a specific stone during and after chanting while crafting that piece.

303: Occult Science — how is this way of thinking or believing important to you?

JJ: It’s about being open, curious and experimenting with life. One of my favorite quotes is by Thomas Vaughn from his work, Anthroposophia Theomagica, written in the 1600s. He said, “a witch is a rebel in physics,” and I wholly subscribe to that perspective. Occult means hidden, so what I am truly saying is that I participate and experiment in hidden sciences. I use practices that are testable and repeatable. For example, getting into the trance or a state on gnosis, lucid dreaming or astral projecting. Also, divining and channeling how crystals affect us specifically, developing intuition and psychic gifts. All of that is personally testable in the same way scientists conduct experiments in labs. You just have to do the work and record faithfully. I want people to experiment with their consciousness because it’s only through experimentation and exploration that I’ve come to understand anything about life that helps me navigate it. 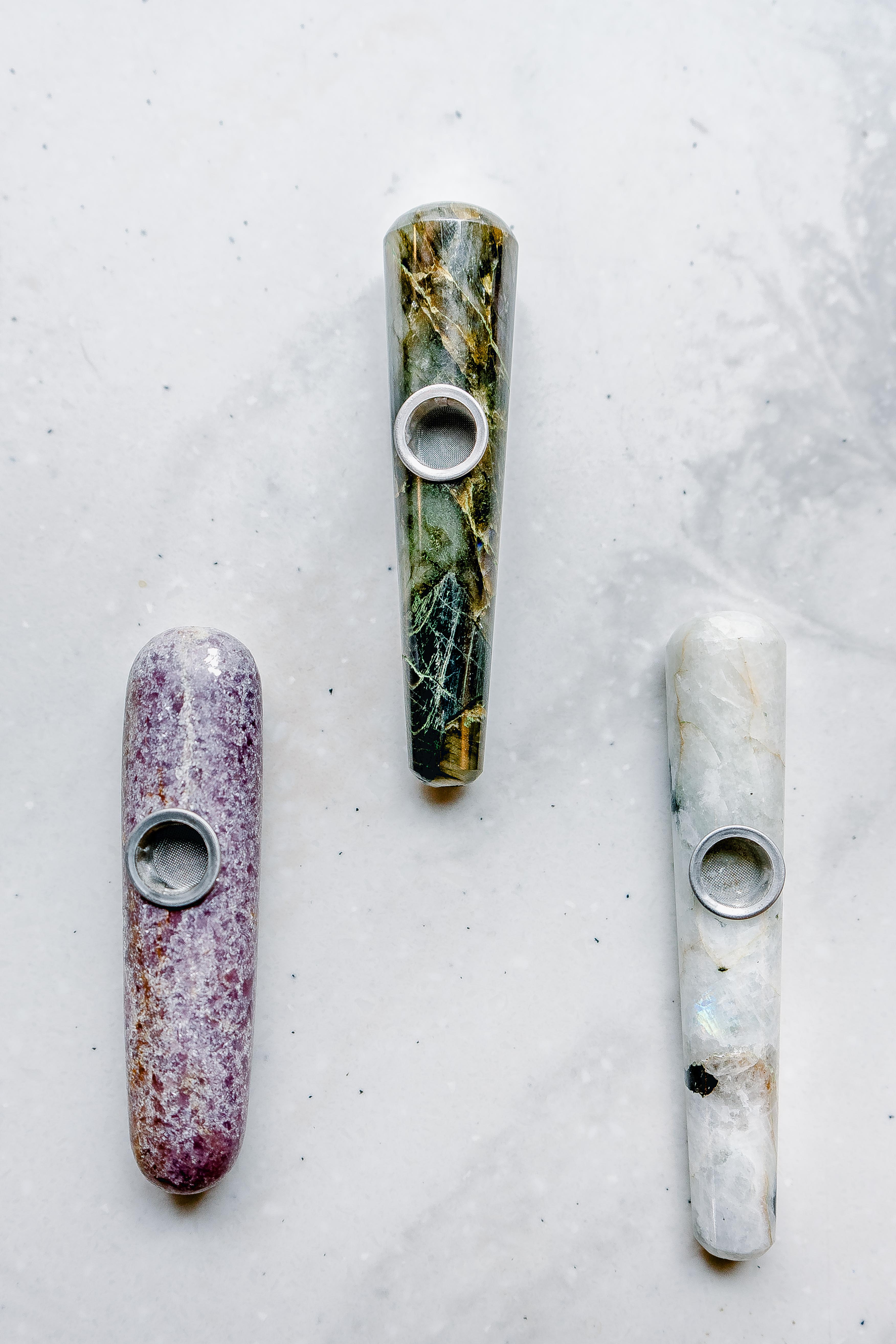