On Saturday night, Black Pistol Fire took over Globe Hall, a new-ish Denver venue that’s racking up quite a tab for hosting sold out shows. Since opening just over two years ago they’ve sold out the likes of !!! (chk chk chk), Allan Rayman, BROCKHAMPTON, Tank and the Bangas, Black Pistol Fire and more. Through all of these sold-out shows at the venue/BBQ joint combo, we’ve started to notice — they don’t ever suck at Globe Hall. In a day and age where tickets are being over-sold at venues, Globe Hall is a breath of sweet and smoky, BBQ-tinged fresh air.

The Globeville venue was recently acquired by AEG promoter Scott Campbell who has undoubtedly been bringing some fantastic acts through Denver. Campbell is no stranger to booking great shows at small venues having done so in the past with Larimer Lounge. We talked to Campbell on the matter and he said, “Most people in the music community in Denver already were aware of and loved the Globe Hall. Once you booked it seriously and put a lot of shows in there, it wasn’t a difficult sell — everybody wanted to come see shows there.” This time around Campbell has a 250-person venue on his hands which includes the venue side and the restaurant side. This layout allows attendees to spread out, and not all cram together into one place. “I like how the venue has a lot of room and how there are different places to hang out — in the front room eating BBQ, on the back patio, or in the band room,” Campbell continued, “It has a great layout that reminds me of so many cool clubs in Austin.” 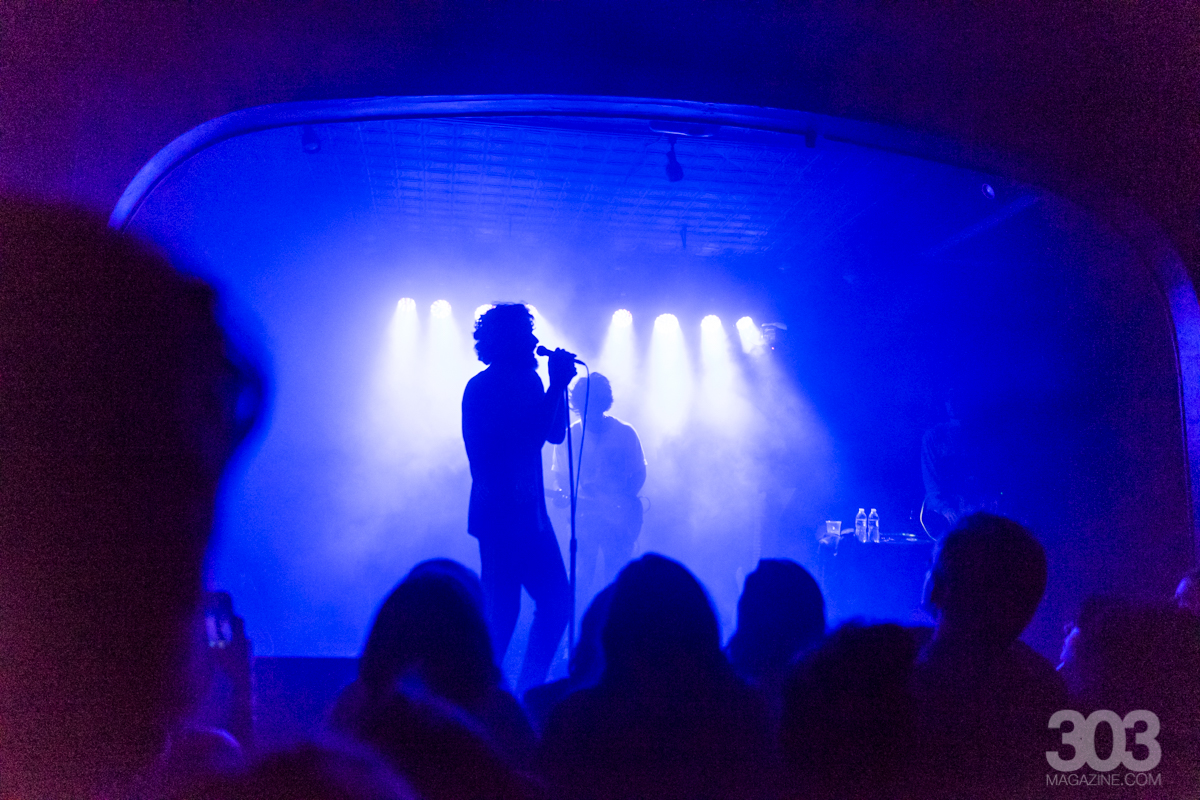 All-too-often concert-goers get stuck on the balcony stairs for a show at the Ogden or stranded on the planter boxes at Red Rocks Amphitheatre, and it’s not as easy to have the good time that you paid for (READ: We Found the Bad Seat at Red Rocks During Beck). With the music scene that Denver has and the enormous talent that promoters bring through the Mile High, it’s incredibly often that shows sell out. Globe Hall is no exception, celebrating sold out shows throughout its short two years of being open. The thing about Globe Hall that differentiates itself from some of the other venues in Denver is that it’s never overwhelmingly populated. Oh, and the barbecue — “You can’t get Texas Style BBQ at a show anywhere else in Denver!” claimed Campbell.

READ: Denver Concert-Goers Discuss Anxiety And How to Cope at Concerts

There’s always room to move — it’s not as claustrophobic as one would think a small venue would be, especially during a sold-out show. The black curtains that line the walls may cover sentimentally old Denver concert posters, but they make the venue far less cluttered-looking and anxiety-inducing. It makes it hard to believe the venue holds 250 people.  Though sold out, the crowd becomes more and more dispersed the further you walk back from the stage, and if you do have to make that trek — from the stage to the back — it’s not horribly inconvenient having to trample others in the process, as the crowd is fairly dispersed. Not to mention Globe Hall posts the set times on a sheet of paper at the venue entrance, allowing fans to plan their nights appropriately. 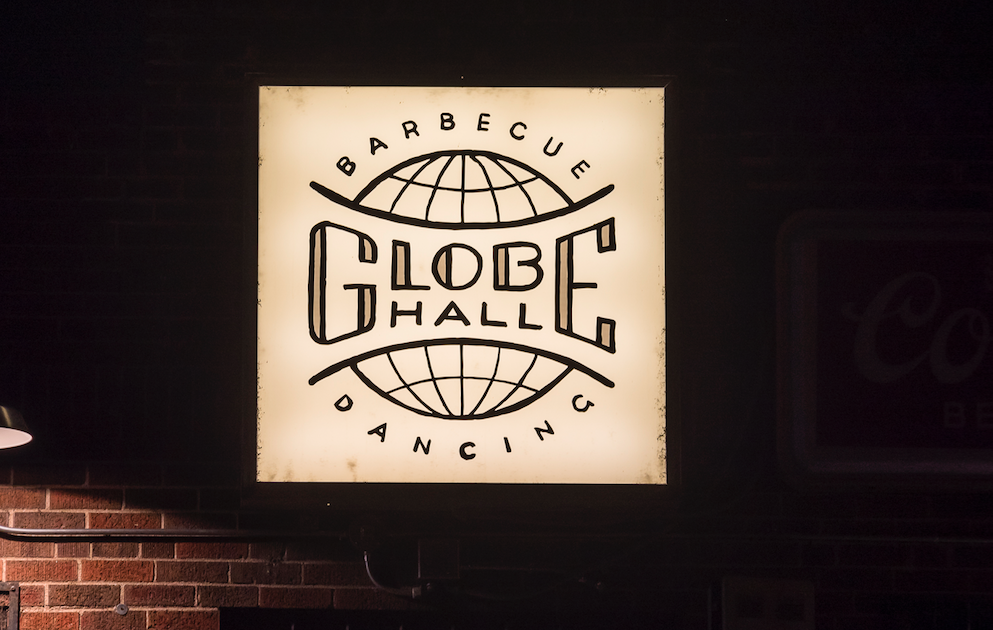 As with almost any concert, if you want to be close to the performer, you’re going to have to pack it in a bit. Which also means it may get a little steamy — concert-goers passed out at the sold-out BROCKHAMPTON show. But if you’re someone who needs space, Globe Hall’s speakers set at mid-venue help you get the full effect of the show while still having room to mosh, dance, stand still — whatever your live-music-loving heart desires. Now, we should note that this comfortability with sold-out shows isn’t due to some generous gesture — it’s simply due to Globe Hall’s 250 person maximum capacity limit. 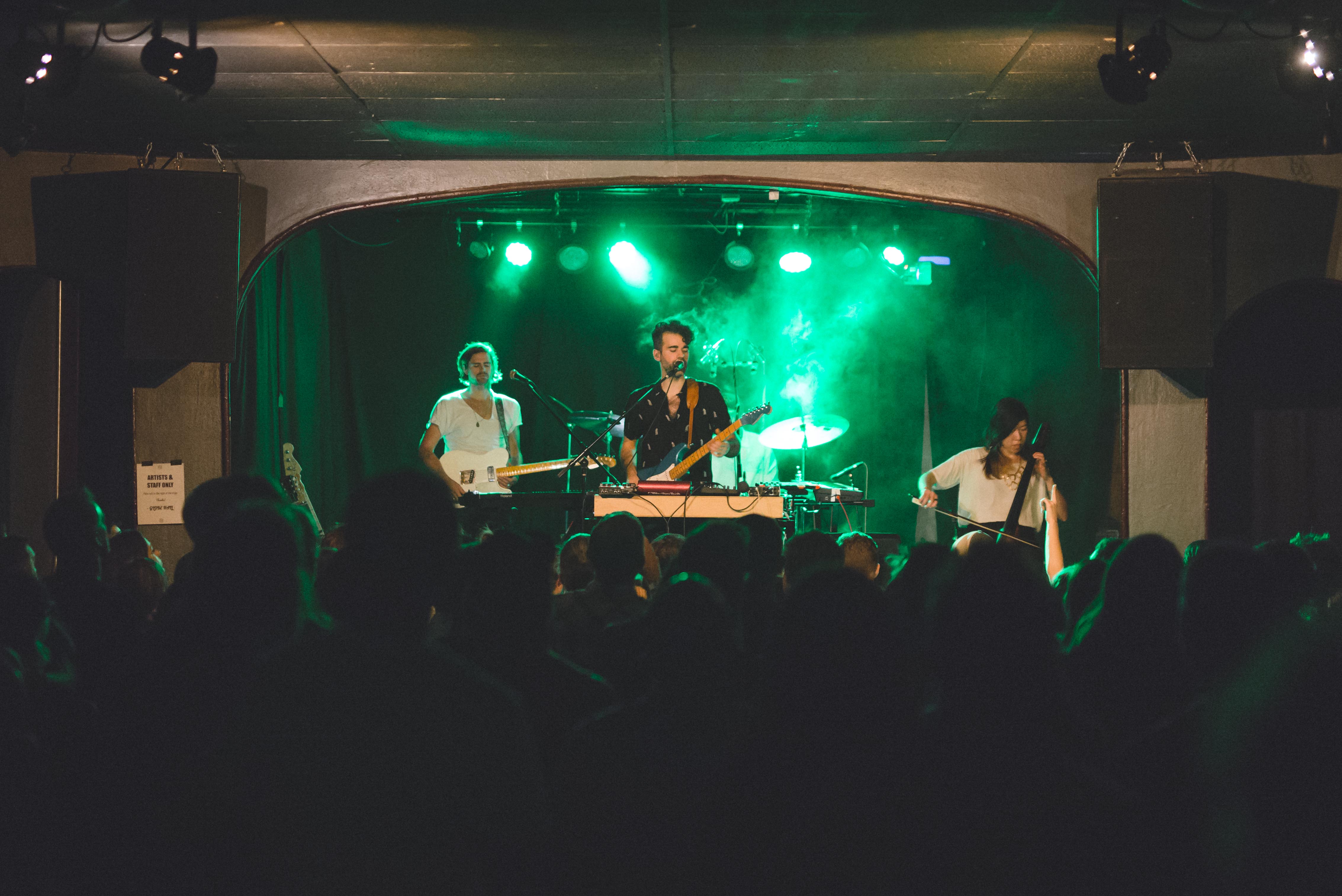 Globe Hall claims they’re gearing up for an awesome 2018 schedule and we’re excited to see what’s in store. Like any other venue, the Globeville locale has its downfalls. But the fact of the matter is, Globe Hall is refreshing when it comes to sold out shows, and we sure hope it stays that way.

Go here for more information on Globe Hall or to check out their schedule of events.