Denver welcomed Black Pistol Fire to the Mile High this past Saturday night with open arms and a sold-out audience. The Austin, Texas duo is touring in light of their album released in September of this year, Deadbeat Graffiti — a return after an opening set for Gary Clark Jr. at the Ogden Theatre last year. This time around they stopped by Globe Hall — where 2015 tour posters for Steve Aoki at the Ogden and other old concert posters hide under the black curtains lining the venue walls. On this night, the diverse crowd gradually grew for the show at hand, lining such walls or exploring the bars and barbecue. Several guitars were stored in the hallway by the stage colored in various shades of pinks and blues, further fueling the lingering excitement in the air. 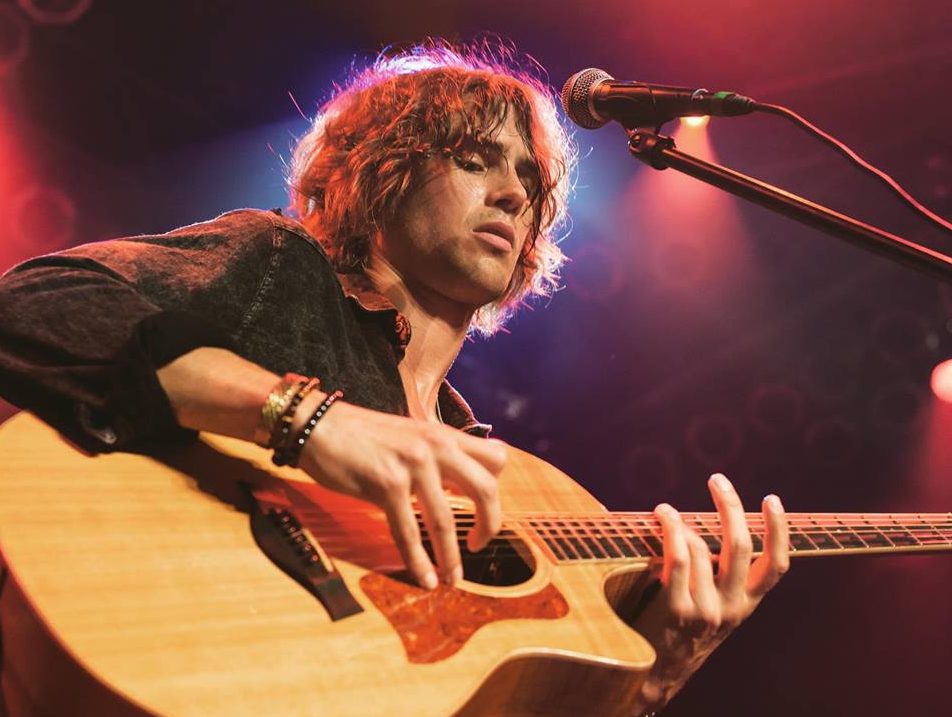 Cobi Mike (stage name, Cobi), a singer/songwriter from Minnesota, opened the show. His two bandmates entered the stage first with loud brass, vocal and bass-fueled backtrack, eventually followed by Cobi himself. The rock vocalist isn’t new to the game, formerly belonging to the pop group Gentleman Hall. The musician released his debut single in 2016, and this was his first time performing in Denver with his two new bandmates.

READ – The Past Lives of Denver’s Favorite Venues

Cobi shined with fantastic rock vocals, at one point taking the spotlight for a solo where he boasted his static range. It was immediately clear that the musician was a fantastic pairing for Black Pistol Fire. However, Cobi wasn’t nearly as grungy or naturally energetic as the evening’s headliner. Seemingly still thriving off of his boyband past, he wore a shirt that was unbuttoned just a little too far, forced emotion through expressions and frequently asked for crowd involvement. Though an impressive performance, it seemed Cobi still has some growing up to do as a solo musician — a little more time to discover his sound. The random and occasional array of dub, funk and reggae influences amidst an Americana rock set were a perfect representation of that. Cobi spoke of his dream of playing at Red Rocks, and with a little more growth, we hope to see that happen one day. 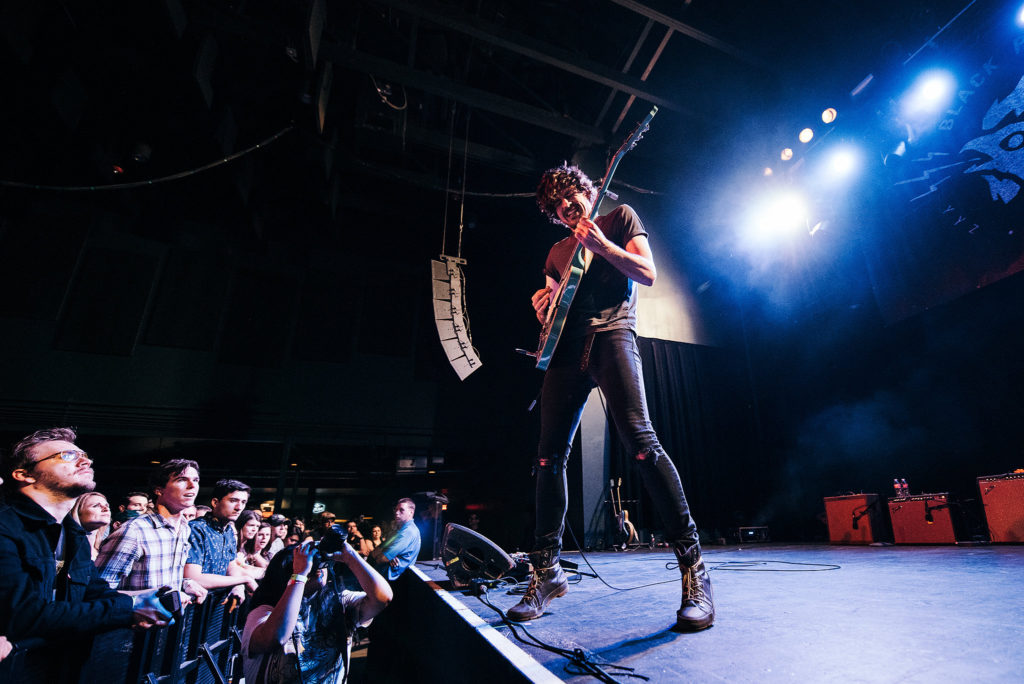 There was a short intermission between sets where the audience made their rounds to the bar and the bathroom. Taking everyone by surprise, the lights went out ten minutes early (Globe Hall posts the show’s set times around the venue) and “World A Reggae (Out In The Street They Call It Murder)” played over the airwaves. Black Pistol Fire stormed the stage and dove right in. They kicked off their set with “Lost Cause” from their most recent album, Deadbeat Graffiti, and kept the energy raging with “Hipster Shakes” from 2014’s Hush or Howl. Though they kicked off their set with two of their most popular hits, they didn’t let up after that.

The drums were set up all the way to the right of the stage, hidden to the side and masked in darkness, but occasionally lit up with strobes. Considering Black Pistol Fire is comprised of only two men, one would think drummer Eric Owen would be more front and center — especially with his impeccable classic rock star energy. But that wasn’t the case, which isn’t anything new for the band, but we wish we had an answer as to why.

Kevin McKeown scorched the crowd with stunningly impeccable vocals — between Owen and McKeown the energy was insane. McKeown was even in the crowd singing and playing guitar by song three. He jumped off the drum set multiple times and often changed guitars, keeping both the sound and the stage presence exciting. 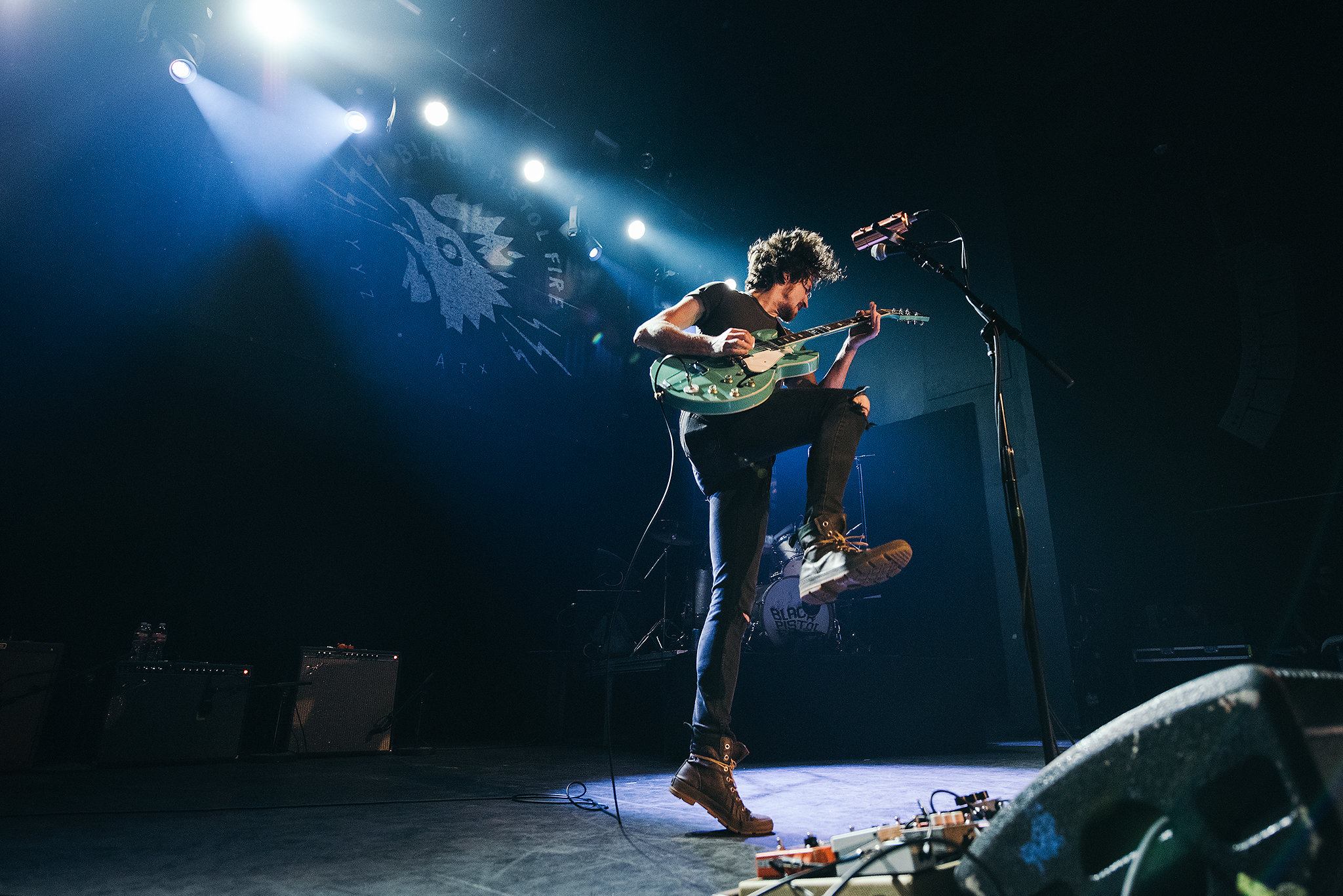 Black Pistol Fire expectedly played a chunk from their new album but wove in others throughout the night. One album that was neglected was 2016’s Don’t Wake the Riot, but the duo has a lot of material to cover as is. Regardless of whatever album or song the duo performed, their flow never felt forced — McKeown and Owen’s movements and gestures seemed natural as if the two were simply being themselves, loving what they do. Their stage presence wasn’t calculated — to them, it was generated instinctively as if rock ‘n’ roll is simply in their blood. This naturalism of blissful energy from Black Pistol Fire was reflected in the crowd, who willfully participated in crowd involvement. The evocation of the crowd’s cheering, clapping and dancing was as effortless for the band as their attire — McKeown donned a white t-shirt and Owen, no t-shirt at all. Bringing their stage presence and pristine instrumentation/vocals full circle, Black Pistol Fire’s foolishness and carelessness cemented that their set at Globe Hall was exactly what a modern, live rock set should look like.